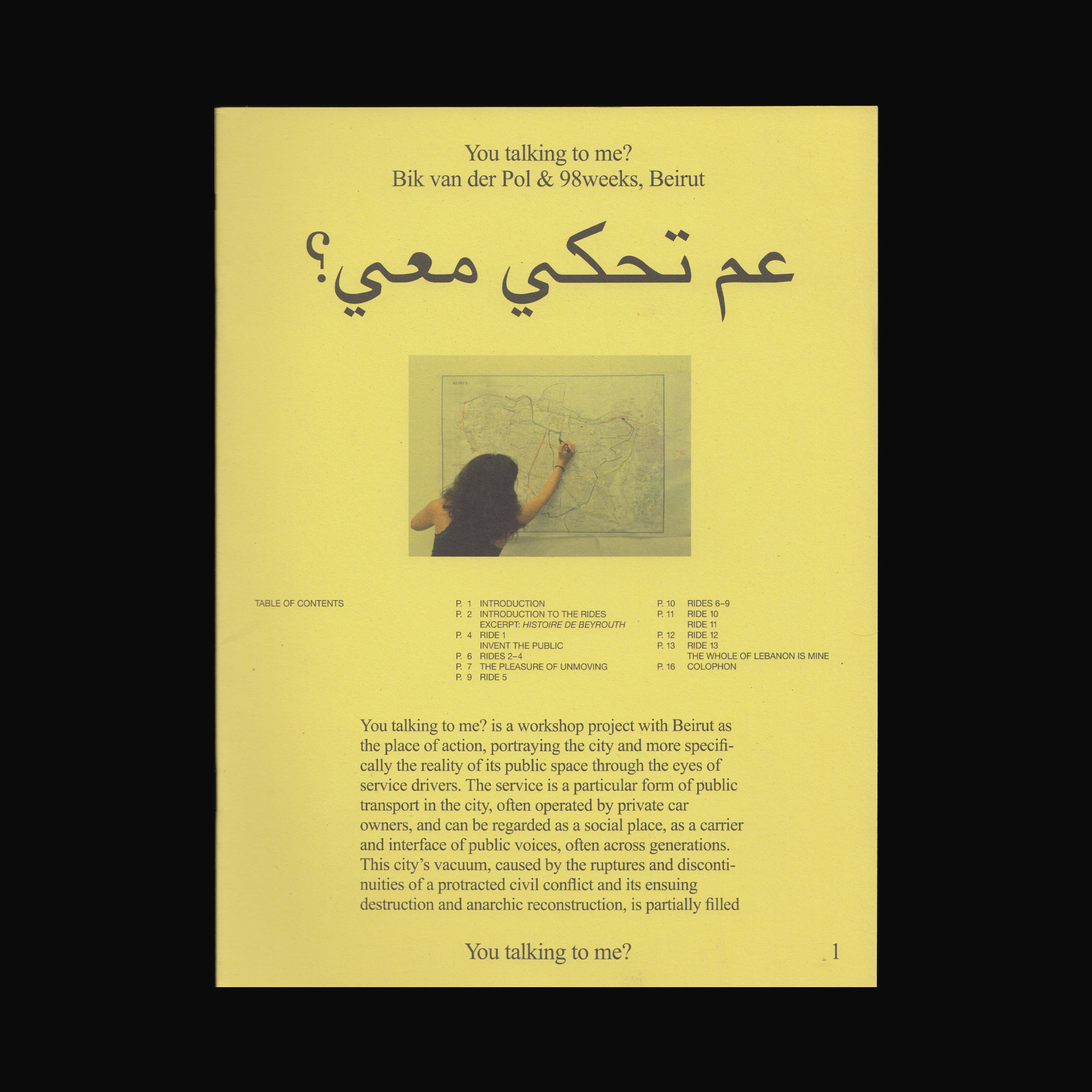 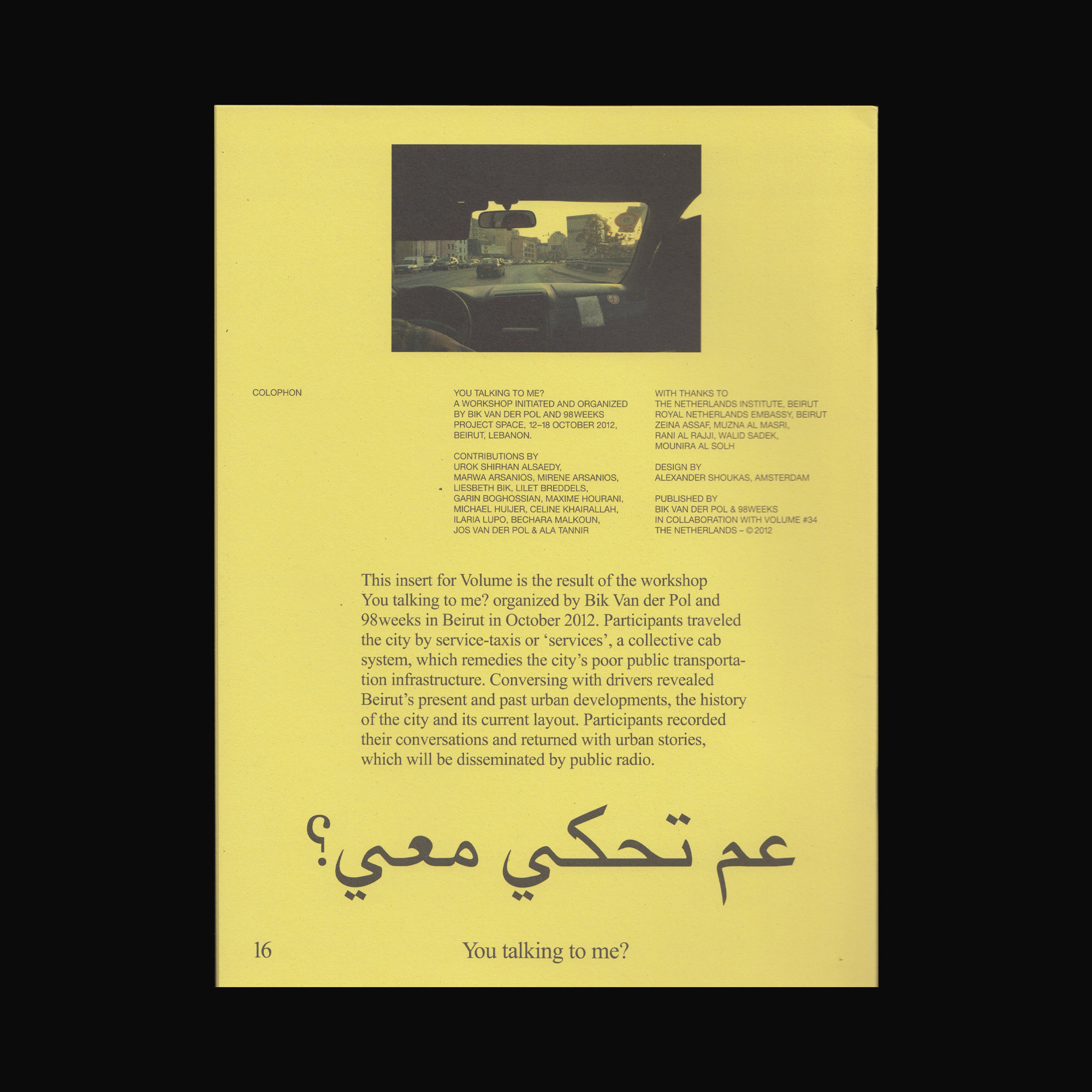 You Talking To Me? Bik van der Pol

Produced on the occasion of Bik van der Pol’s workshop You Talking To Me? At 98 Weeks, Beirut, 12 – 18 October, 2012. In this workshop, participants travelled by taxis, talked with drivers, recorded their conversations, and returned with stories which were disseminated by public radio during hours negotiated with a radio station. The taxi was regarded as social place, as carrier and interface of public voice, knowledge/history, often across generations. By choosing the taxi, the project also subtly touched upon two major urban management issues in Beirut: lack of public space (spaces of collectivity) and transportation.