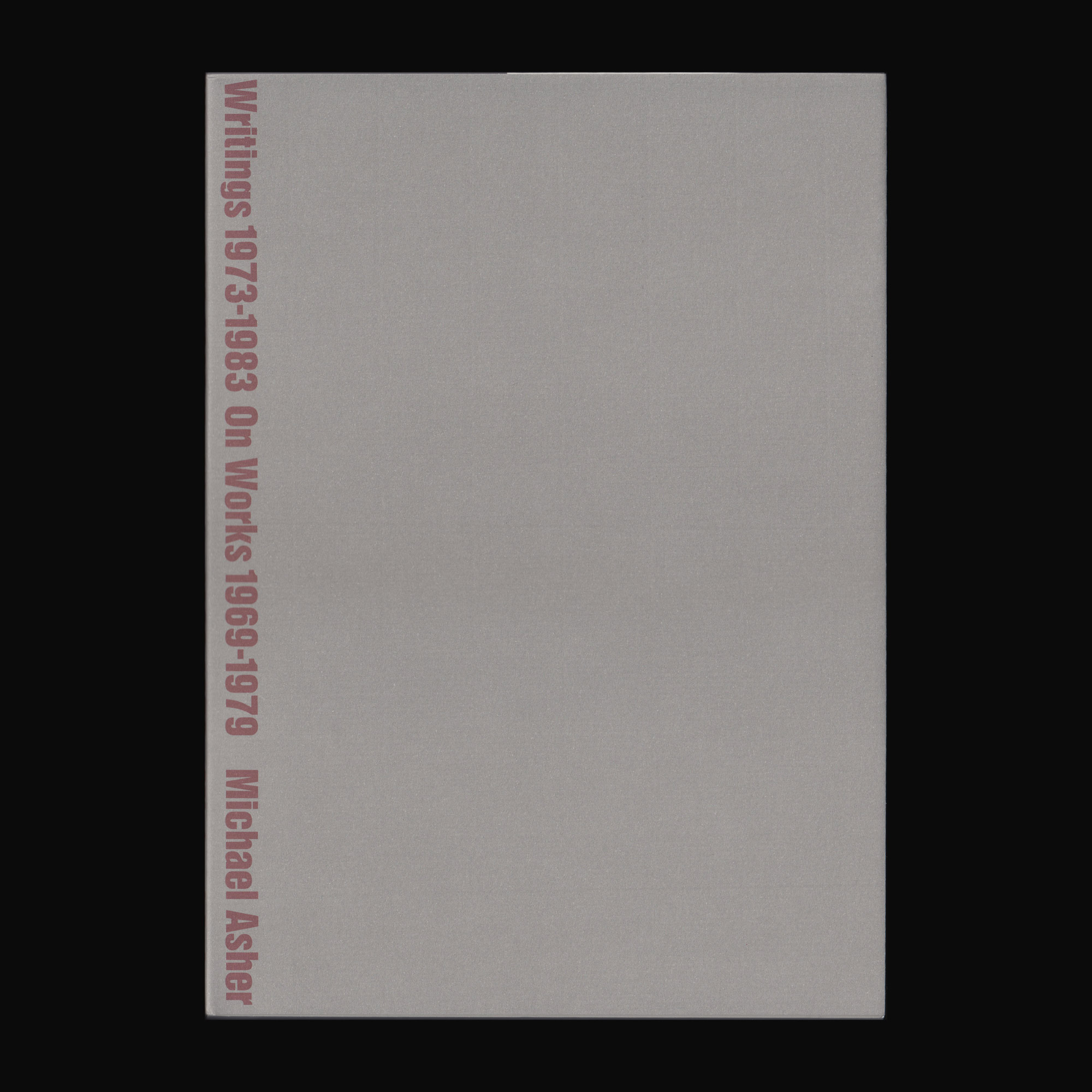 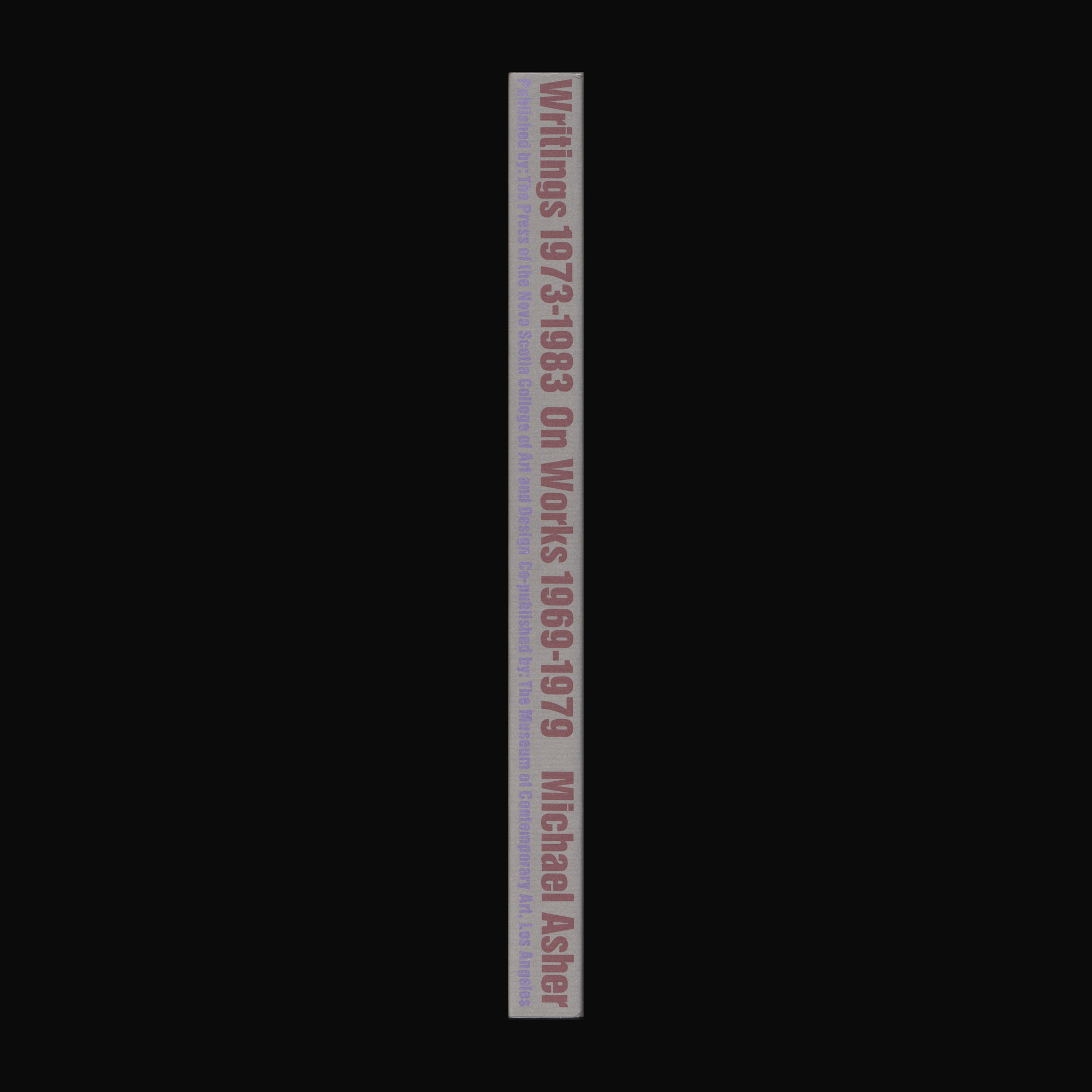 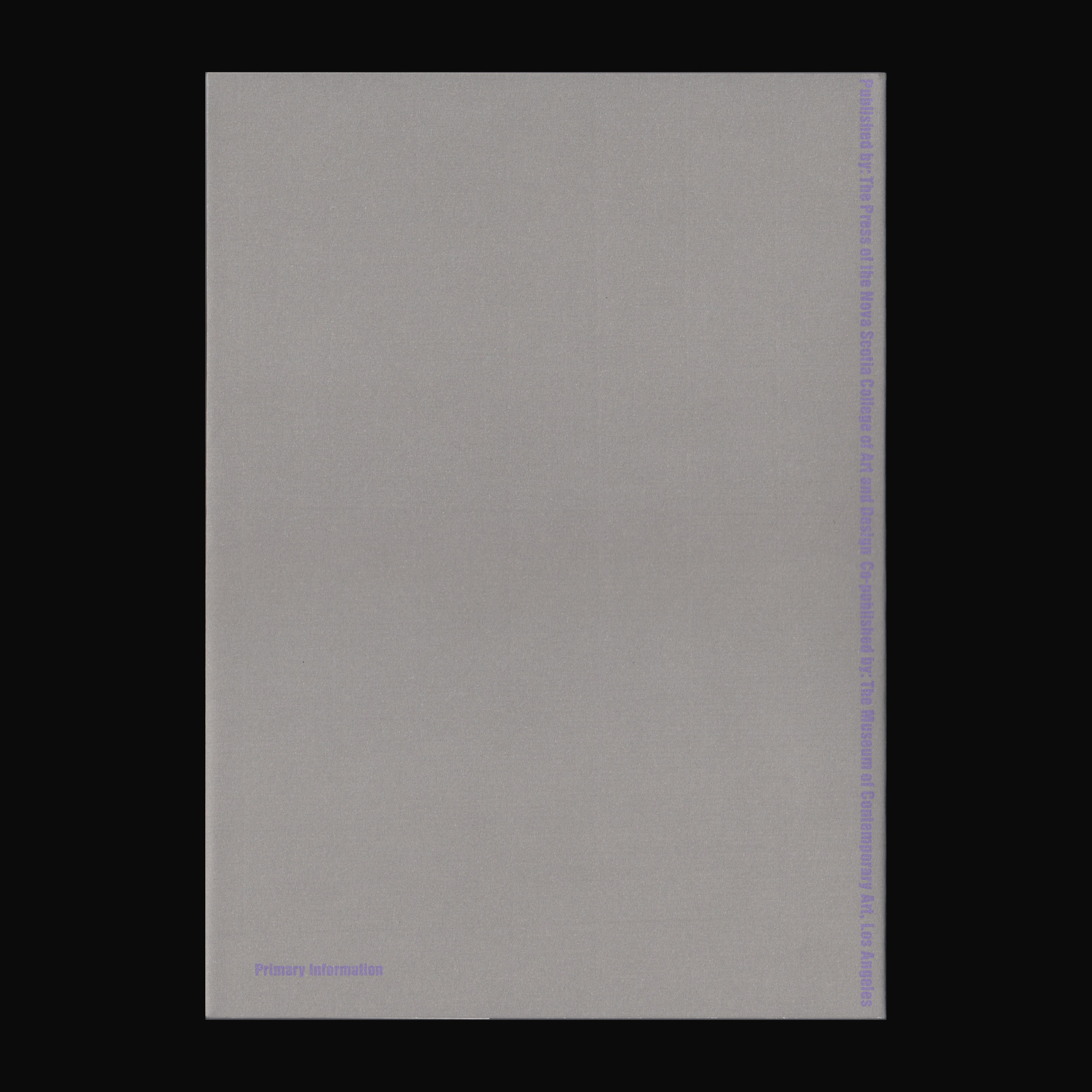 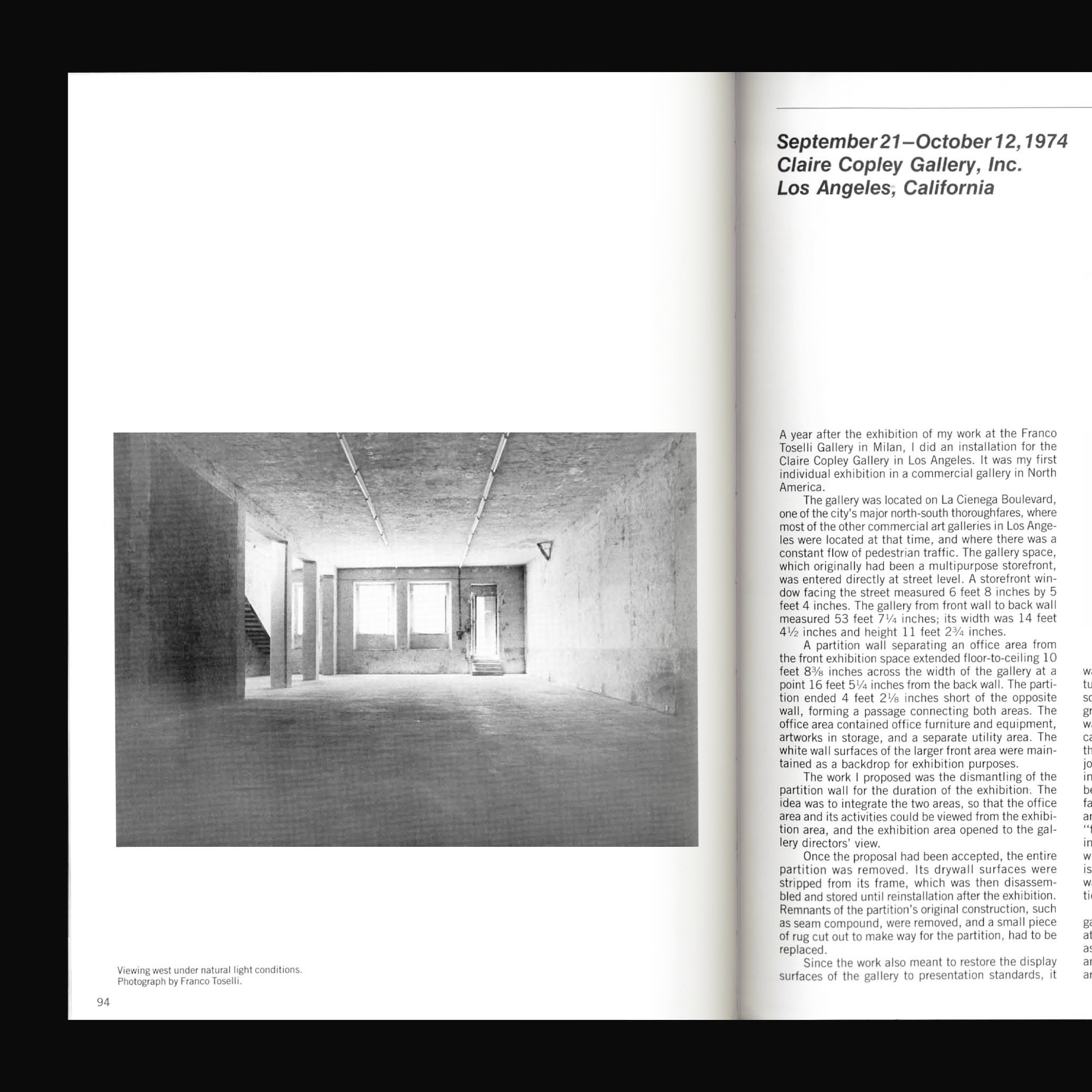 Writings 1973–1983 on Works 1969–1979 is an essential document of a decade of formative work by Michael Asher. Originally published in 1983, the book presents 33 works through the artist’s writings, photographic documentation, architectural floor plans, exhibition announcements, and other ephemera.

Initiated by Kasper König, Writings 1973-1983 on Works 1969-1979 was originally co-published by the Press of the Nova Scotia College of Art and Design and the Museum of Contemporary Art, Los Angeles, and was largely shaped by Asher’s close collaboration with art historian Benjamin H.D. Buchloh, who succeeded König as editor of the press.