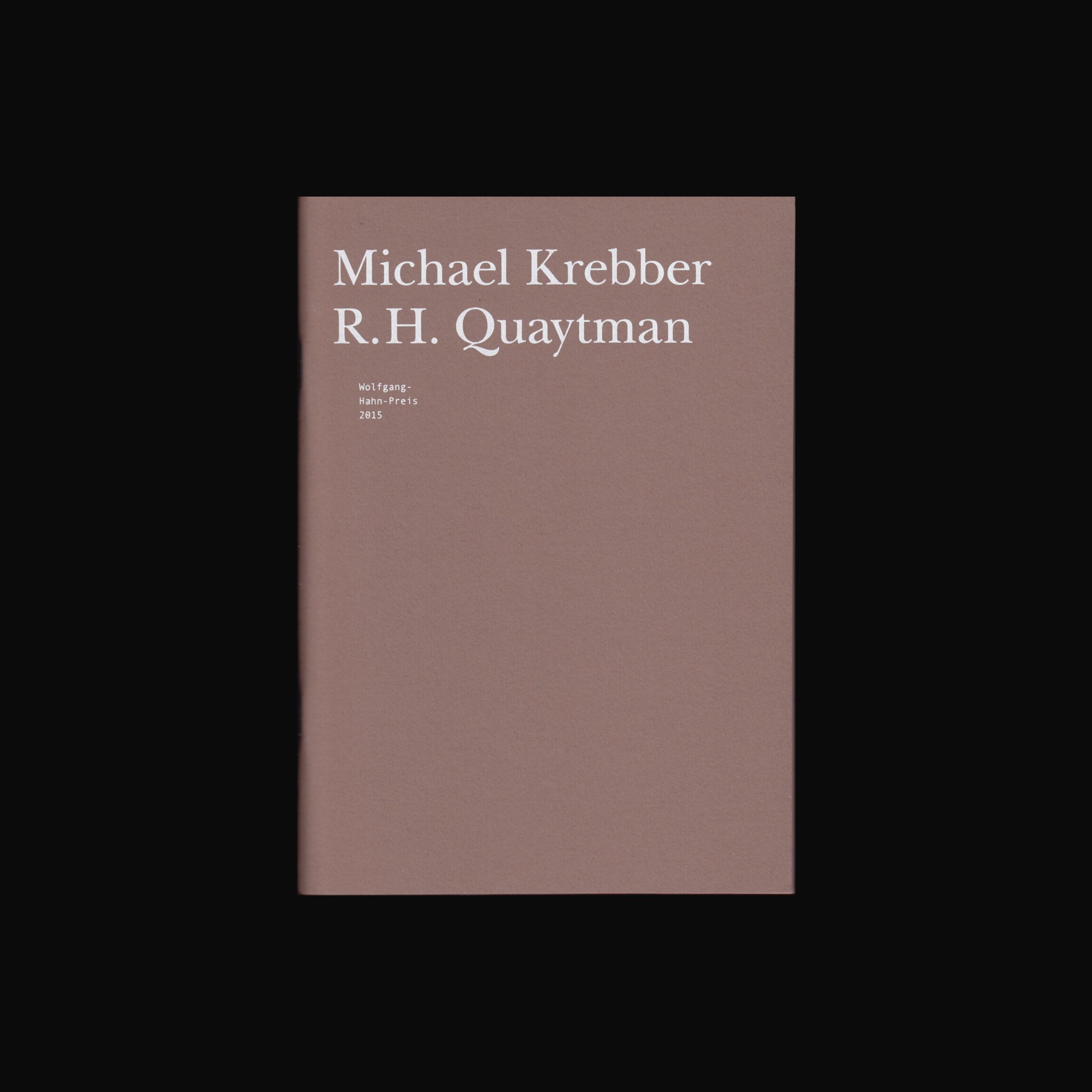 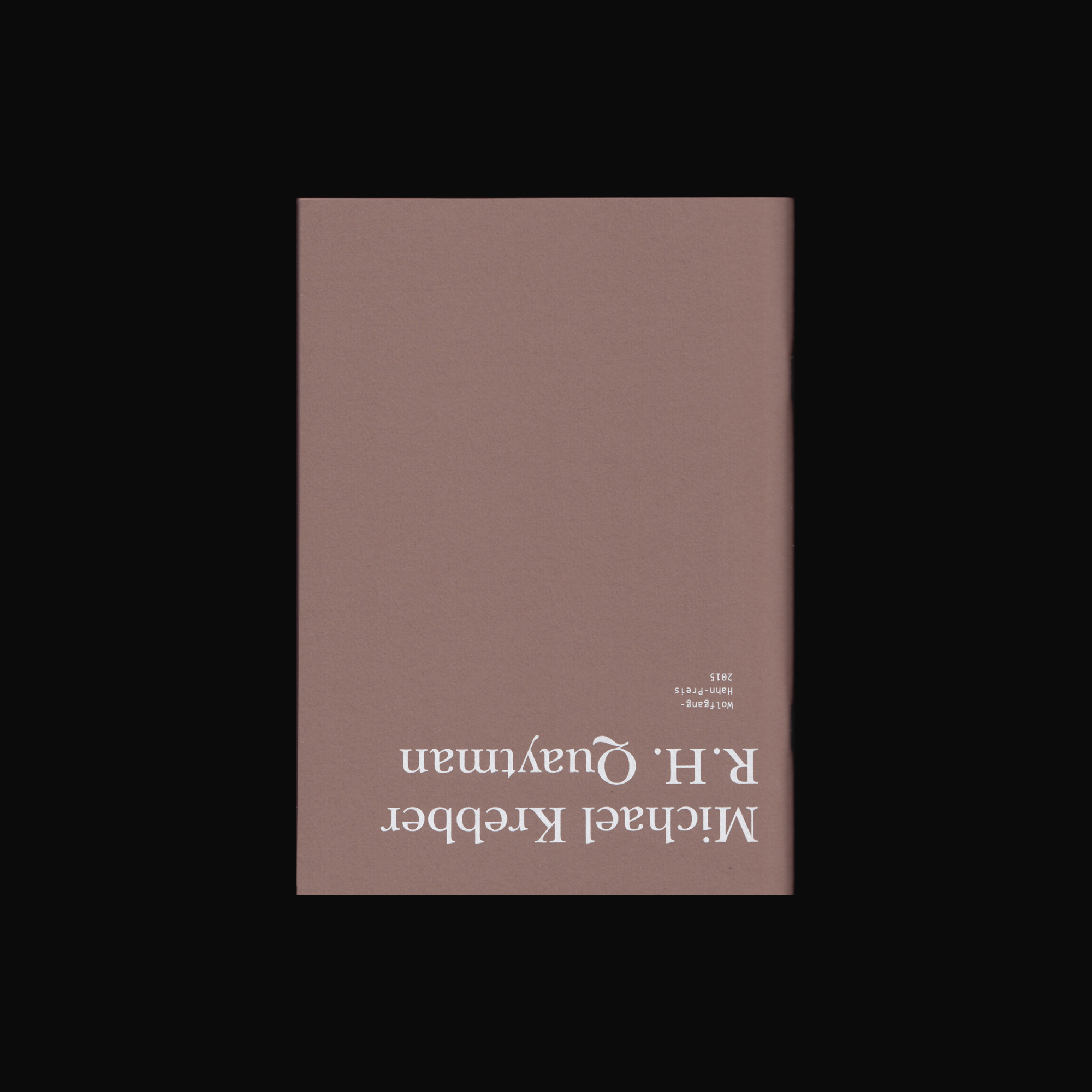 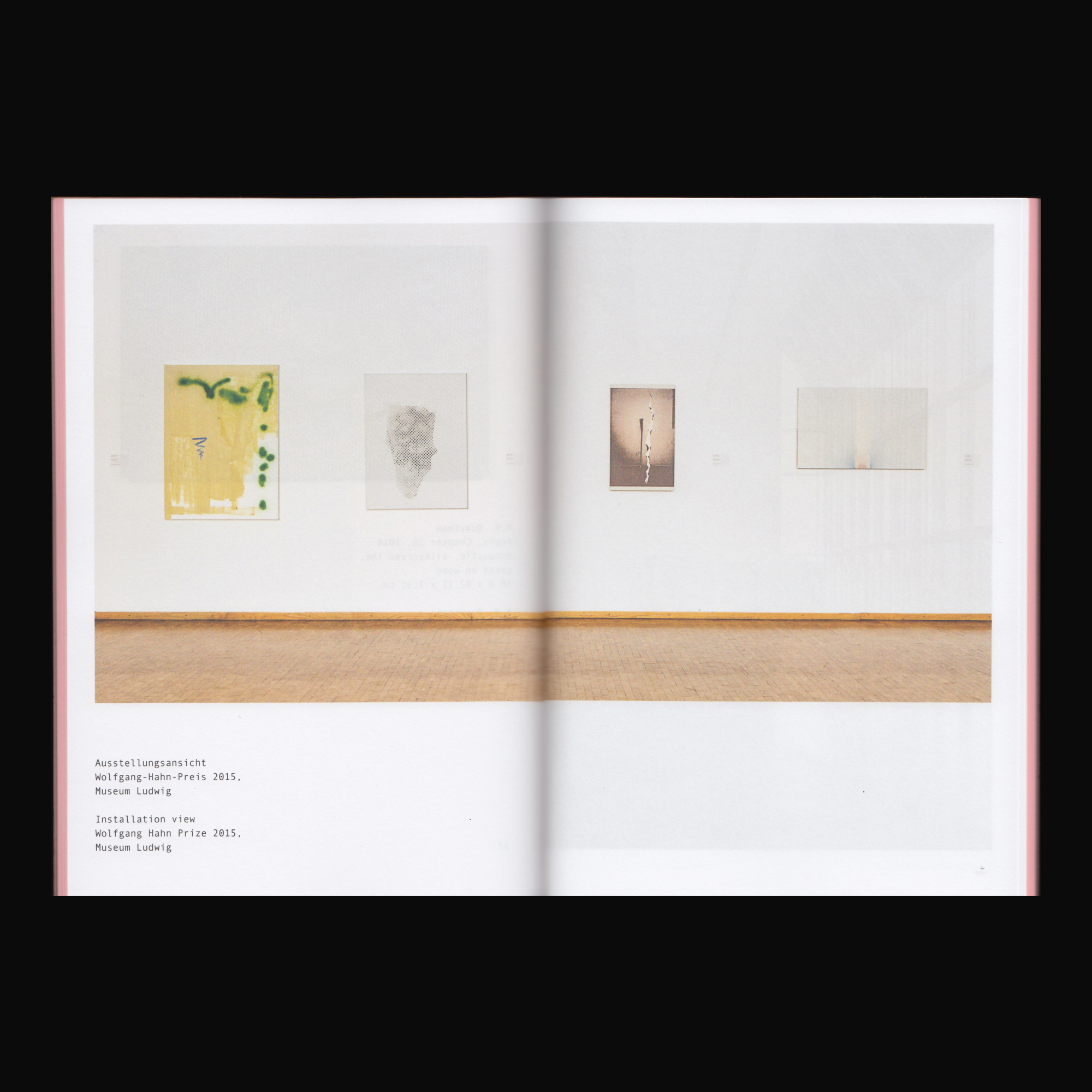 Price: €8 (Temporarily out of stock)

Established in 1994 in honour of the Cologne art collector Wolfgang Hahn, the Wolfgang Hahn Prize has since been awarded annually to an exceptional, internationally known artist who is nonetheless not yet well known in Germany. In 2015 the prize was awarded for the first time to two artists, R. H. Quaytman and Michael Krebber. This publication honours the prizewinners, both of whom approach the medium of painting from a decidedly conceptual standpoint. With a foreword by Mayen Beckmann, an introduction by Yilmaz Dziewior, a laudation by Daniel Birnbaum, and an afterword by Hanspeter Sauter.