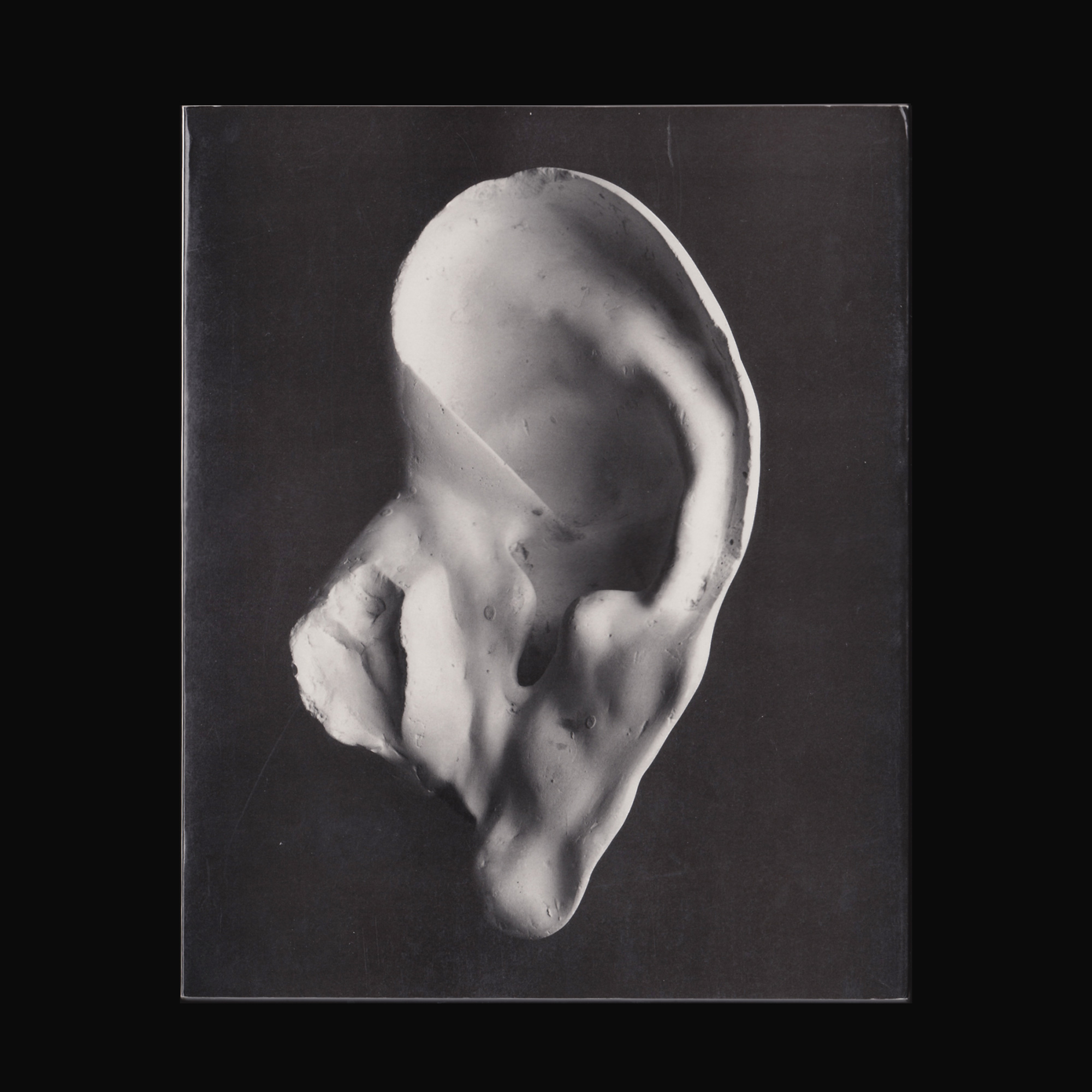 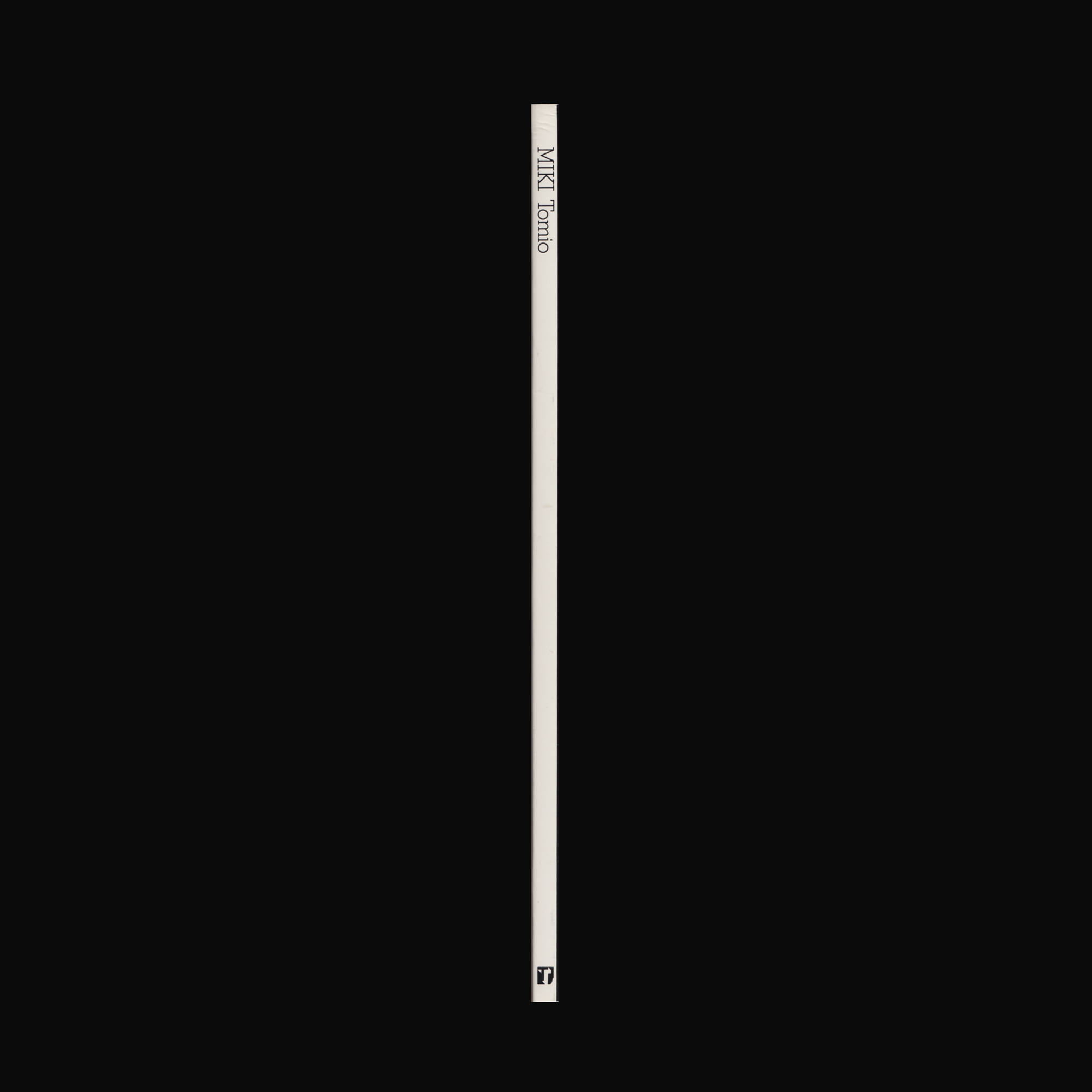 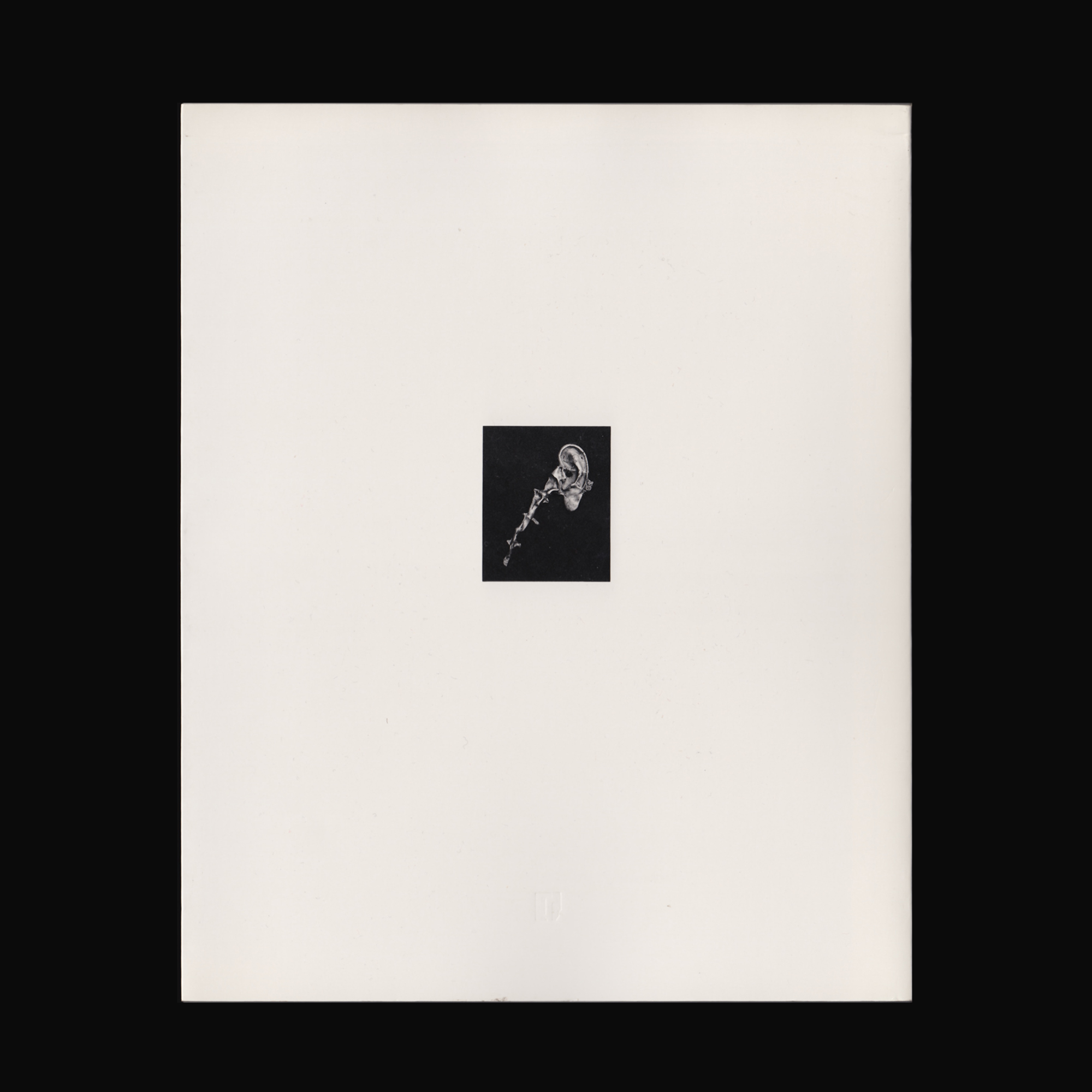 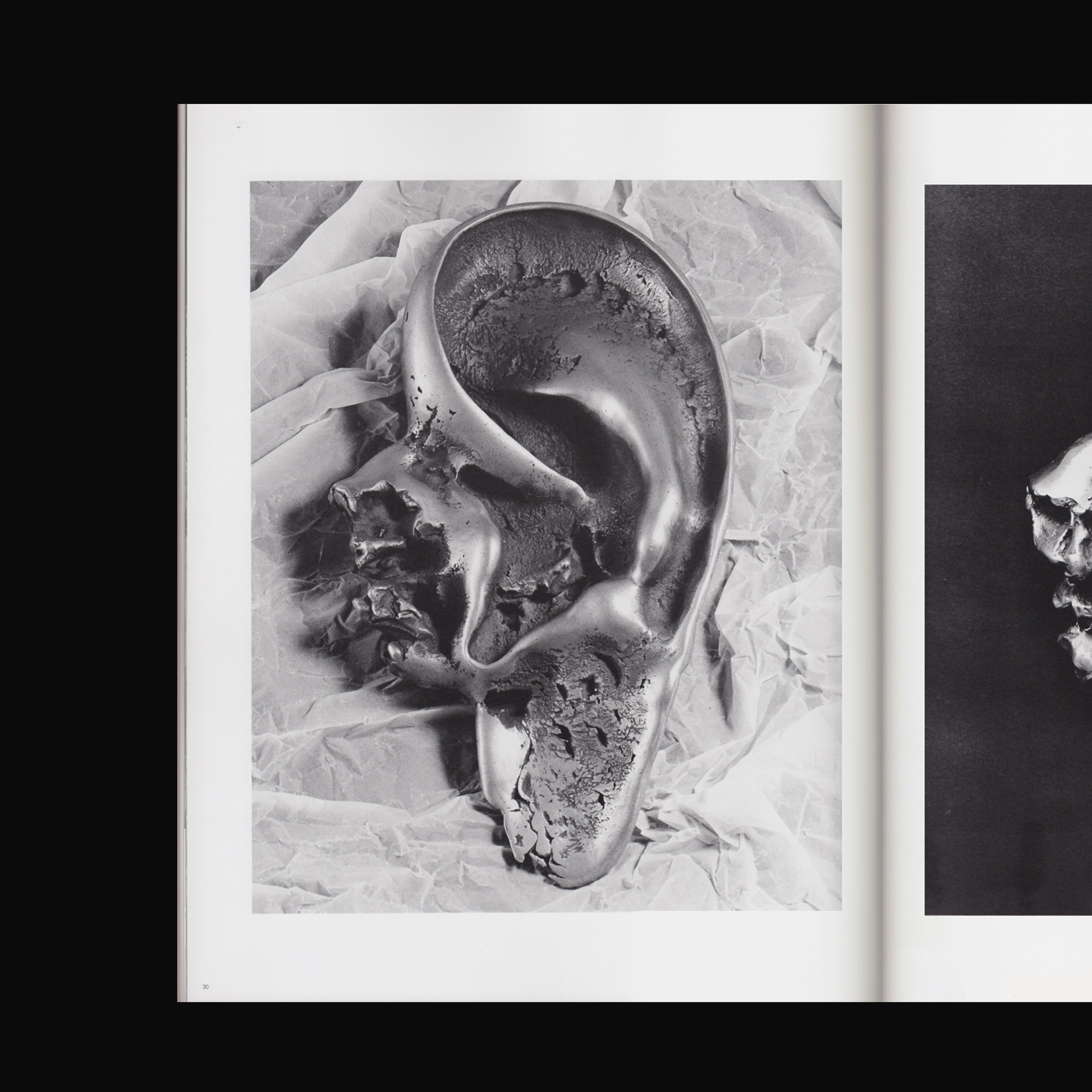 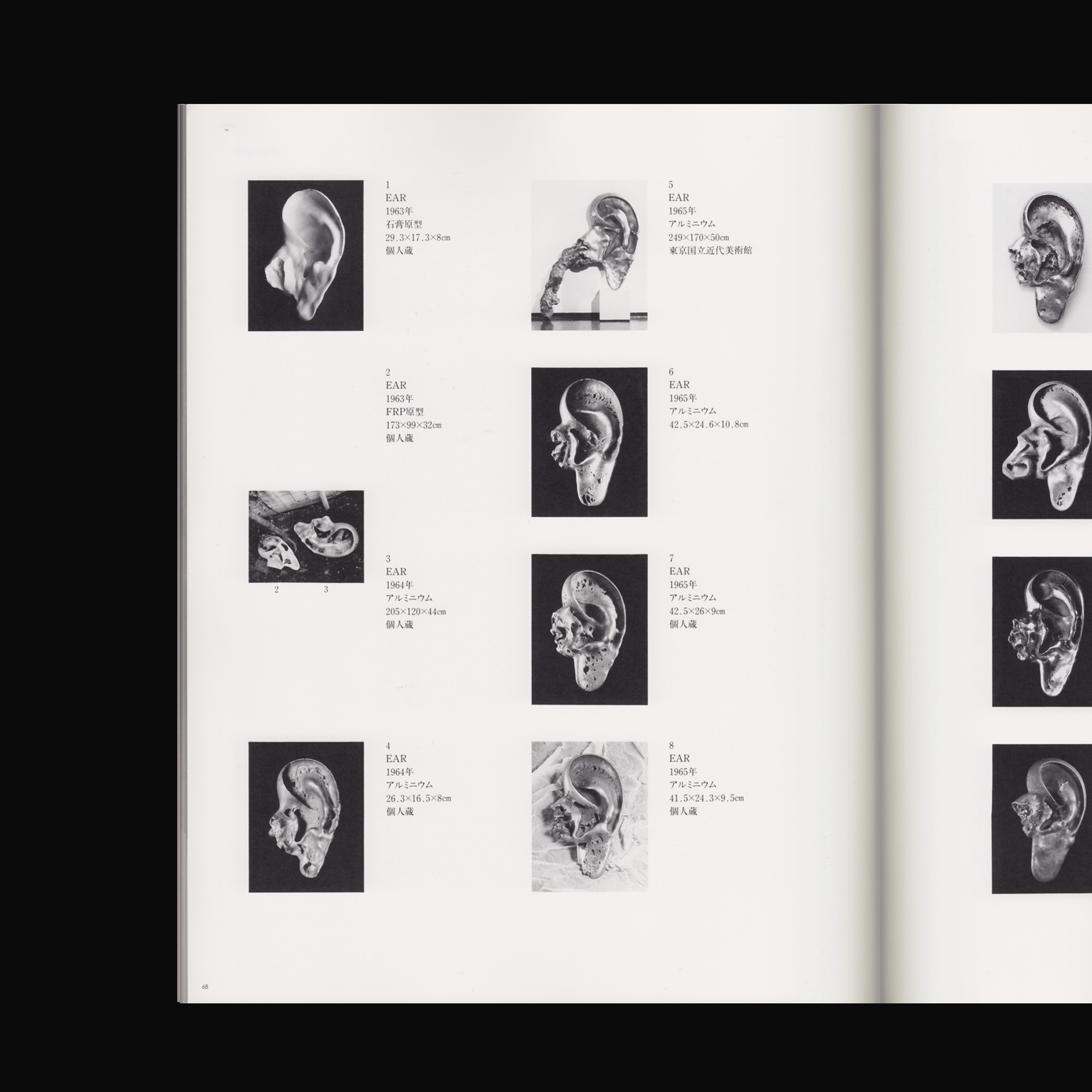 Tomio Miki (1937–1978), who exhibited among a group of avant-garde, politically active artists in Tokyo in the late 1950s and early 1960s, settled in 1963 on the human ear as his primary sculptural subject for the next several years. He often depicted them individually, on a giant scale. Sometimes he combined ears with other elements, such as spoons or colored lights, or made series of them set in rows or in boxes. Miki spoke quixotically about his choice of the ear, saying that it originated in an “experience in a train, when, for no reason, I suddenly felt myself surrounded by hundreds of ears trying to assault me. This personal episode, however, wouldn’t be any precise answer to why I make ears. I can hardly say I chose the ear. More precisely, isn’t it that the ear chose me?”