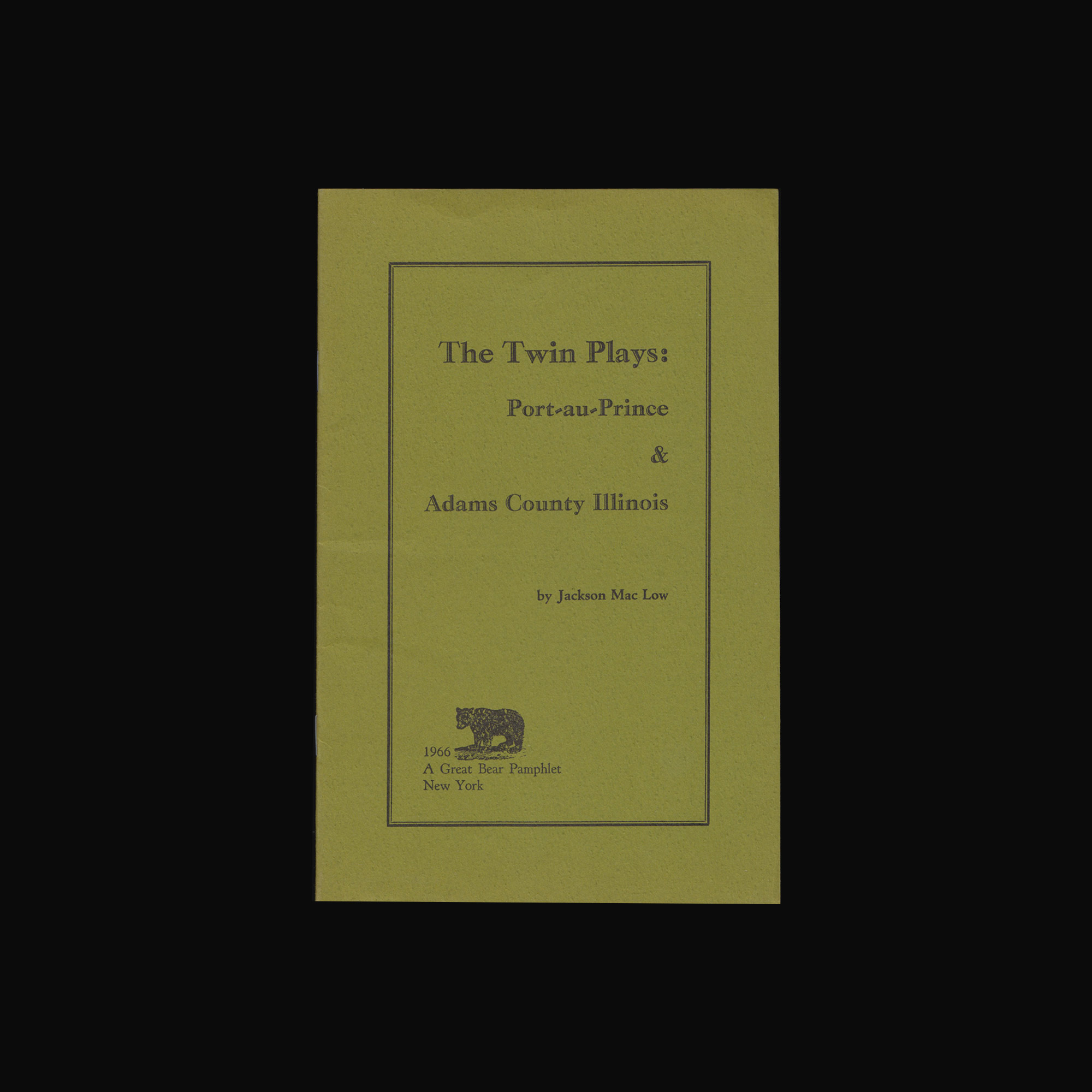 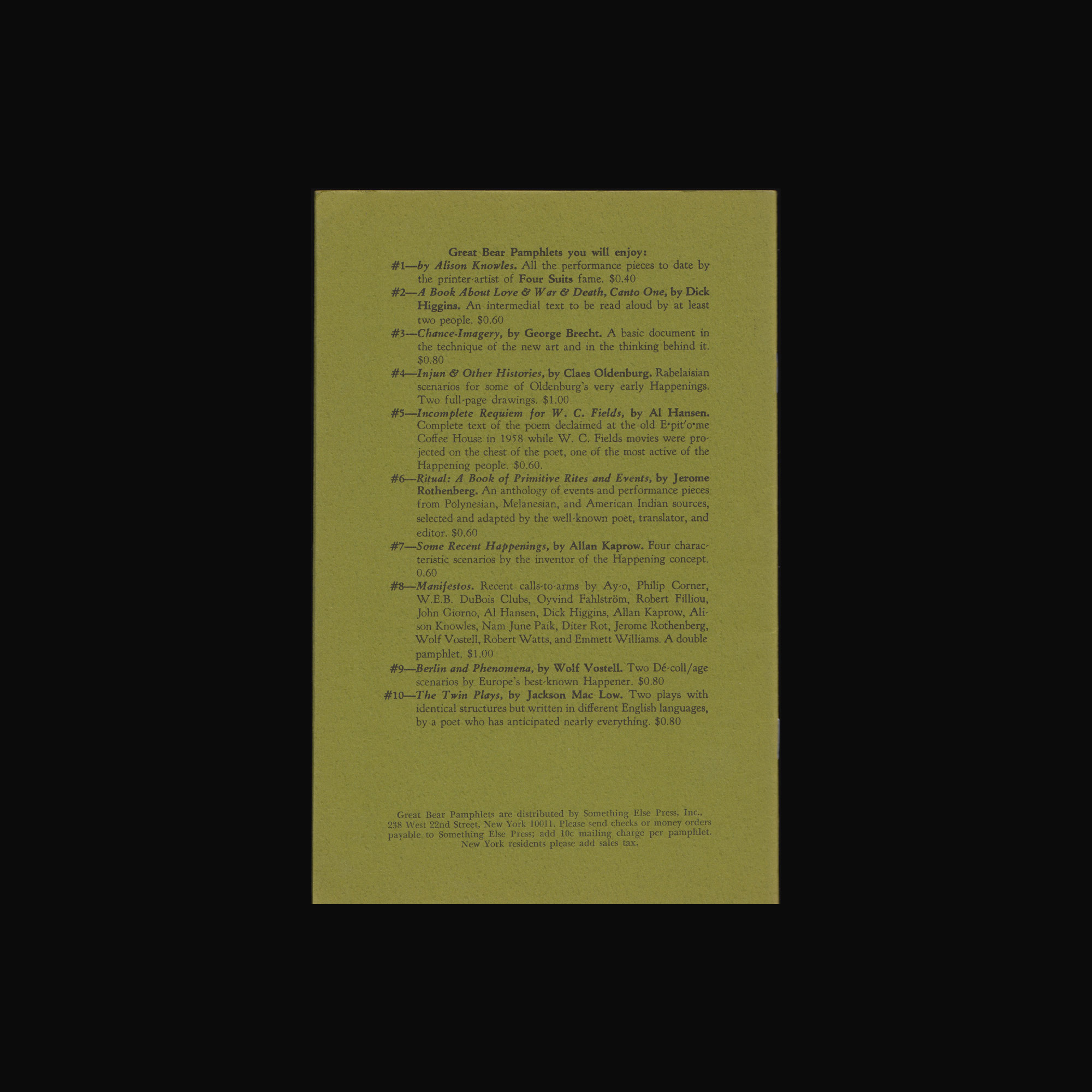 Two dramas that explore improvisation and chance by the innovative poet Jackson Mac Low. In each, Mac Low gives the hypothetical performer general instructions arrived at through chance operations involving various linguistic structures. In Port-au-Prince, the speeches consist of “pseudo-sentences” that appear as though they make sense but in fact do not. Adams County Illinois uses the same structure but consists of folk-sayings quoted from the 1935 Folk-Lore from Adams County Illinois by Harry Middleton Hyatt.