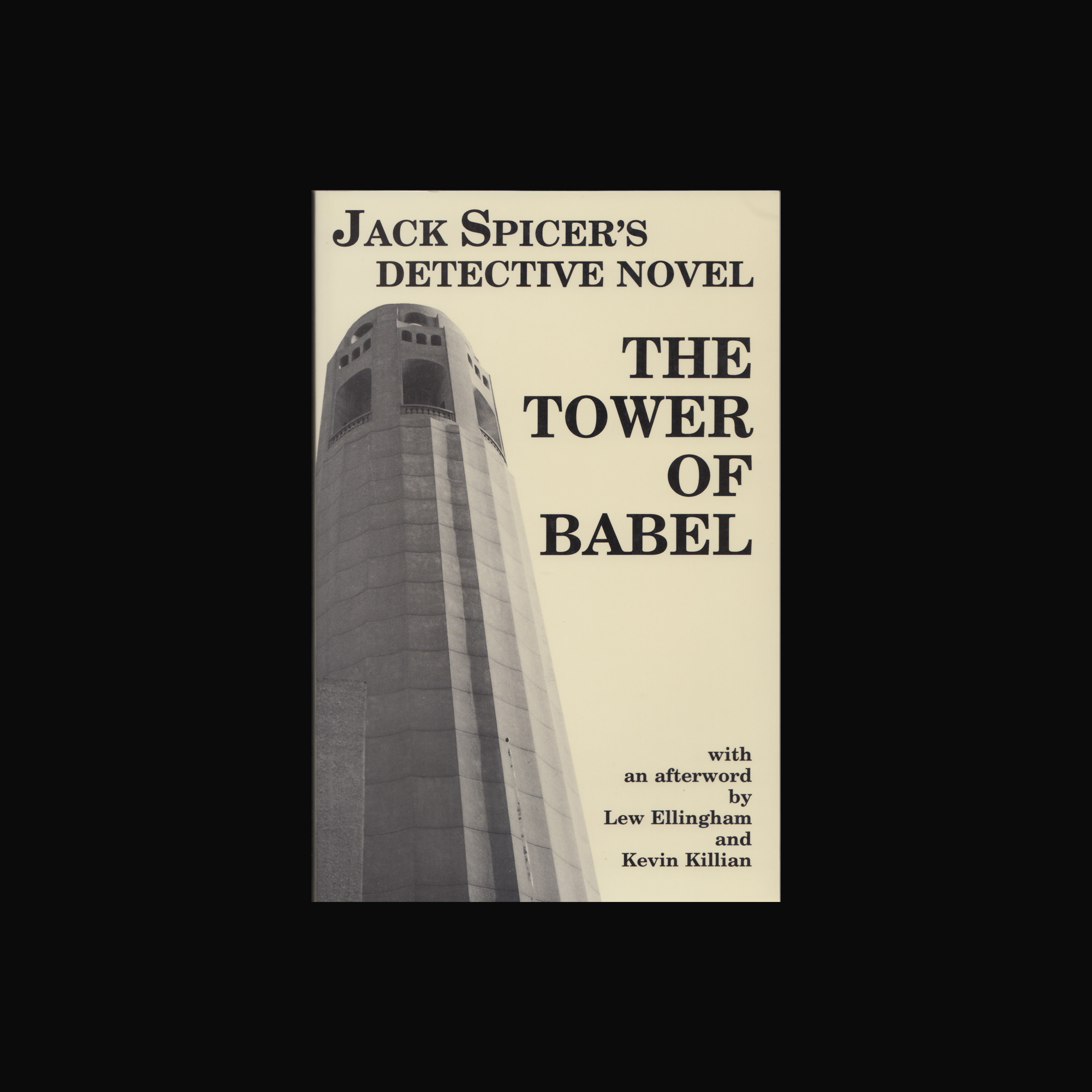 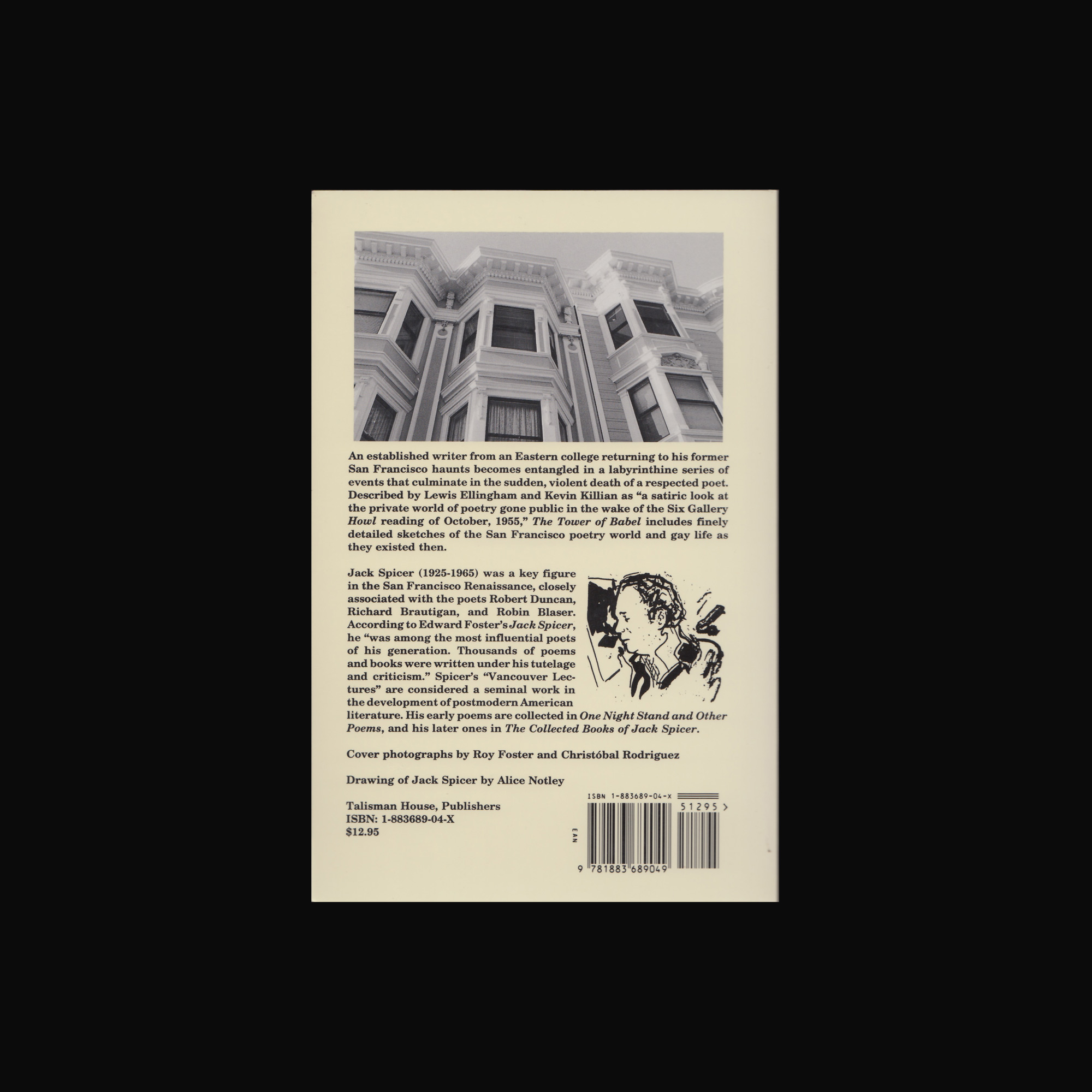 The Tower of Babel Jack Spicer

An established writer from an Eastern college returning to his former San Francisco haunts becomes entangled in a labyrinthine series of events that culminate in the sudden violent death of a respected poet. Described by Lewis Ellingham and Kevin Killian as “a satiric look at the private world of poetry gone public in the wake of the Six Gallery HOWL reading of October, 1955,” The Tower of Babel includes finely detailed sketches of the San Francisco poetry world and gay life as they existed then.

Jack Spicer (January 30, 1925 – August 17, 1965) was an American poet often identified with the San Francisco Renaissance. In 2009, My Vocabulary Did This to Me: The Collected Poetry of Jack Spicer won the American Book Award for poetry. He spent most of his writing-life in San Francisco