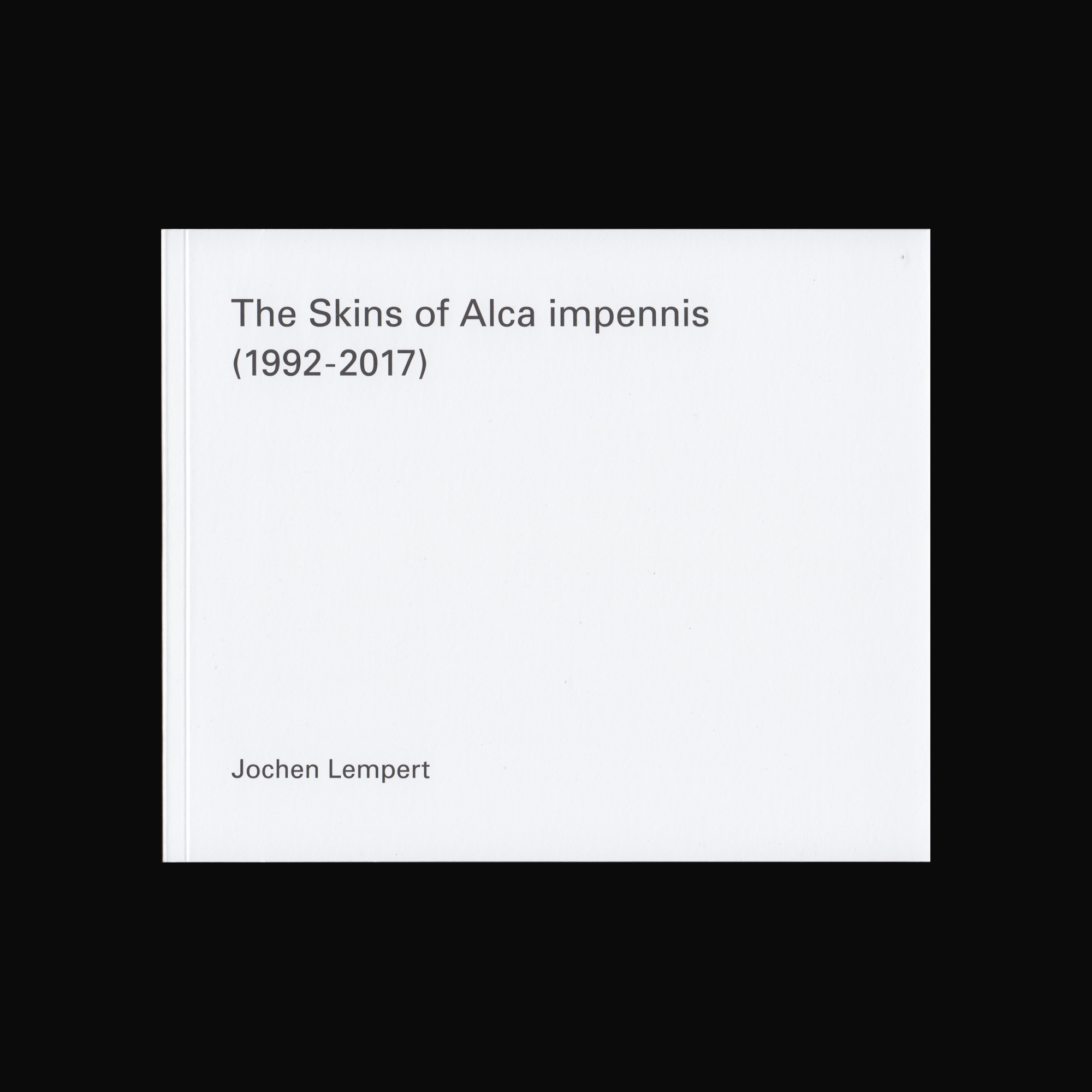 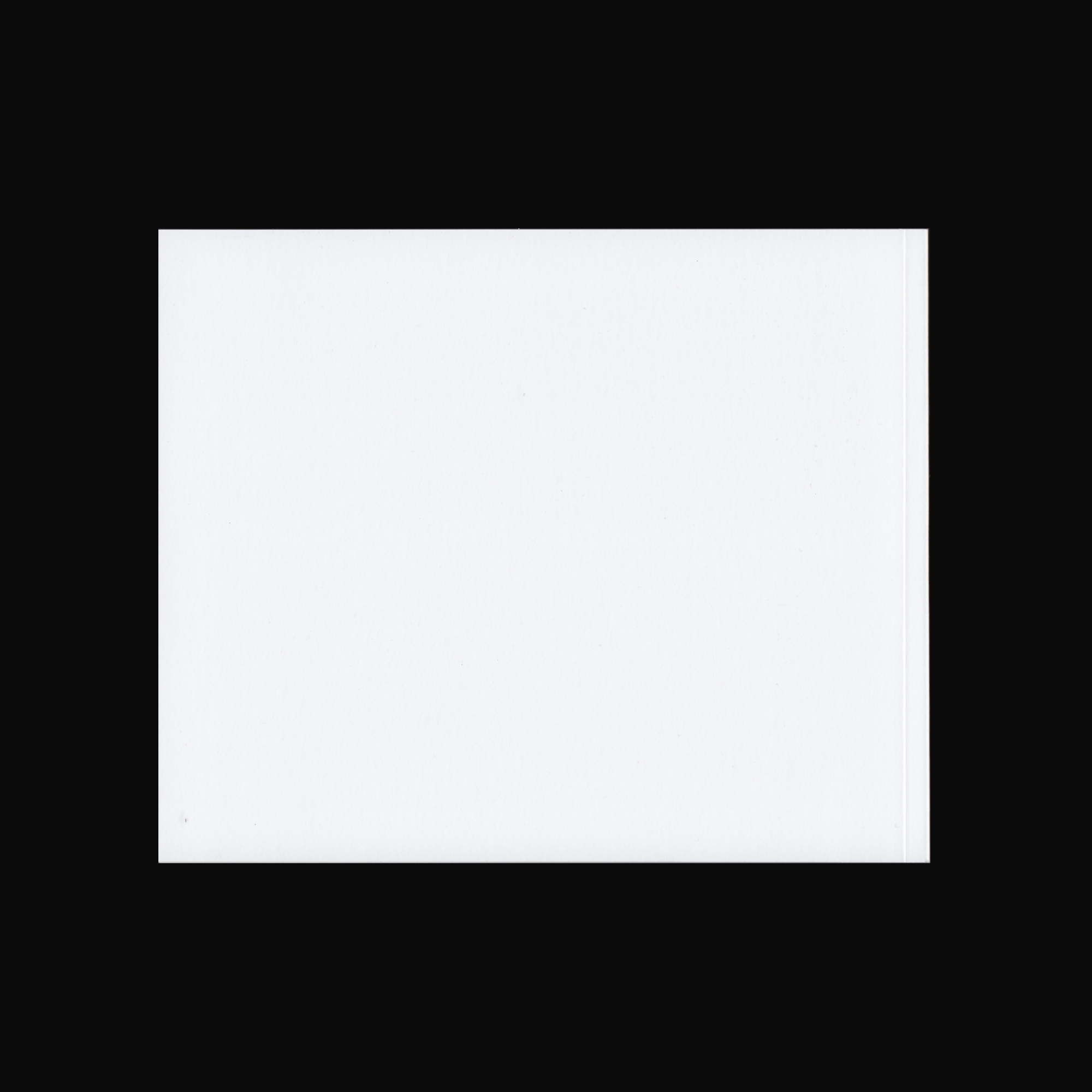 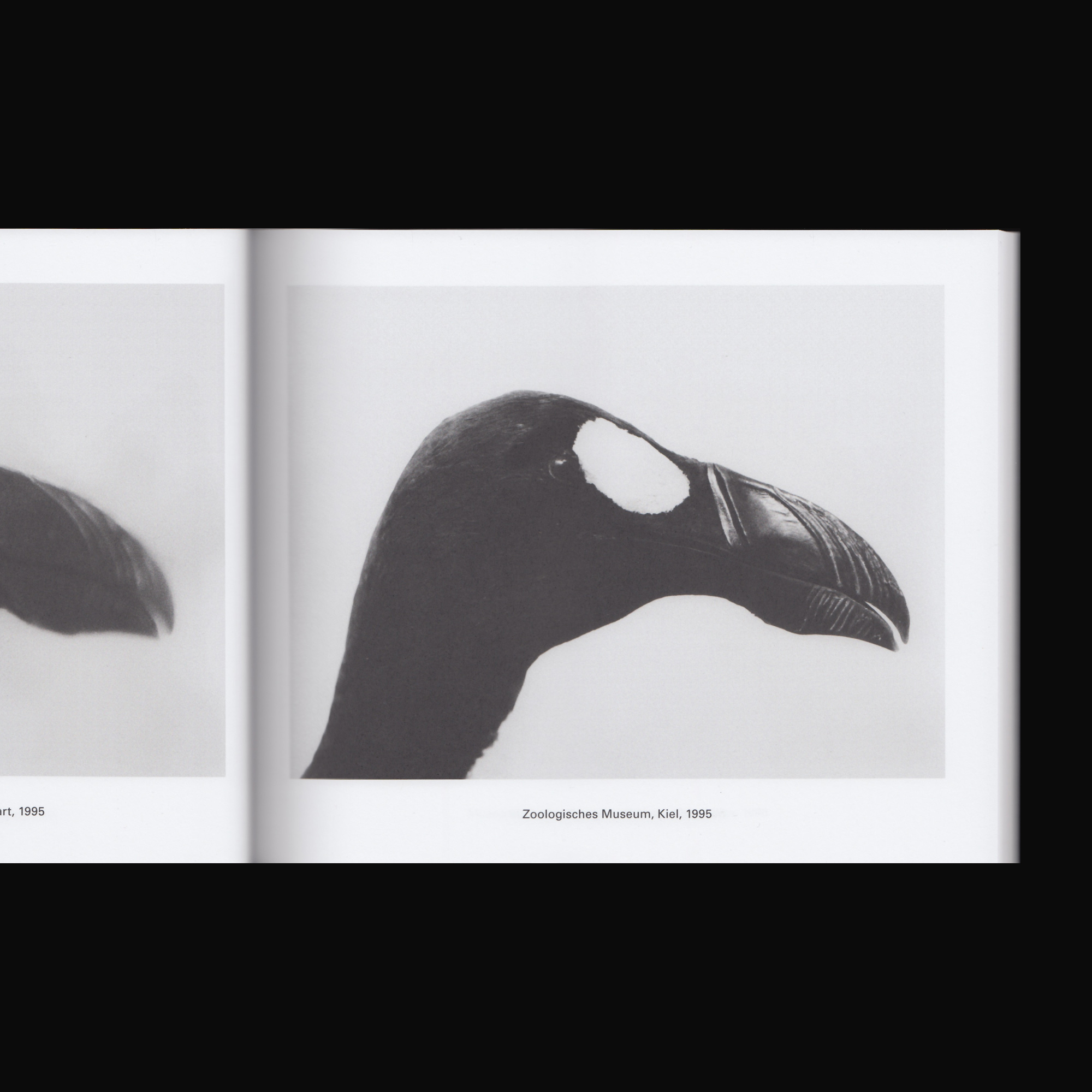 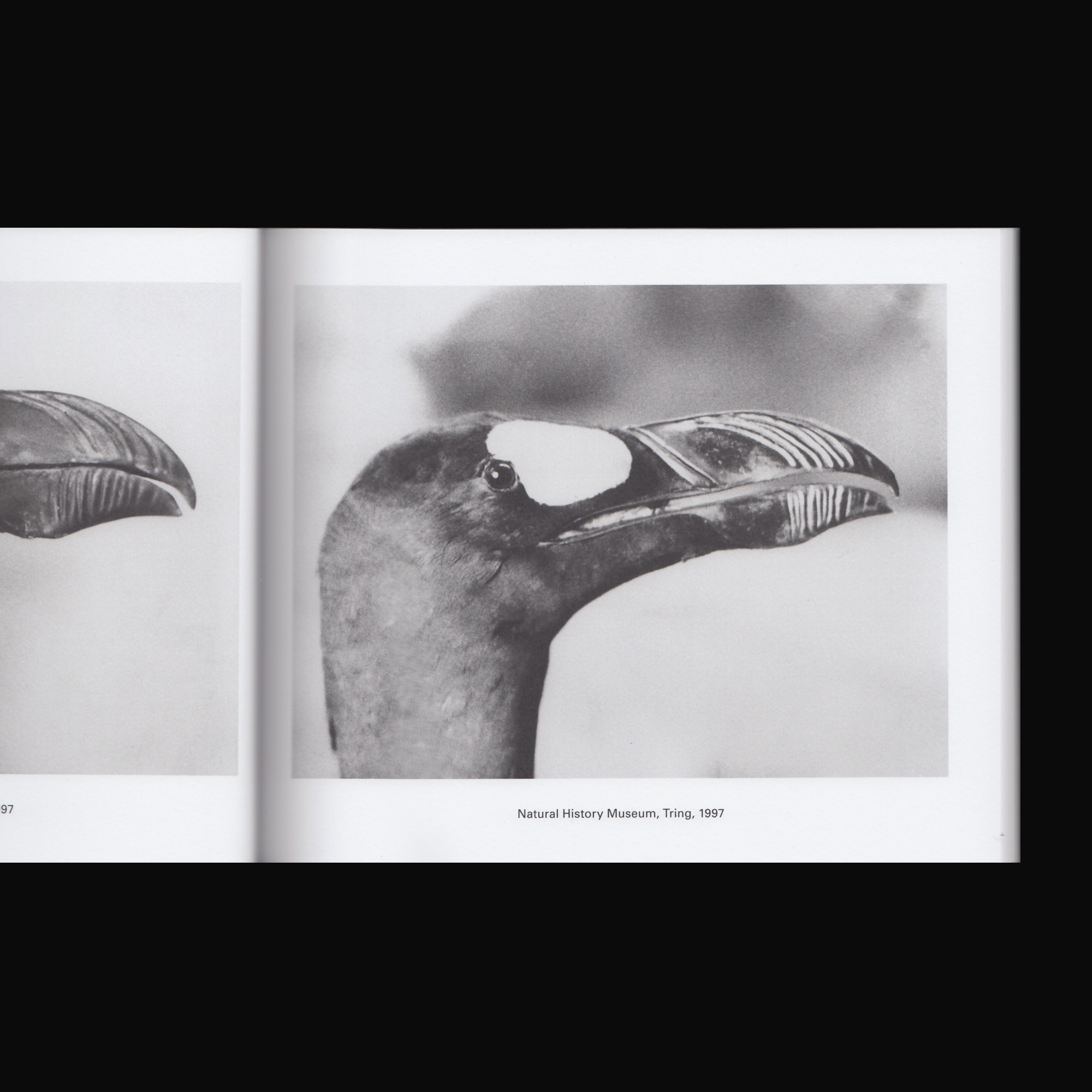 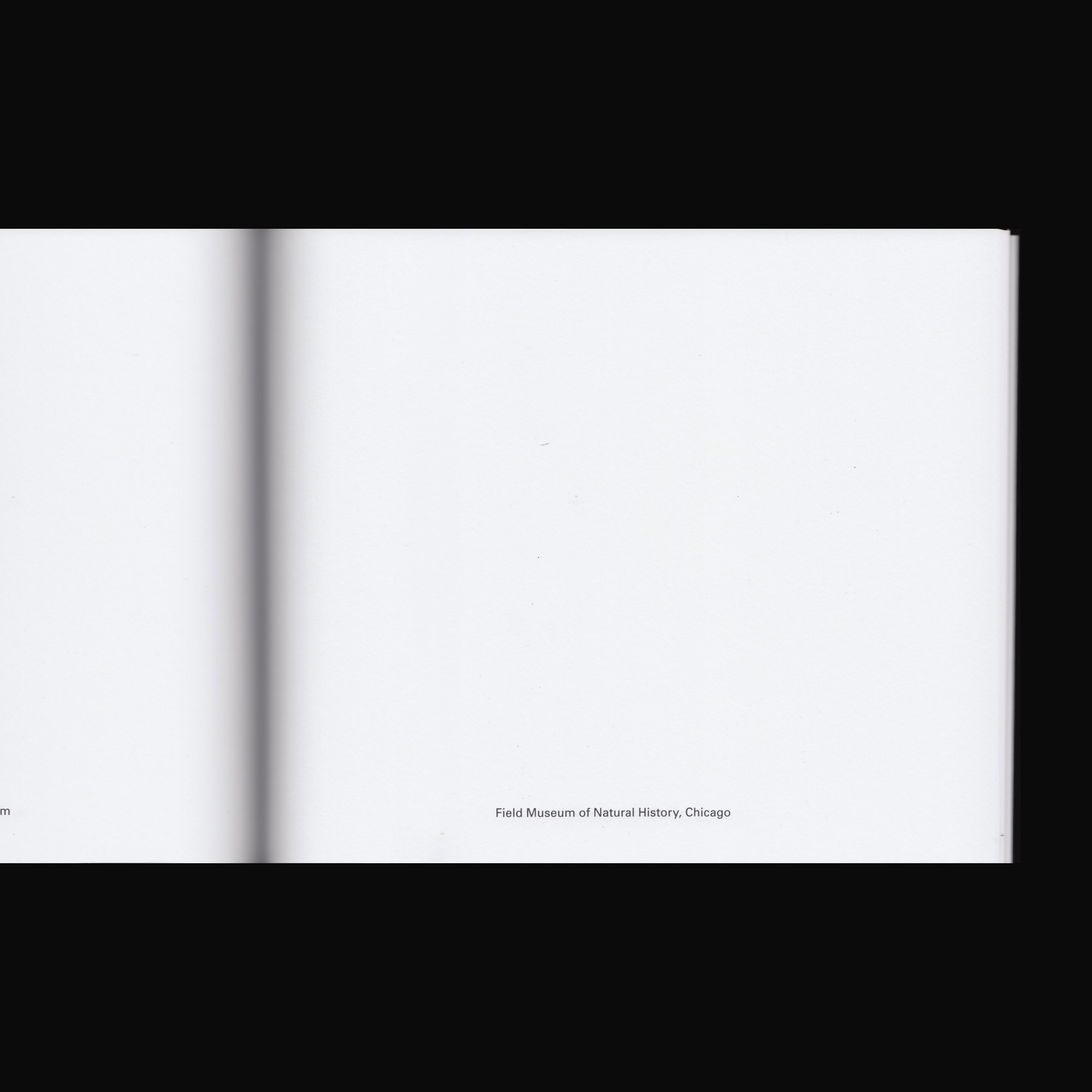 The Skins of Alca impennis (1992-2017) is an ongoing series of photographs depicting the extinct bird, the Great Auk (Alca impennis). Over the last two decades, Lempert has photographed 52 of the 78 specimens that remain in collections internationally – entering the bureaucracies that surround these birds, gaining permission from those appointed to administer and conserve them for posterity, and uniformly representing their profiles. The book is published on the occasion of Lempert’s solo show Honeyguides held at the Sprengel Museum in October 2017. Images of the bird’s taxidermized heads alternate with blank pages, for the still missing photographs of this ongoing project.