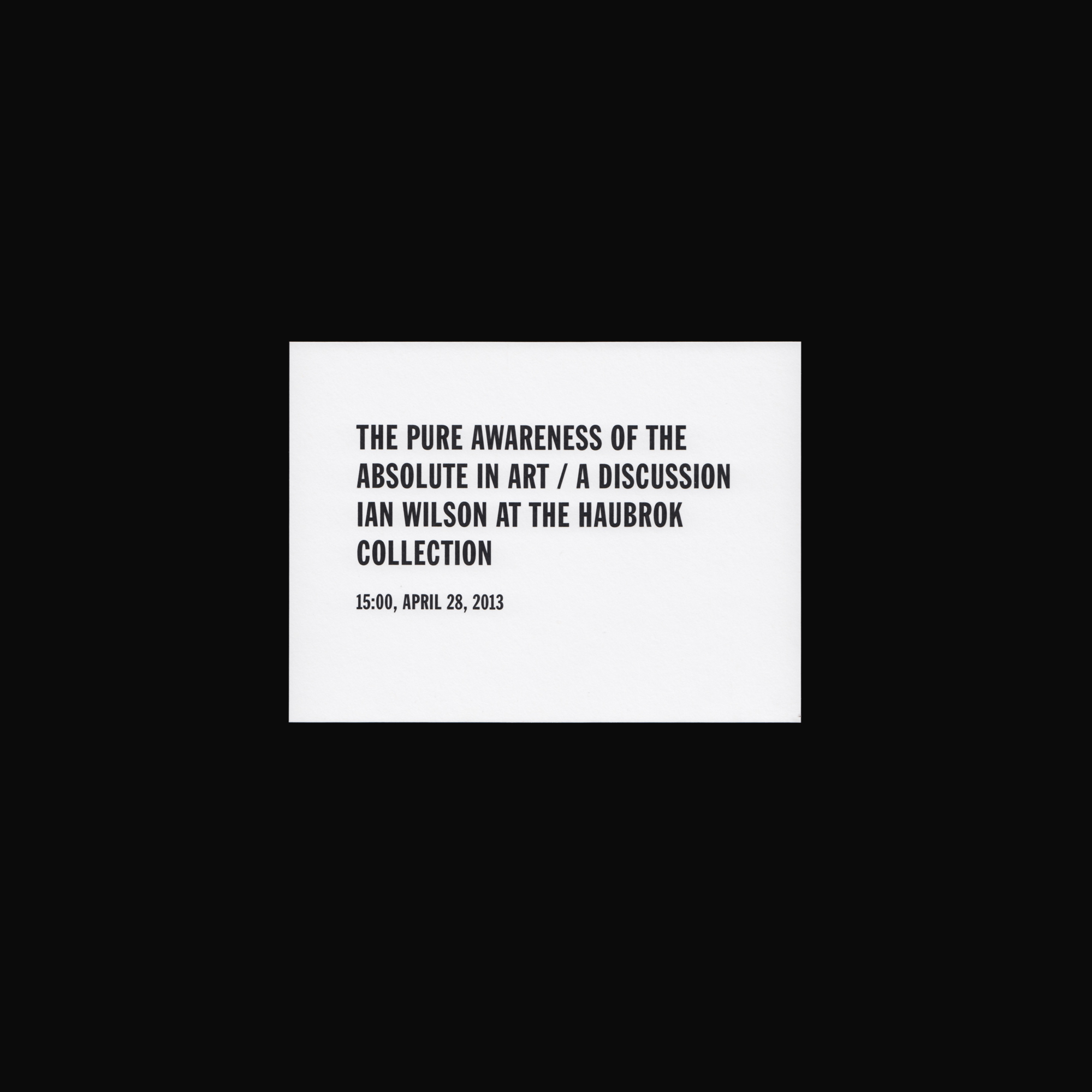 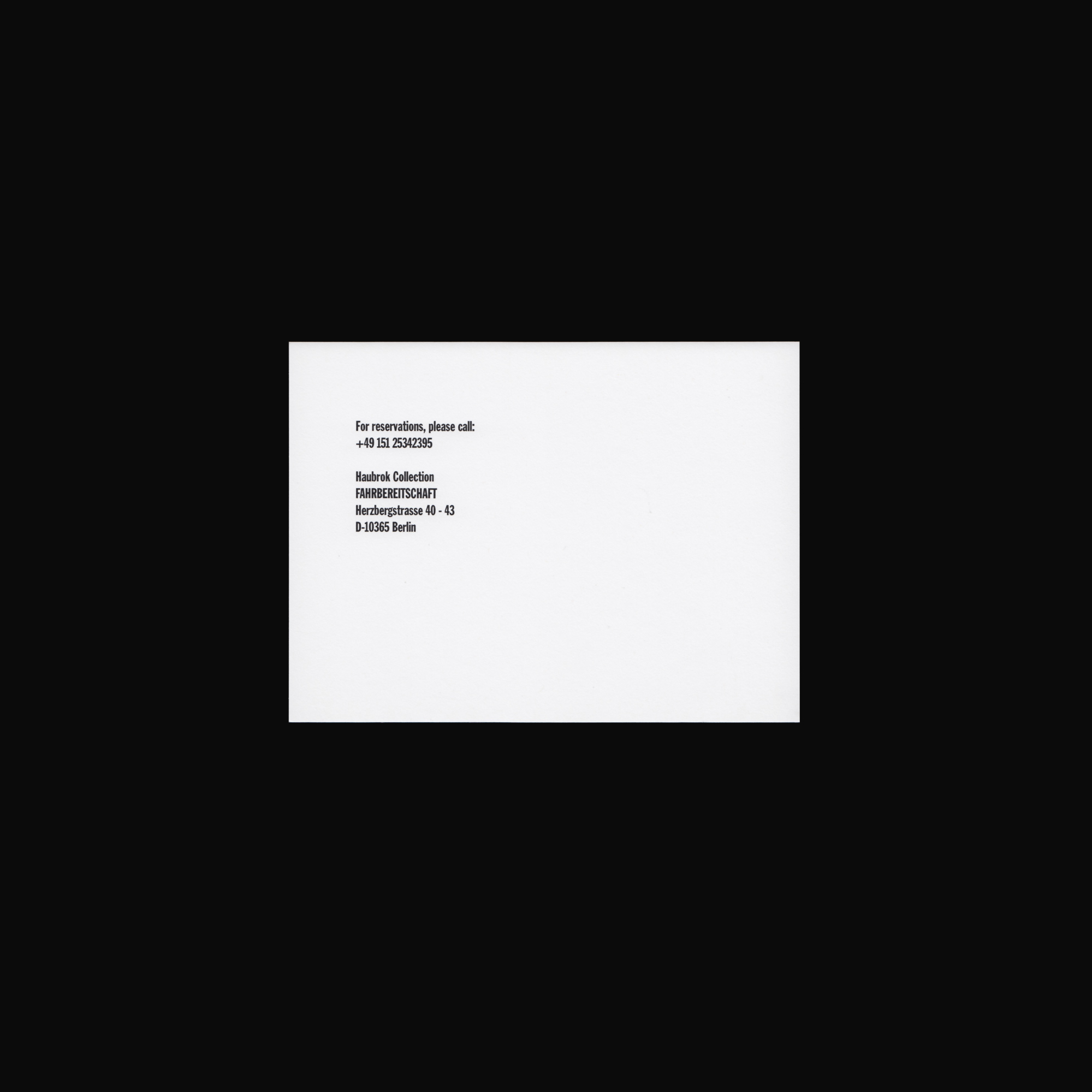 Price: €25 (Temporarily out of stock)

Ian Wilson has been exploring spoken language as an art form since 1968. He has described his own work as “oral communication” and later as “discussion”. At Wilson’s own request, his work is neither filmed nor recorded, thereby preserving the transient nature of the spoken word. On April 28, 2013 a discussion, based on the topic of The Absolute in Art, took place at the Haubrok Foundation, Berlin.