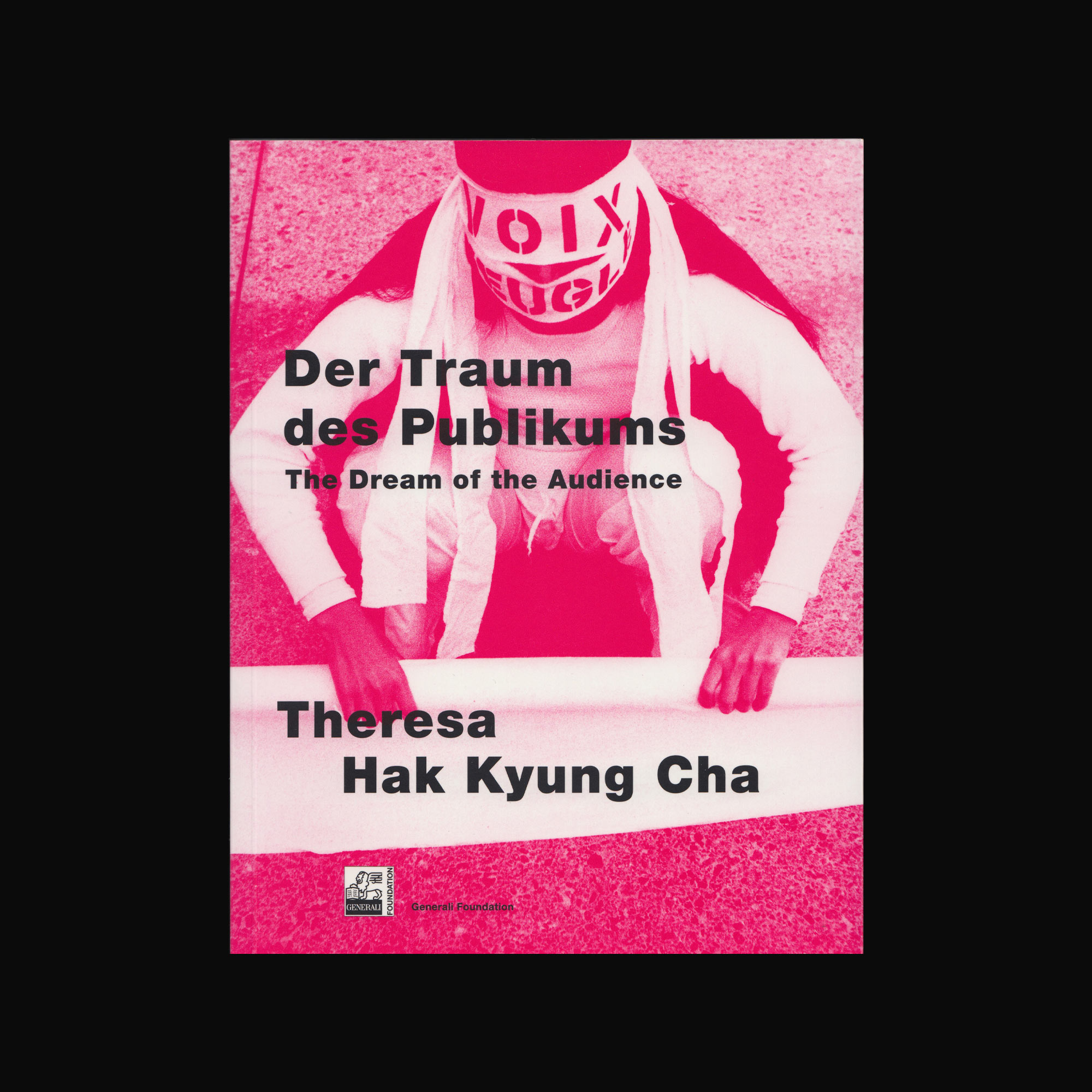 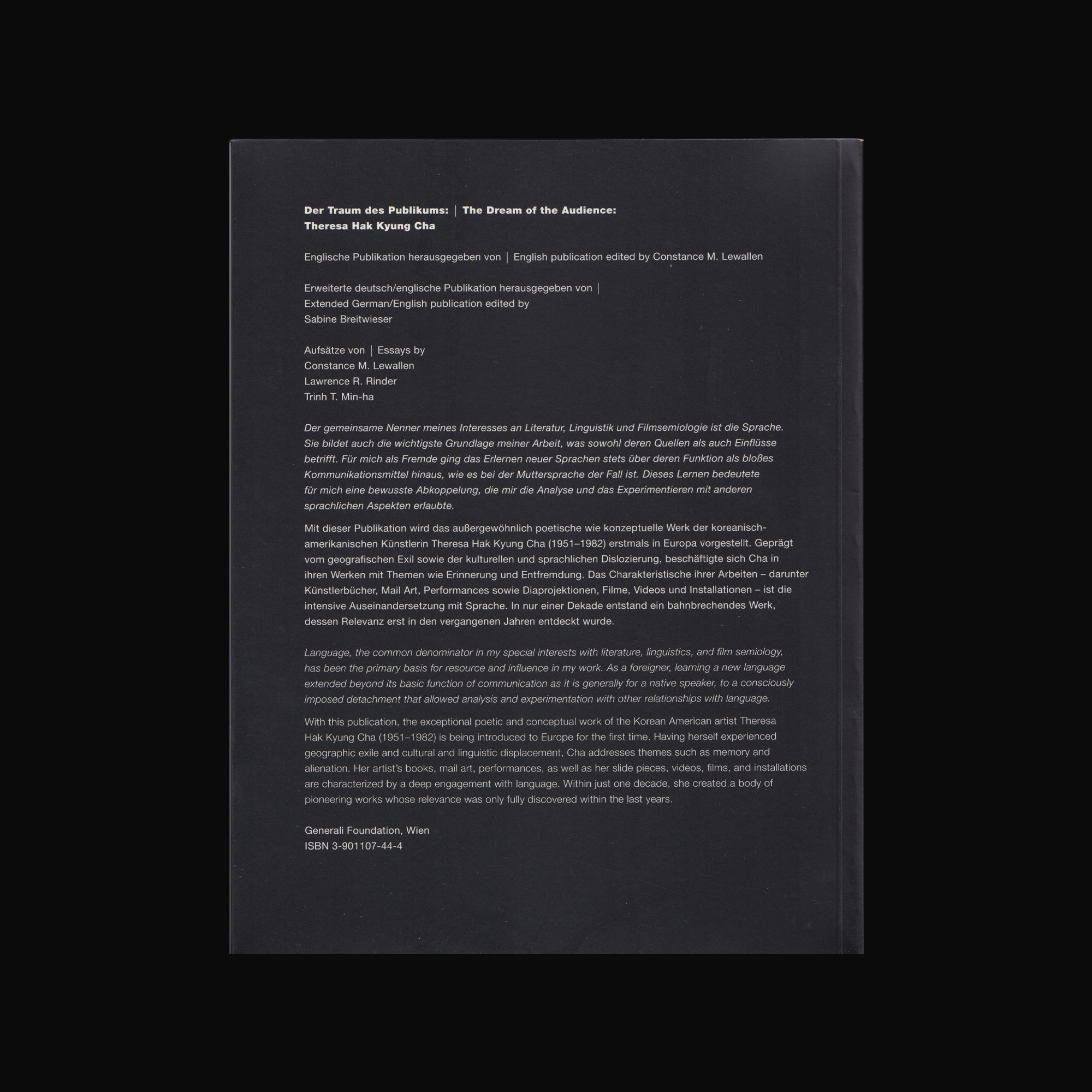 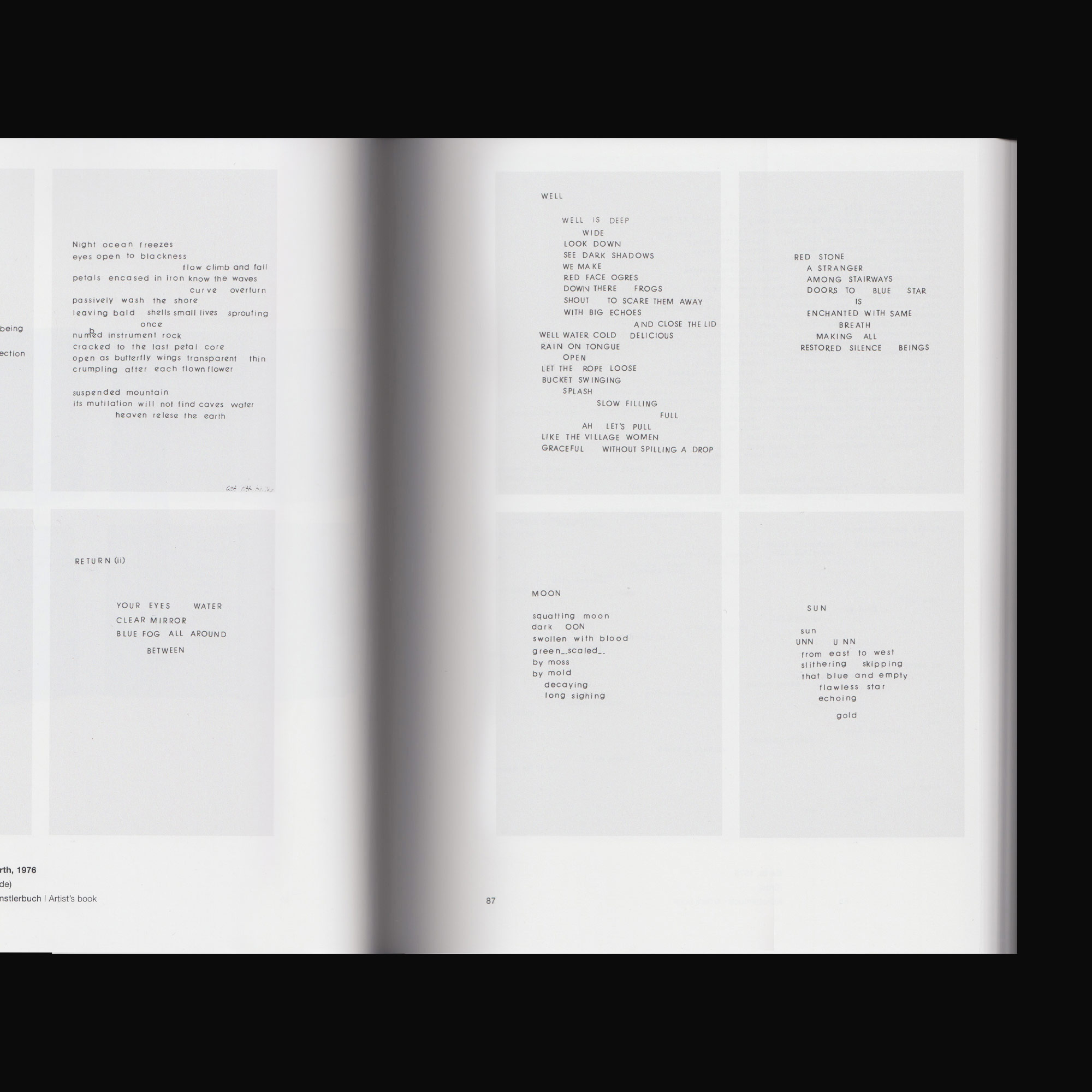 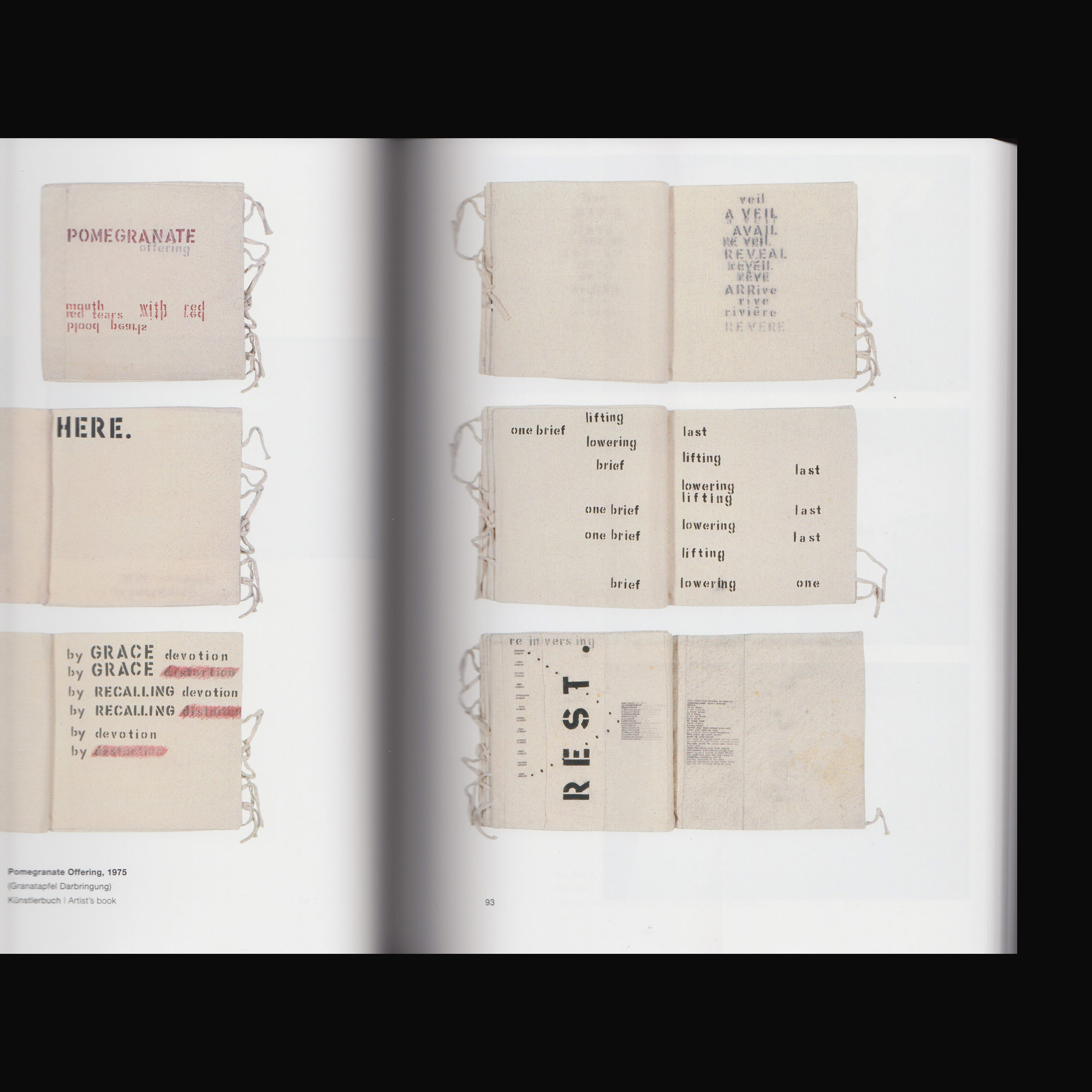 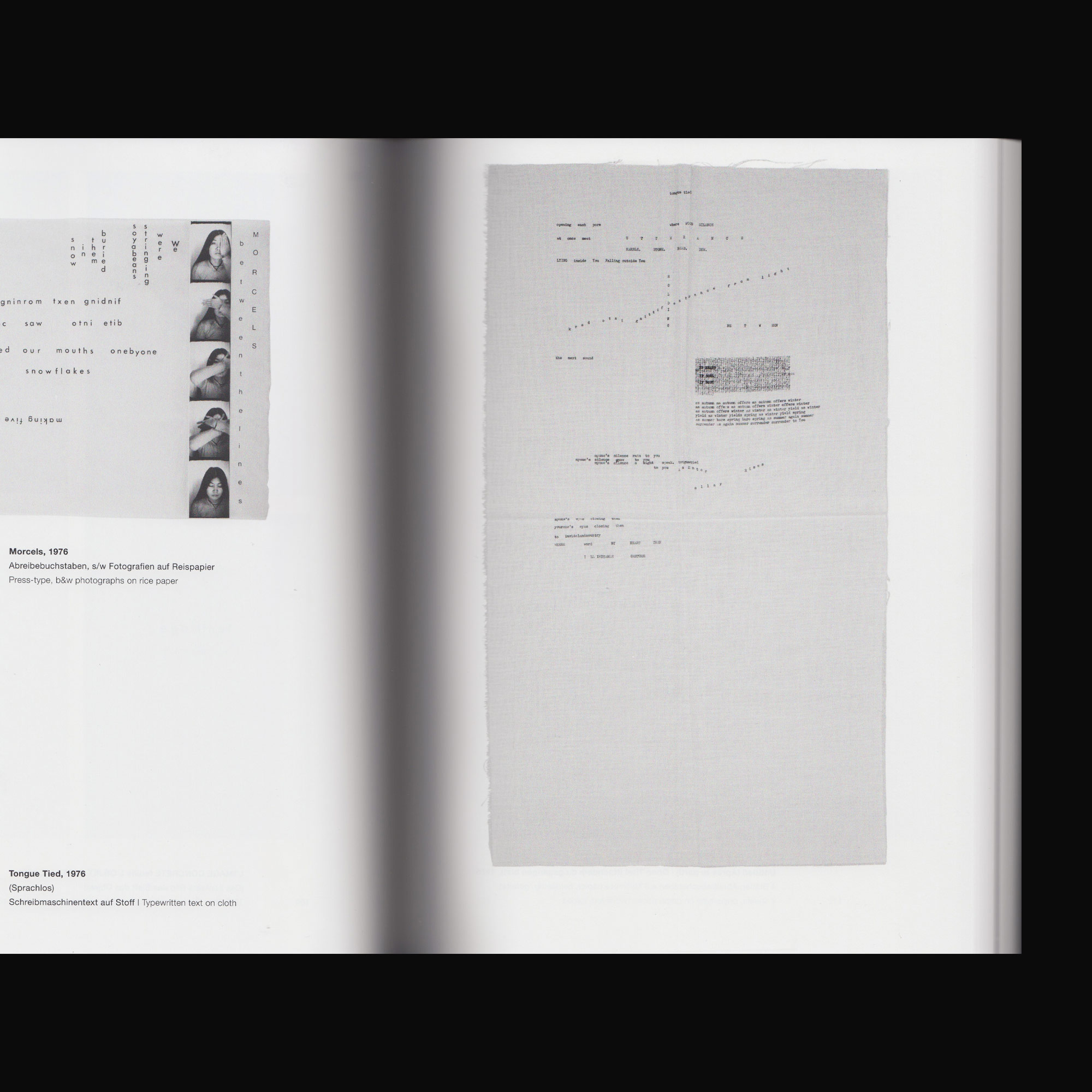 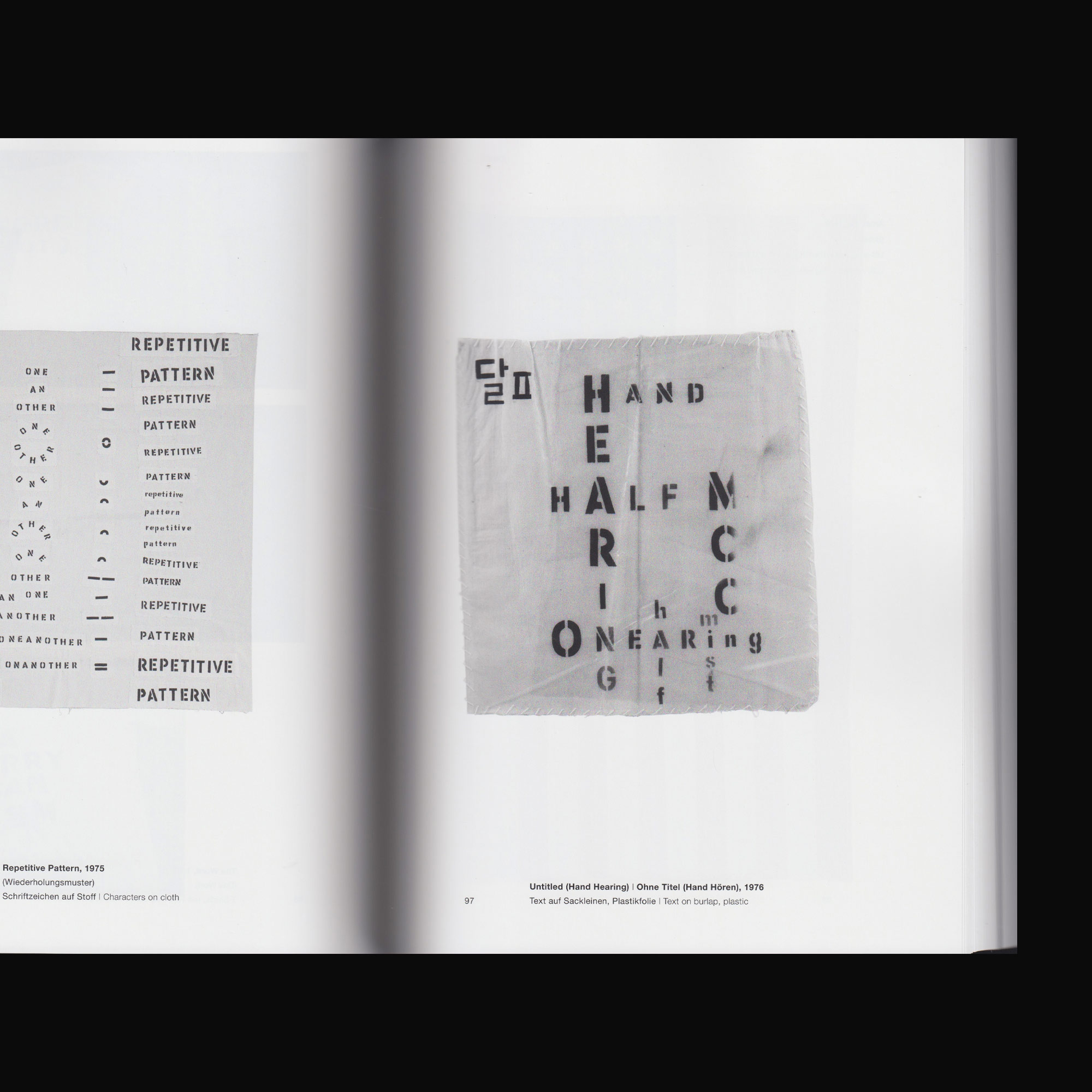 The Dream of the Audience Theresa Hak Kyung Cha

Price: €42 (Temporarily out of stock)

Produced on the occasion of the exhibition Theresa Hak Kyung Cha, The Dream of the Audience, at the Generali Foundation, Vienna, 14 May – 15 August 2004.