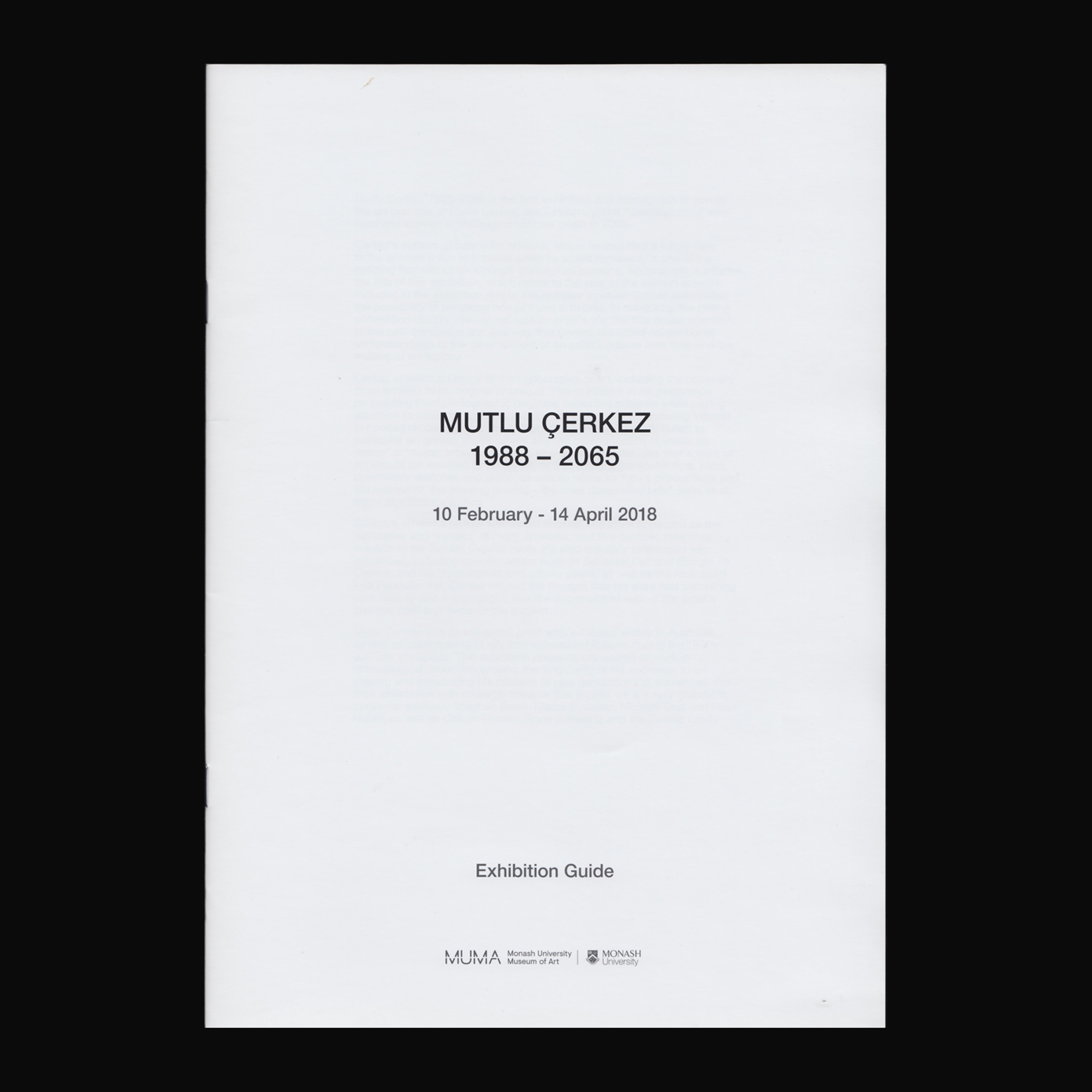 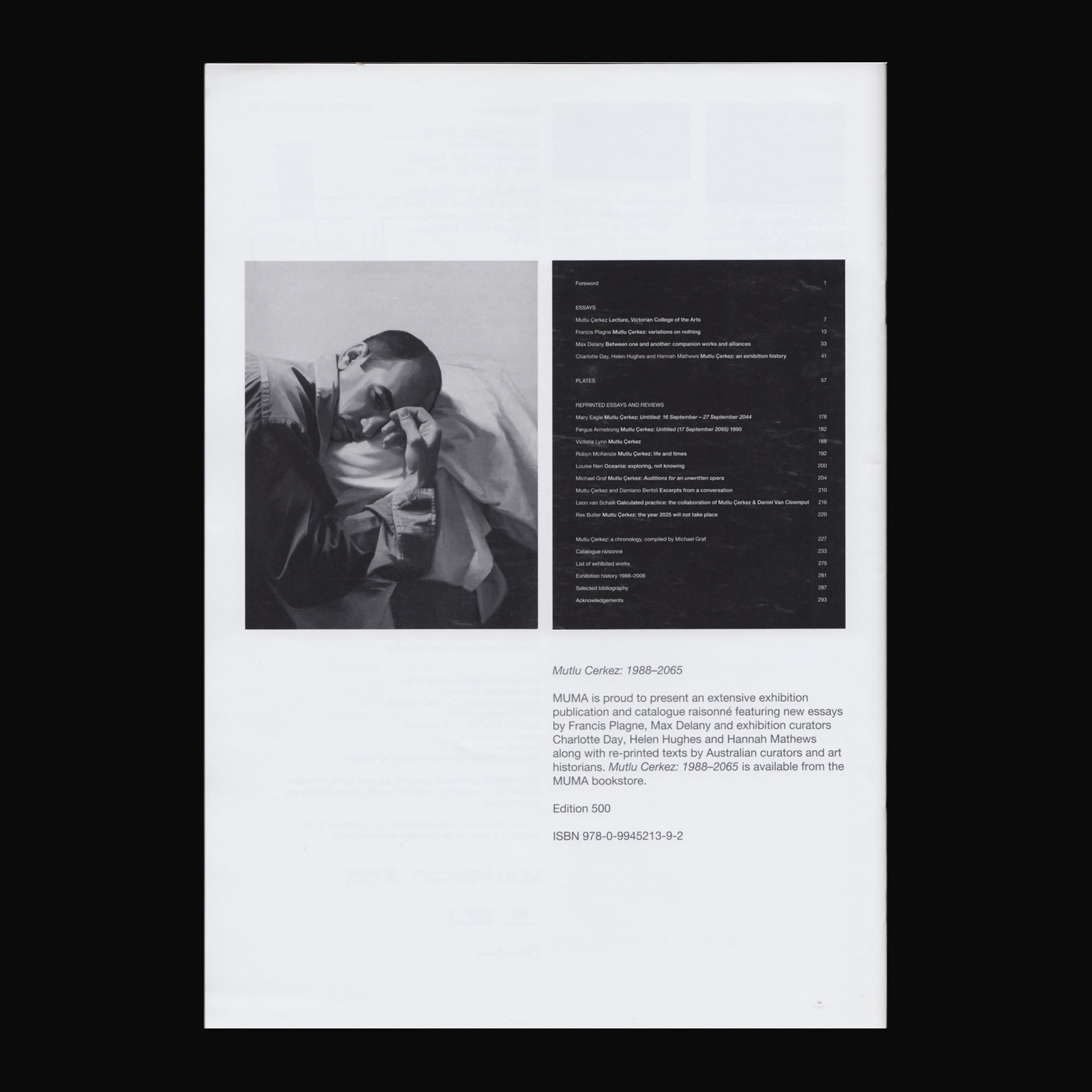 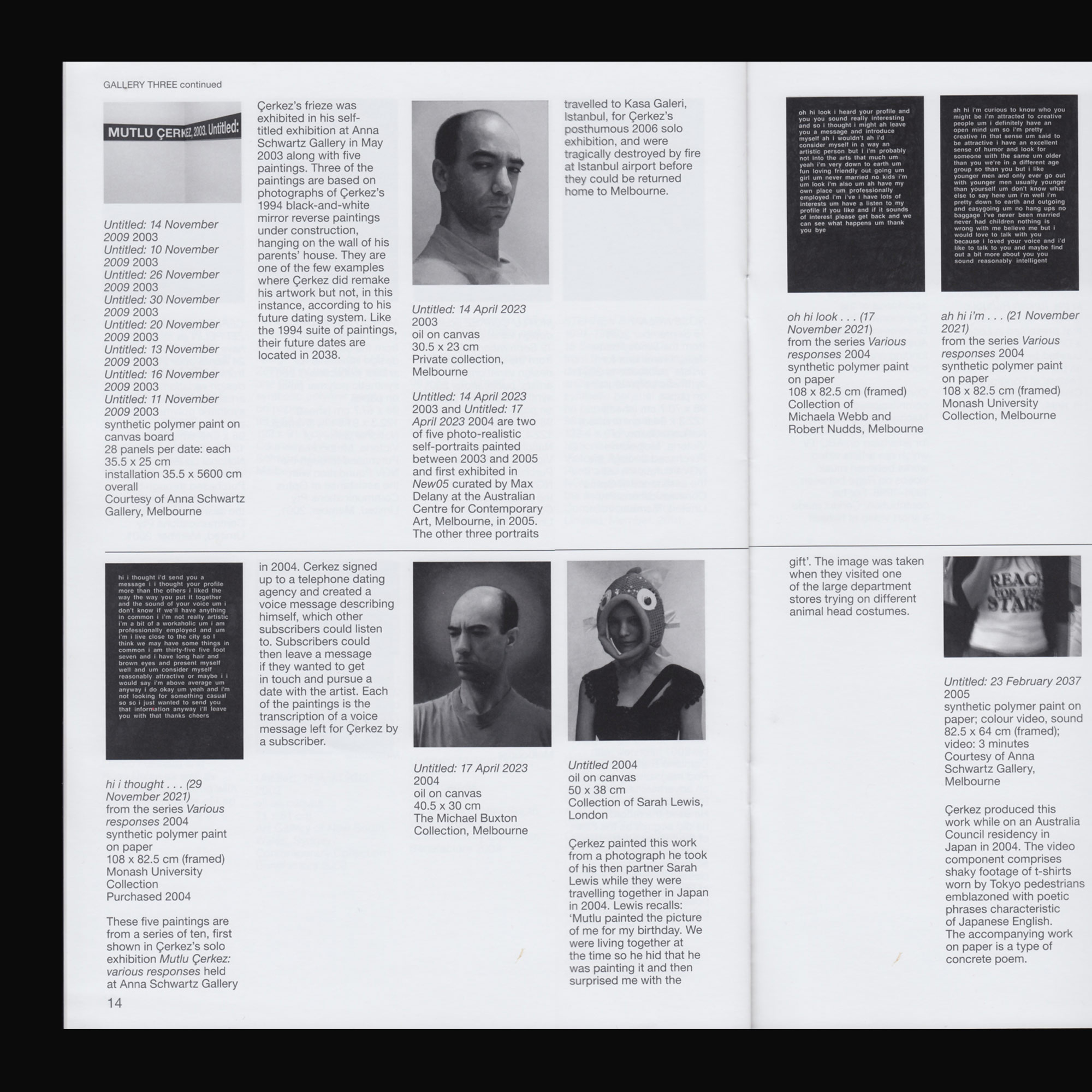 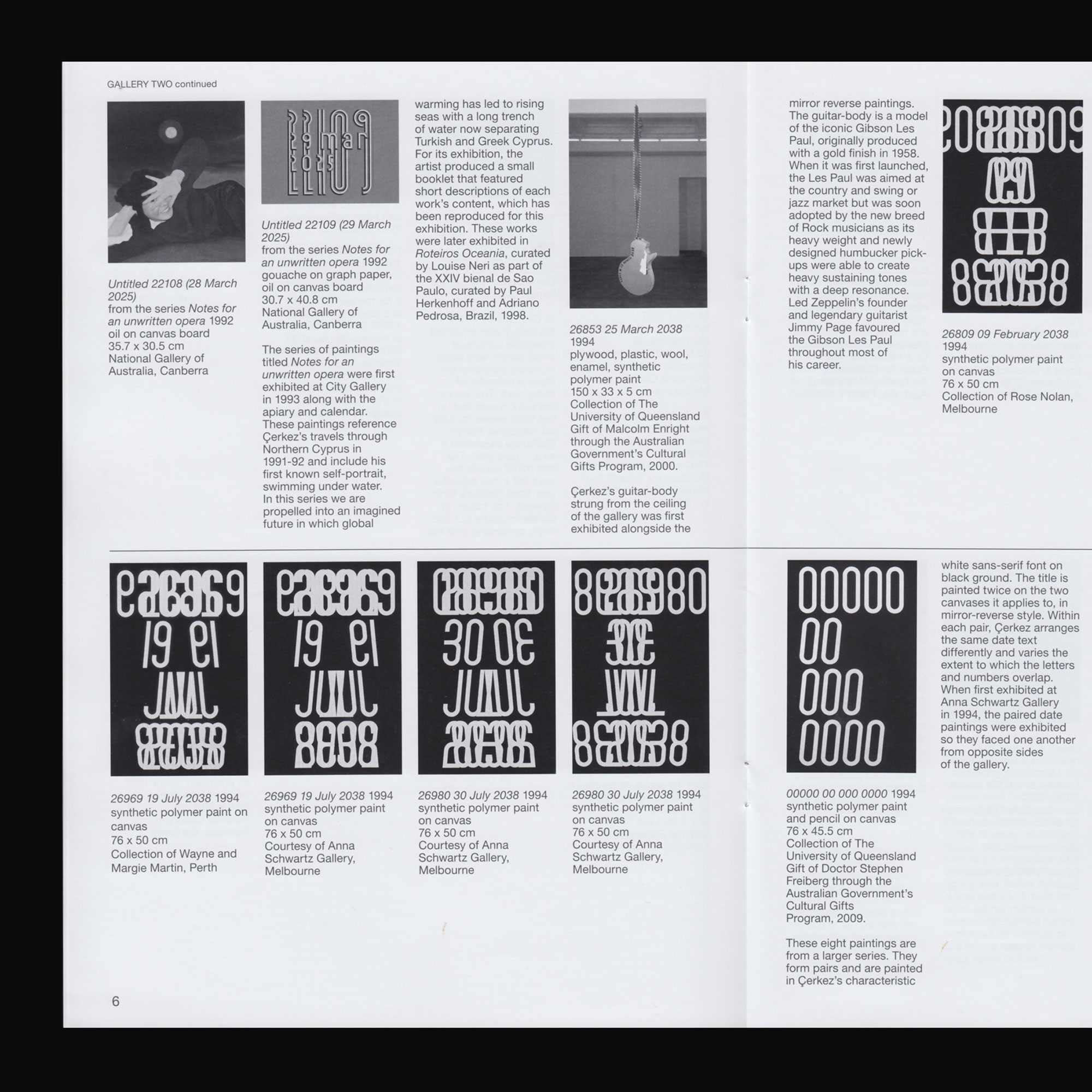 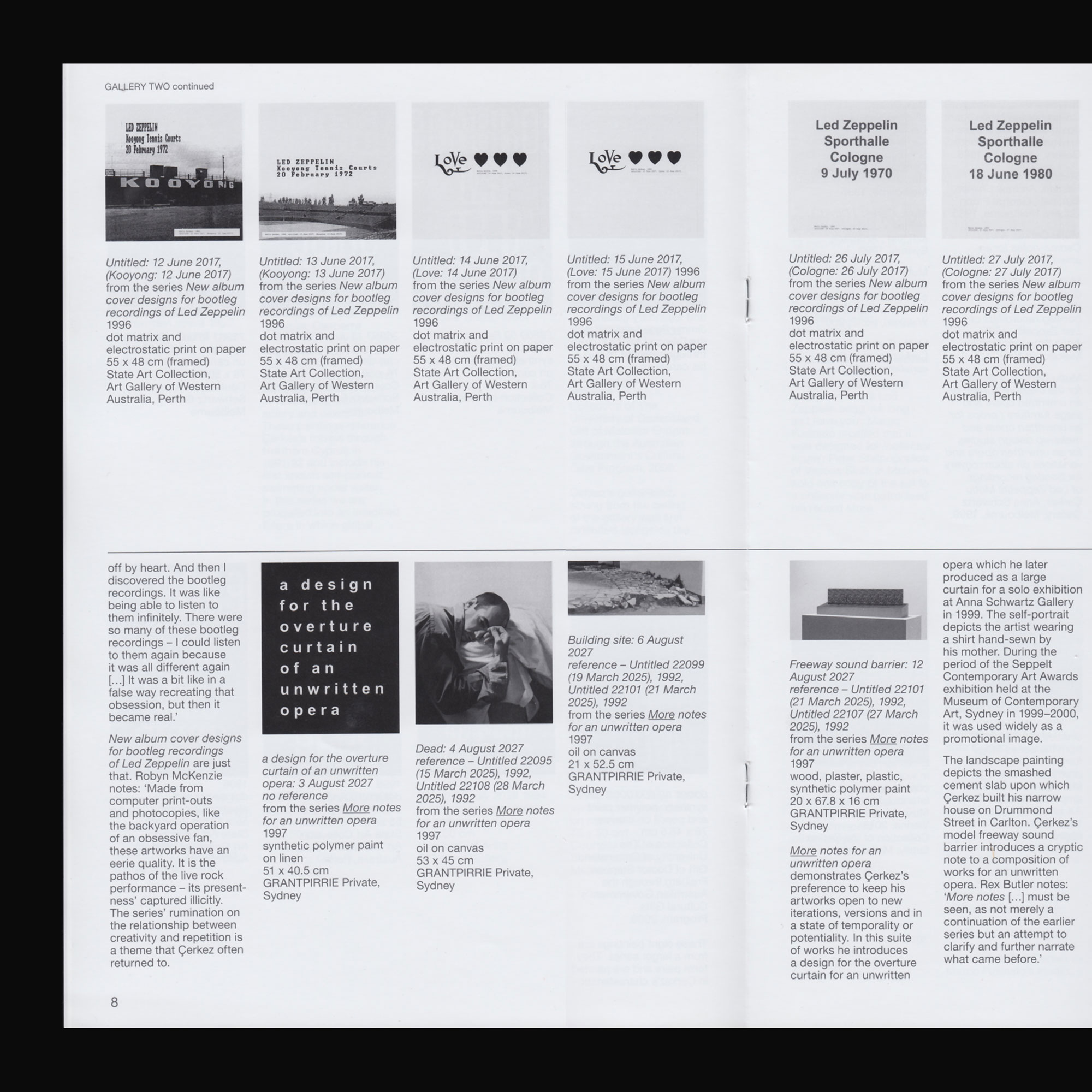 Room brochure produced to accompany Mutlu Çerkez: 1988–2065, an exhibition that surveyed the art and life of Mutlu Çerkez, the Turkish Cypriot Australian artist who lived and worked in Melbourne until his death in 2005 at MUMA (Monash University Art Museum), Melbourne.

Çerkez was an influential artist who, during his lifetime, had a significant impact on the Australian and international art worlds. His work incorporated traditions of conceptual art, minimalism and monochrome painting but made its own internal logic its primary reference point while strenuously resisting a reduction to any single style.

His practice explored its own temporality and sought to create a conversation between past actions and future scenarios. Each new work was ascribed a future date on which he intended to remake the work. Working in a range of mediums including printmaking, painting and sculptural installations, Çerkez employed abstract designs and aphoristic symbols to expound upon time and reality and build upon the conversation between past actions and future scenarios. In 2005, Çerkez passed away in his Melbourne home.