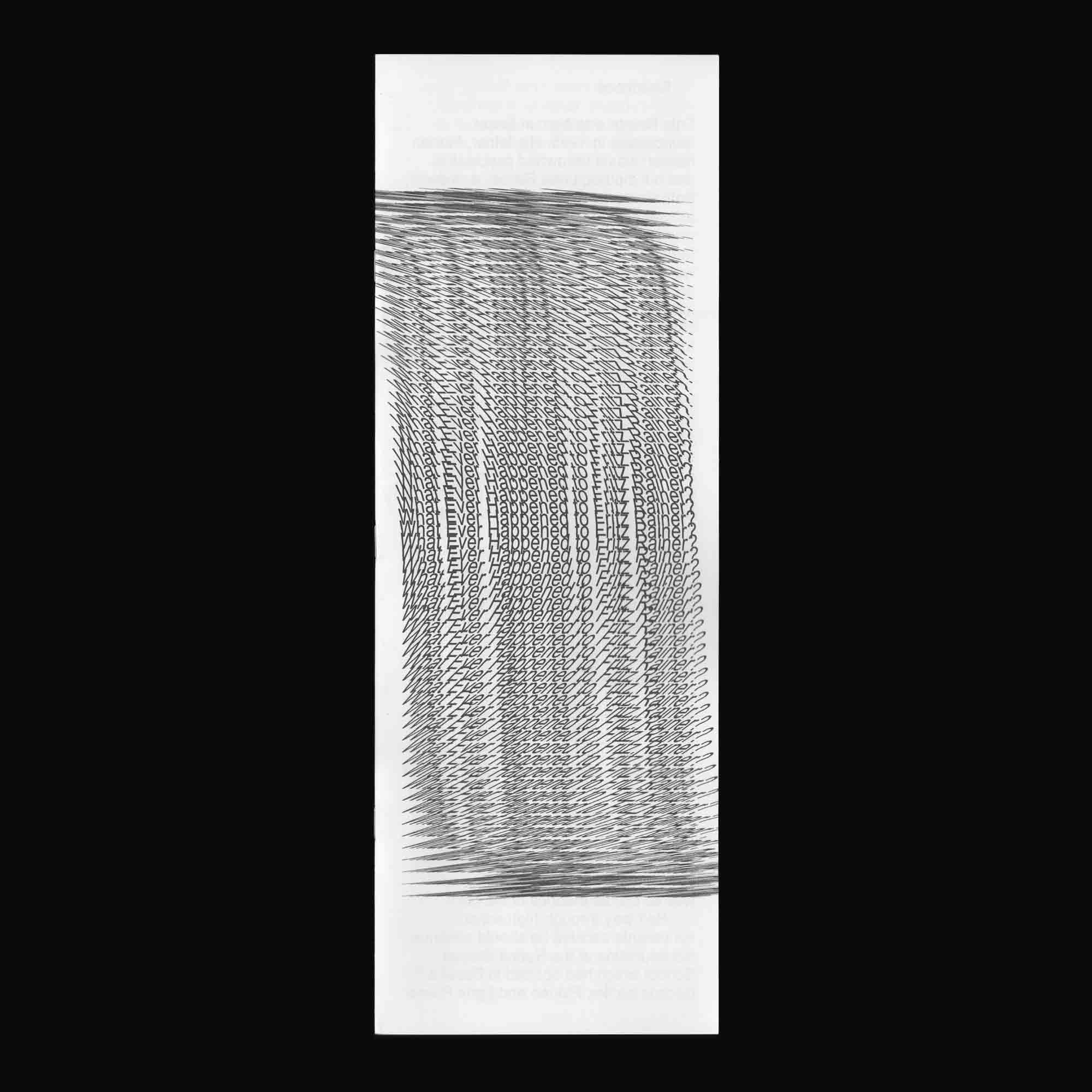 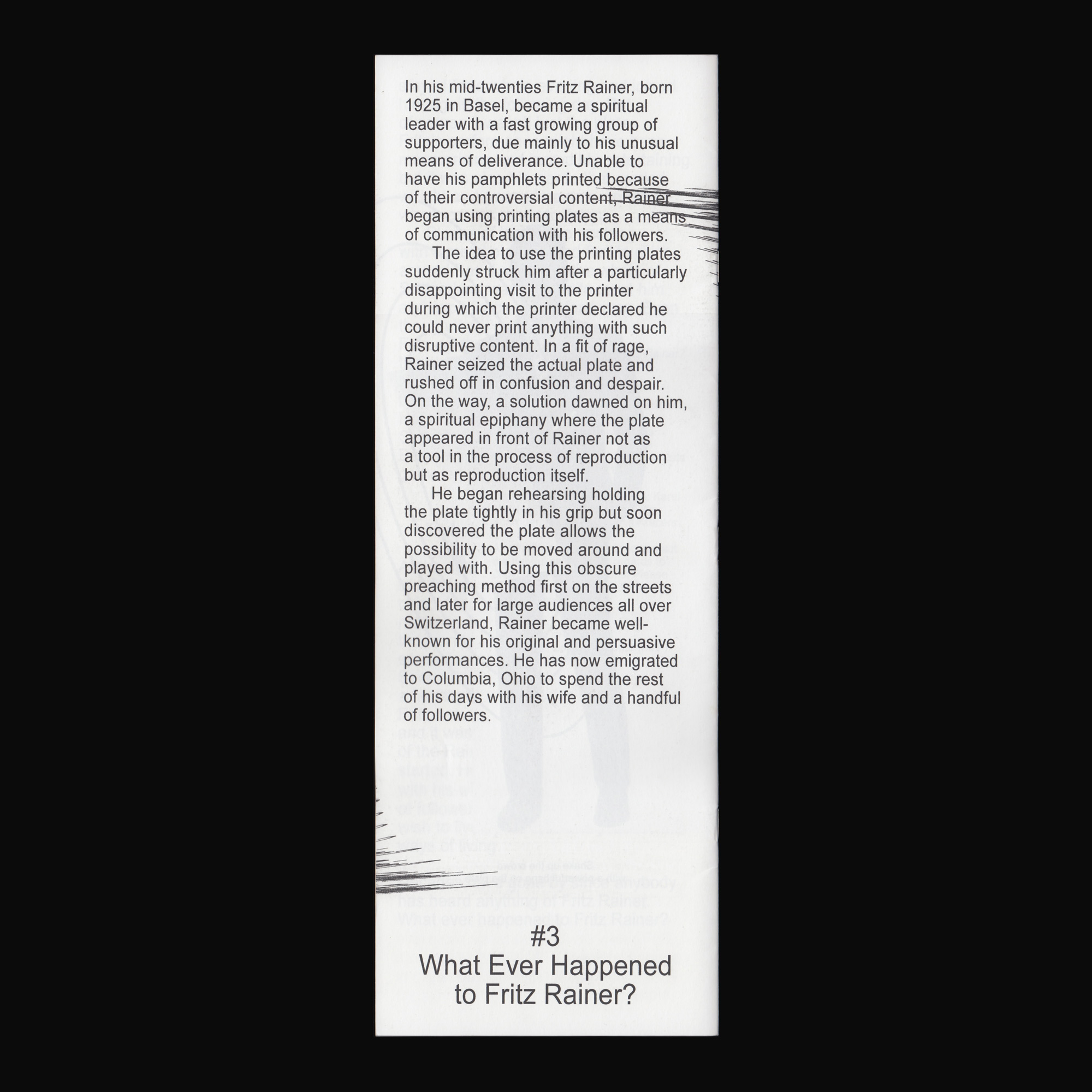 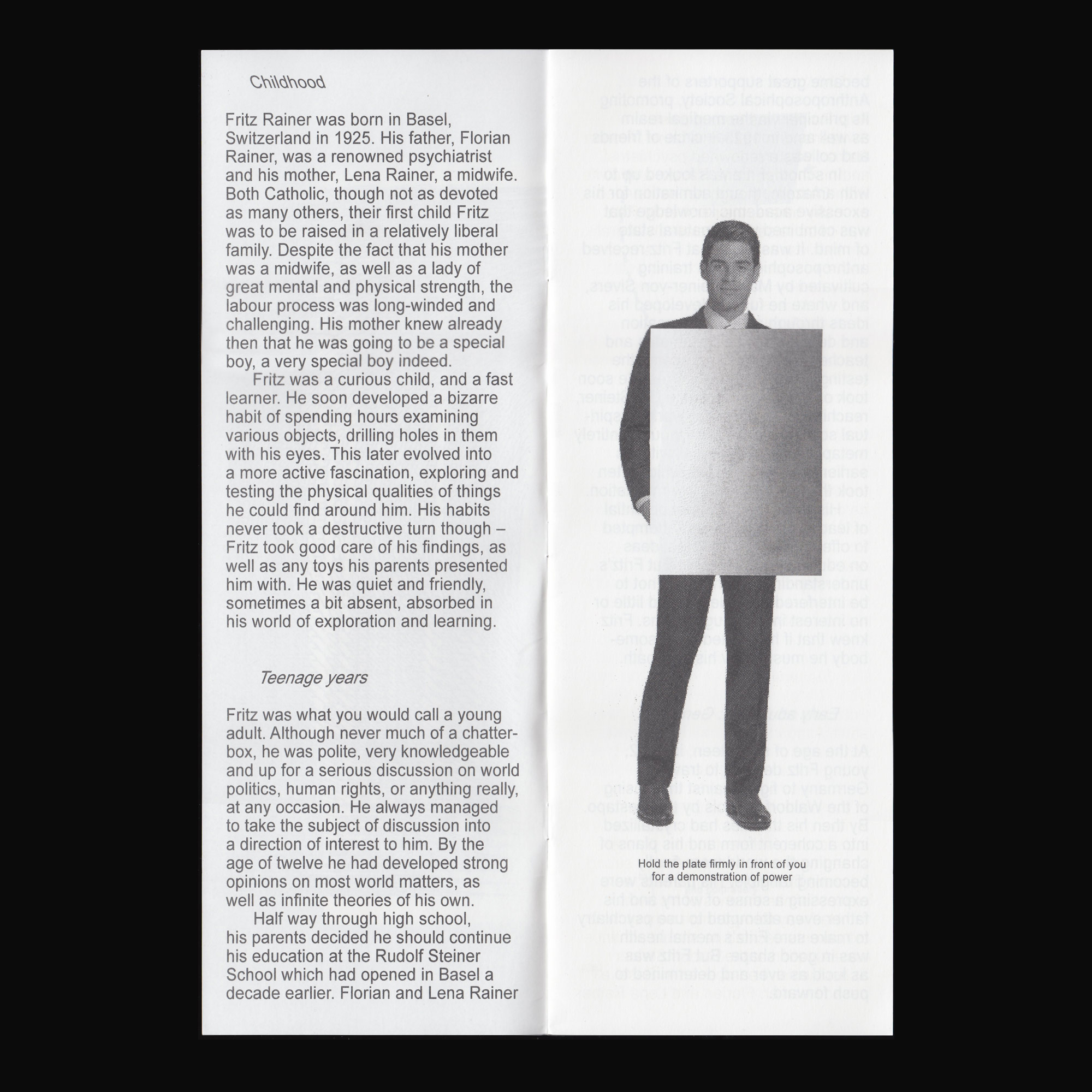 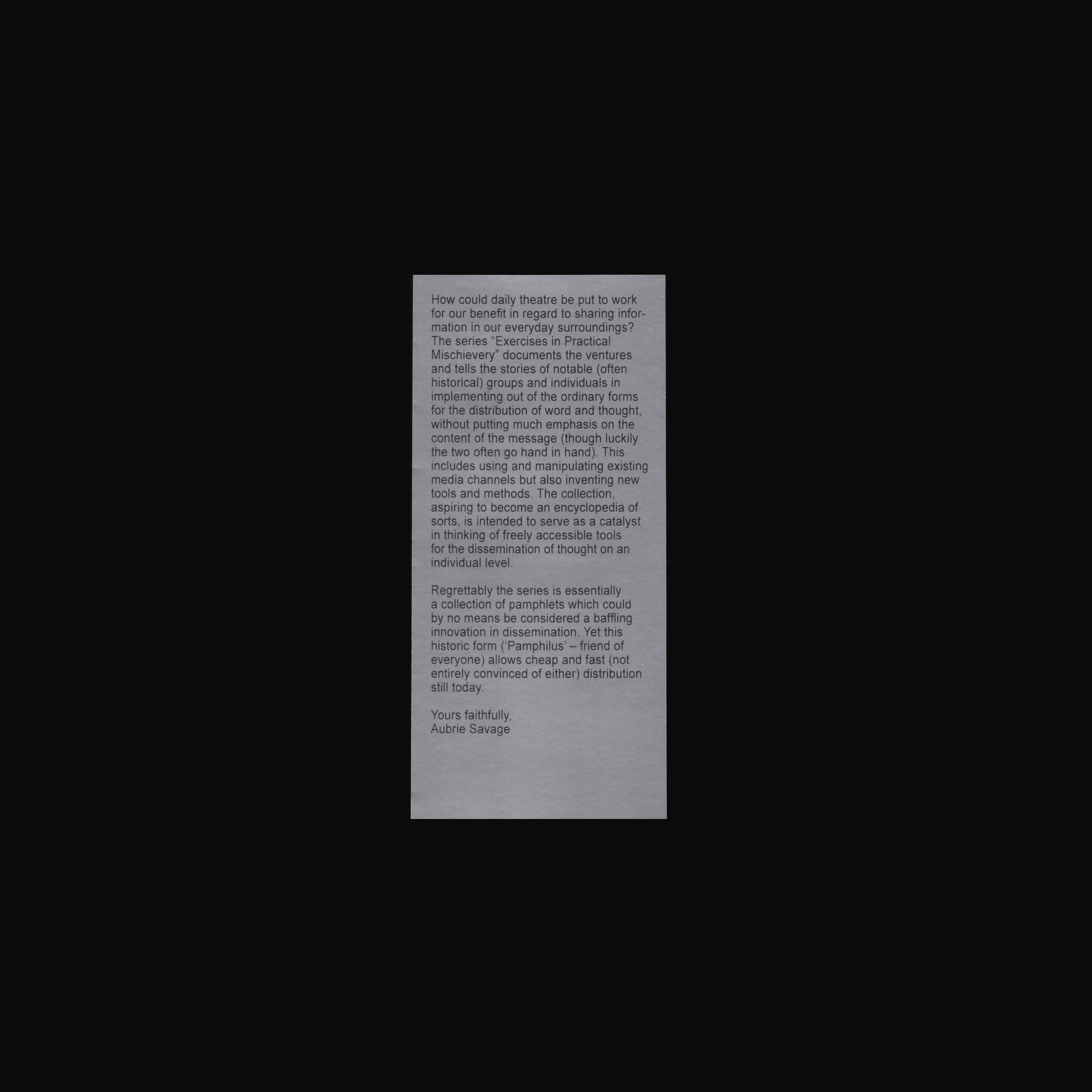 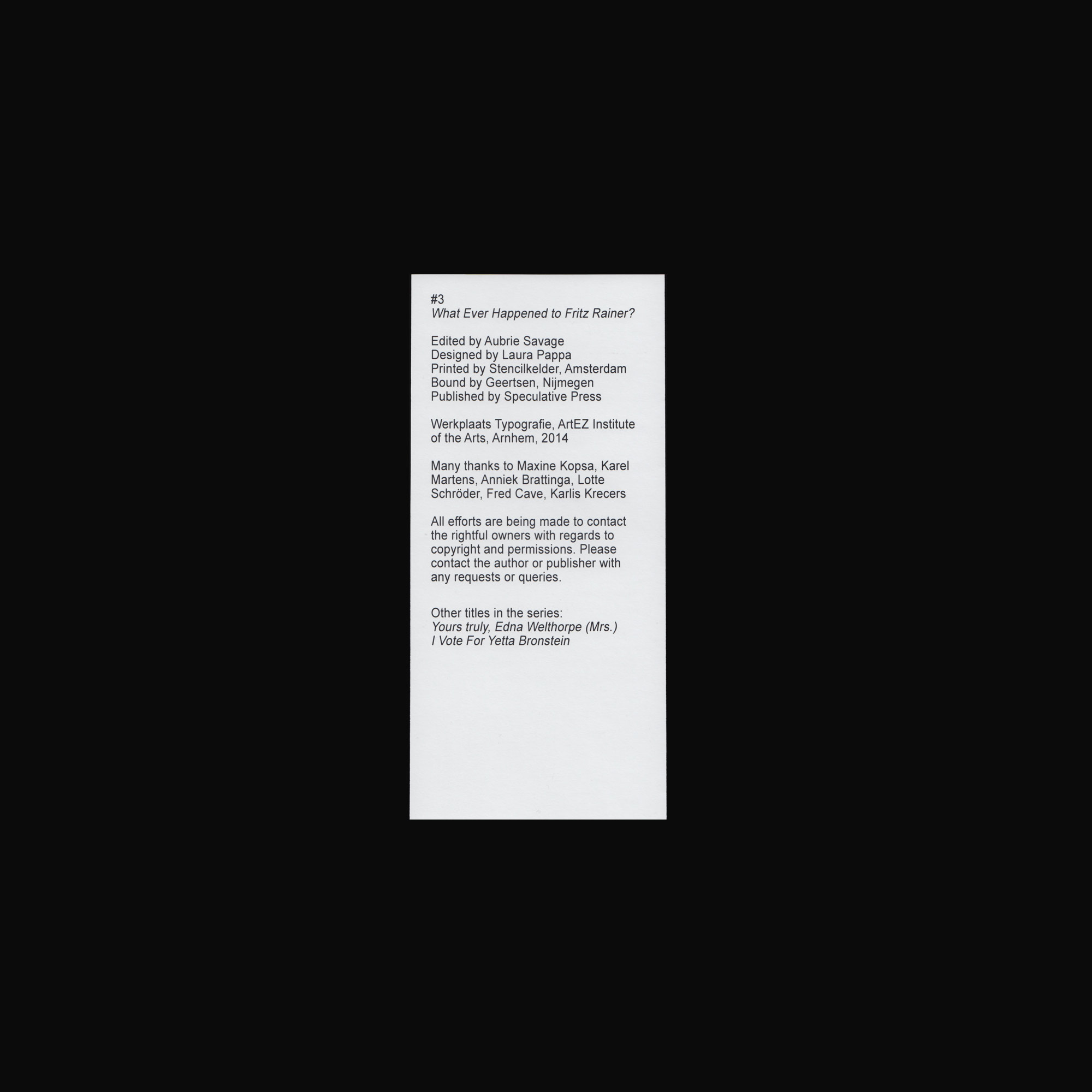 Exercises in Practical Mischievery #3 What Ever Happened To Fritz Rainer? Laura Pappa

Fritz Rainer (1925, Basel) became a spiritual leader in his mid-twenties guiding people through the trials of life. In 1951 he began preaching on the streets and soon enough his teachings started to attract bigger and bigger crowds. The movement rapidly developed into a cult-like entity with a large group of supporters and followers. Analysts have speculated that the real driving force behind Rainer’s popularity was his unusual not to say bizarre method of deliverance. The method, now taken on by The Rainer Plate creators, incorporated the employment of the material qualities of a CTP printing plate to give speeches all over the country. This included bizarre movements with the plate, a variety of ear-splitting sounds the plate produced, the reflection of it, not to mention the presence of an odd-sized metal sheet that in itself raised a mass furor, which eventually influenced the minds of the crowds, converting them into full-scale Rainerists.

The publication walks us through Fritz’ life and uncovers some details from his past. 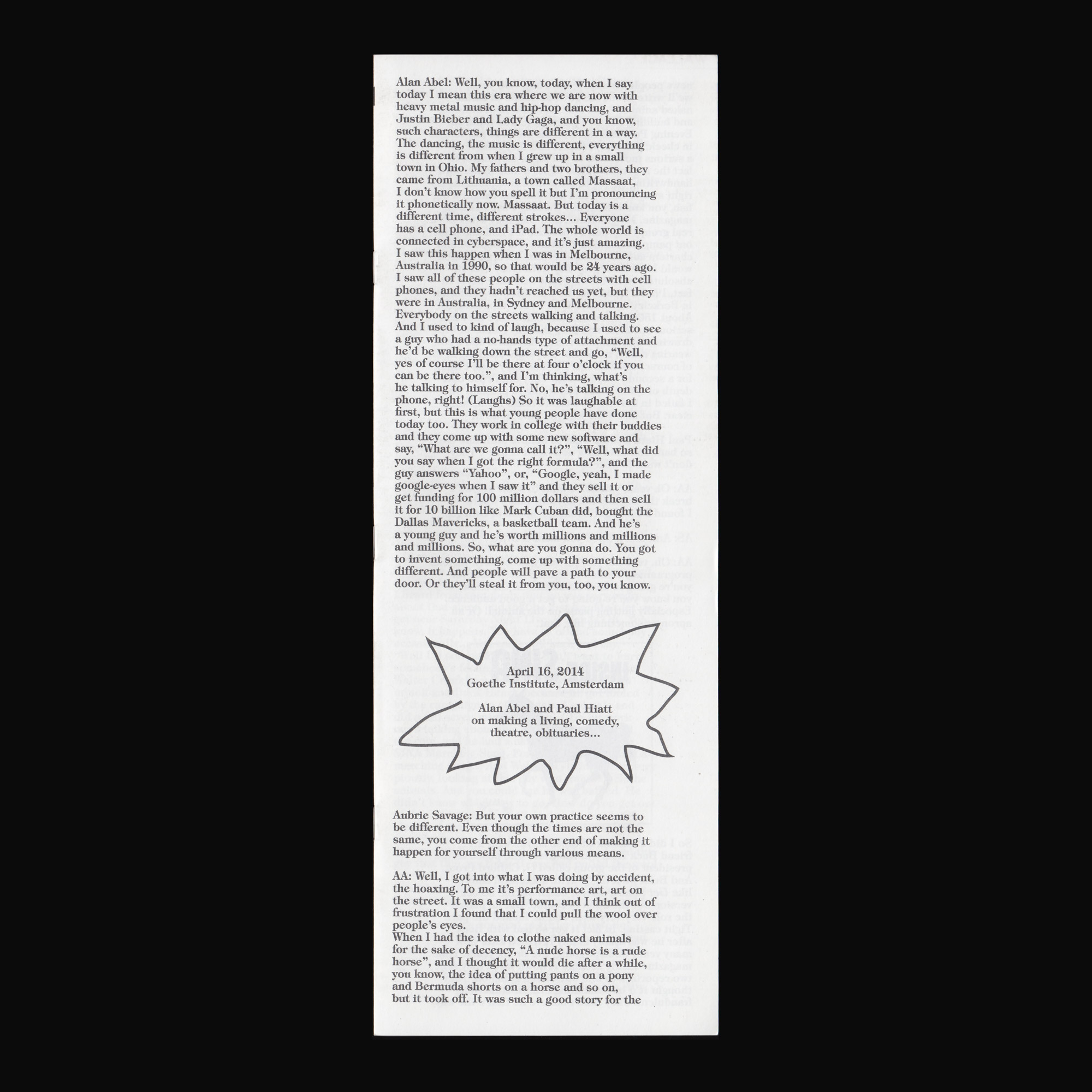 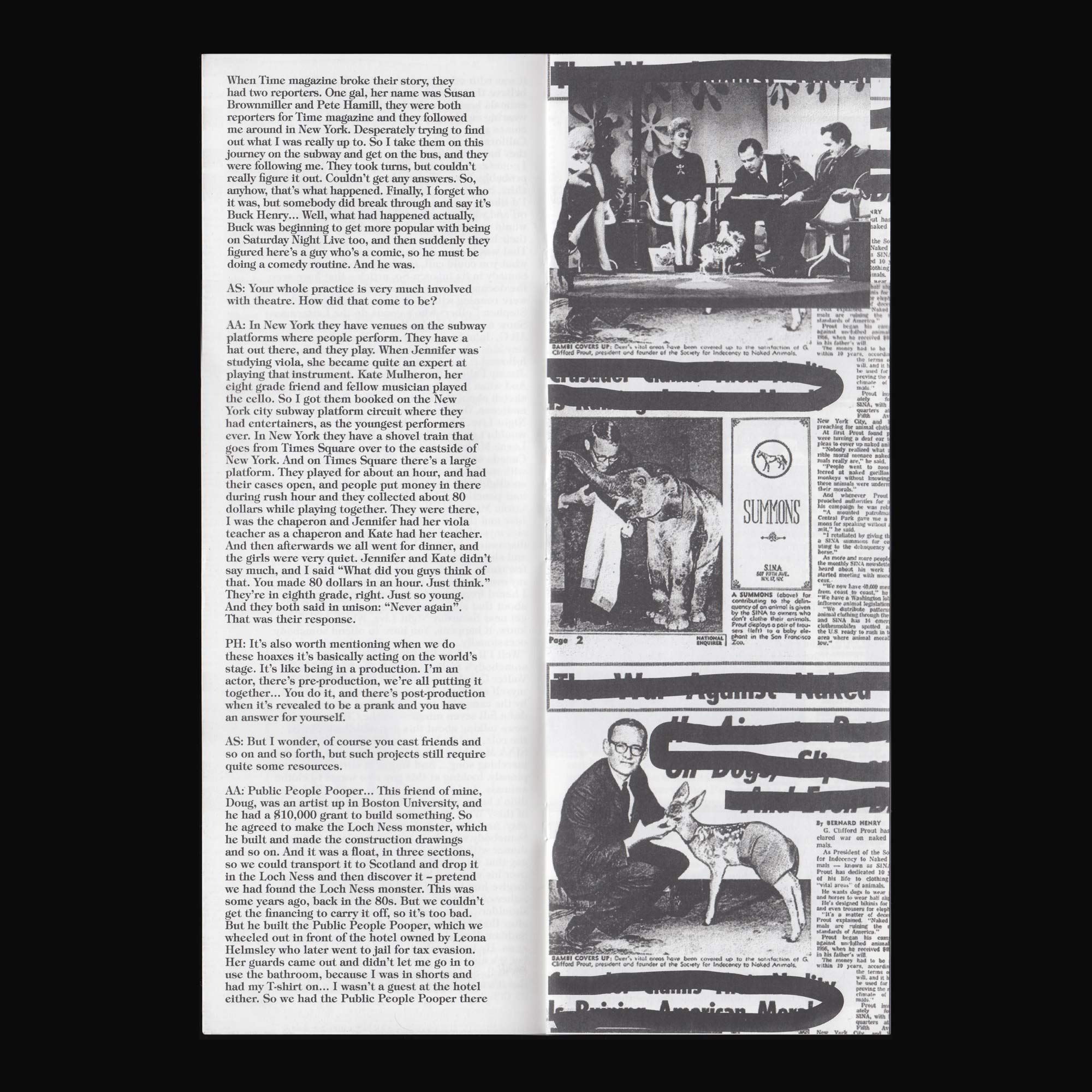 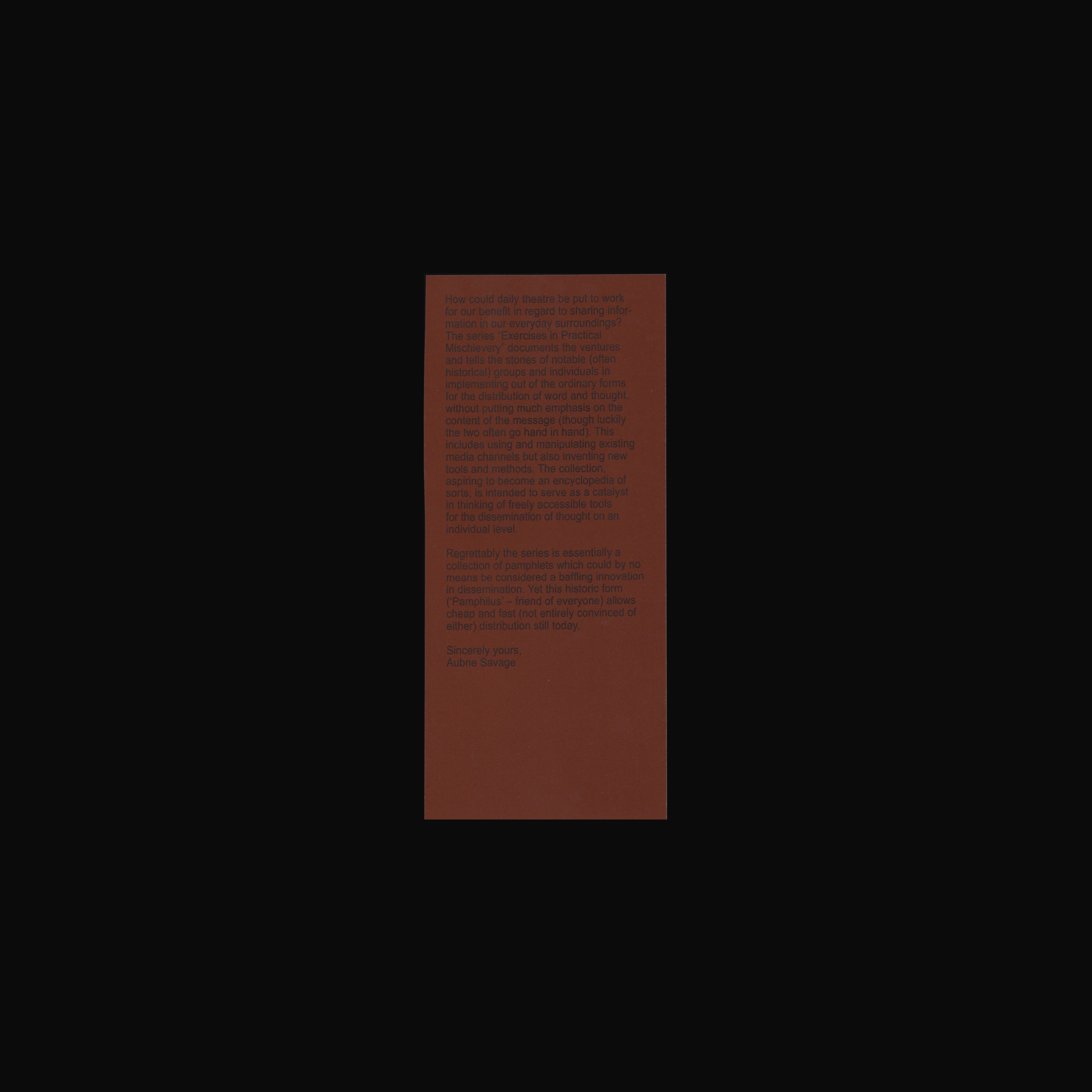 Yetta Bronstein, as a 48-year-old house-wife from the Bronx, ran for President in 1964 and again in 1968 as the candidate for the Best Party. Her slogans were “Vote for Yetta and things will get betta” and “Put a mother in the White House.”

The publication houses an interview with Alan Abel (1930), the man behind all these characters including creator of Yetta. Alan was an American prankster, writer and filmmaker who frequently appeared on television, radio and newspapers with his scandalous and provoking undertakings. During the interview the discussion seamlessly flows from one prank to another, from one juicy detail to the next. Along the way his relationship to theatre and the media are discussed, as well as his approach to work. 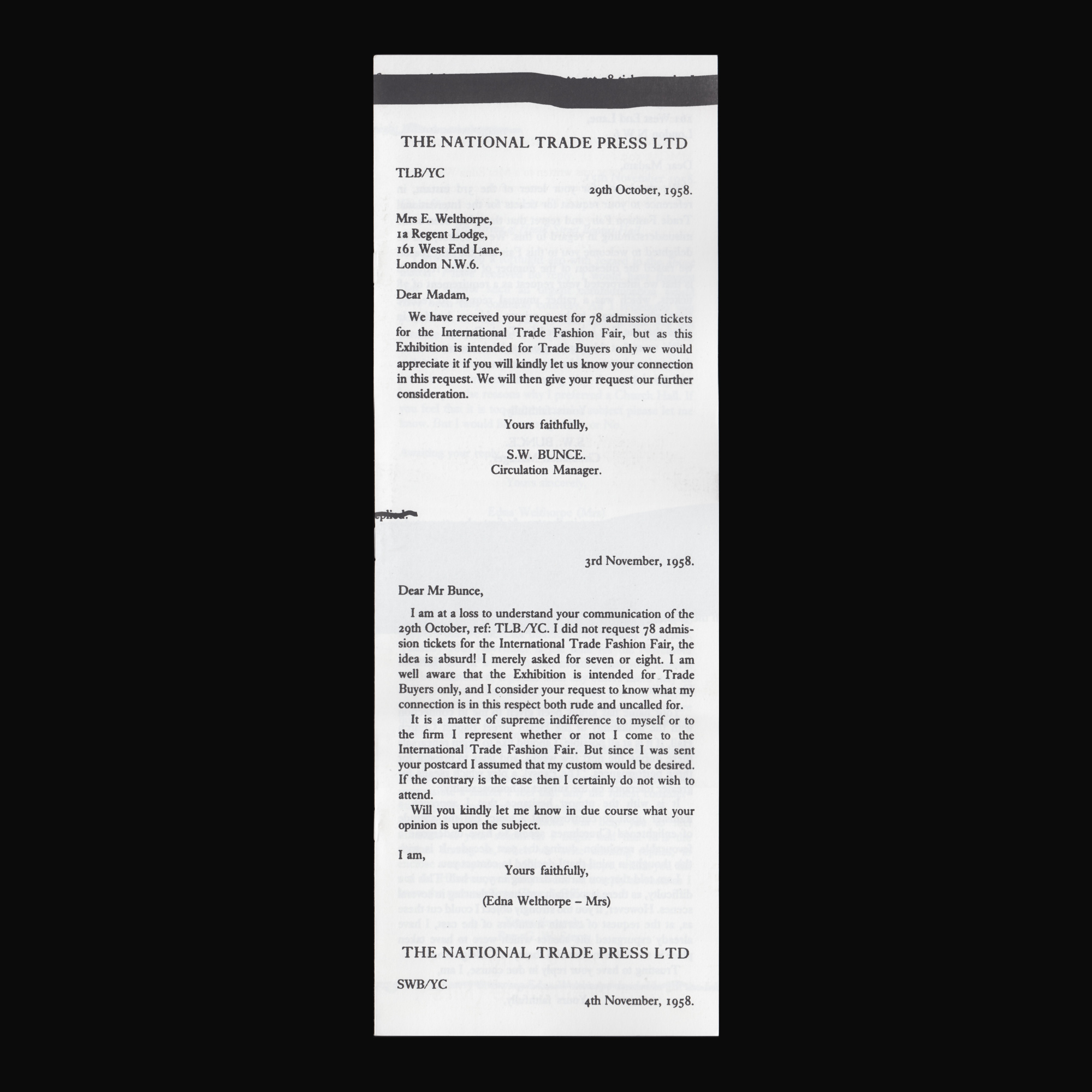 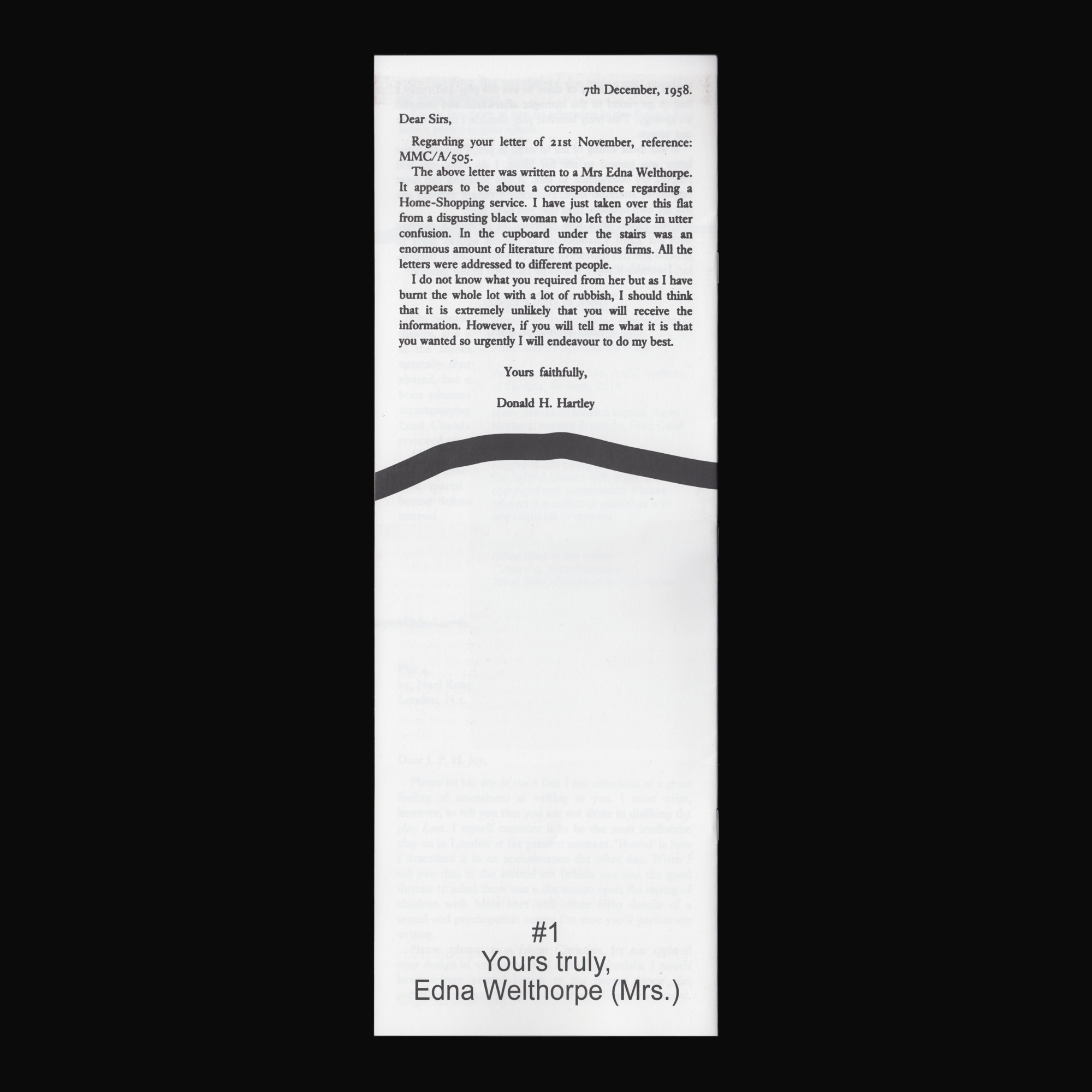 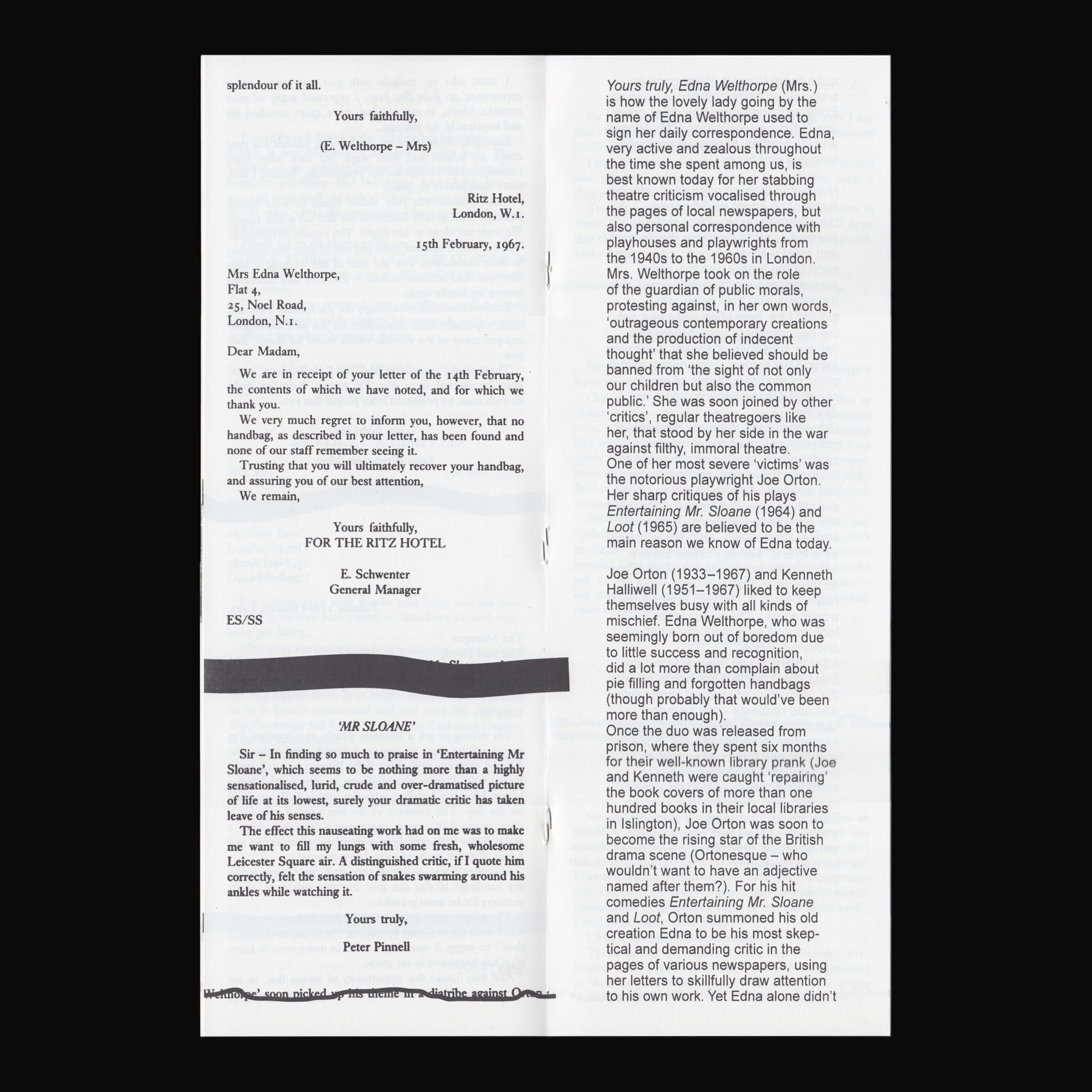 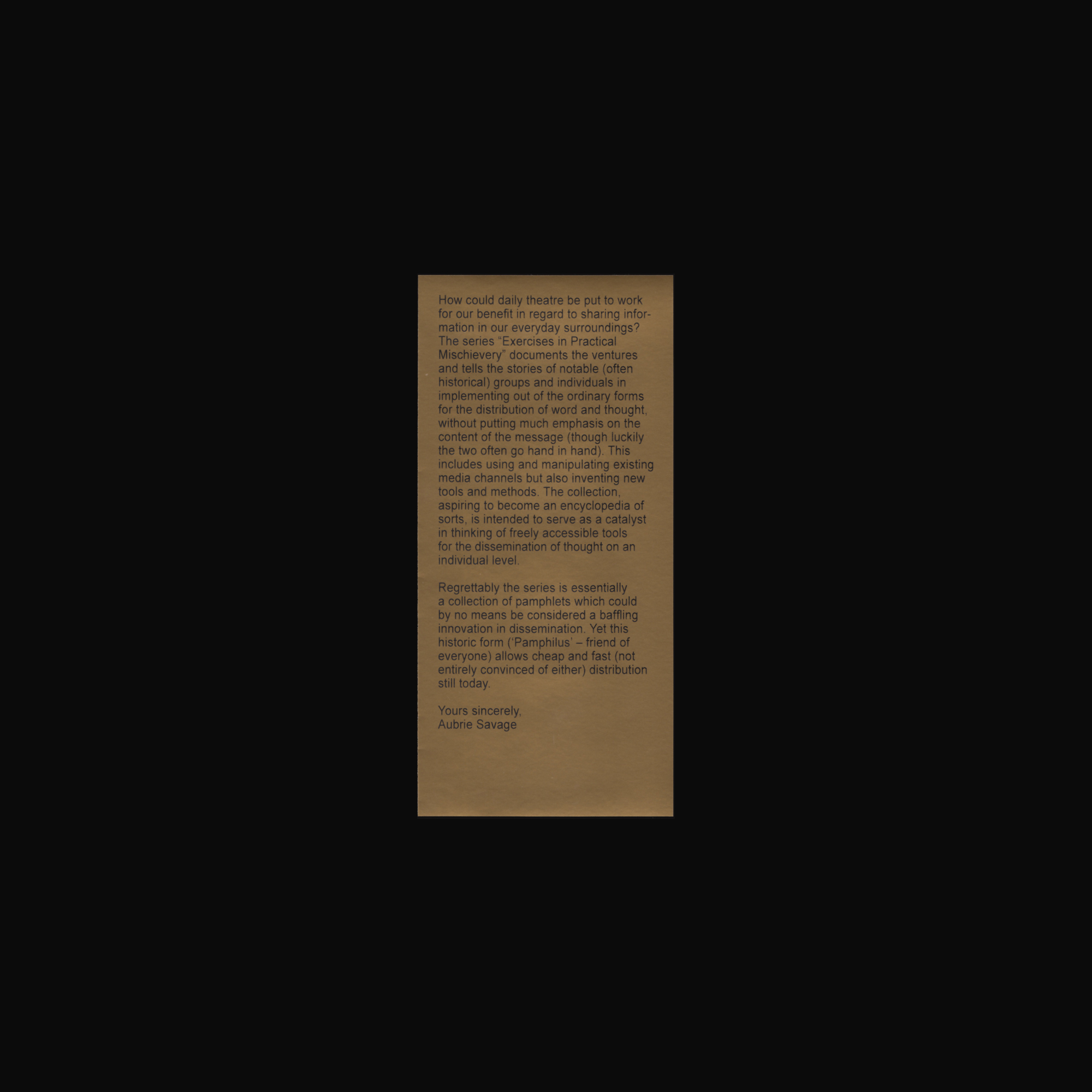 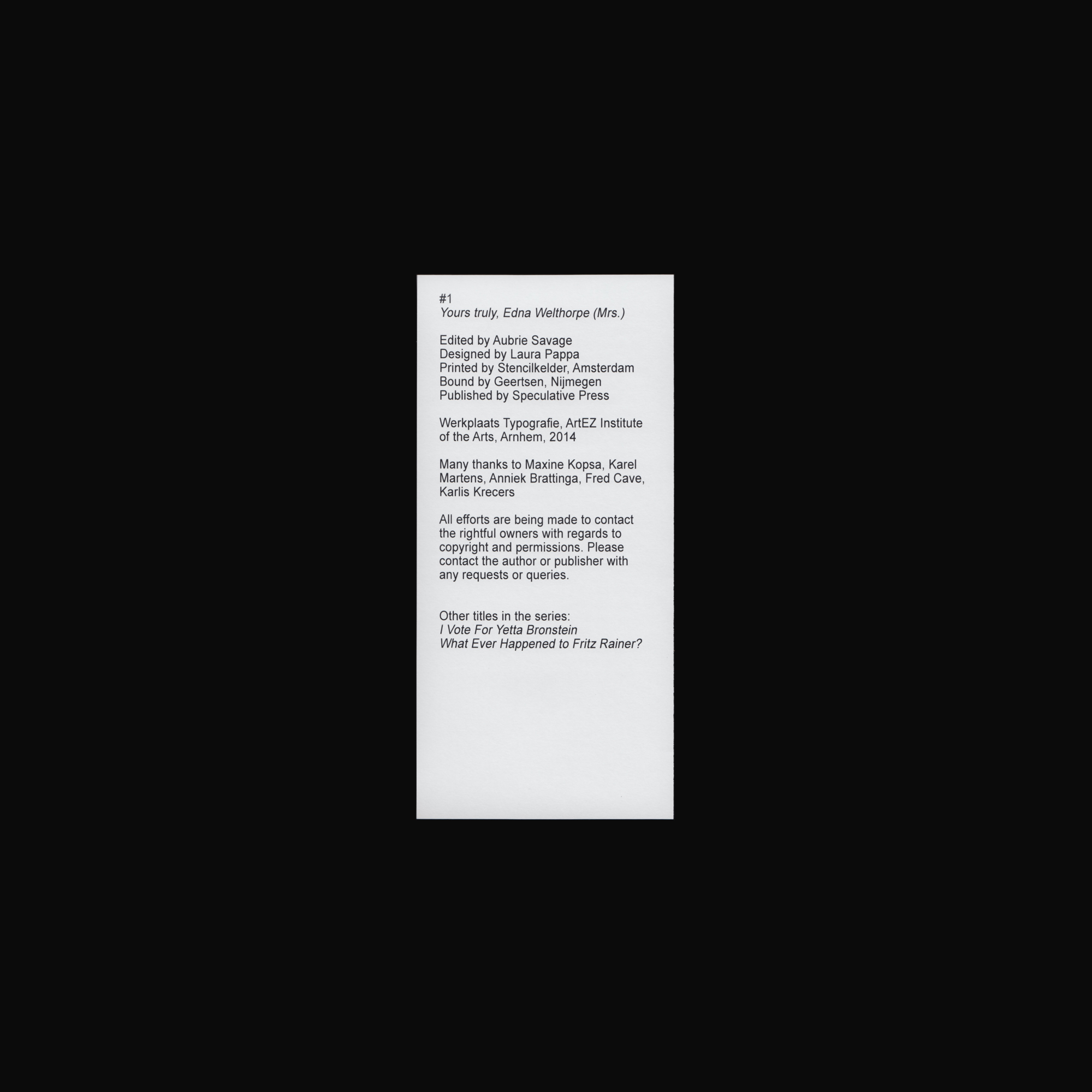 The lovely woman going by the name of Edna Welthorpe is known today for her stabbing theatre criticism vocalised through the pages of local newspapers but also in her personal correspondence with playhouses and playwrights from the 1940s to the 1960s in London. Mrs Welthorpe took on the role of the guardian of public morals, protesting against, in her own words, ‘outrageous contemporary creations and the production of indecent thought’ that she believed should be banned from ‘the sight of not only our children but also the common public.’

Edna Welthorpe is one of the pseudonyms of the notorious British playwright Joe Orton (1933–1967), whom Orton used as an outraged critic of his work after he had achieved fame; she was joined later by the imaginary Donald H. Hartley, an Orton booster. Right up to his death, Orton wrote letters under different pseudonyms, which he used to create mischief and argument.

The publication reproduces some of Edna’s correspondence that was first published in the book Prick Up Your Ears: The Biography of Joe Orton by John Lahr (1978). 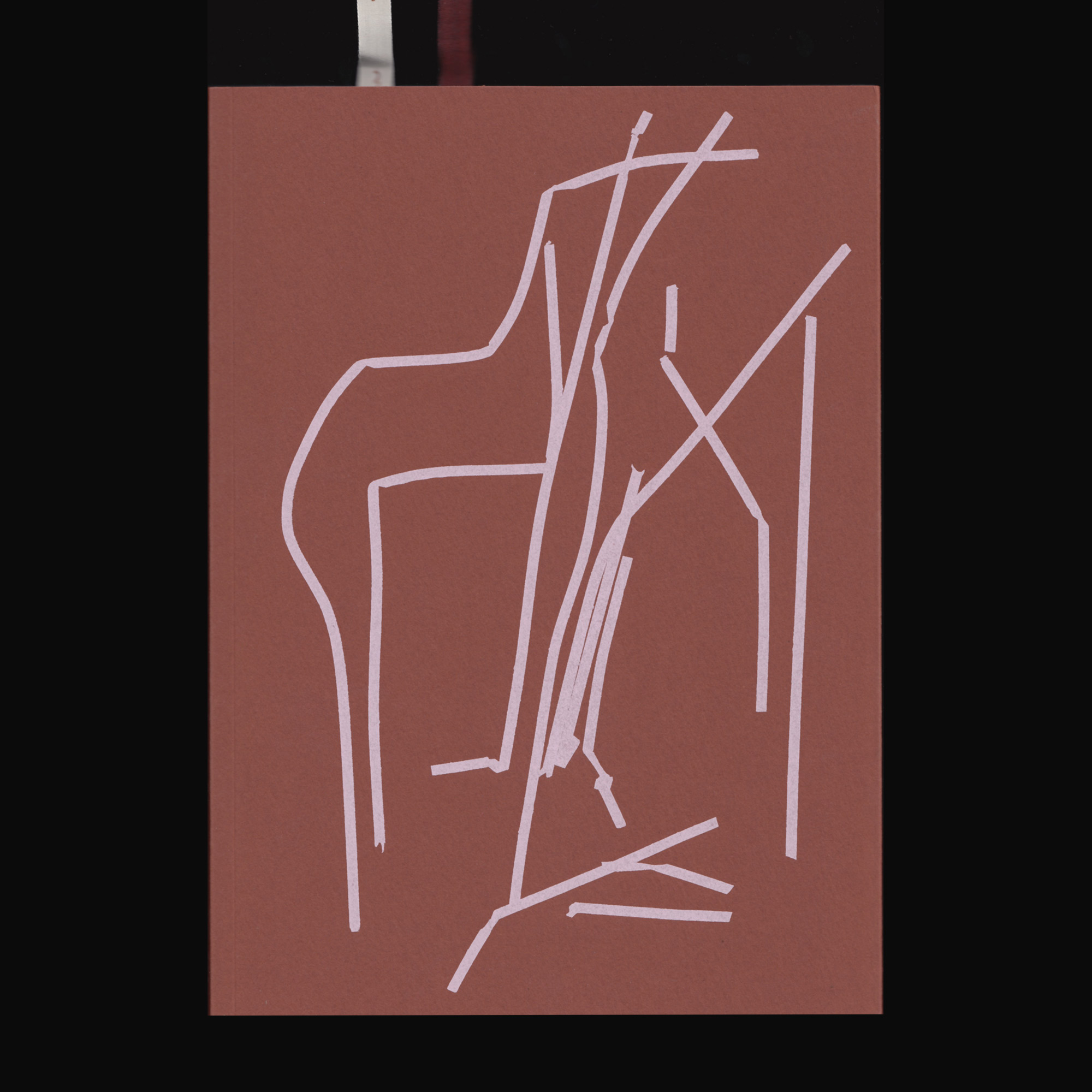 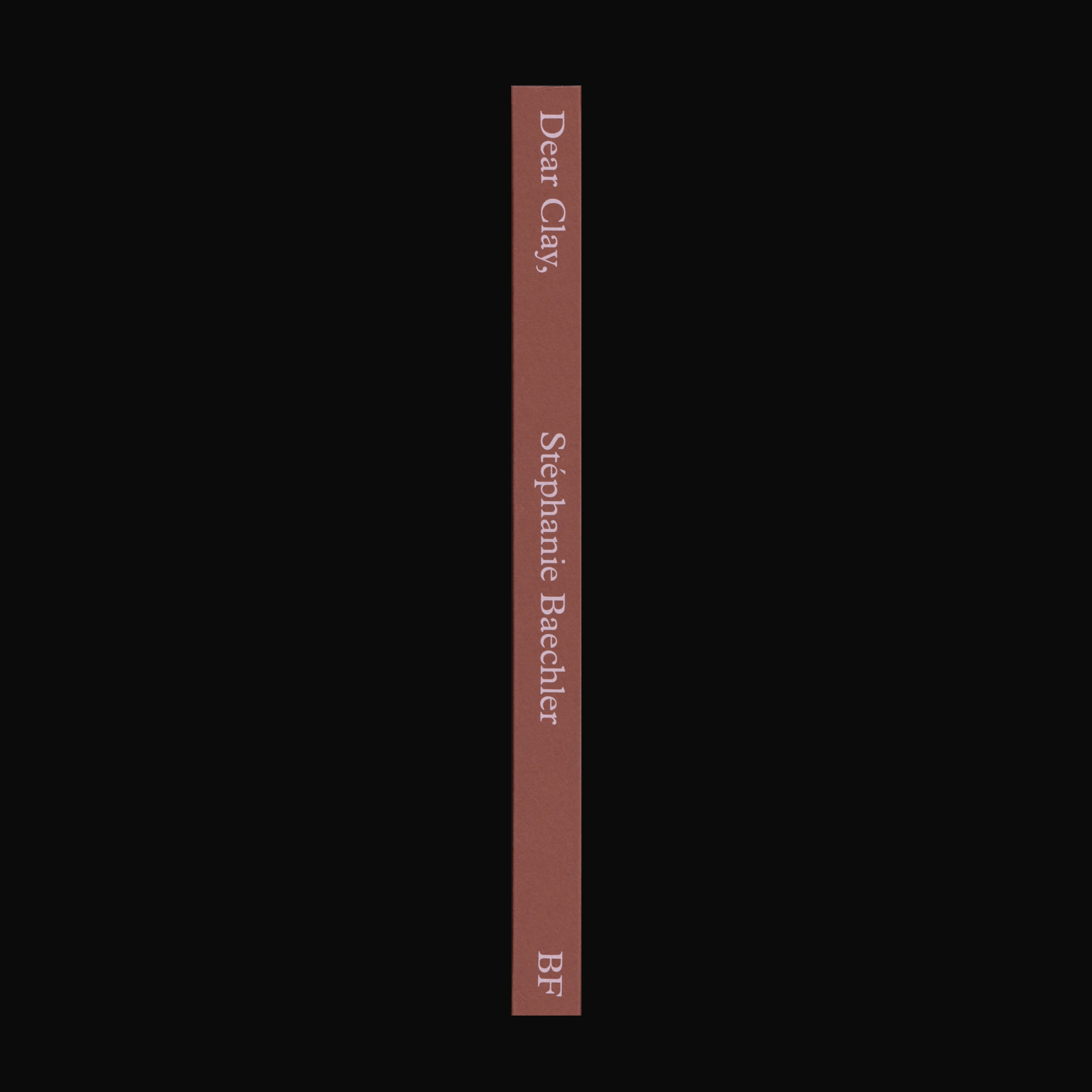 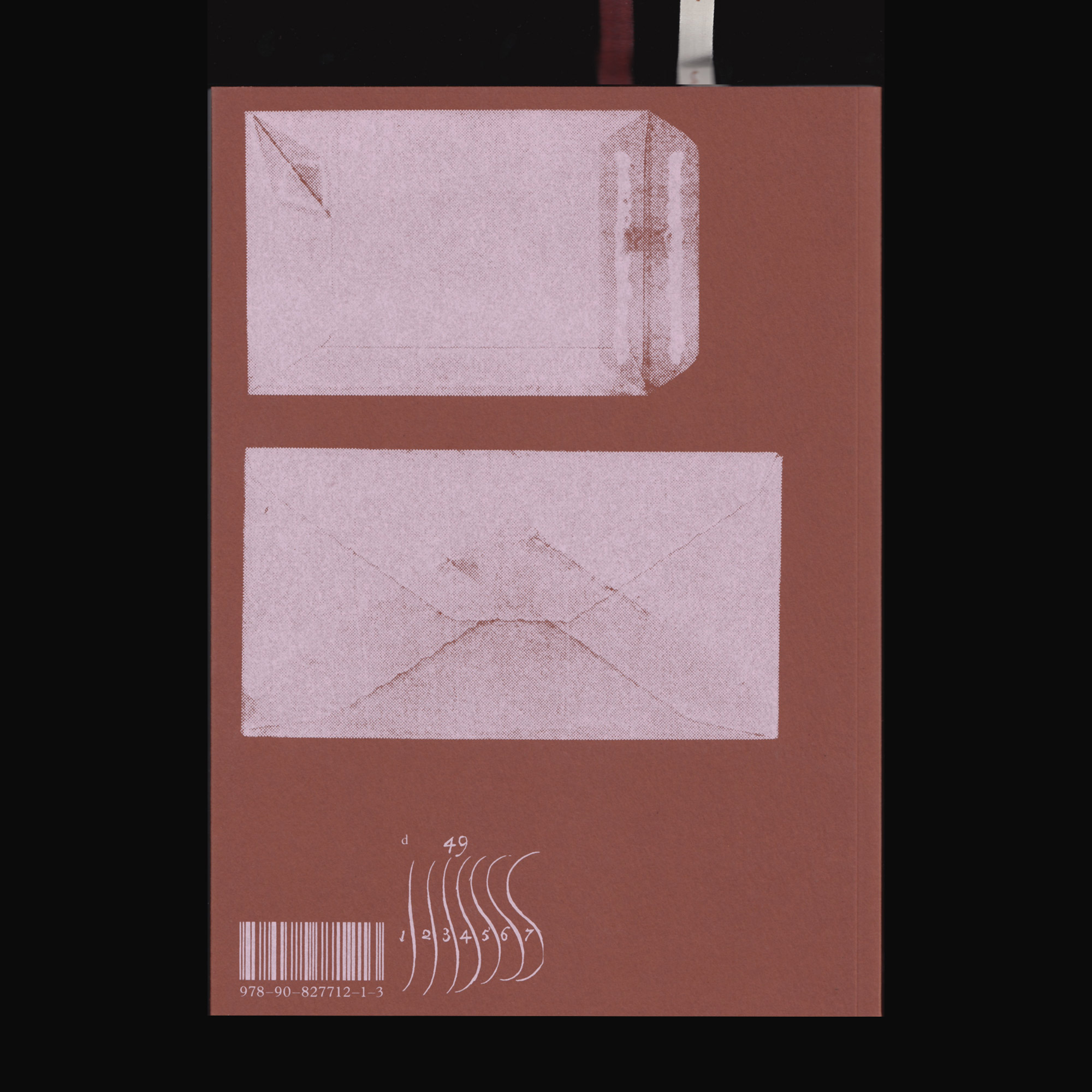 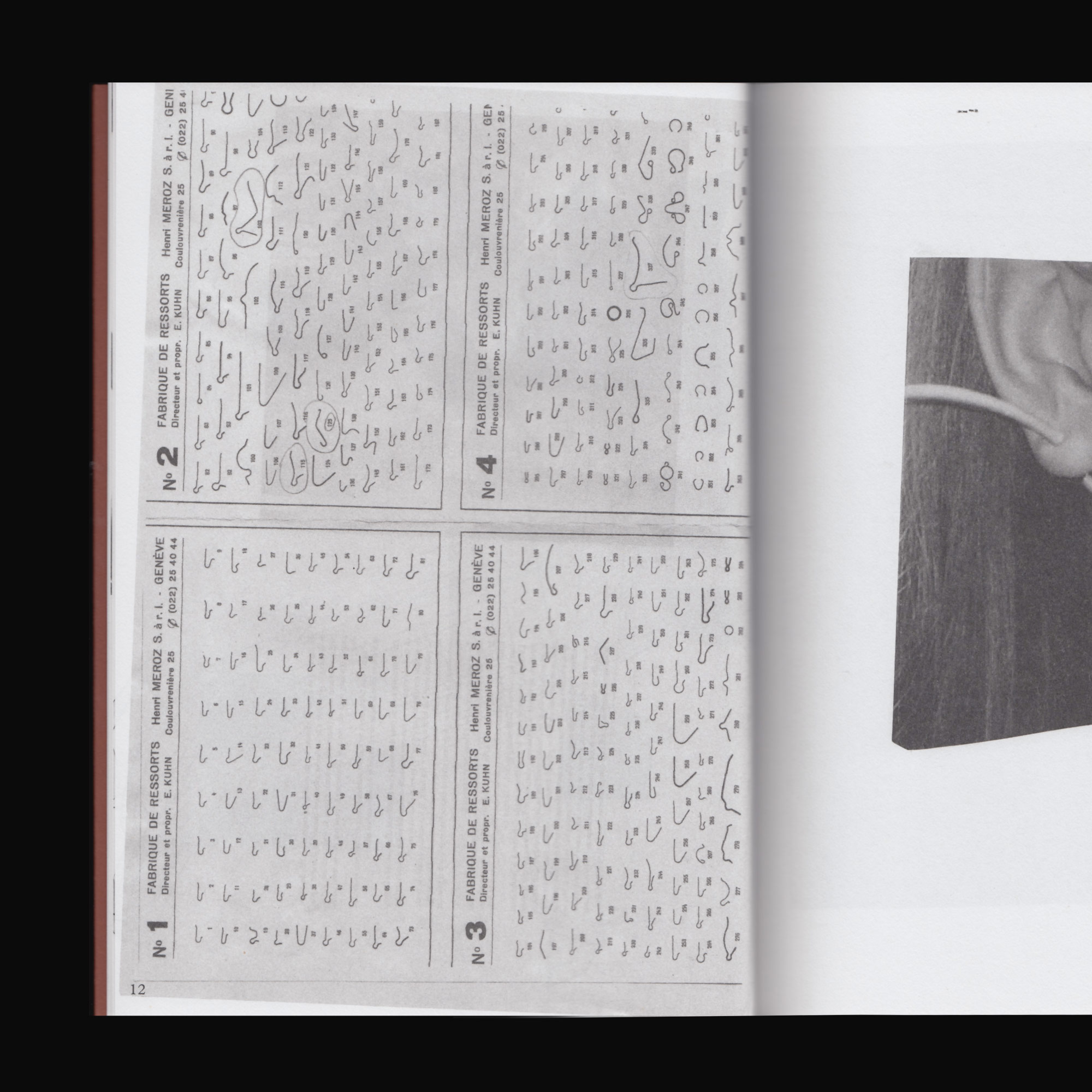 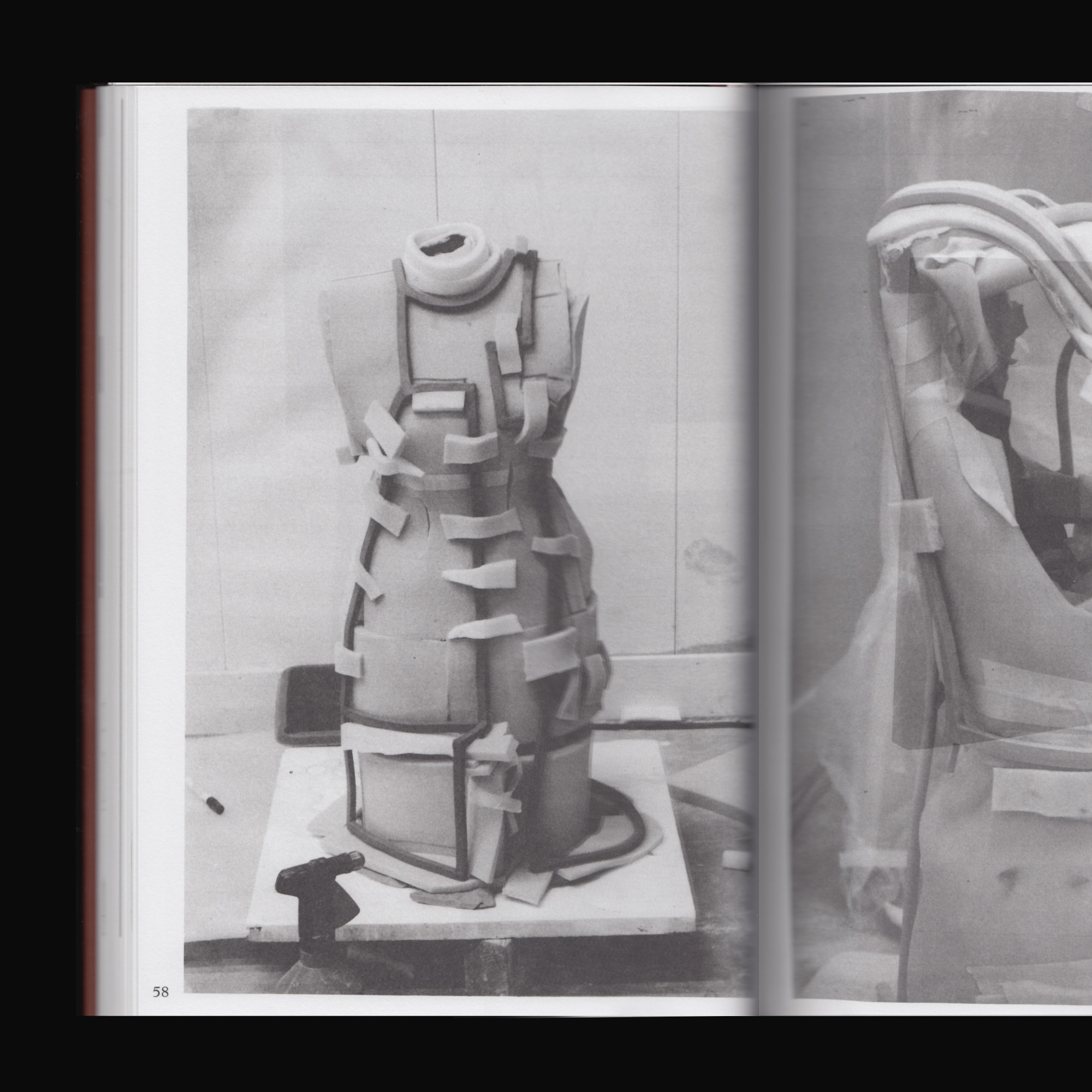 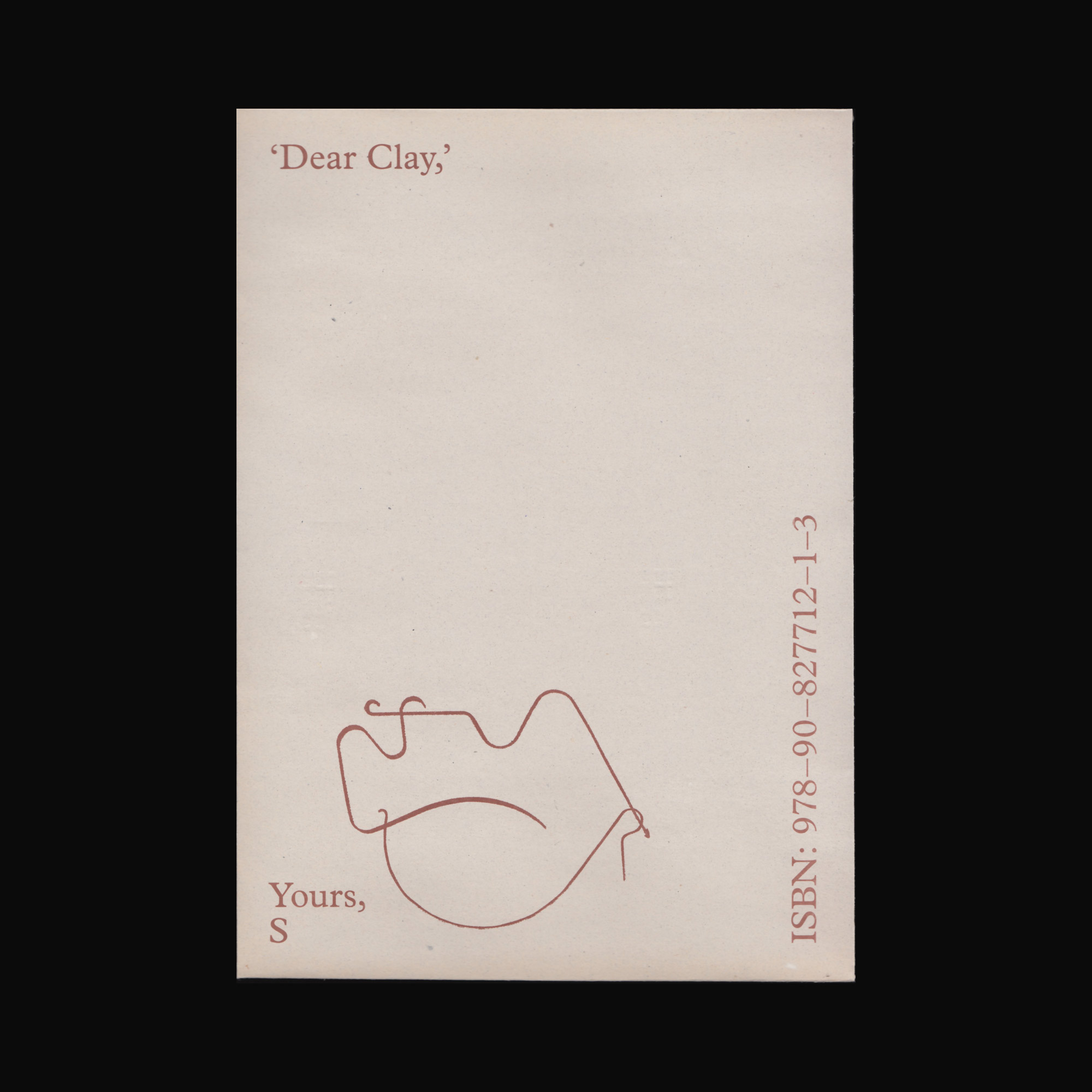 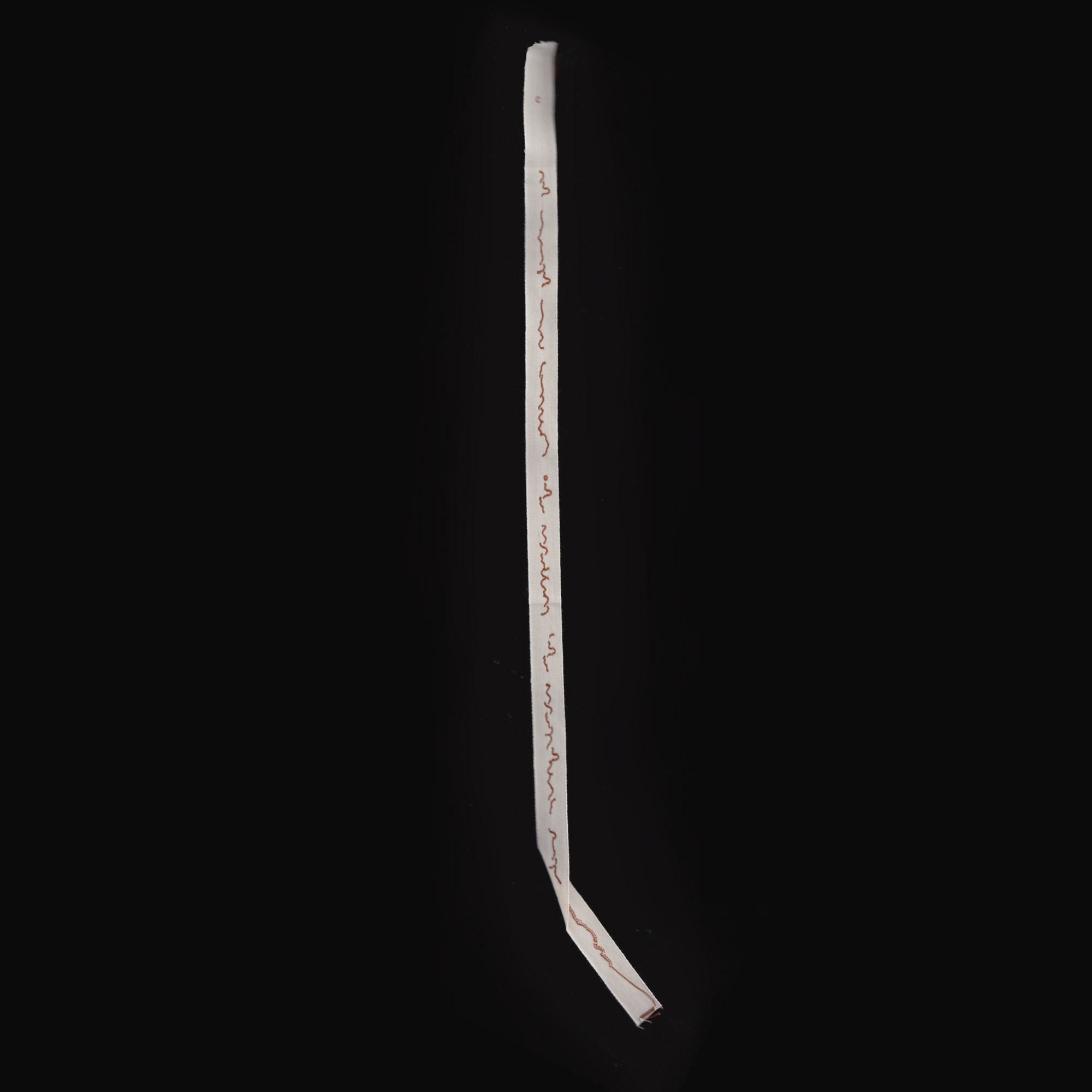 Dear Clay gathers a selection of spreads extracted from Stéphanie Baechler’s meticulous sketchbooks displayed in chronological order (2013 – 2019), as well as 35mm photographs documenting her working process. Providing an intimate insight into her artistic practice, it reveals what facilitates the work from its conception to its making, transportation, and installation.