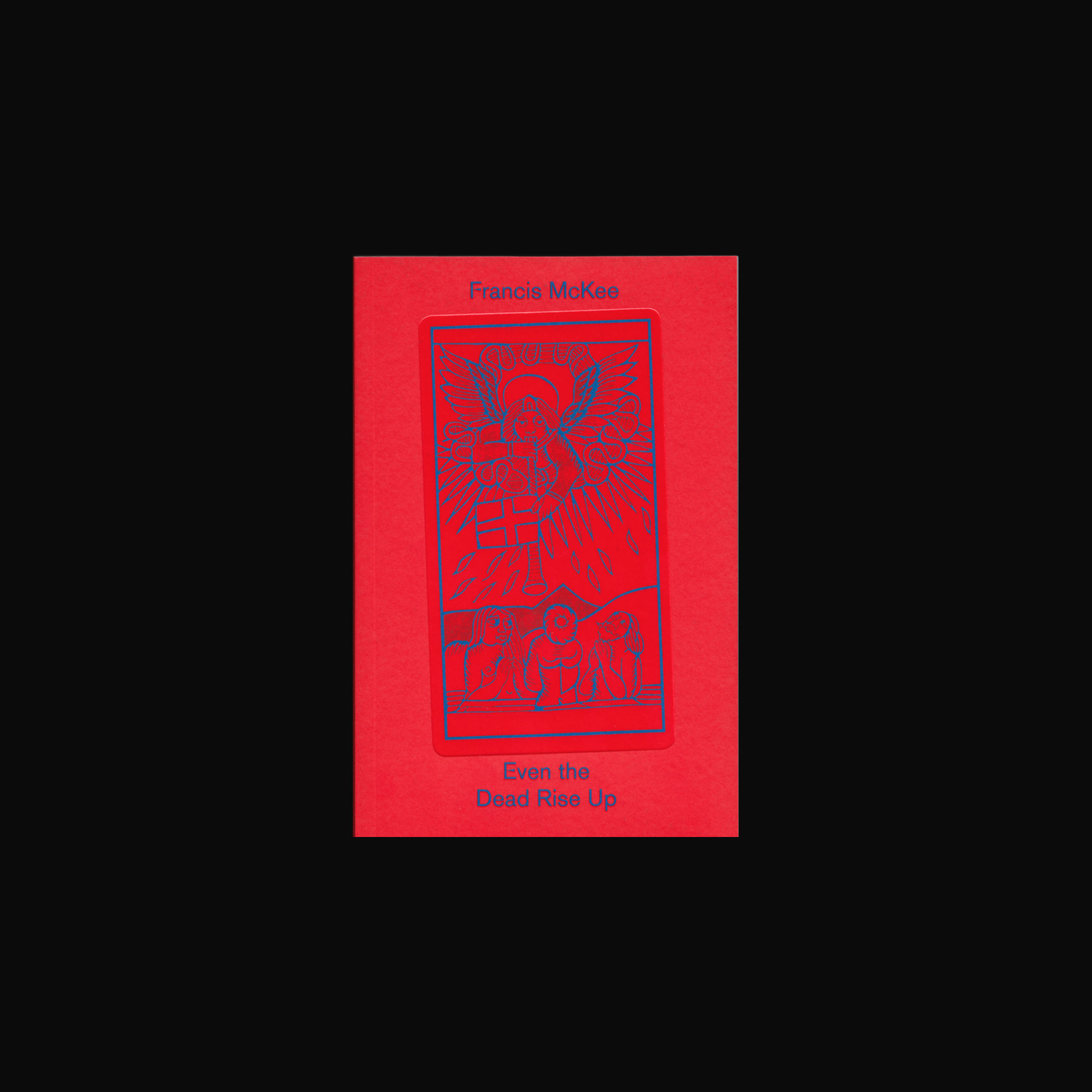 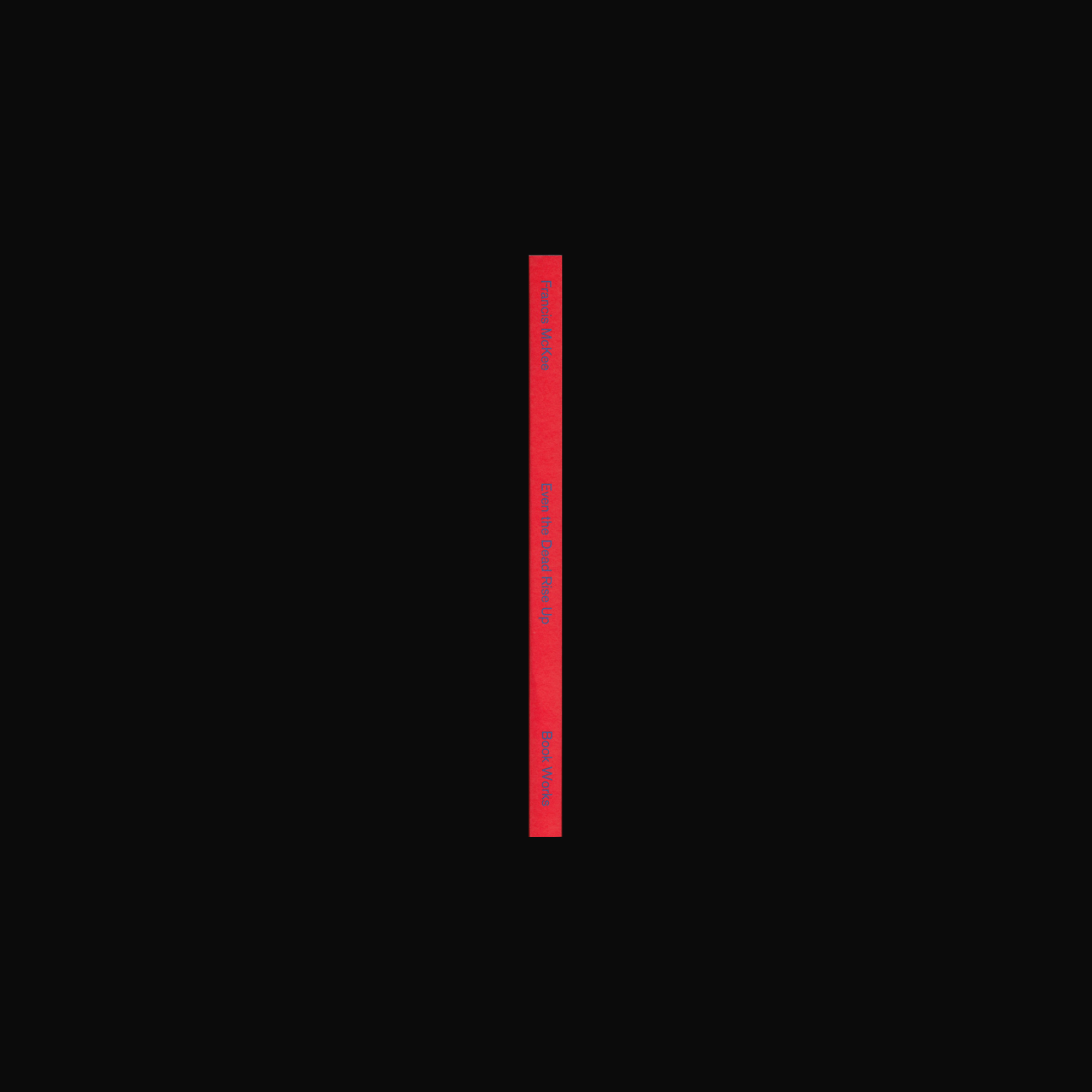 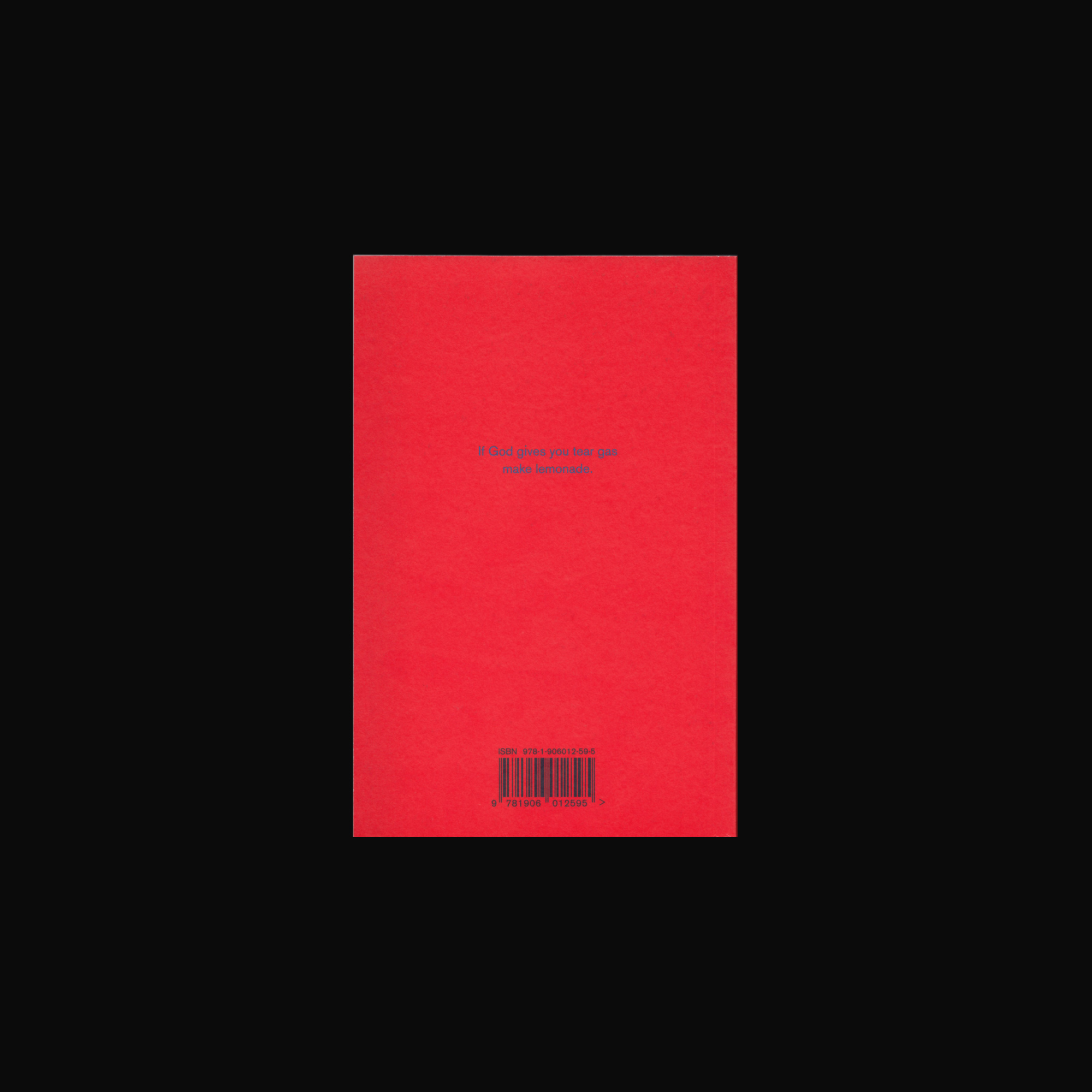 Even the Dead Rise Up Francis McKee

In Francis McKee’s first novel, observations of séances, scientific advances, group education outings, Kurdish protests for the ‘disappeared’, become mixed with his own Tarot influenced visions: a haunting spirit appears; the relation between political resistance and Spiritualism is cast as an insurrectionary force and a millenarian energy, celebrating the ecstatic moment. Histories of isolated early Christians and twentieth century mystics affect the psyche, all of this documented through journal entries that move from Scottish islands to Puerto Rico. Influenced by forms of 1960s new journalism, McKee pushes language to match the raw material of the stories, which become more erratic, signalling the looming fate of the text and its author.

Francis McKee is an Irish writer and curator working in Glasgow. He is Director since 2006 of the CCA, Glasgow, and a lecturer and research fellow at Glasgow School of Art.

You can hear the author discuss the book here. 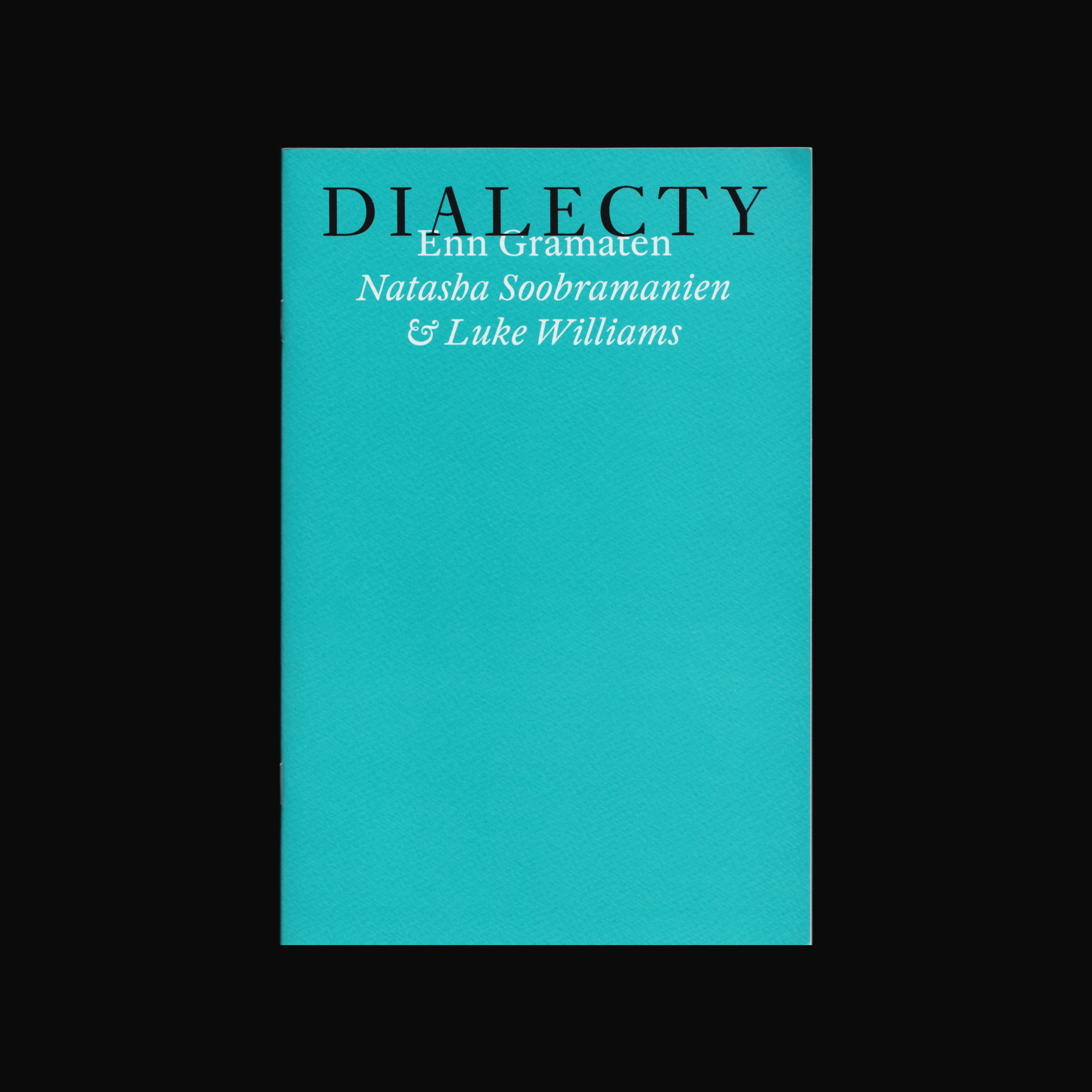 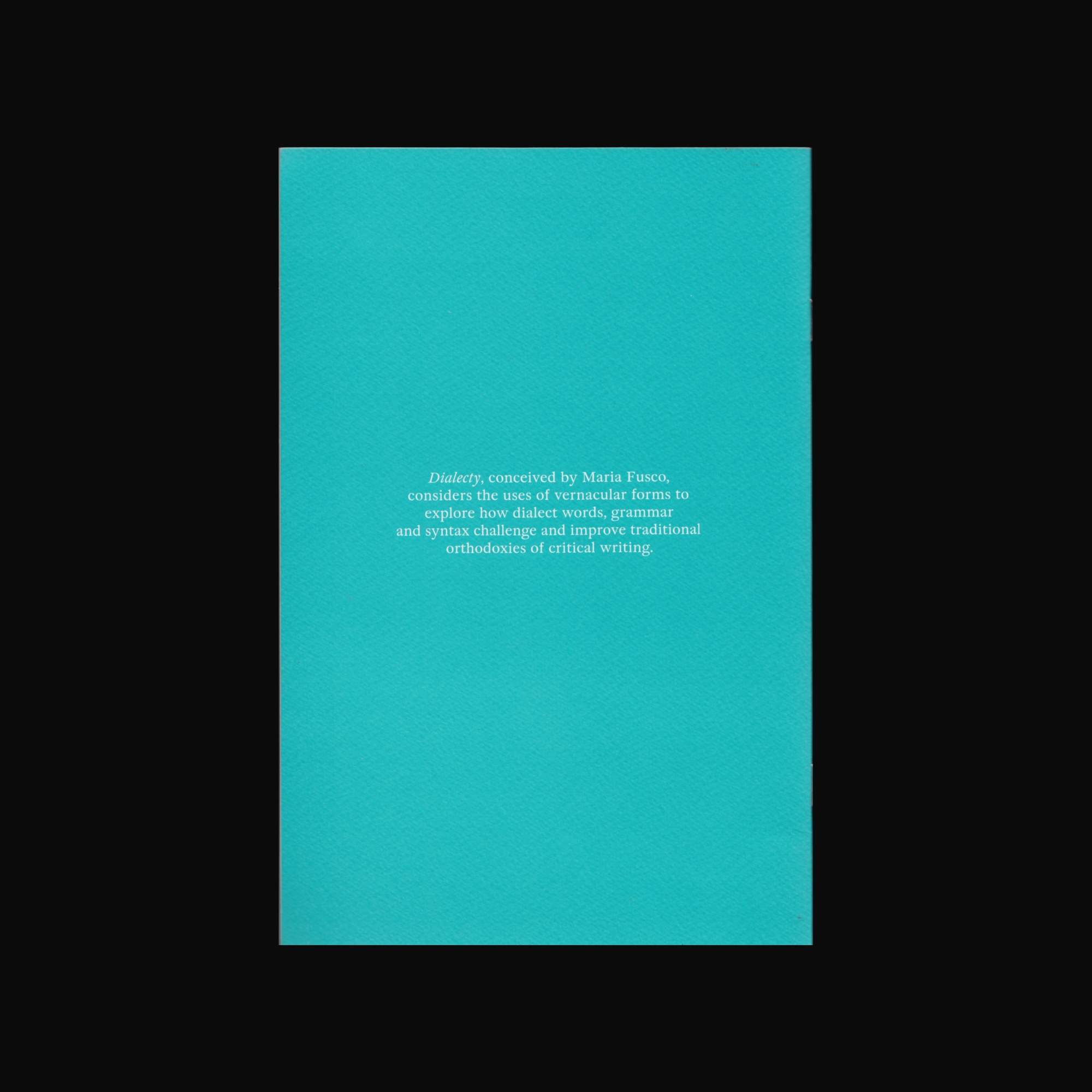 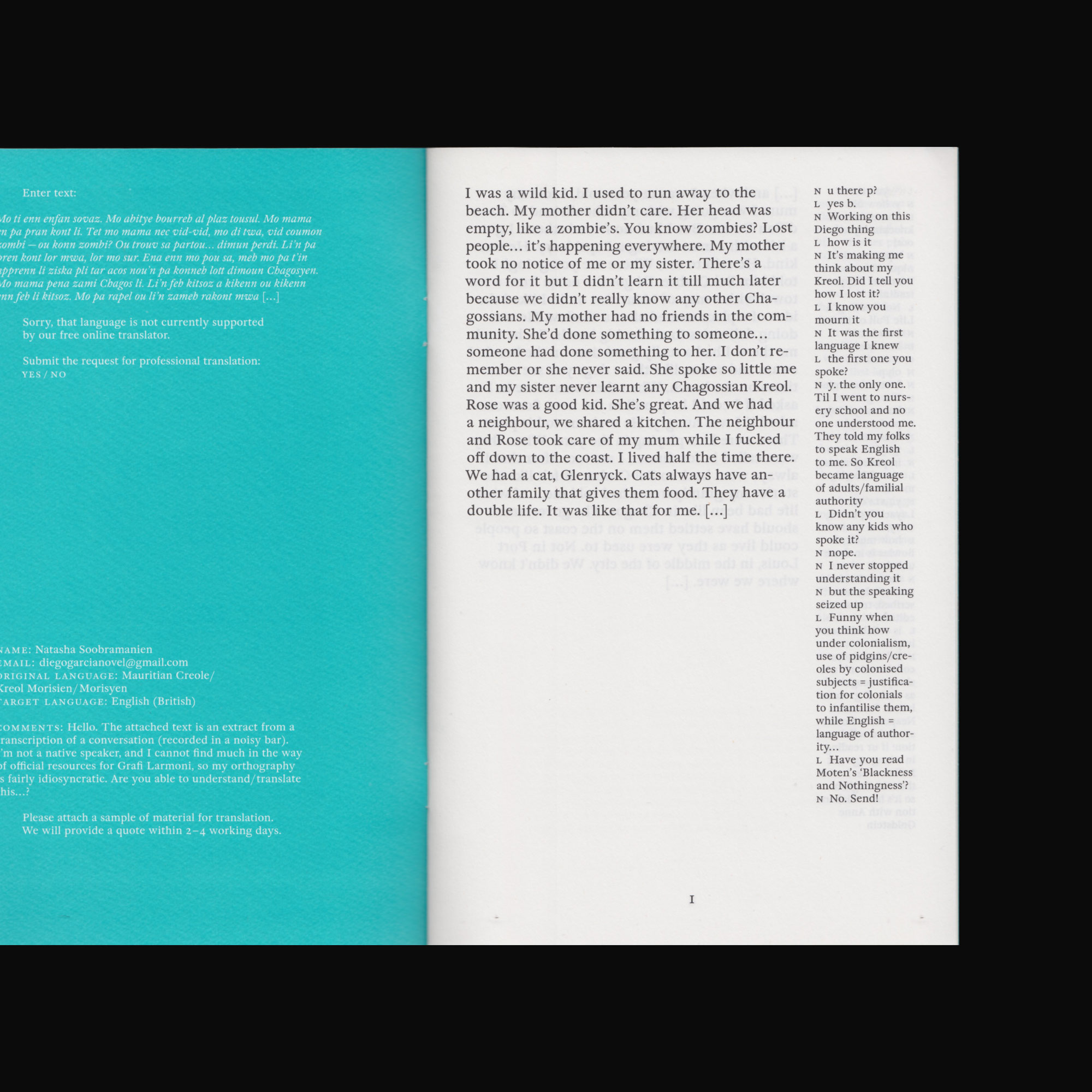 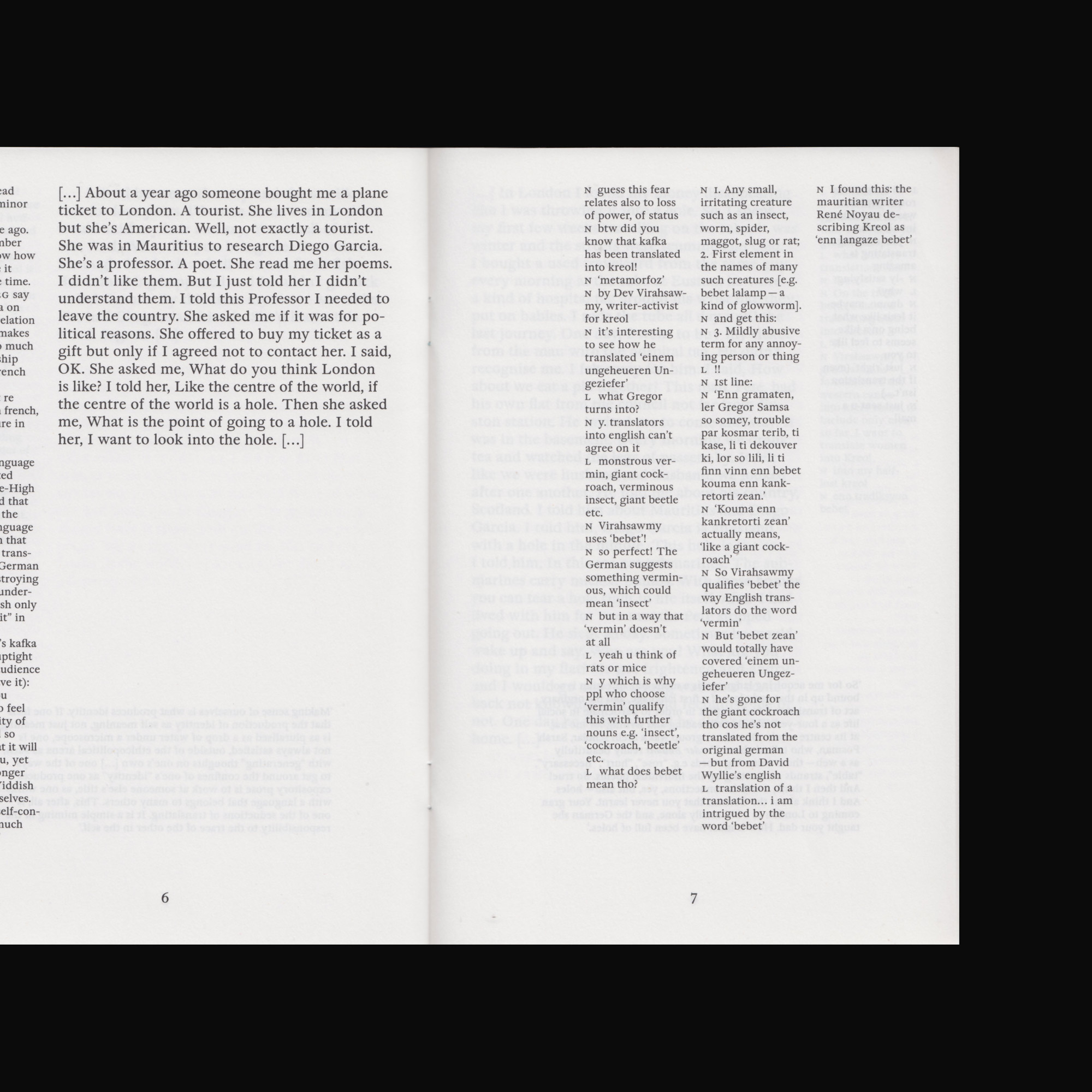 ‘N u there p?
L yes b.
N Working on this Diego thing
L how is it
N It’s making me think about my Kreol. Did I tell you
how I lost it?
L I know you mourn it
N It was the first language I knew
L the first one you spoke?
N y. the only one. Til I went to nursery school and no one understood me. They told my folks to speak English to me. So Kreol became language of adults/familial authority
L Didn’t you
know any kids who
spoke it?
N nope.
N I never stopped understanding it
N but the speaking seized up
L Funny when you think how under colonialism, use of pidgins/creoles by colonised subjects = justification for colonials to infantilise them, while English = language of authority…
L Have you read Moten’s ‘Blackness and Nothingness’?
N No. Send!’ – from Enn Gramaten

A cautionary tale of academic privilege and misadventure in Diego Garcia via a Kreole translation, and parallel live chat. 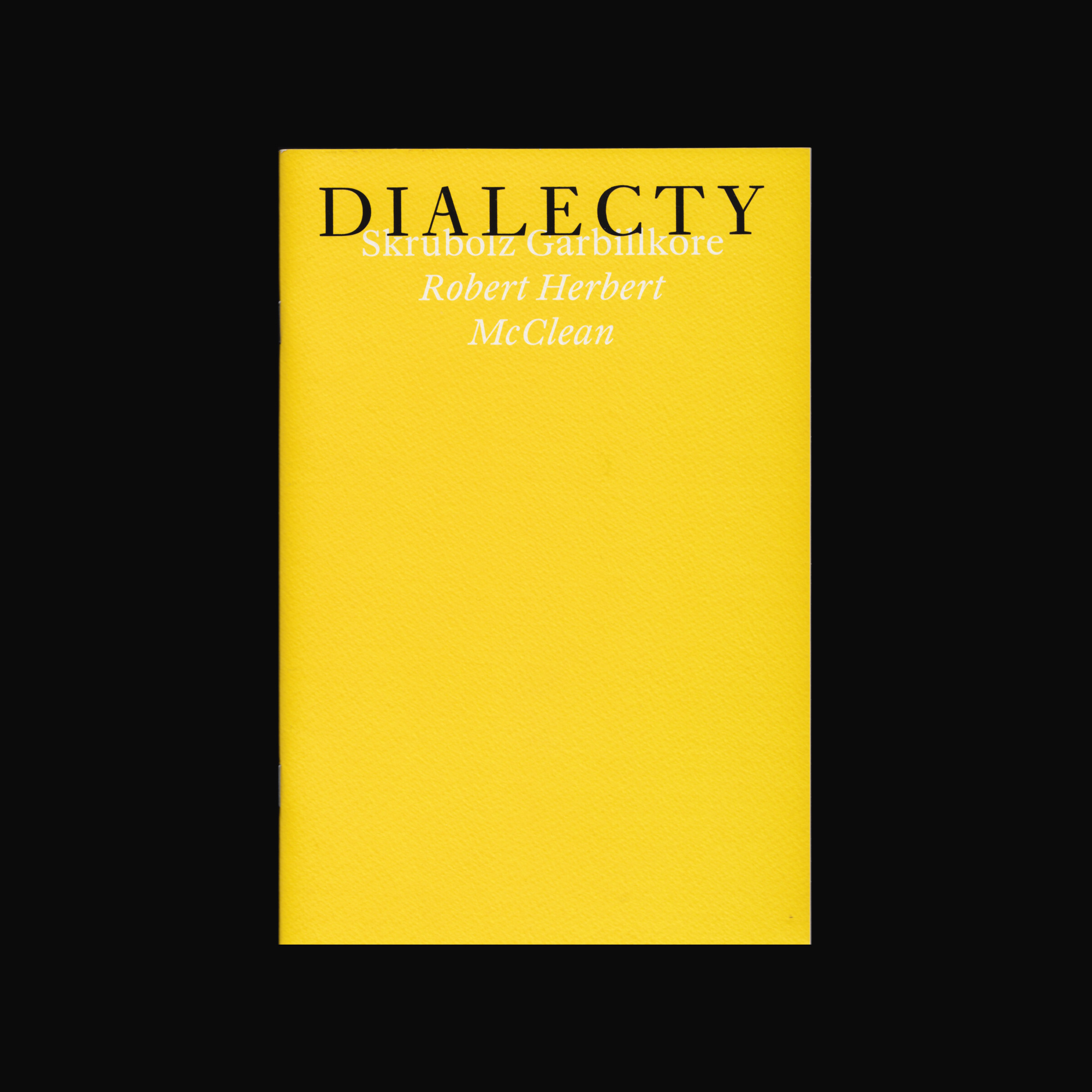 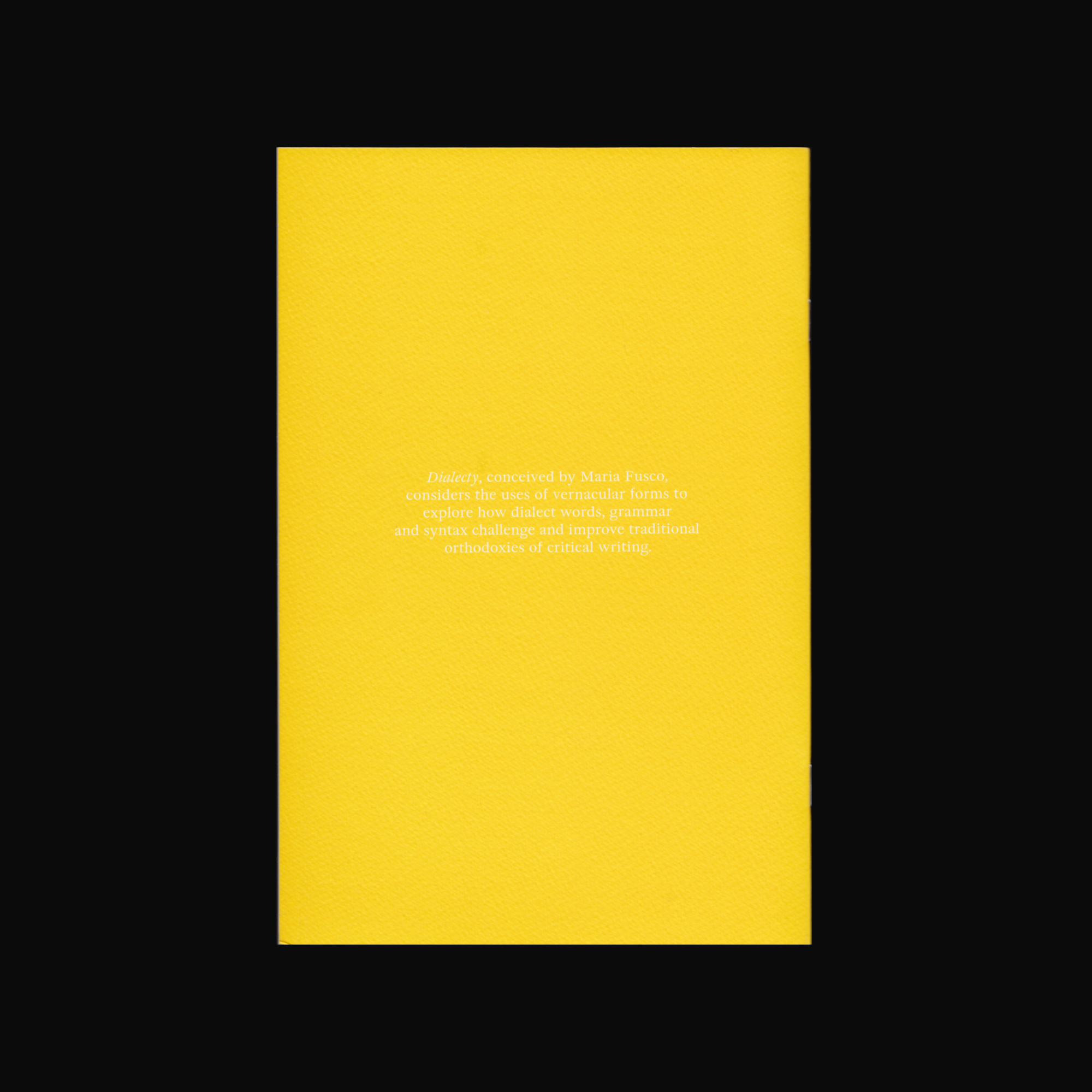 Here, for Dialecty, Robert Herbert McClean presents us with a phonetic tale of Flukeyluke and Belfast friends. 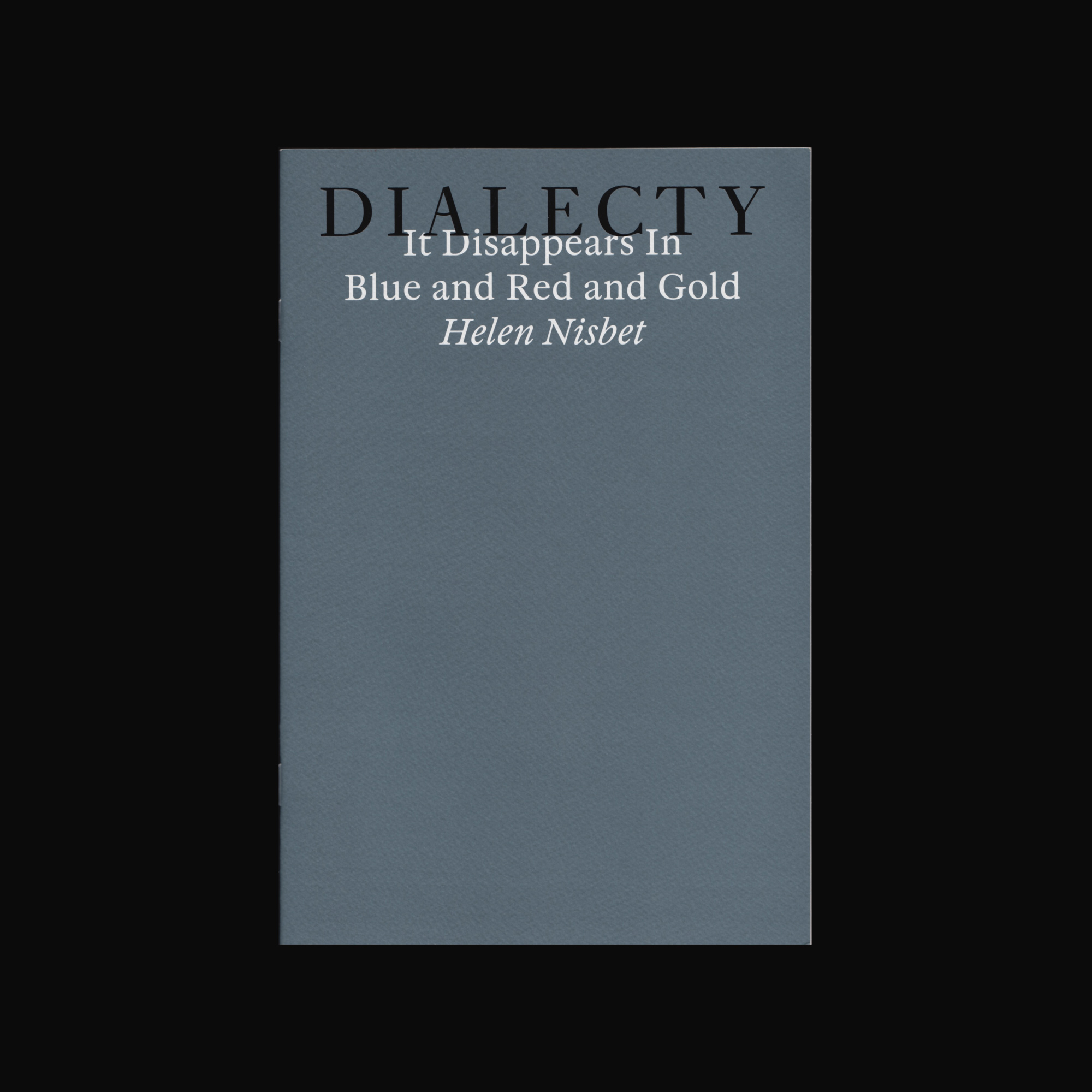 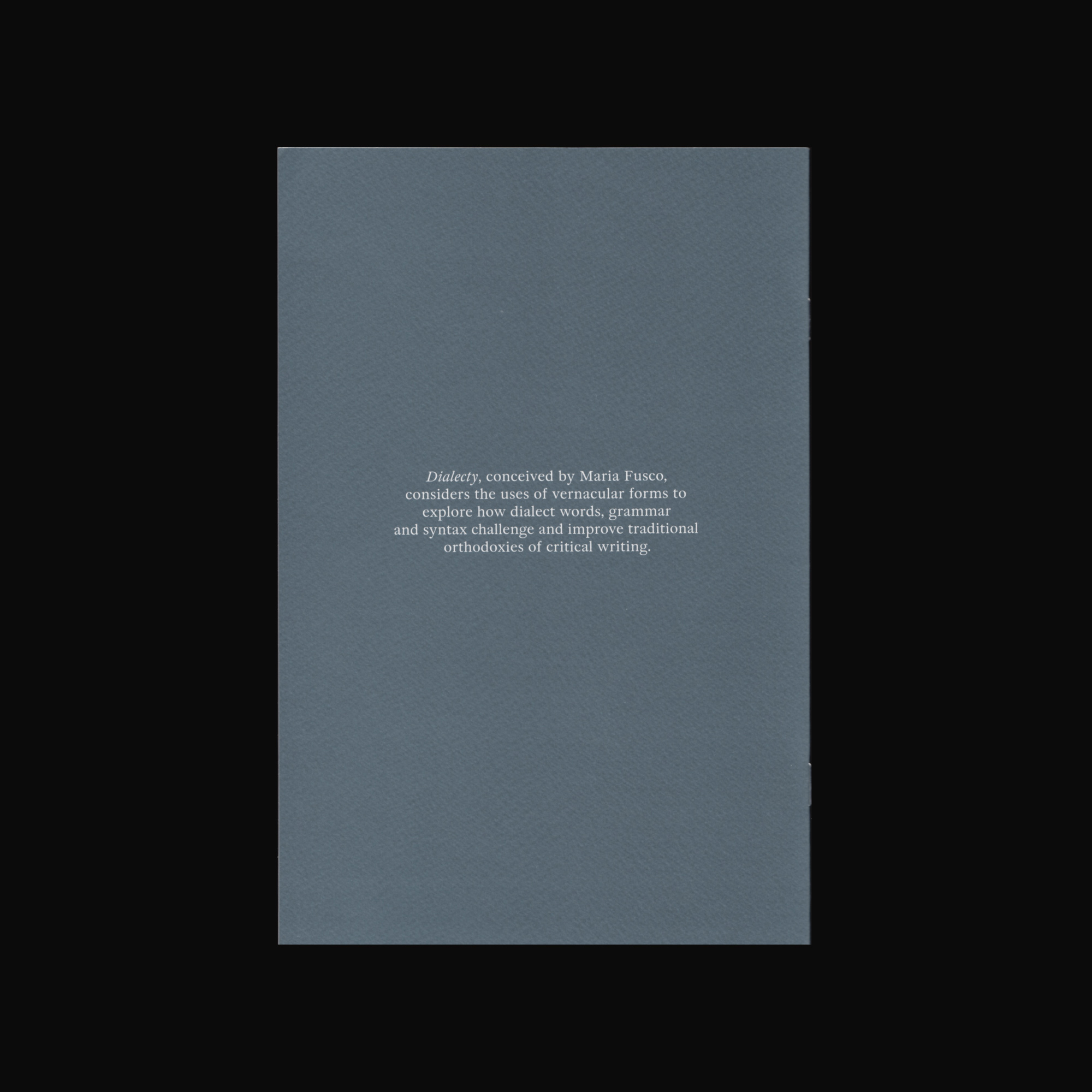 IT DISAPPEARS IN BLUE AND RED AND GOLD Helen Nisbet

Helen Nisbet makes a return to family history and memories of Shetland and the displaced reverberations in her contemporary life. 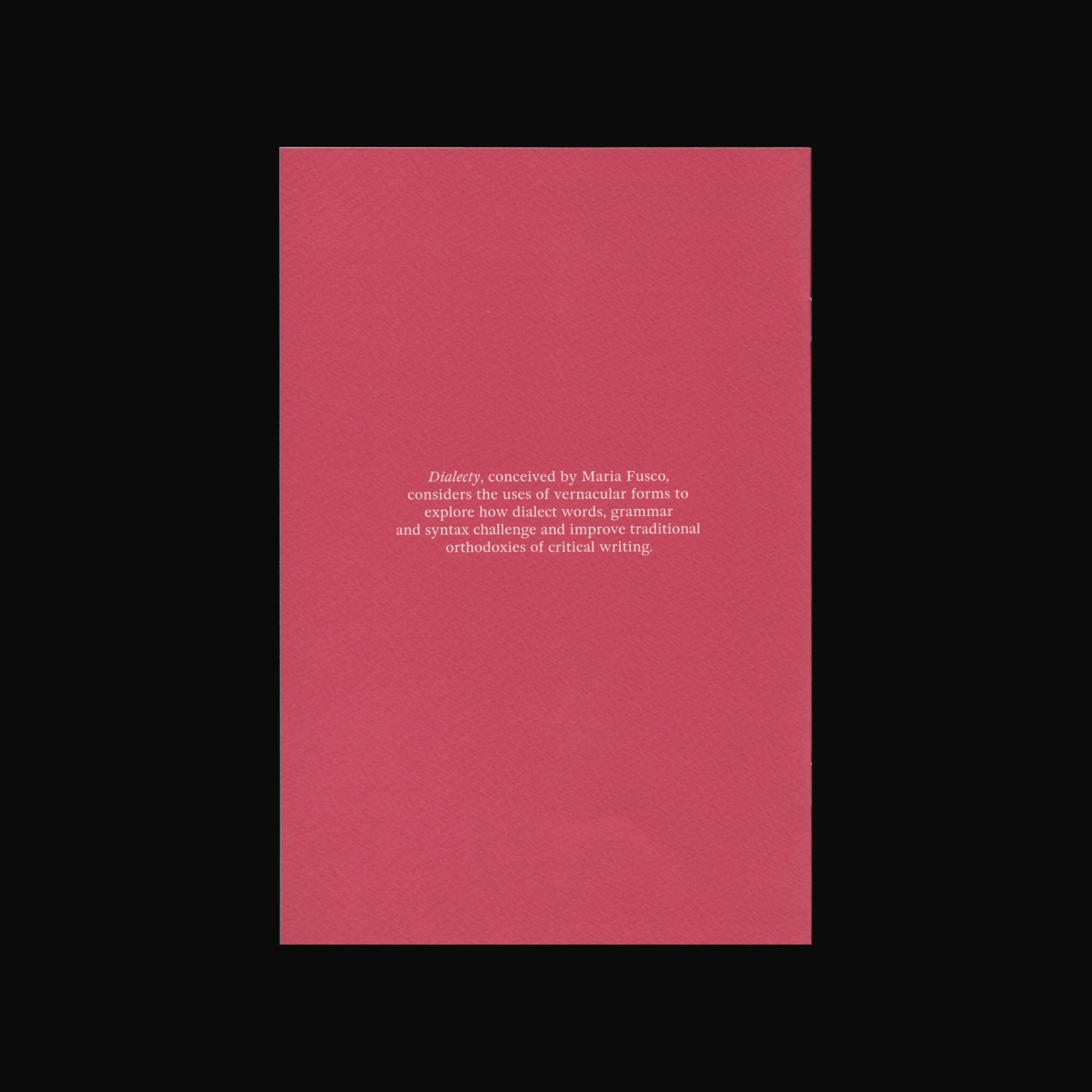 Commissioned from open submission, Harry Josephine Giles & Martin O’Leary have used a neural network to produce poems that return to the vernacular language found in the ballads and poetry of nineteenth century Scotland and Northern England.

Harry Josephine Giles is a poet and performer and Martin O’Leary is a digital artist and designer: they came together from their different disciplines and perspectives over a shared interest in online texts, twitterbots, procedural generation and computer poetry. 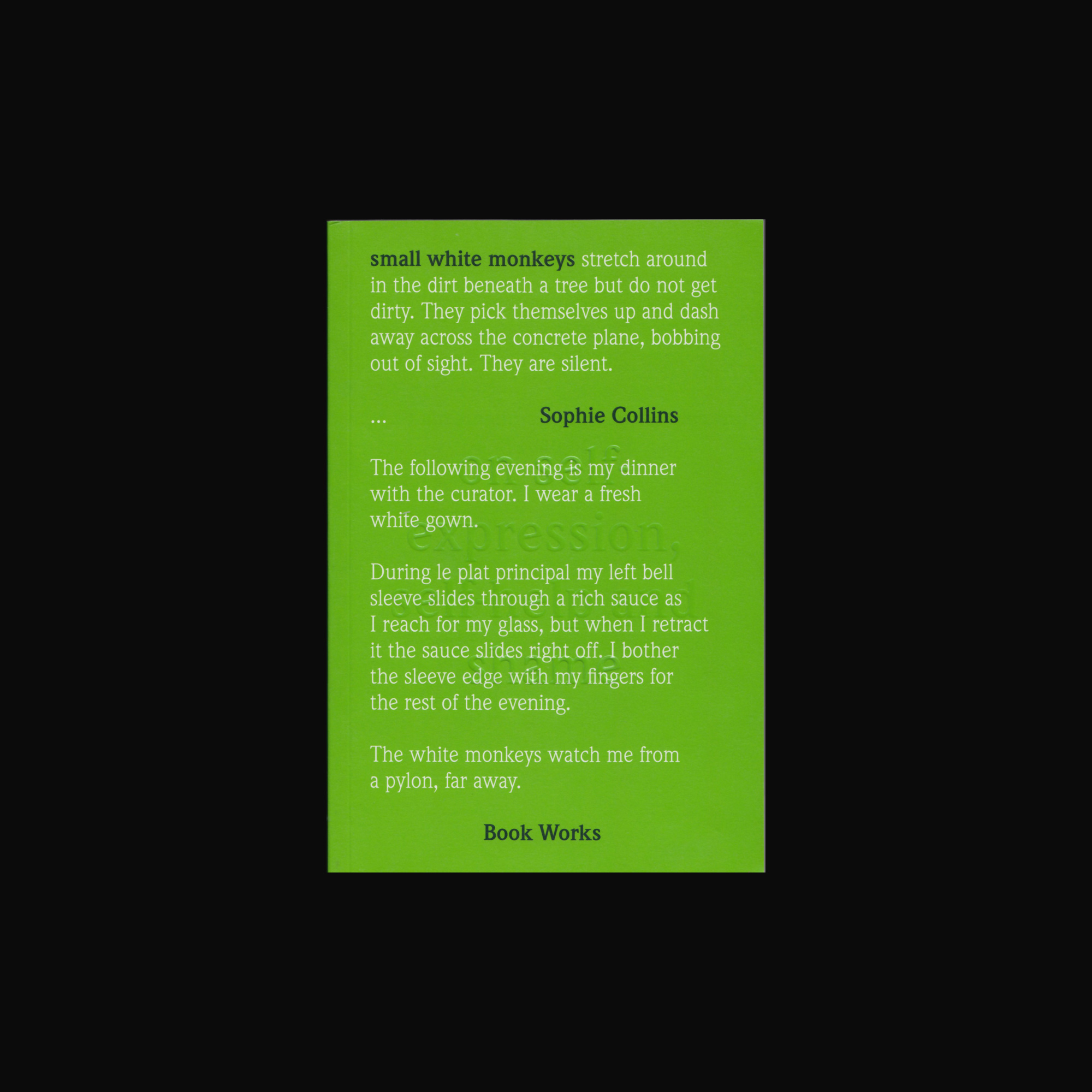 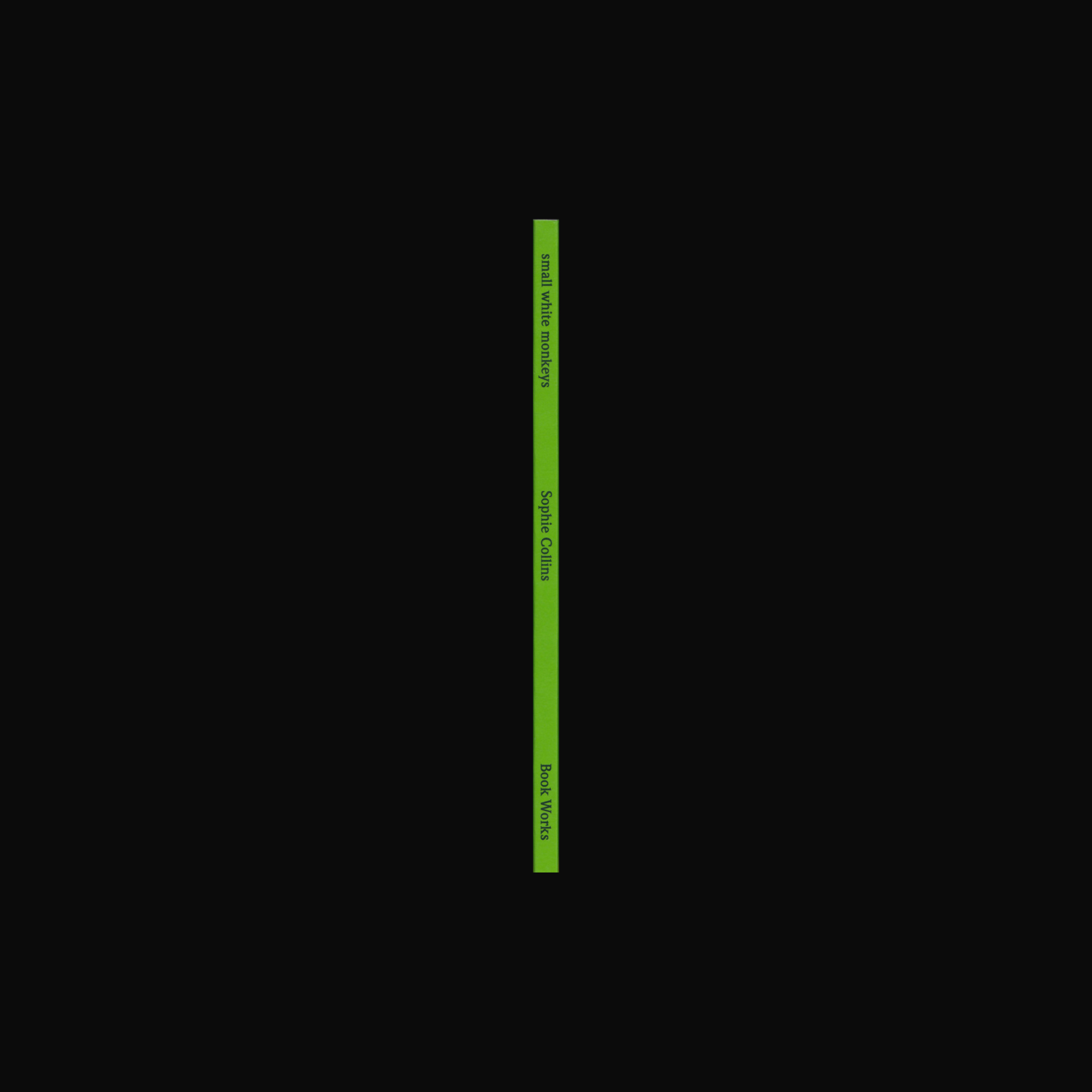 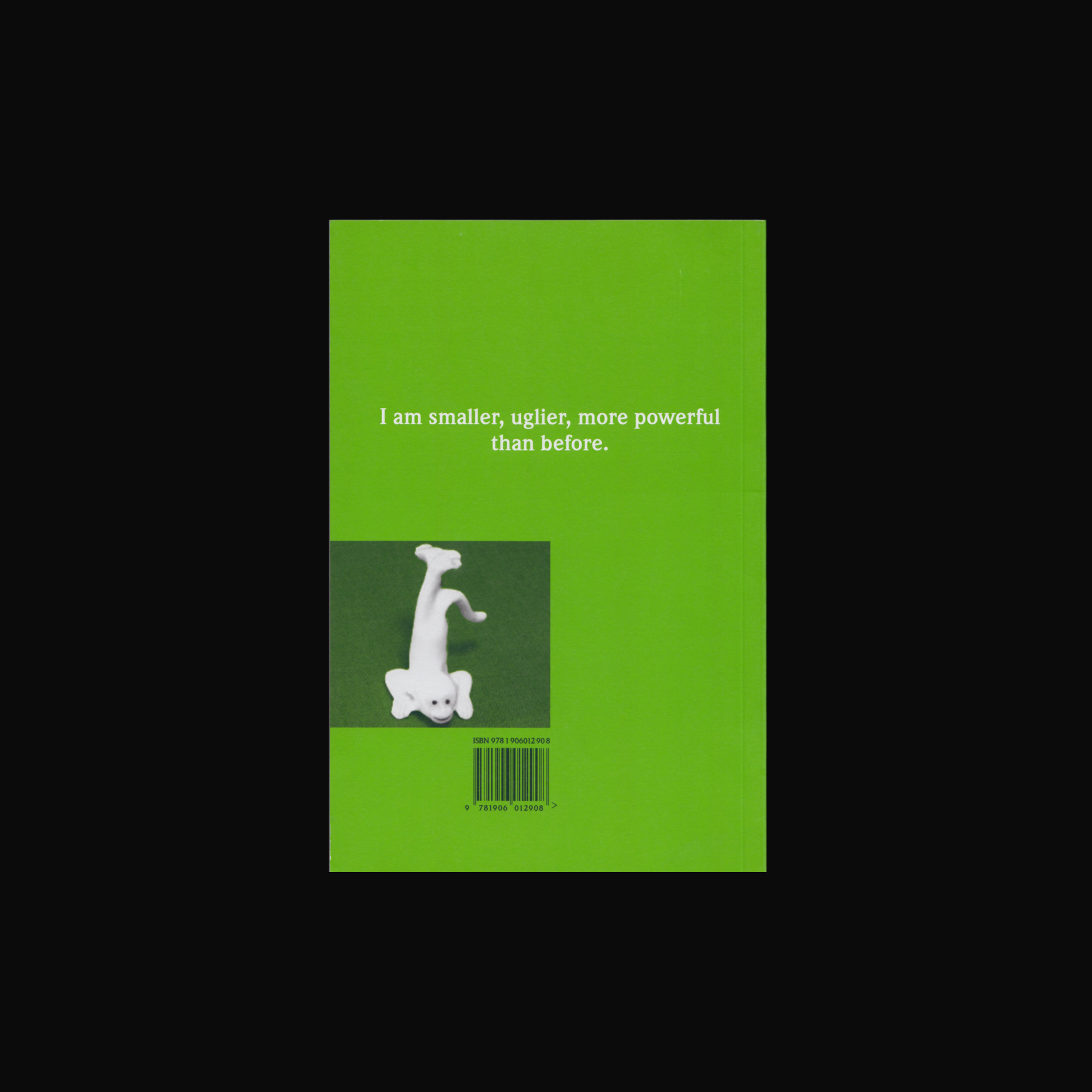 Beginning with the image of the small white monkeys, this book examines the author’s relationship with shame through a series of short studies on, amongst other things, cats, hair as a metonym for the self in poetry and fiction, and perceptions of sexual violence. Made through research into Glasgow Women’s Library’s Archive Collections and Lending Library, small white monkeys incorporates material from the library’s archives and the work of female creators past and present, including Anna Mendelssohn, Jean Rhys, Selima Hill, Adrian Piper, June Jordan, Denise Riley, Carolee Schneemann, Vahni Capildeo and Veronica Forrest-Thomson.