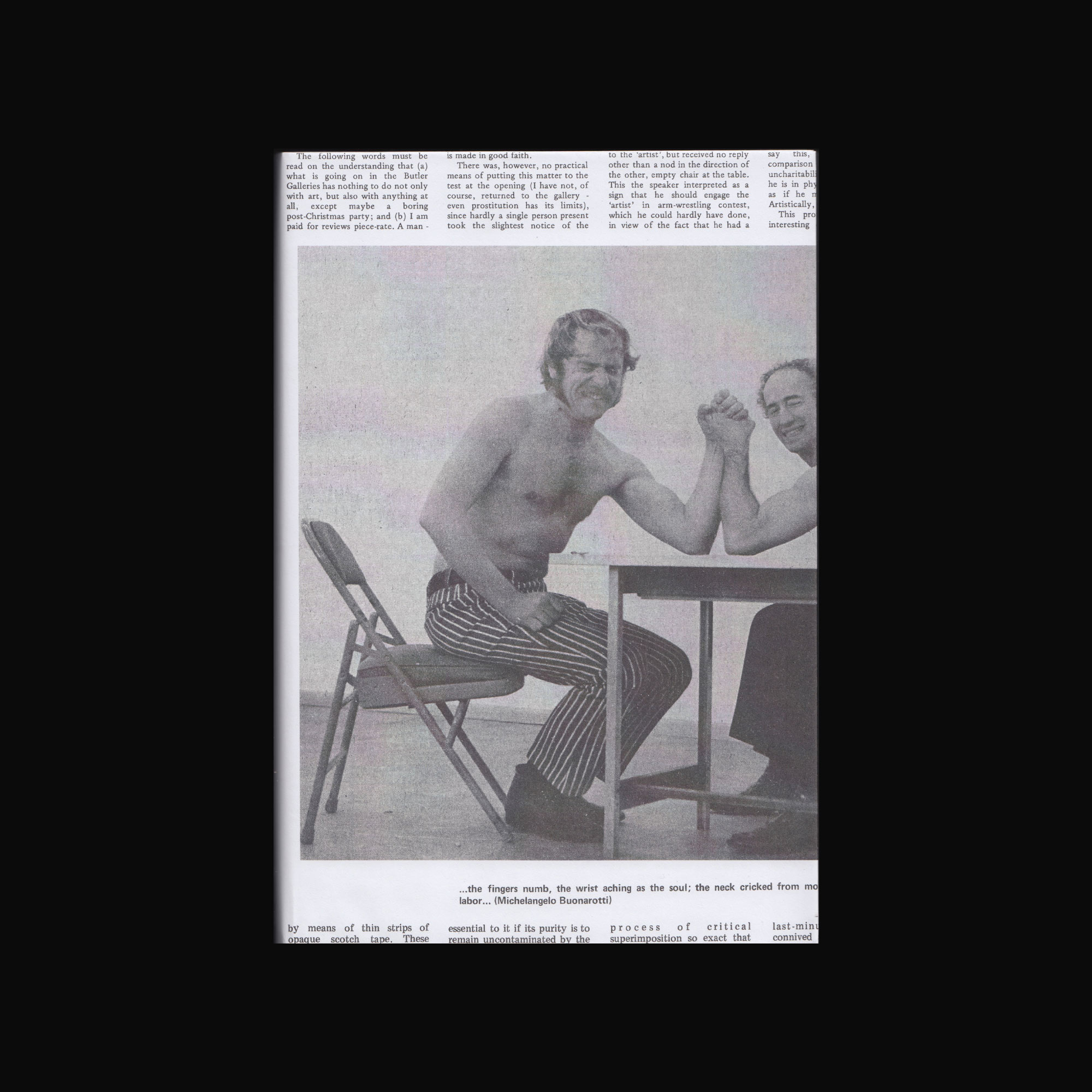 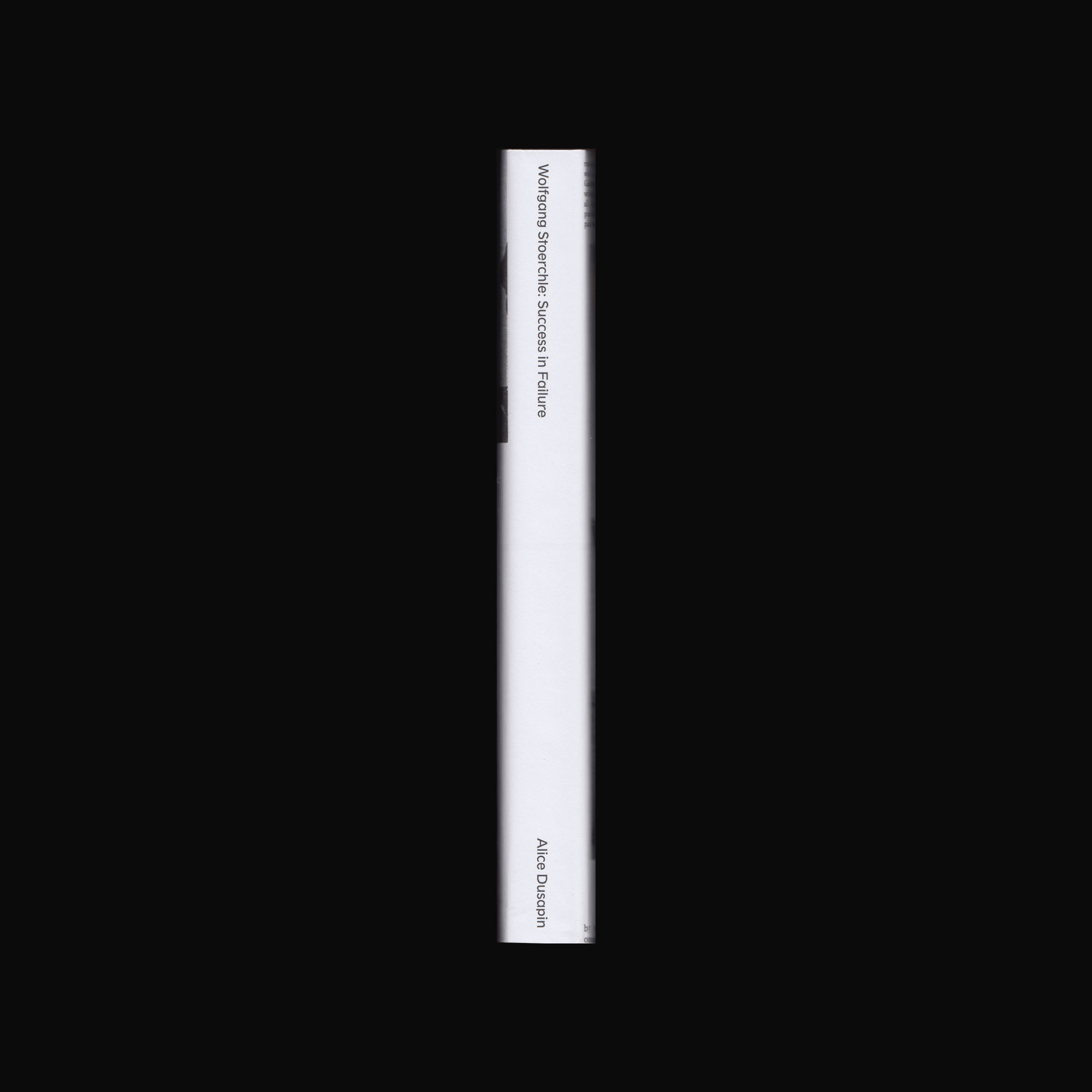 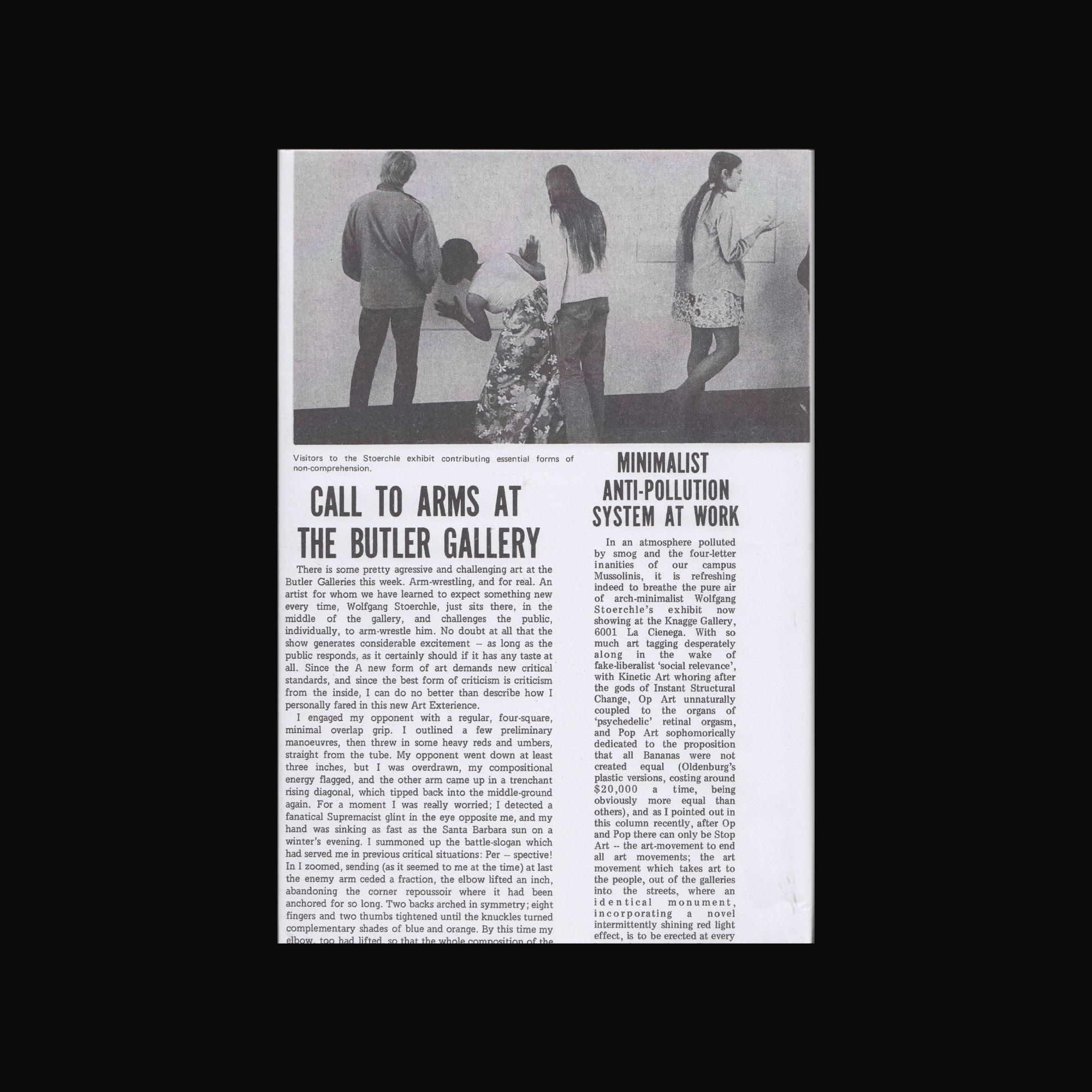 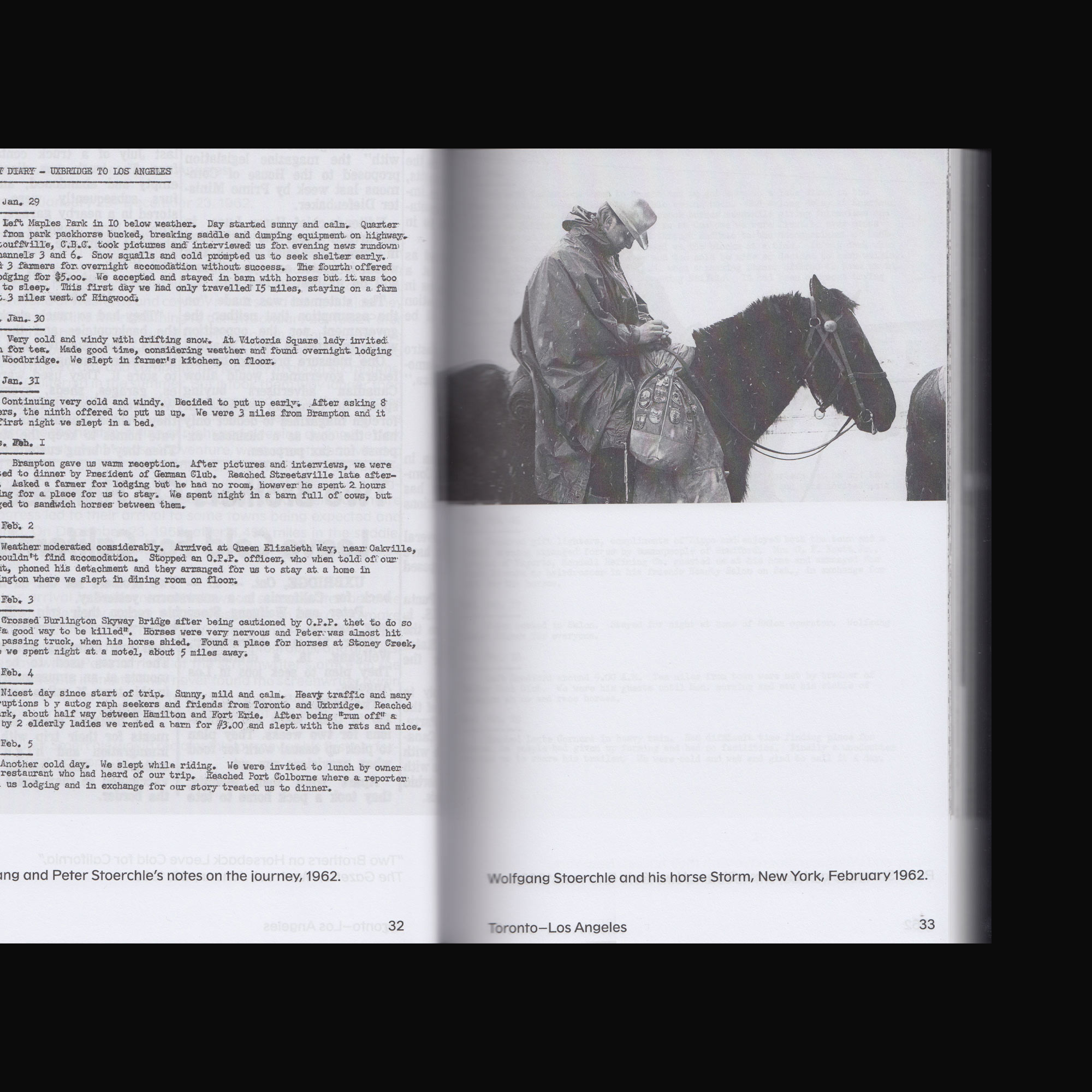 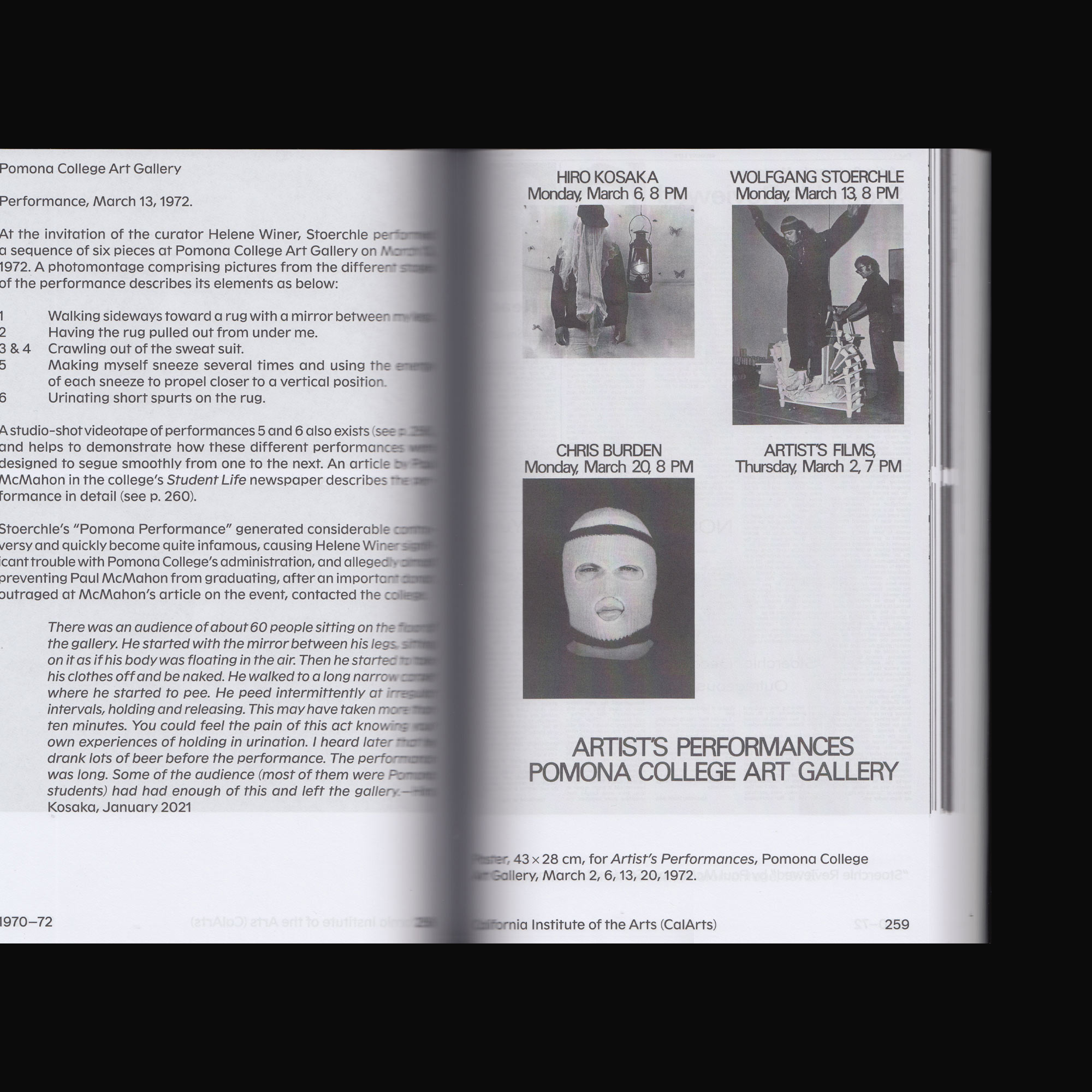 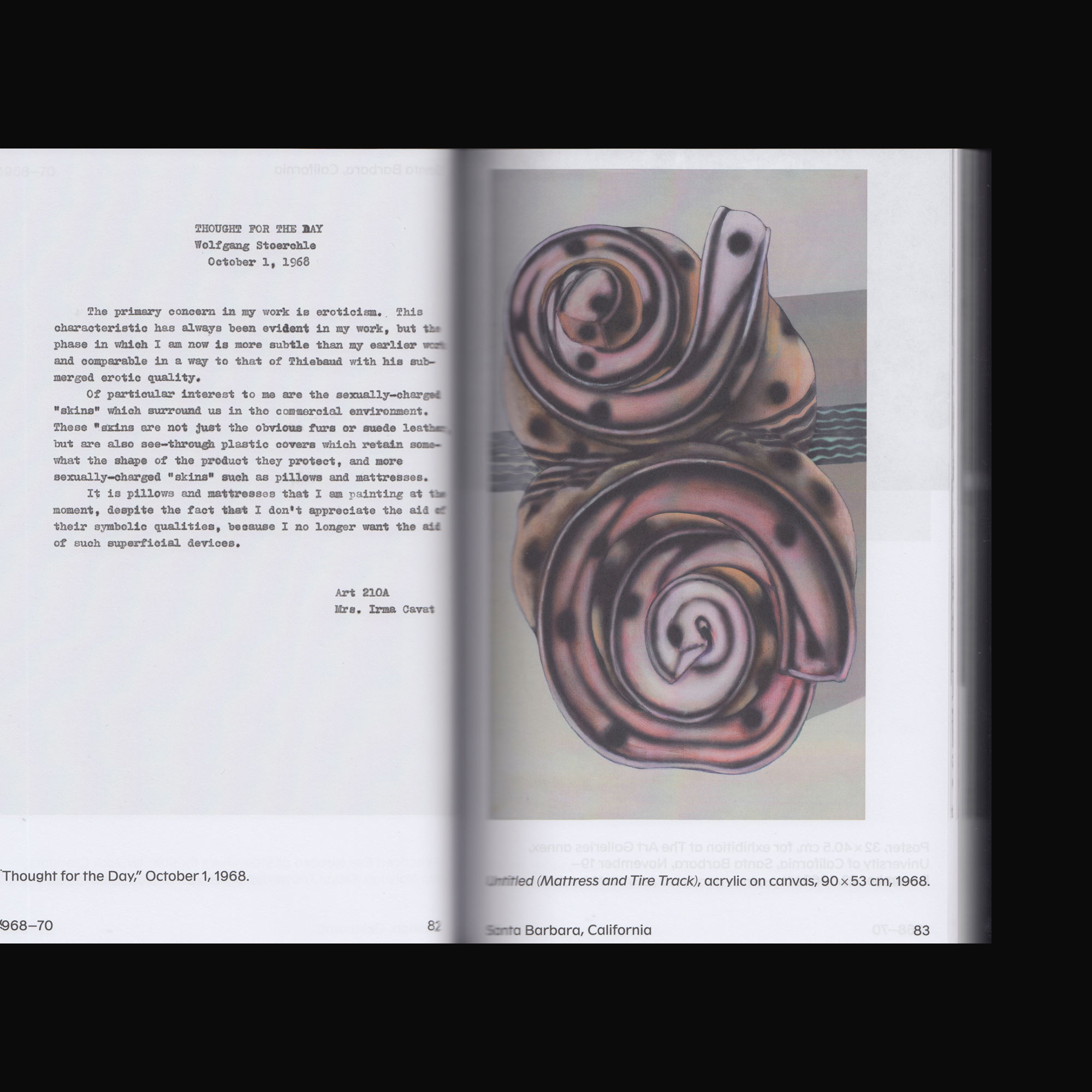 Wolfgang Stoerchle is a particularly notable artistic figure of the early seventies who left a certain but little advertised mark on a generation of Californian artists, especially through videotapes and performances involving his body as raw material. His short but eventful life is surrounded by rumours, and his abrupt death in 1976 may have emphasised the myth around him even more. His entire body of work was produced in eleven years, between 1965 and 1976. Forty-five years after he passed away, his name still drifts across the West Coast art world, awaiting wider recognition. This is the first monograph on Stoerchle’s work and includes interviews with Daniel Lentz, Paul McCarthy, Matt Mullican, David Salle, Helene Winer, and an unpublished review by James Welling, alongside ephemera and documentation of Stoerchle’s video works and performances, as well as rarely seen sculptures, installations, and paintings.