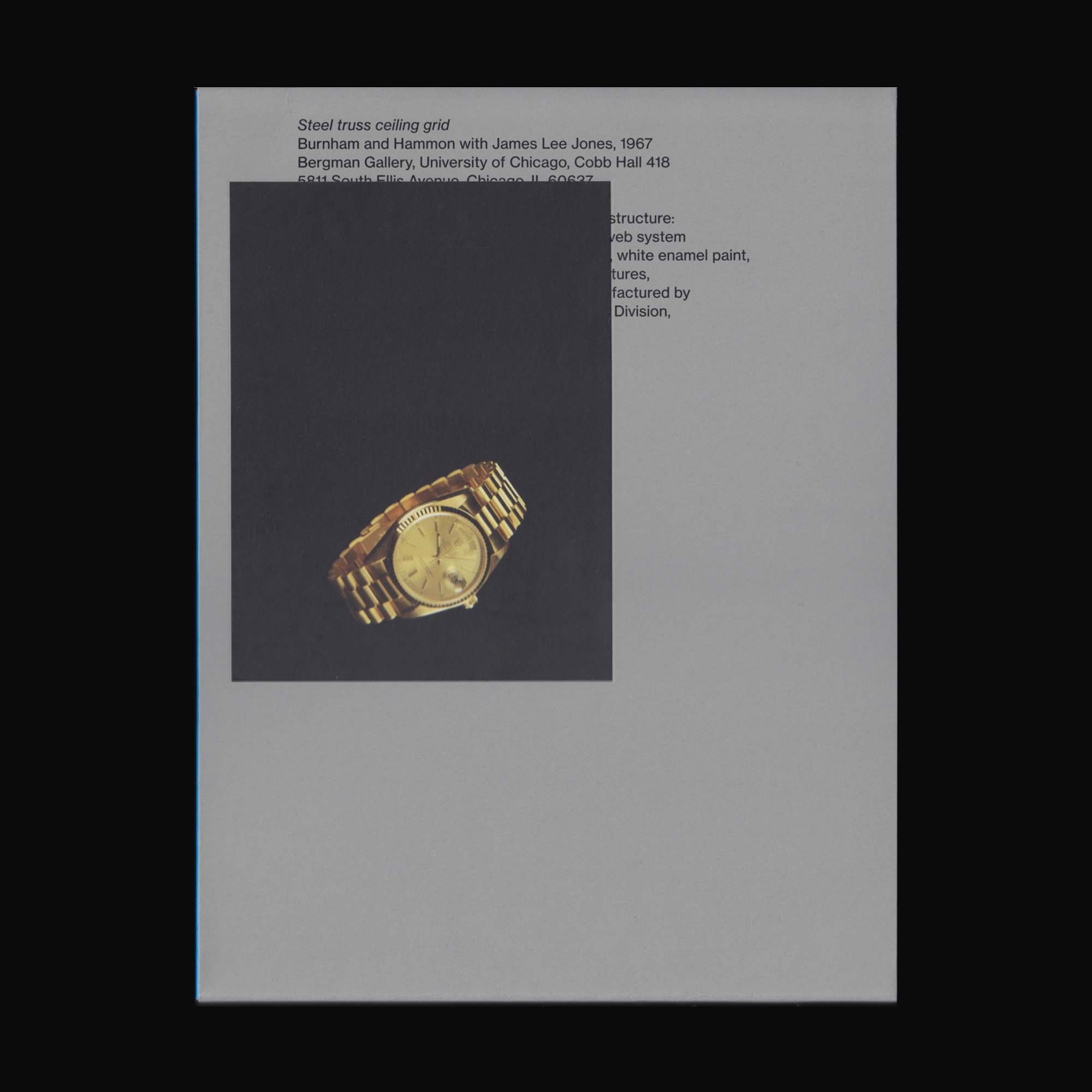 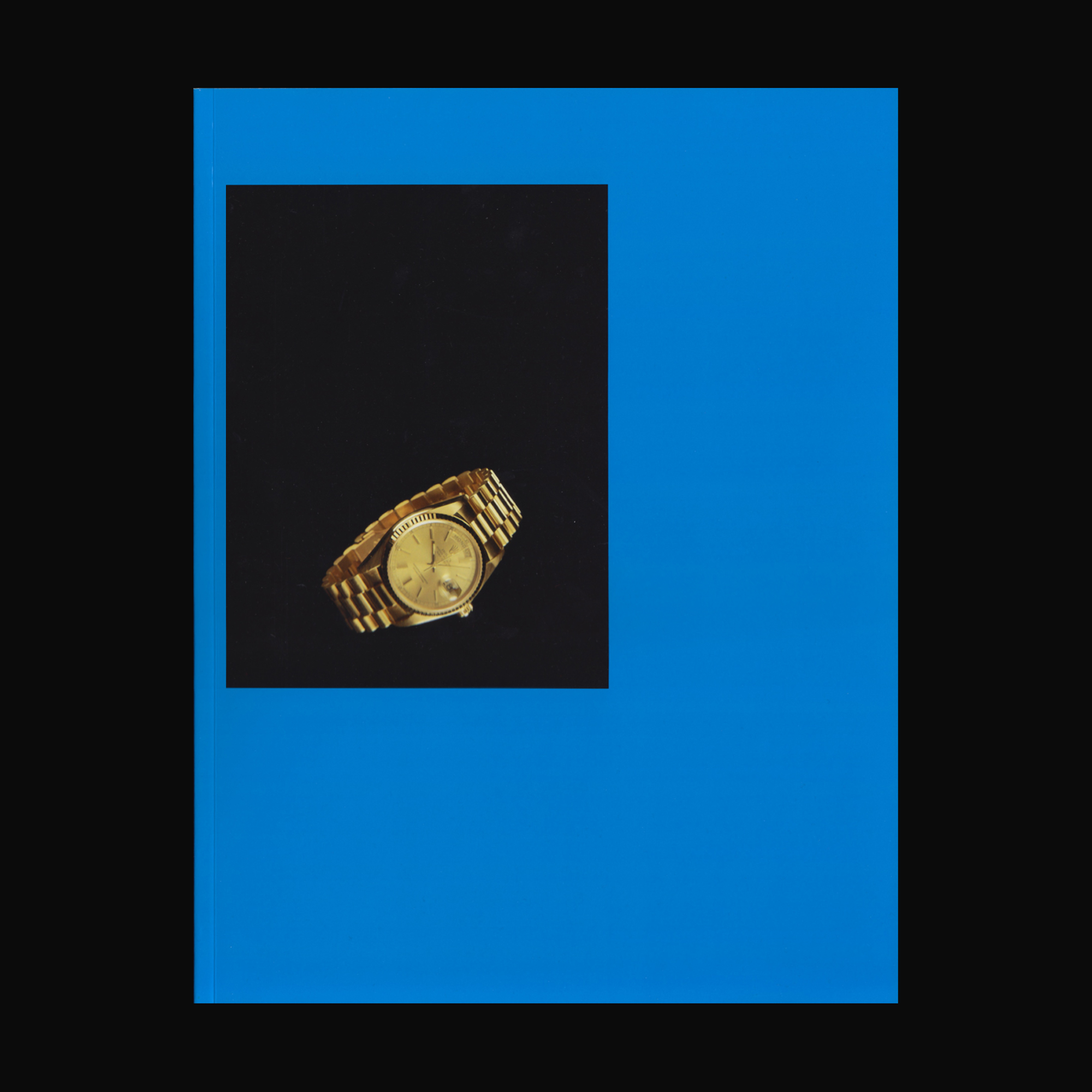 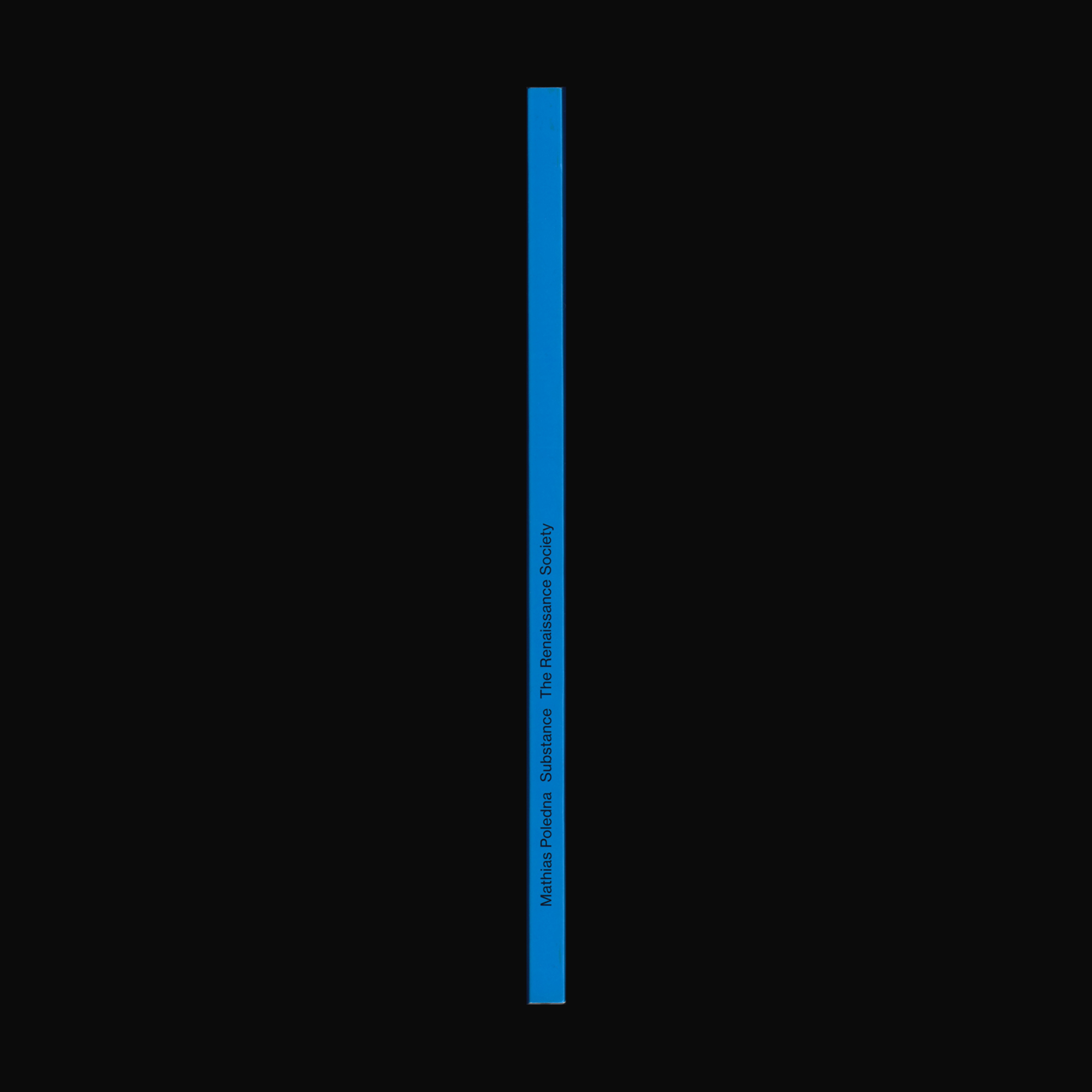 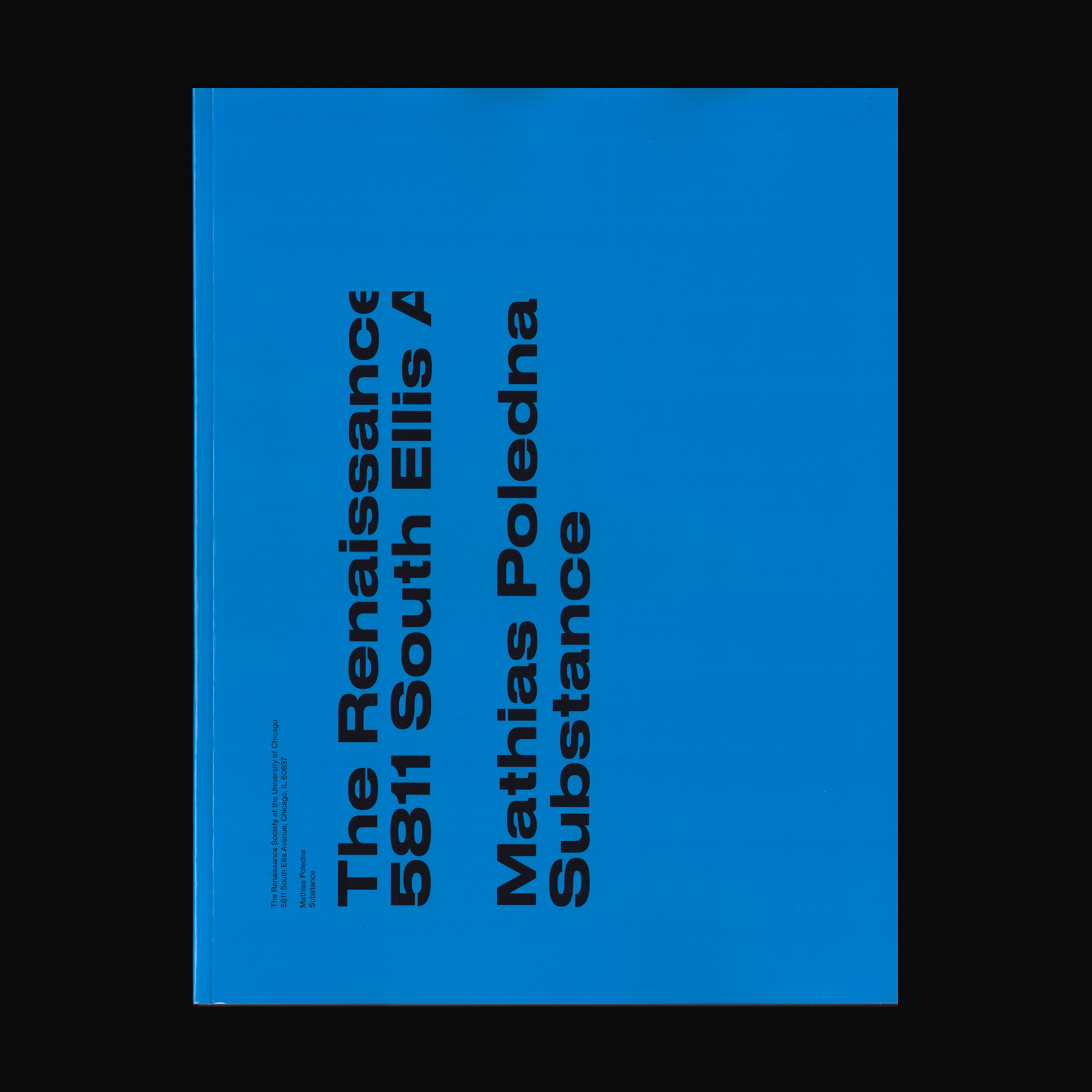 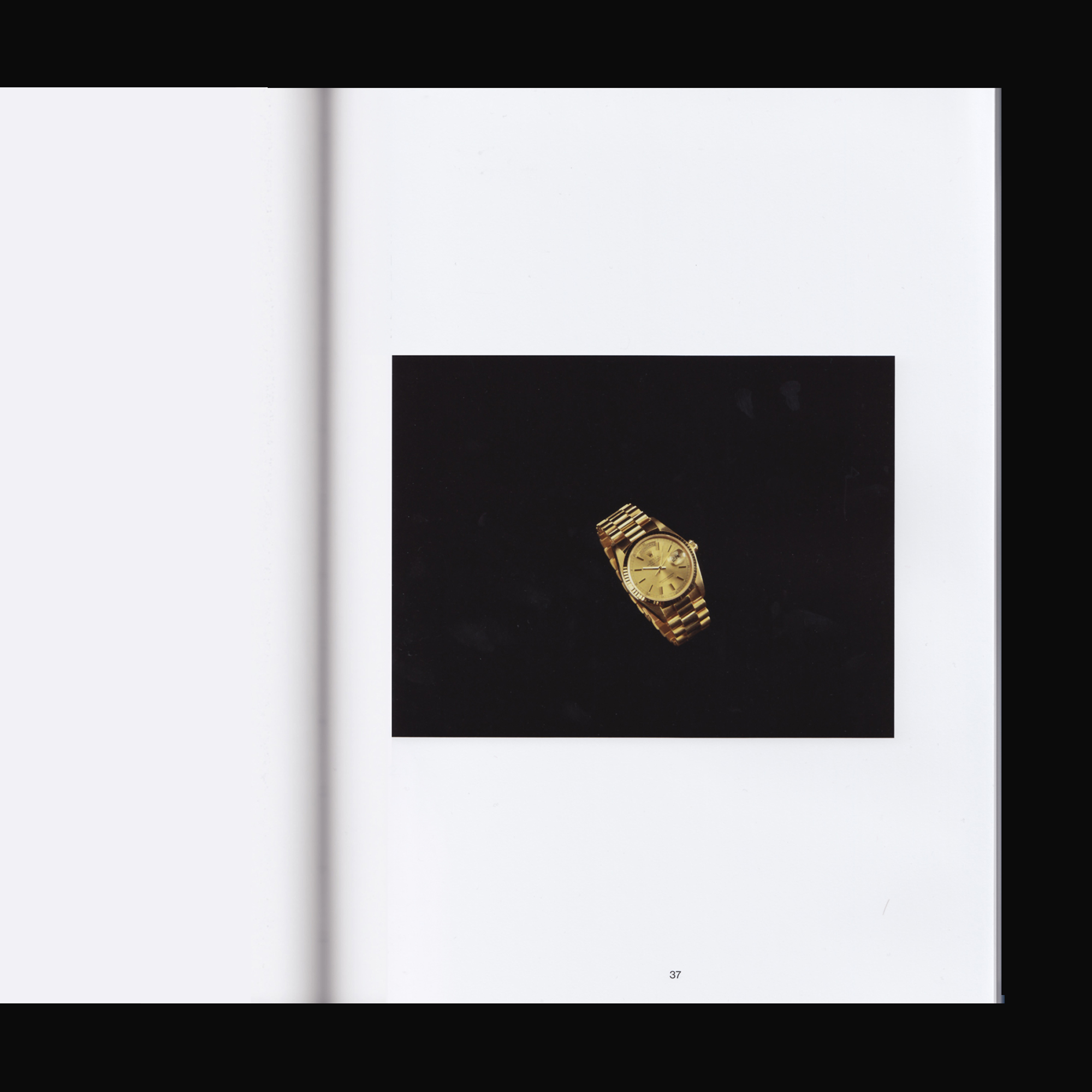 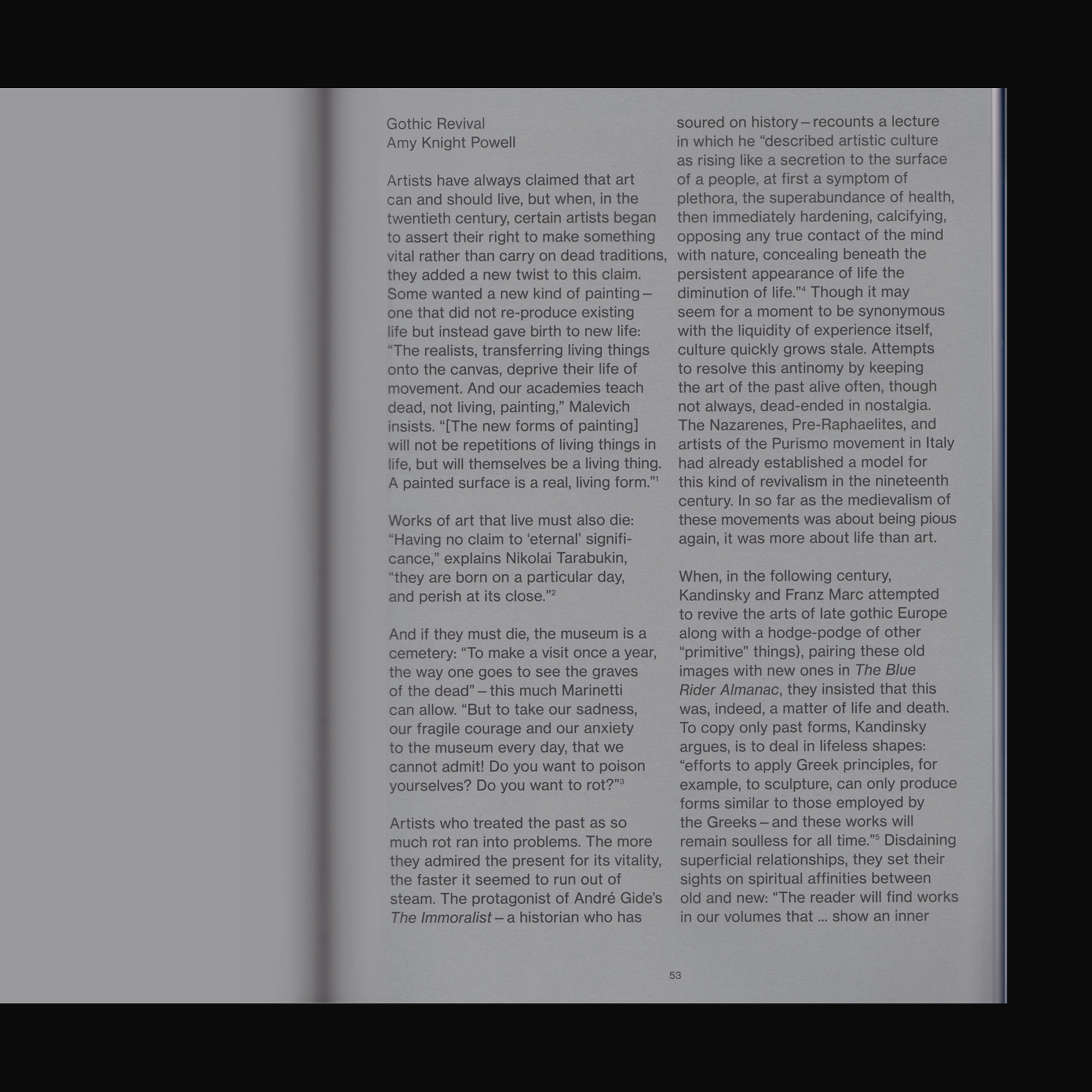 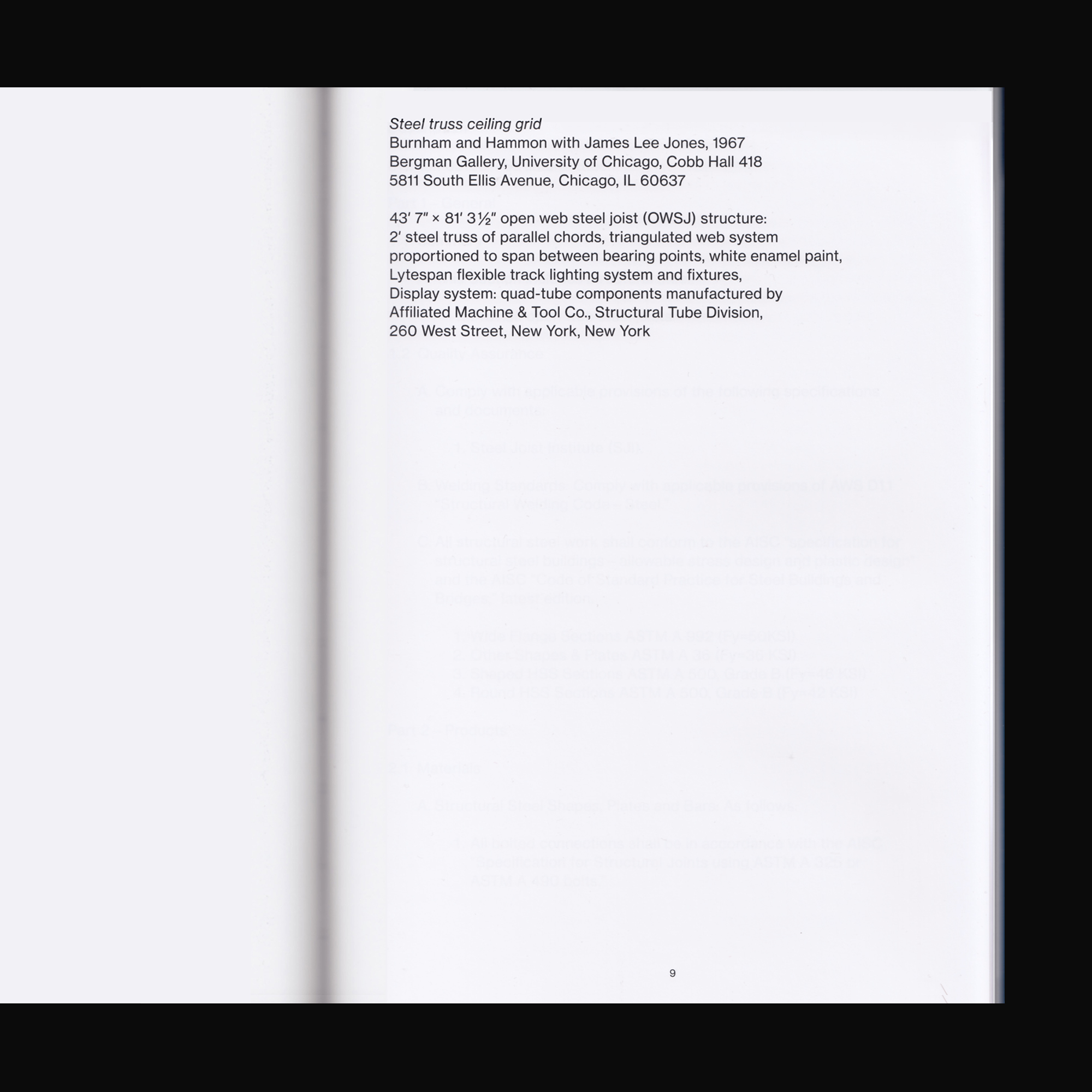 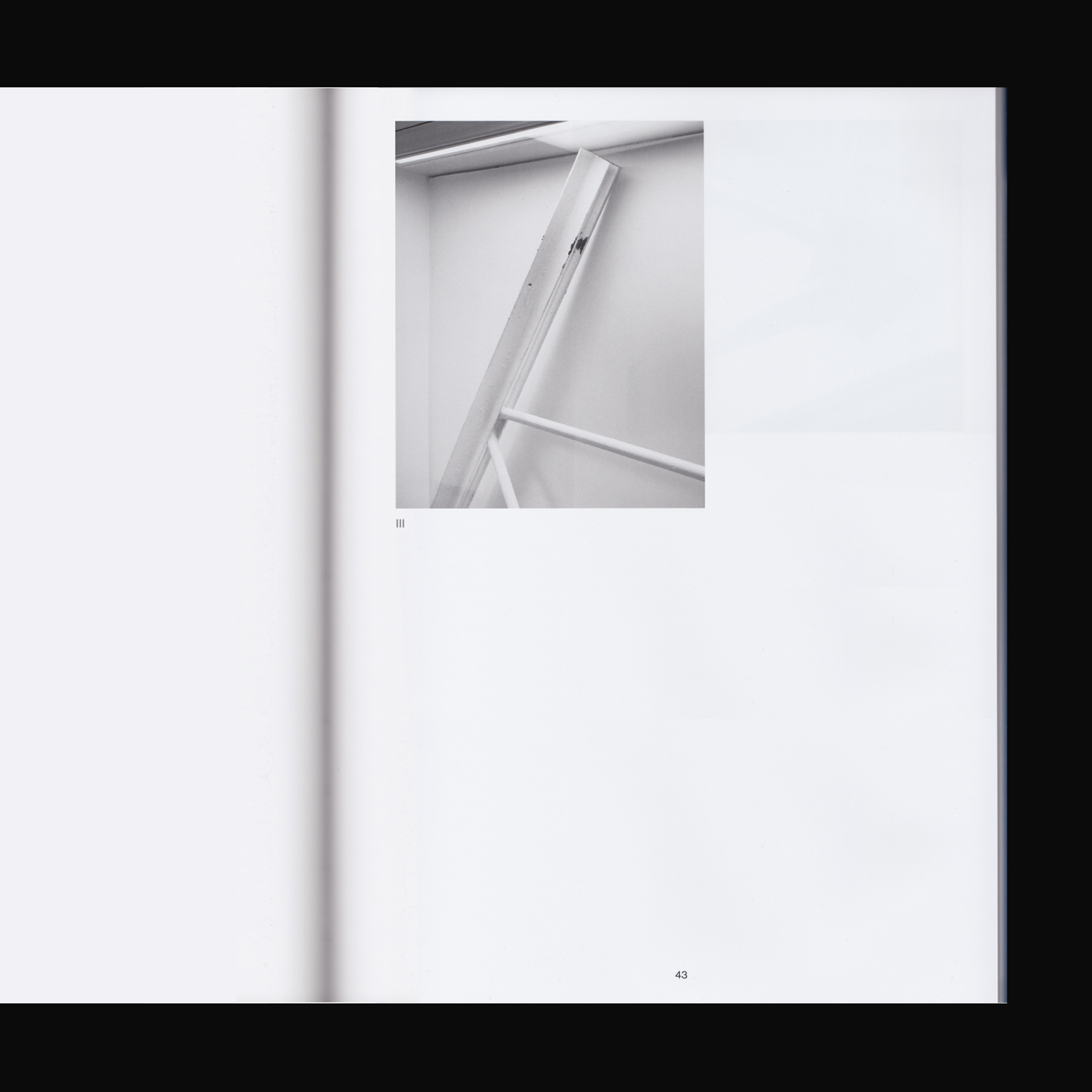 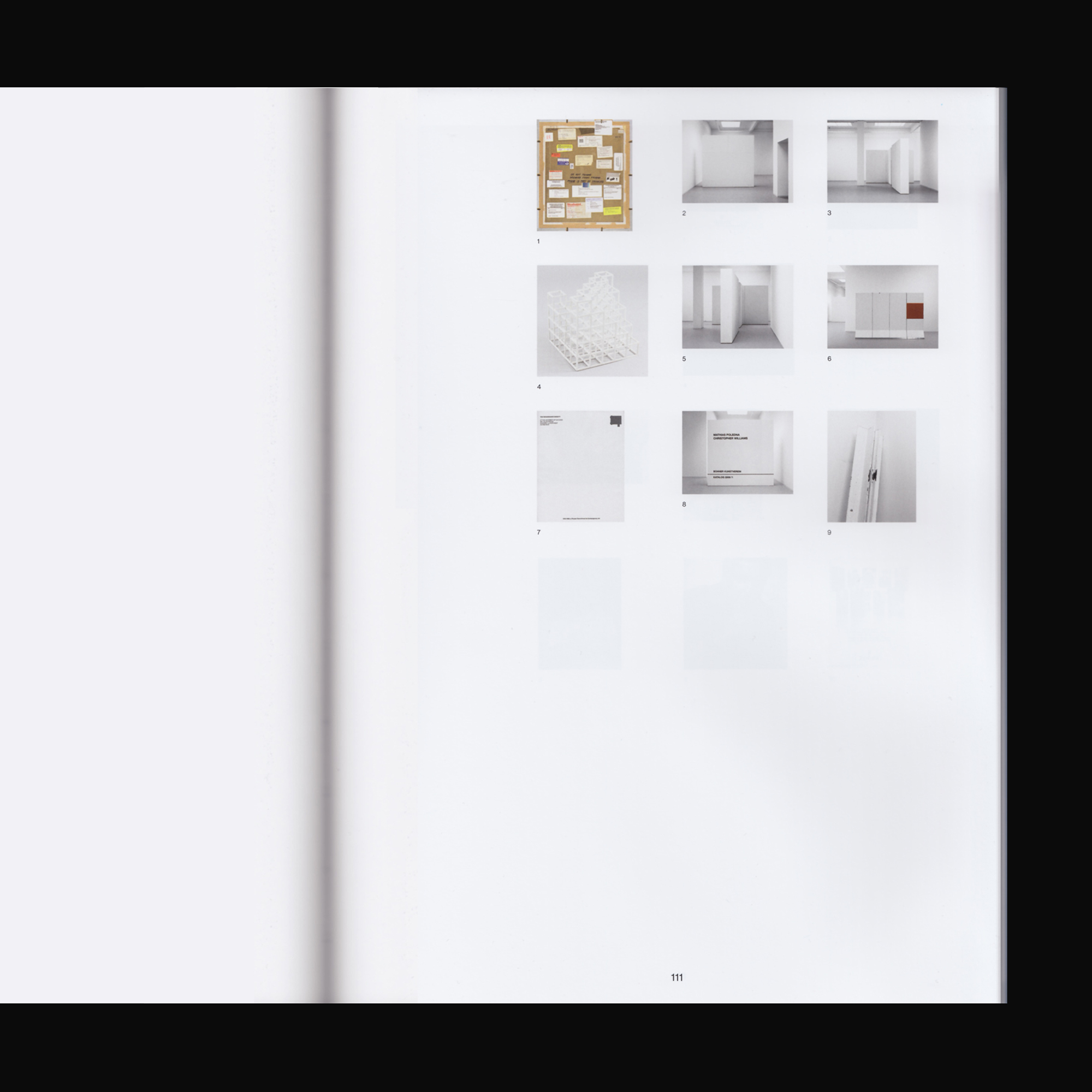 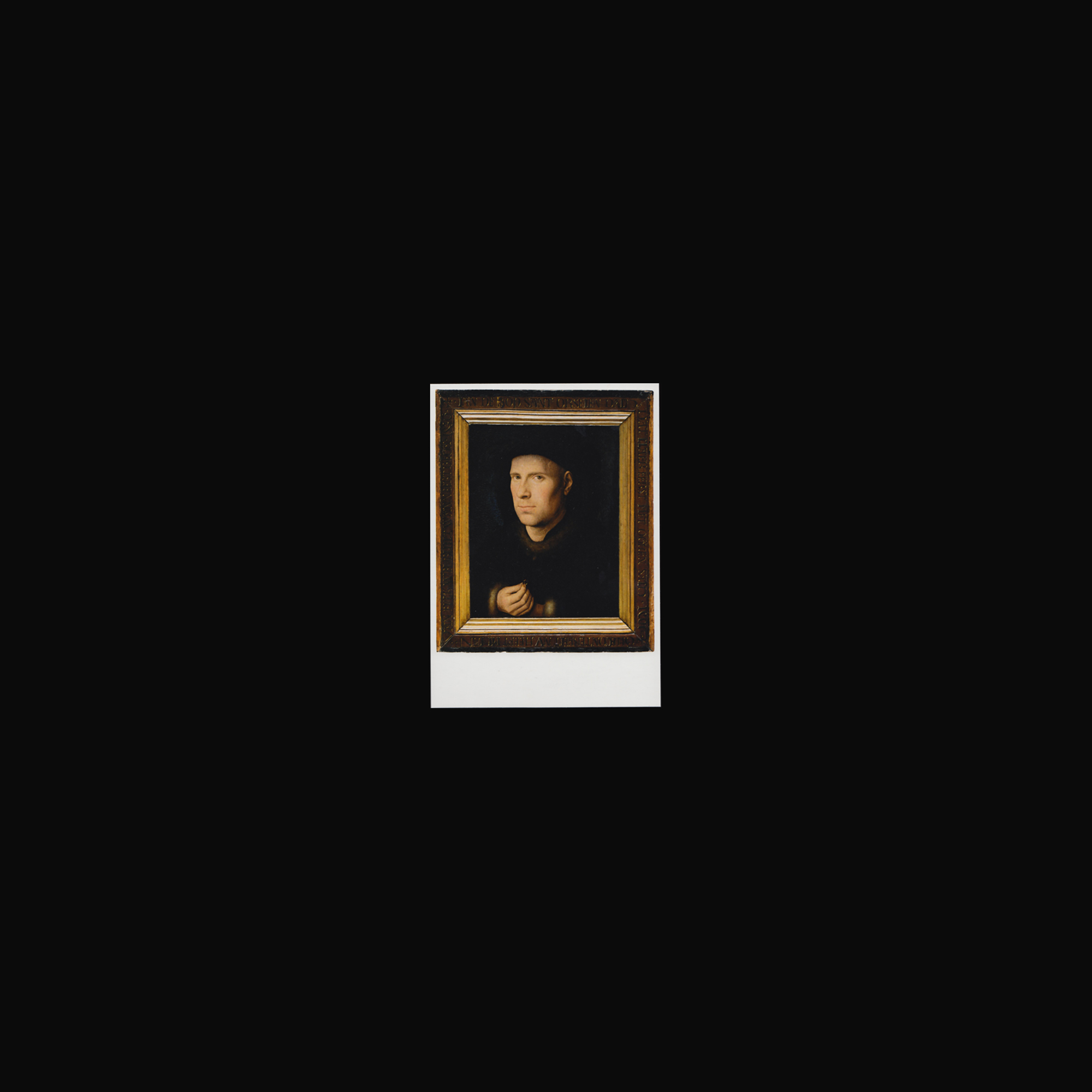 Published by The Renaissance Society of Chicago, 2017, 132 pages

The Renaissance Society presents a major commission by Los Angeles-based artist Mathias Poledna. For this exhibition, Poledna has created an installation that juxtaposes a new moving image work with a comprehensive reimagining of the venue’s setting.

Poledna’s art most commonly takes the form of highly concentrated film works that unfold a complex tension between the visuals and their critical and cultural implications. His work, as Michael Bracewell writes, suggests “a form of conceptualism, philosophical in basis, which attempts to engage with paradox as a means of enquiry.” In Poledna’s films and the rigorously formal environments he creates for them, salient beauty and visual restraint collude in a viewing experience that encompasses both affect and detachment.

Poledna’s concise presentations underscore a mode of production in which he frequently involves specialist collaborators in order to articulate a highly specific frame of vision. The films draw on the artist’s panoramic range of interests, from the music of post-punk and a rainforest in Papua New Guinea to 1930s style animation, as in his seminal 2013 film, Imitation of Life. Although invariably newly produced, they often create the impression of having been found as they are, seemingly extricated from present-day or historic collective imaginaries.