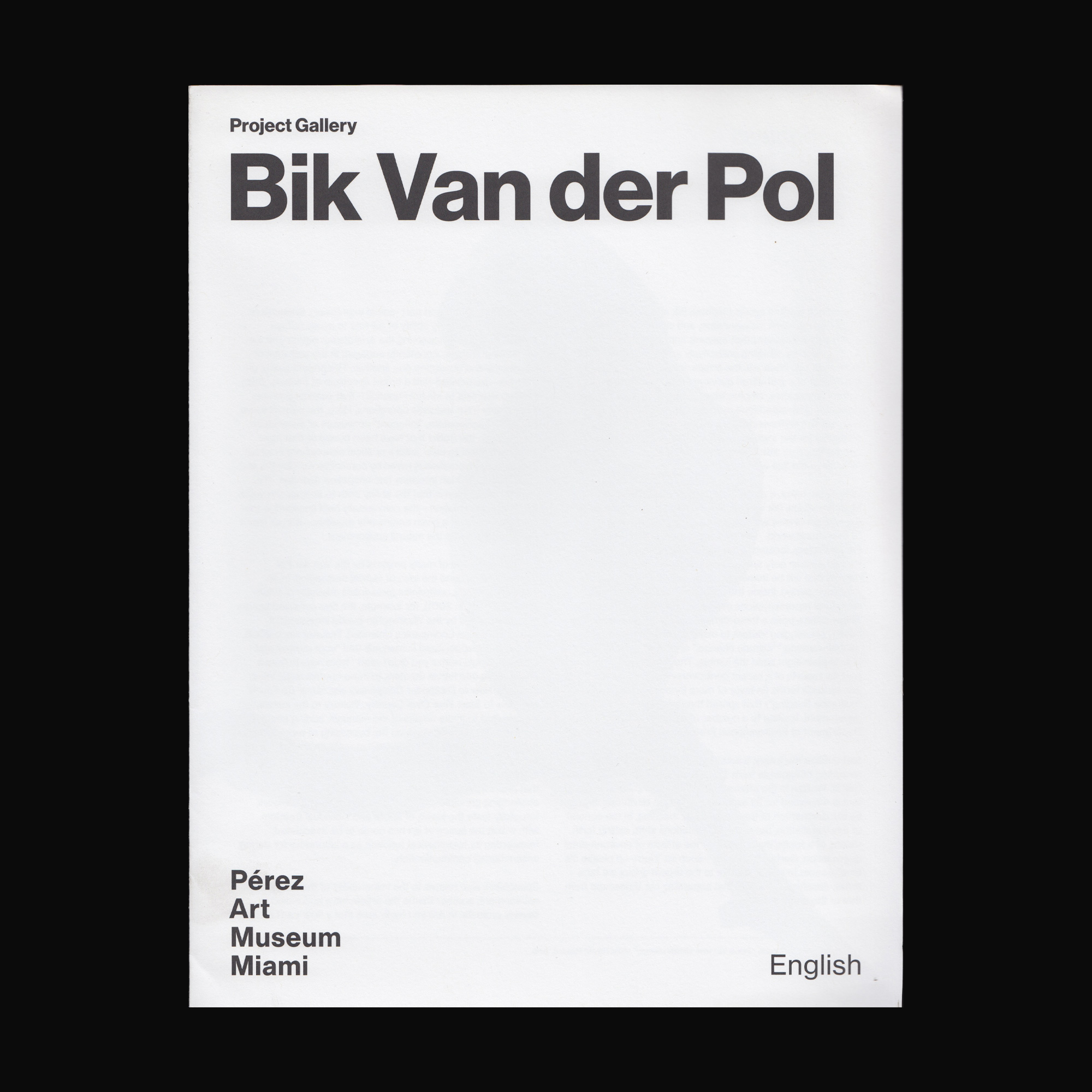 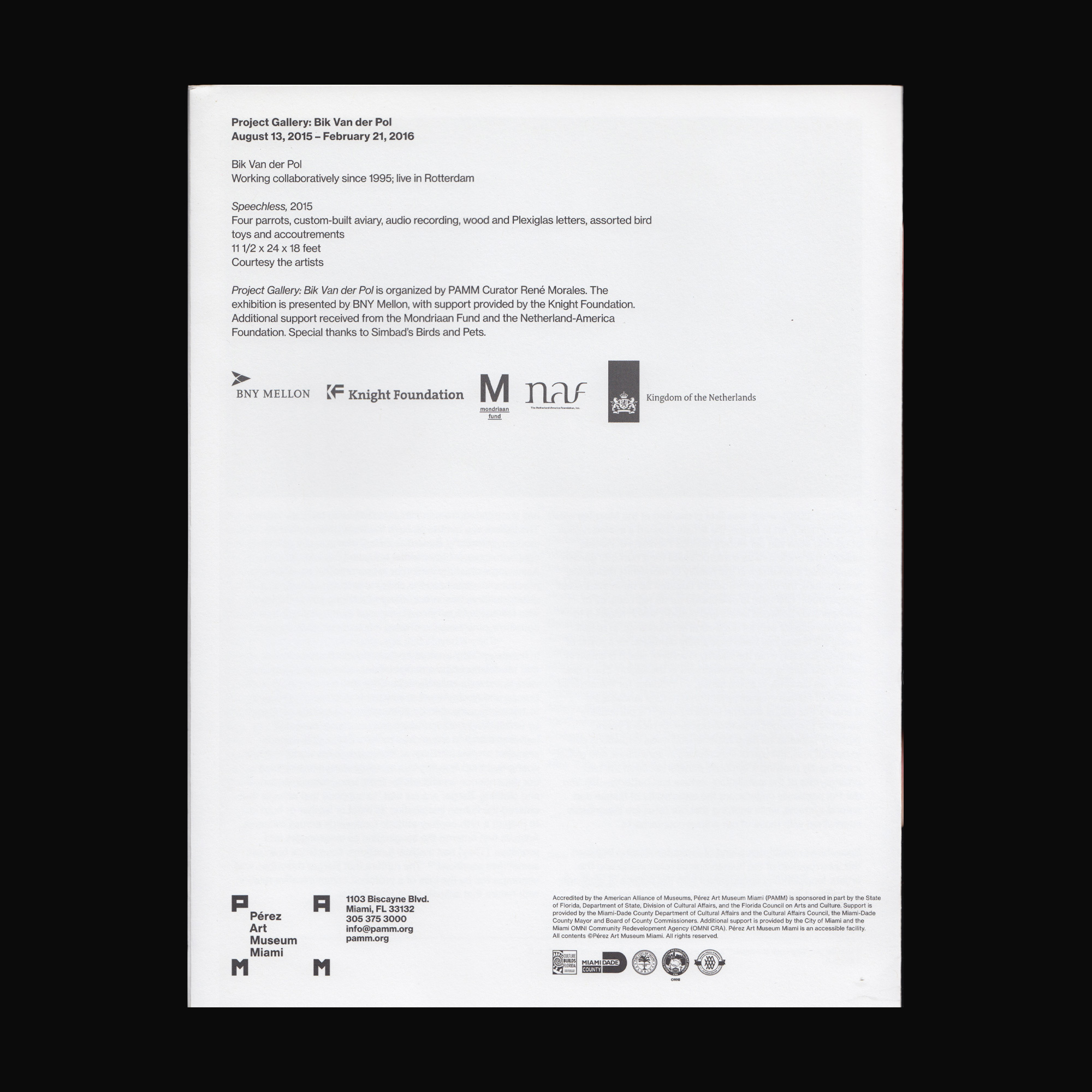 “Speechless, a new work by the Rotterdam-based artistic duo Bik Van der Pol (Liesbeth Bik and Jos Van der Pol), is a multilayered exploration of how we speak about the precarious state of the natural world. The work consists of a custom-built aviary, which houses four parrots taught to mimic phrases from T.S. Elliot’s seminal 1922 poem, The Waste Land, comparing landscape devastated by war to the ecological devastation of today. The aviary is furnished with a jumble of sculptural letters that spell out the terms “global warming,” “climate change,” and “sustainability.” Part poetic gesture and radical expression, Speechless addresses the power of language within political contexts, and our ability to understand and discuss environmental degradation. The work was inspired, in part, by recent debate in Florida’s state government regarding the use of controversial terms such as “climate change” and “global warming.””

You can see a video on the work here.