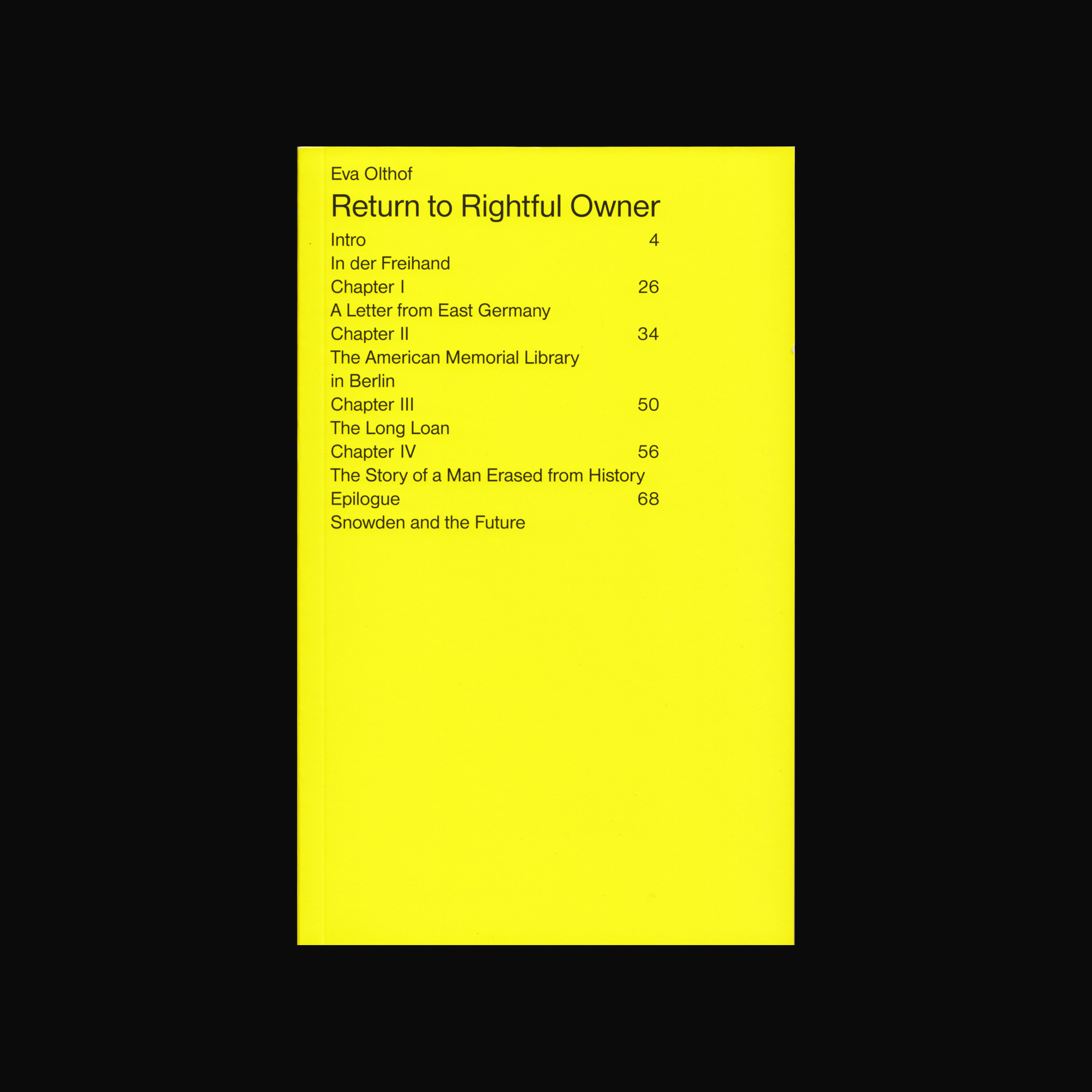 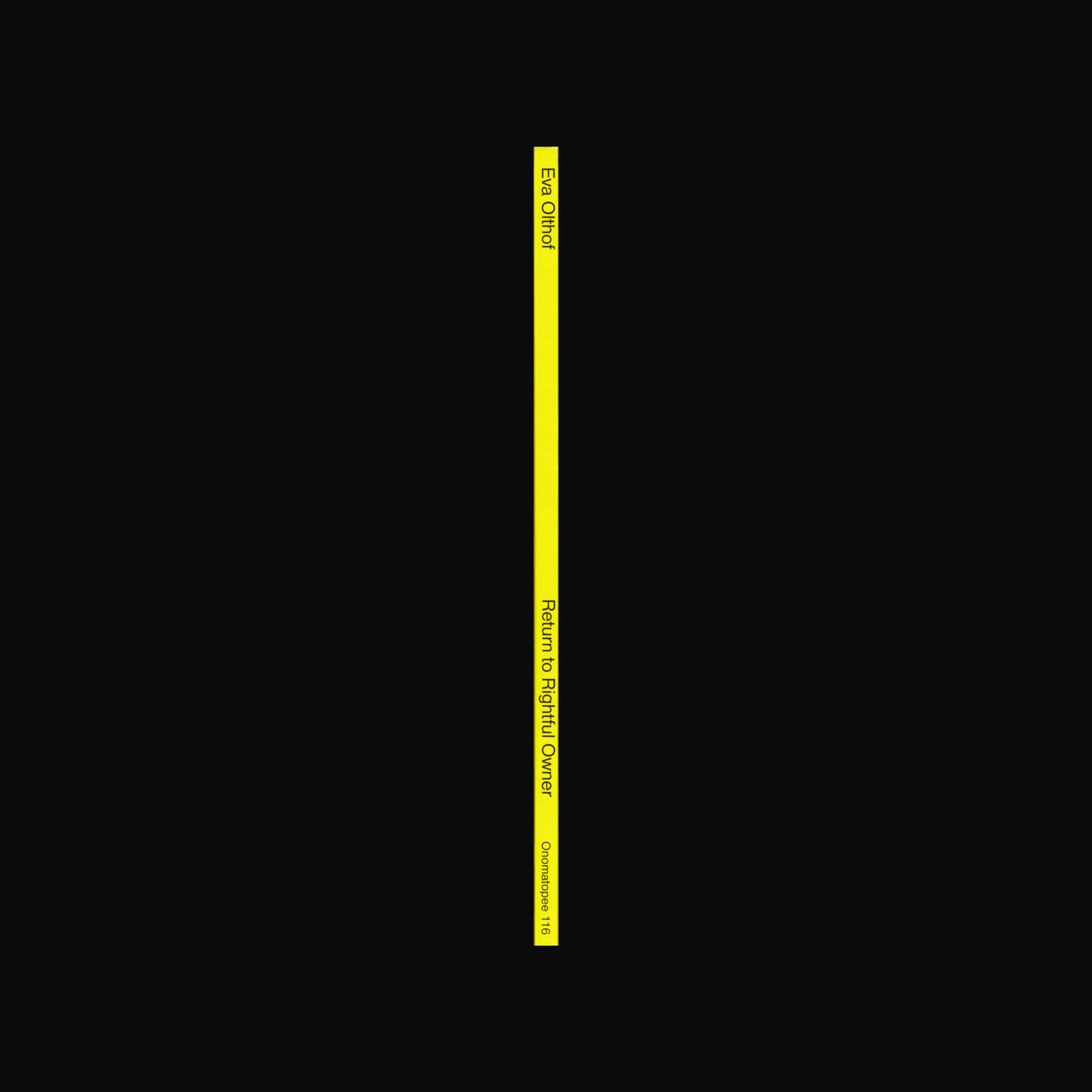 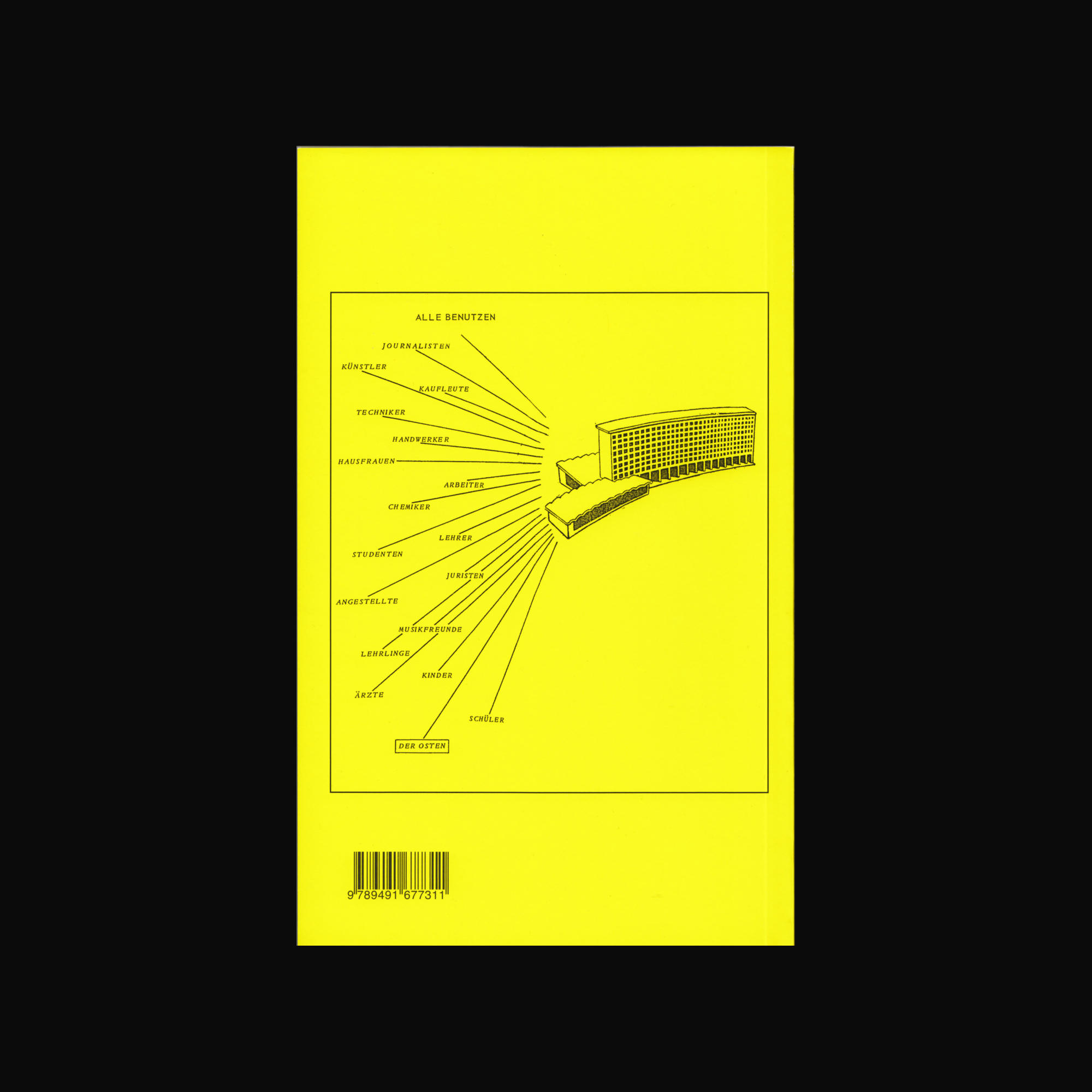 Eva Olthof’s book takes as it’s starting point the American Memorial Library in Berlin (Amerika-Gedenkbibliothek), which opened in 1954, and two books, which were returned after 50 years, accompanied by a handwritten personal letter. The library was a gift from the American people to the population of West Berlin after enduring the Berlin Blockade, promoting the “illimitable freedom of the human mind”, as it reads in a quote on the library’s wall from US President Thomas.

The book brings together the charged political history of this library, and the recent events connected to the revelations of NSA files by Edward Snowden.