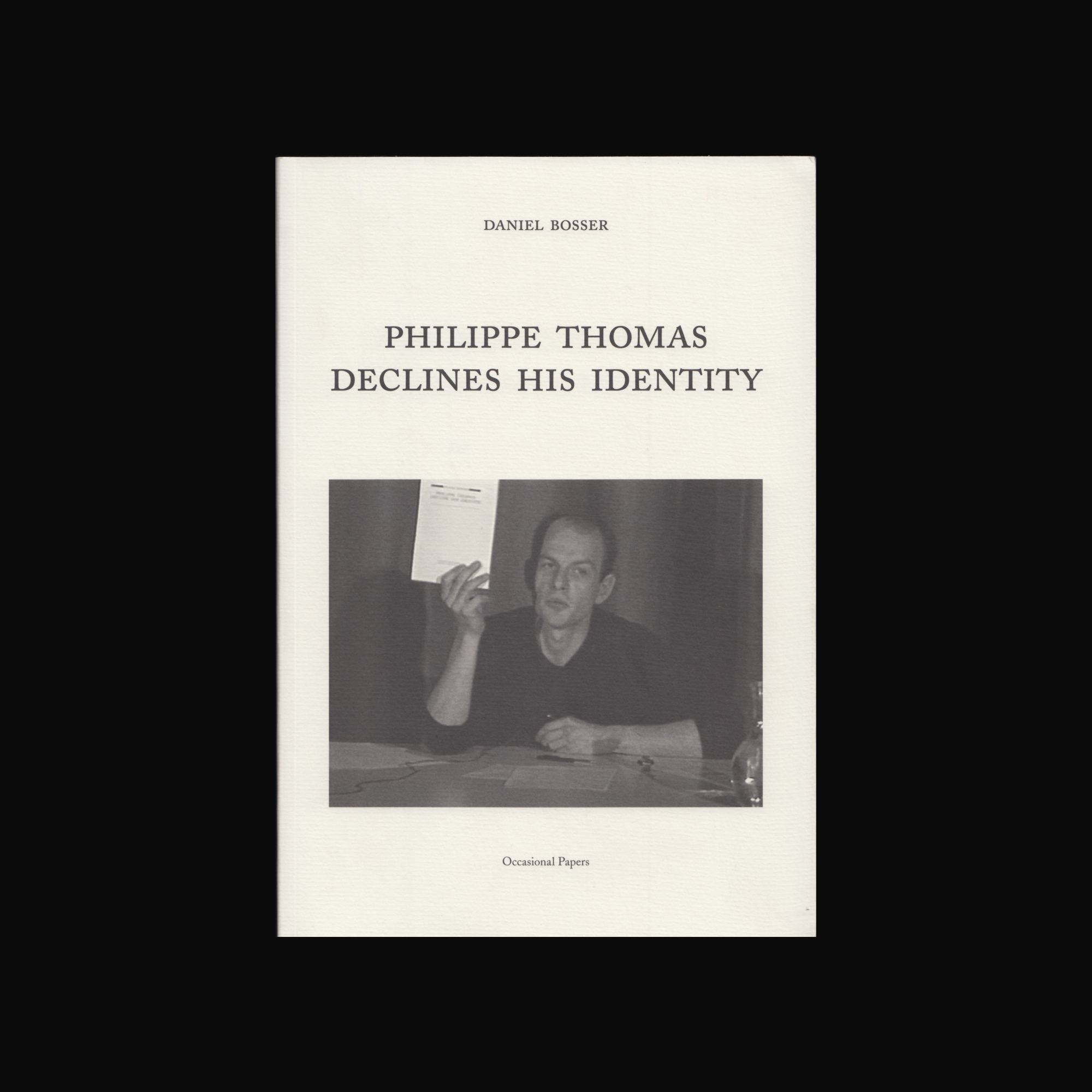 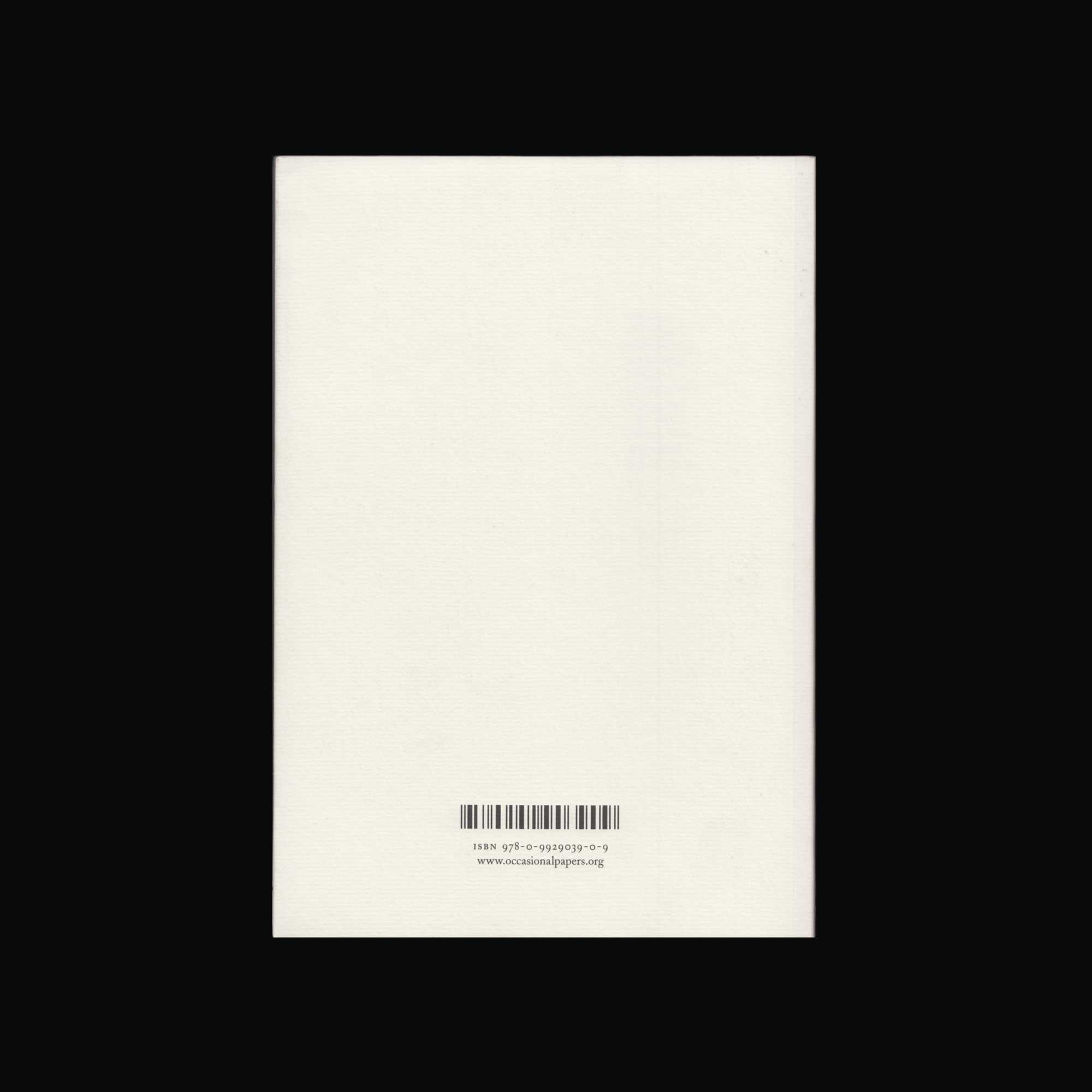 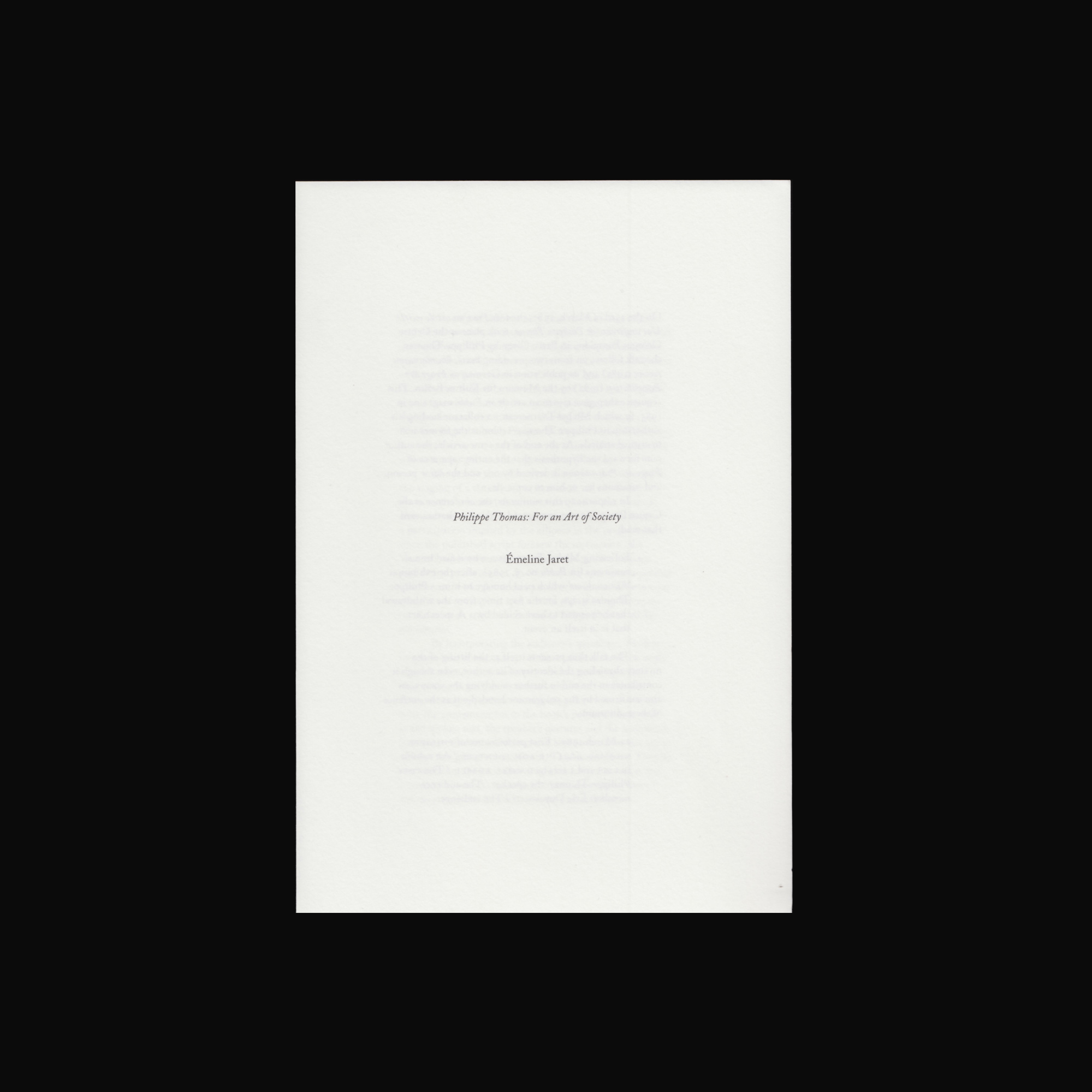 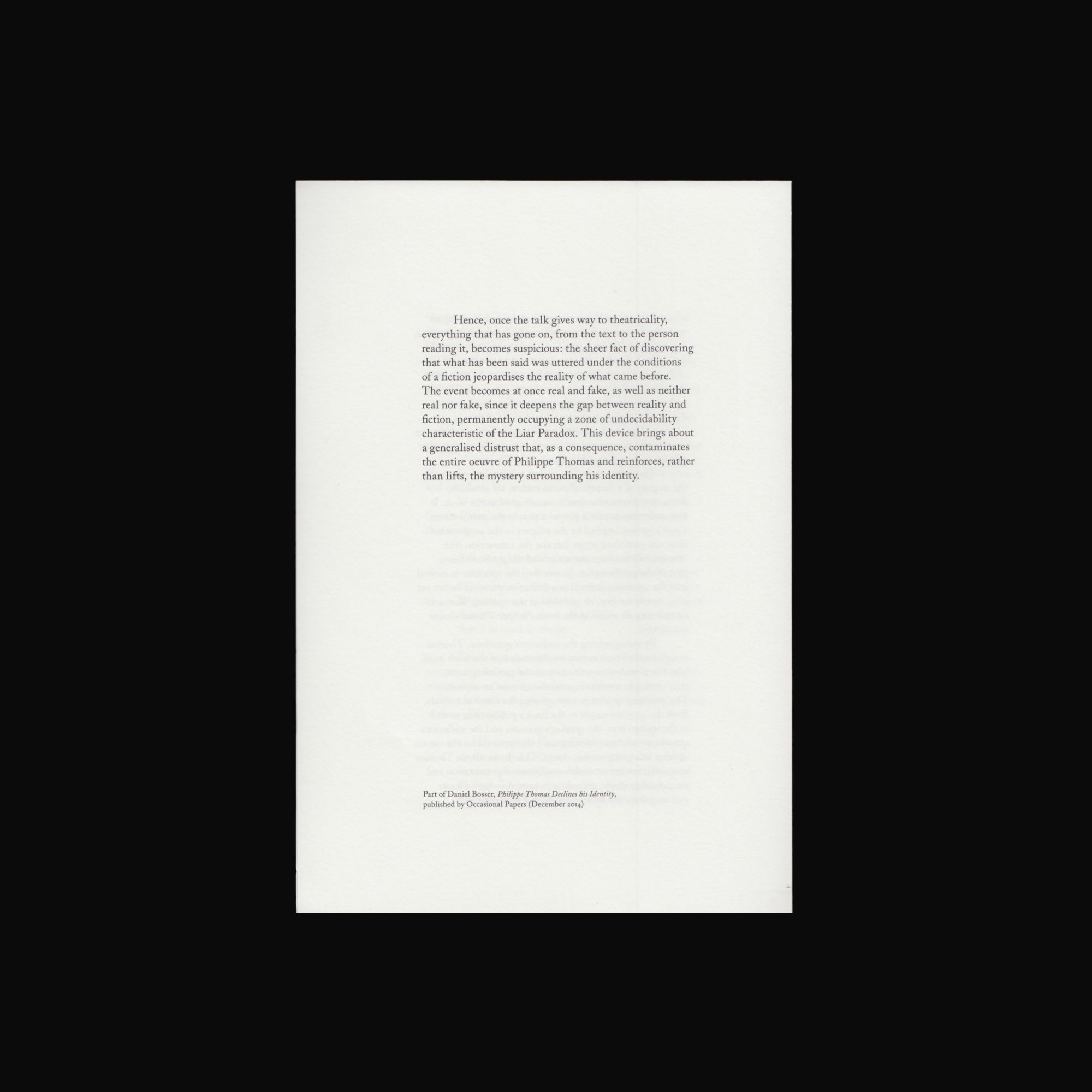 This is the first authorised translation of Daniel Bosser, Philippe Thomas décline son identité, a book about modernism and modalities of display first published by Galerie Claire Burrus, Paris,in 1987. The book was part of a performative talk given by the French conceptual artist Philippe Thomas (1951–95) at the Centre Georges Pompidou in Paris on 23 March 1987, and repeated a year later at the Musée de Grenoble. What audience members only realised upon leaving the auditorium was that the talk they had just witnessed was minutely scripted – down to Thomas’ smallest gestures and pauses – in the book itself. Thomas thus blurs definitions of ‘artist’s talk’, ‘performance’, ‘transcript’ and ‘book’, producing instead a play on words, and speech acts. Consistent with Thomas’ desire to separate the author’s name from actual authorship, the book is attributed to Daniel Bosser, the collector who acquired the piece.