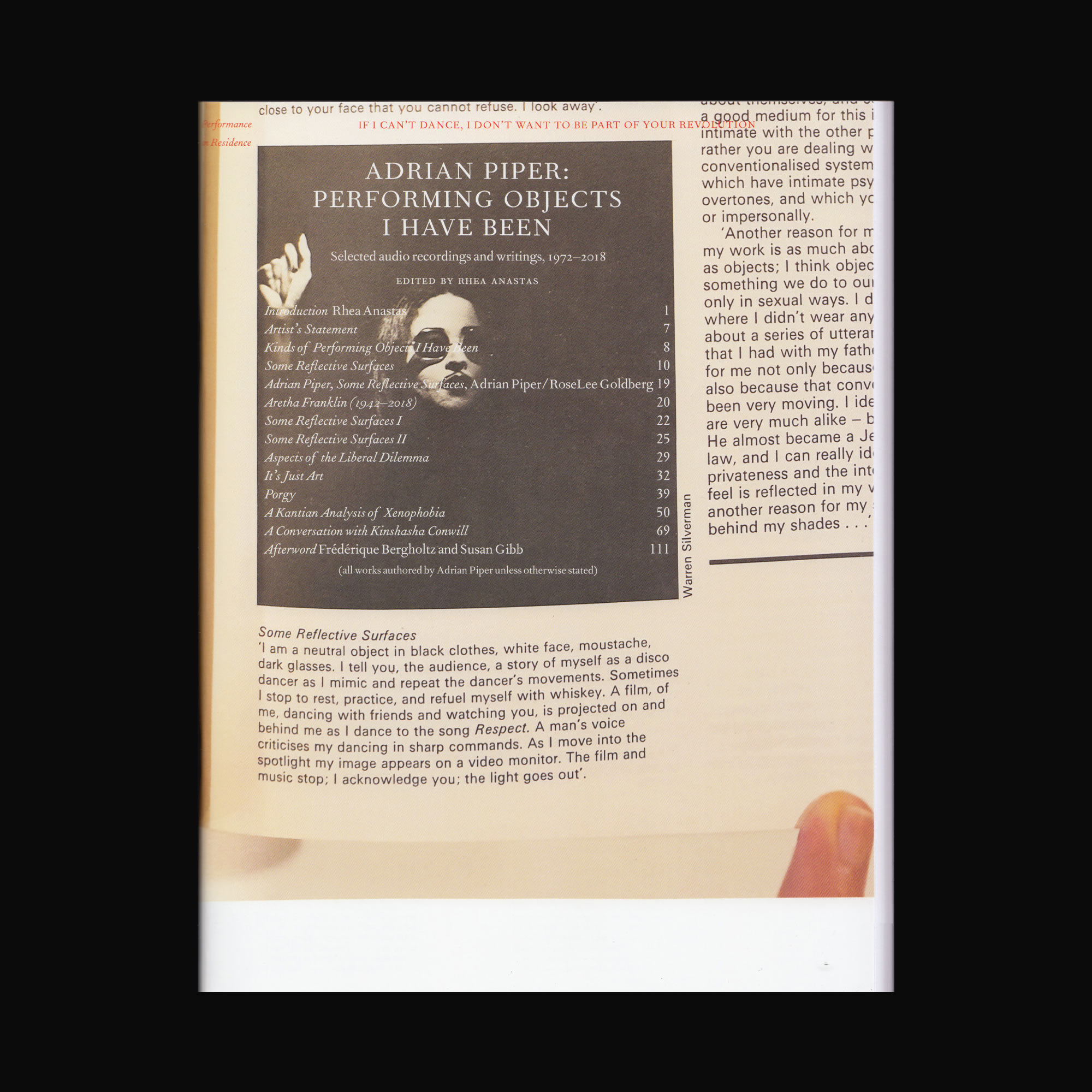 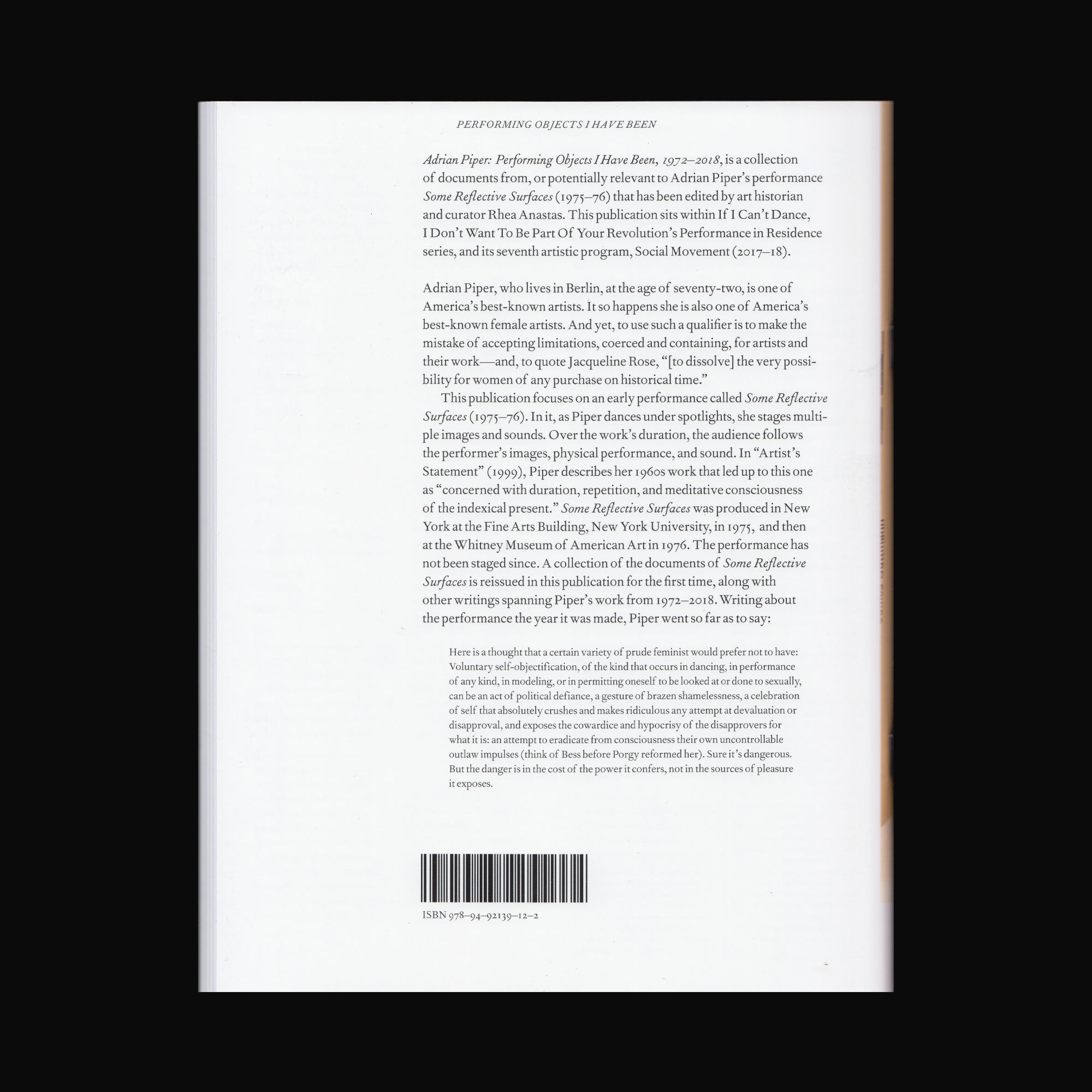 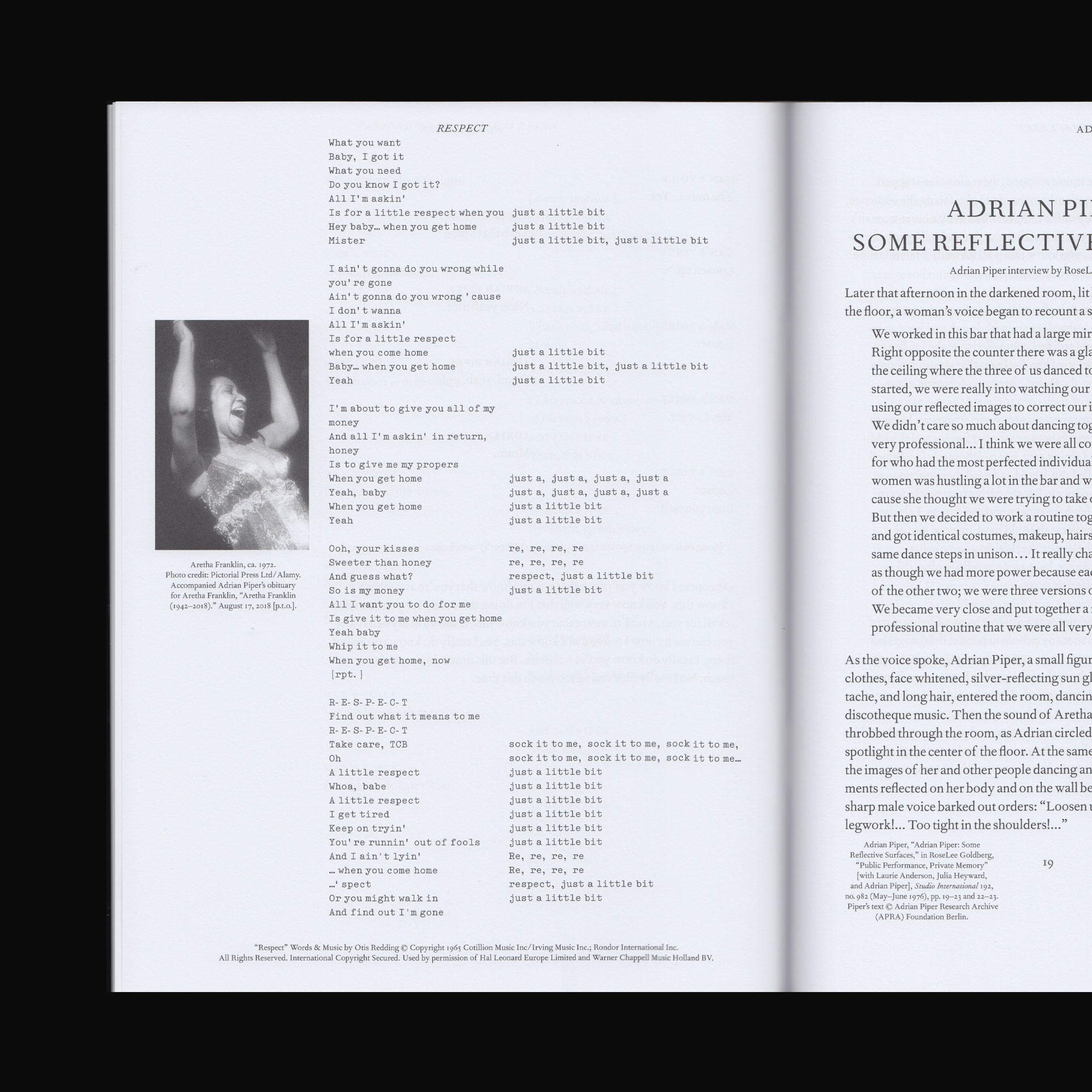 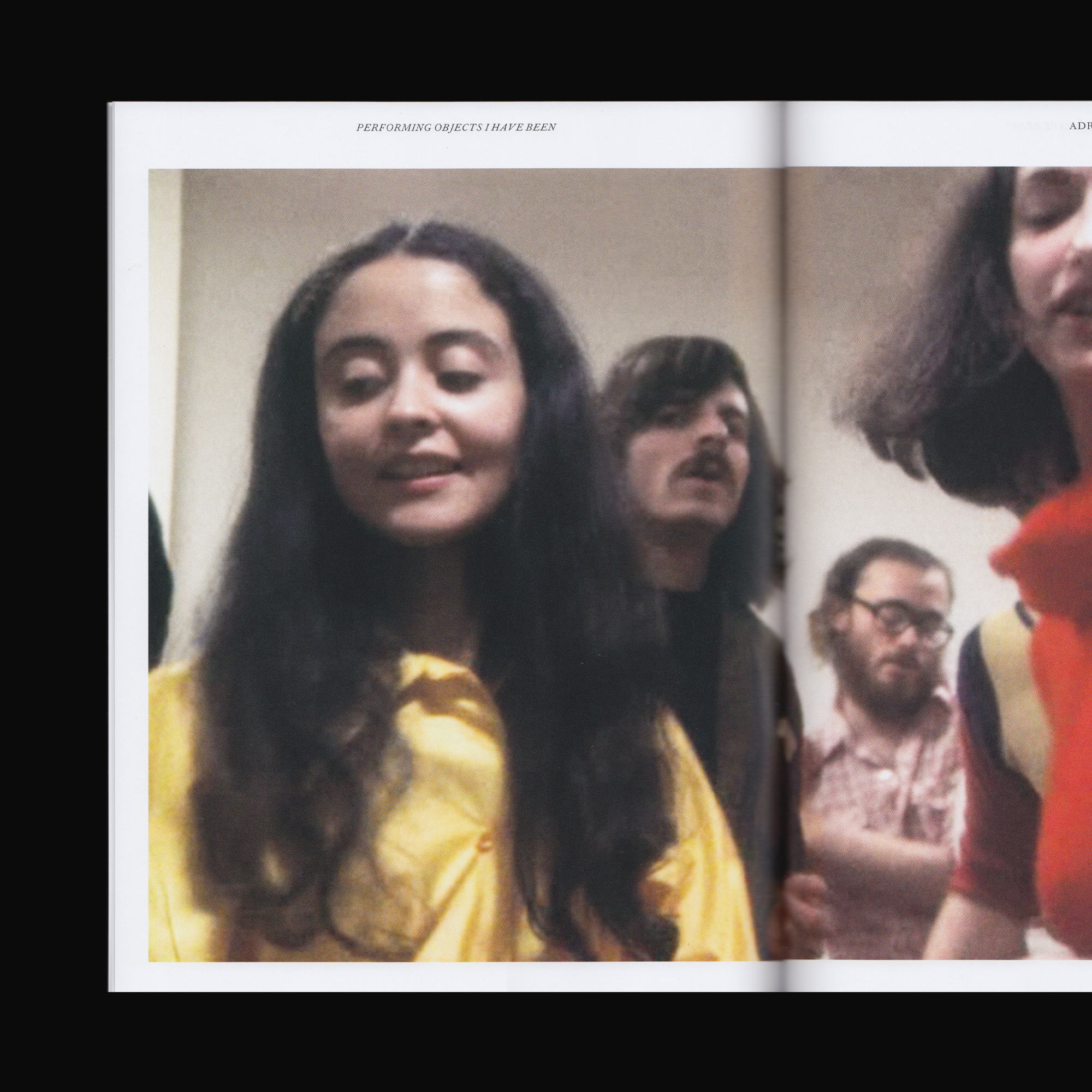 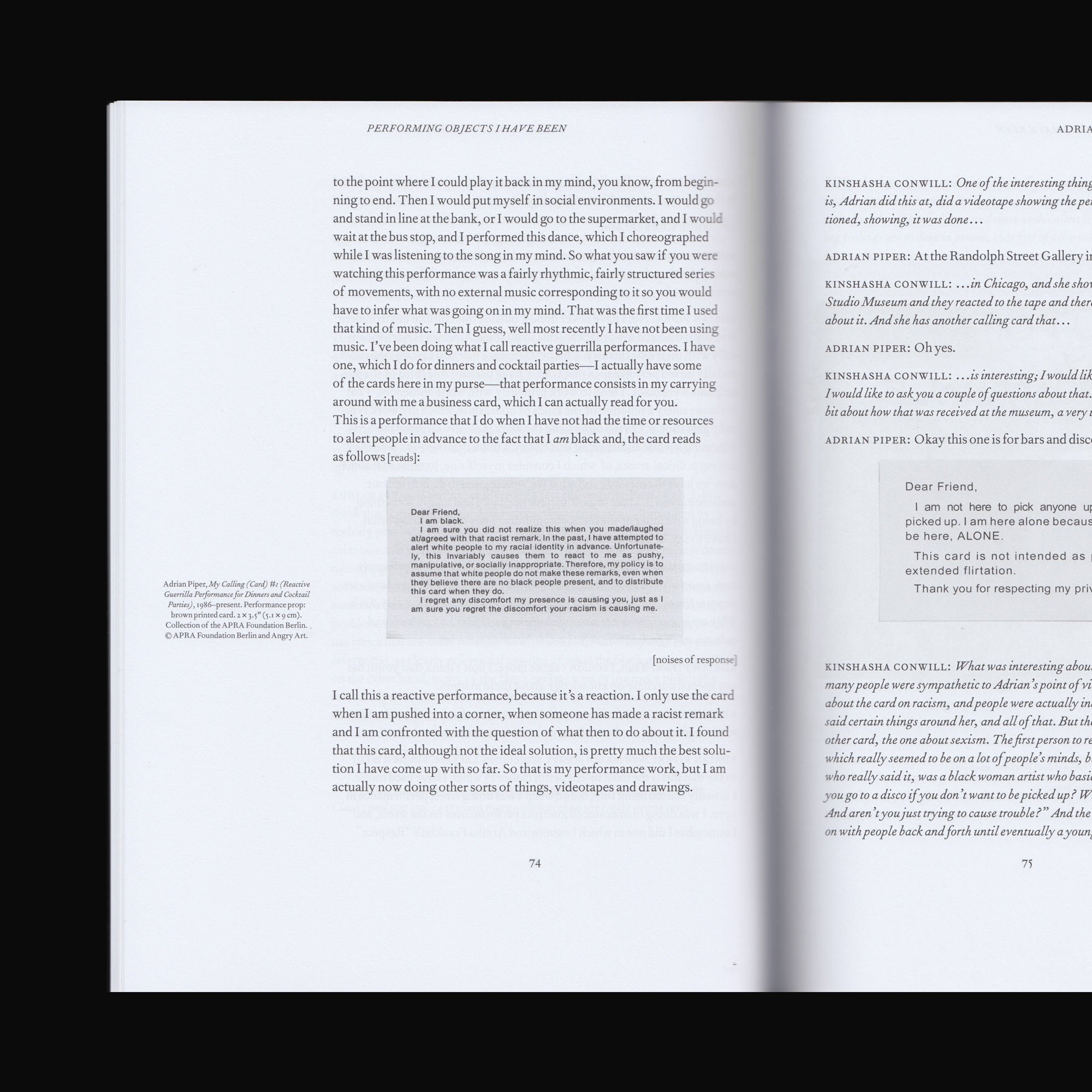 Adrian Piper: Performing Objects I Have Been, 1972–2018 is a collection of documents from, or potentially relevant to Adrian Piper’s performance Some Reflective Surfaces (1975–76) edited by art historian and curator Rhea Anastas. In this early live piece, Piper dances under spotlights to Aretha Franklin’s ‘Respect’, additionally staging video feedback and filmed images of herself dancing, and two sound recordings – ‘Respect’ itself, and a voice-over narrative. Some Reflective Surfaces was produced in New York in the Fine Arts Building, New York University in 1975 and then at the Whitney Museum of American Art in 1976. The performance has not been staged since. The documents of Some Reflective Surfaces include writings by, and audio transcripts of Piper. The publication is illustrated with photographs of Piper’s performances and other works.