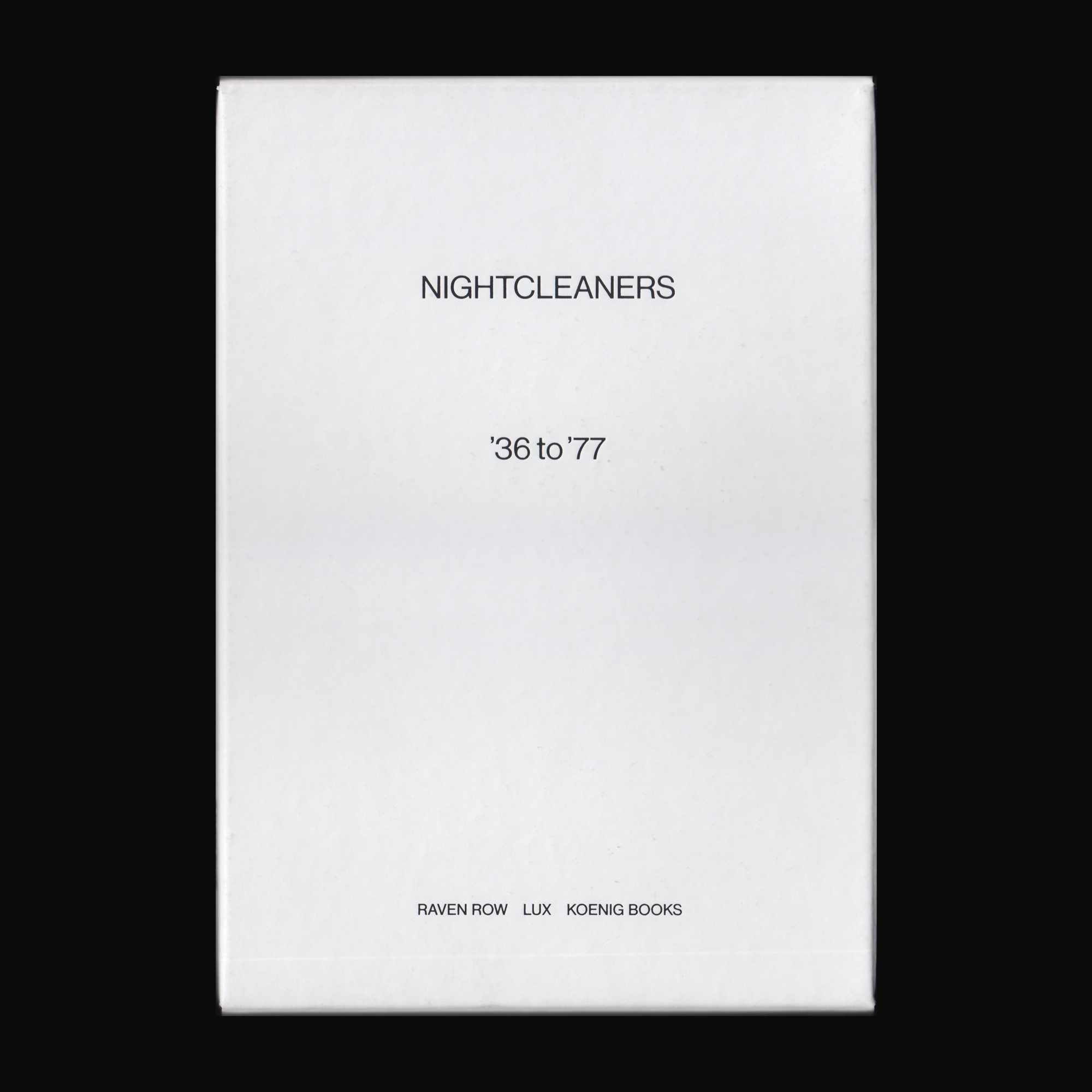 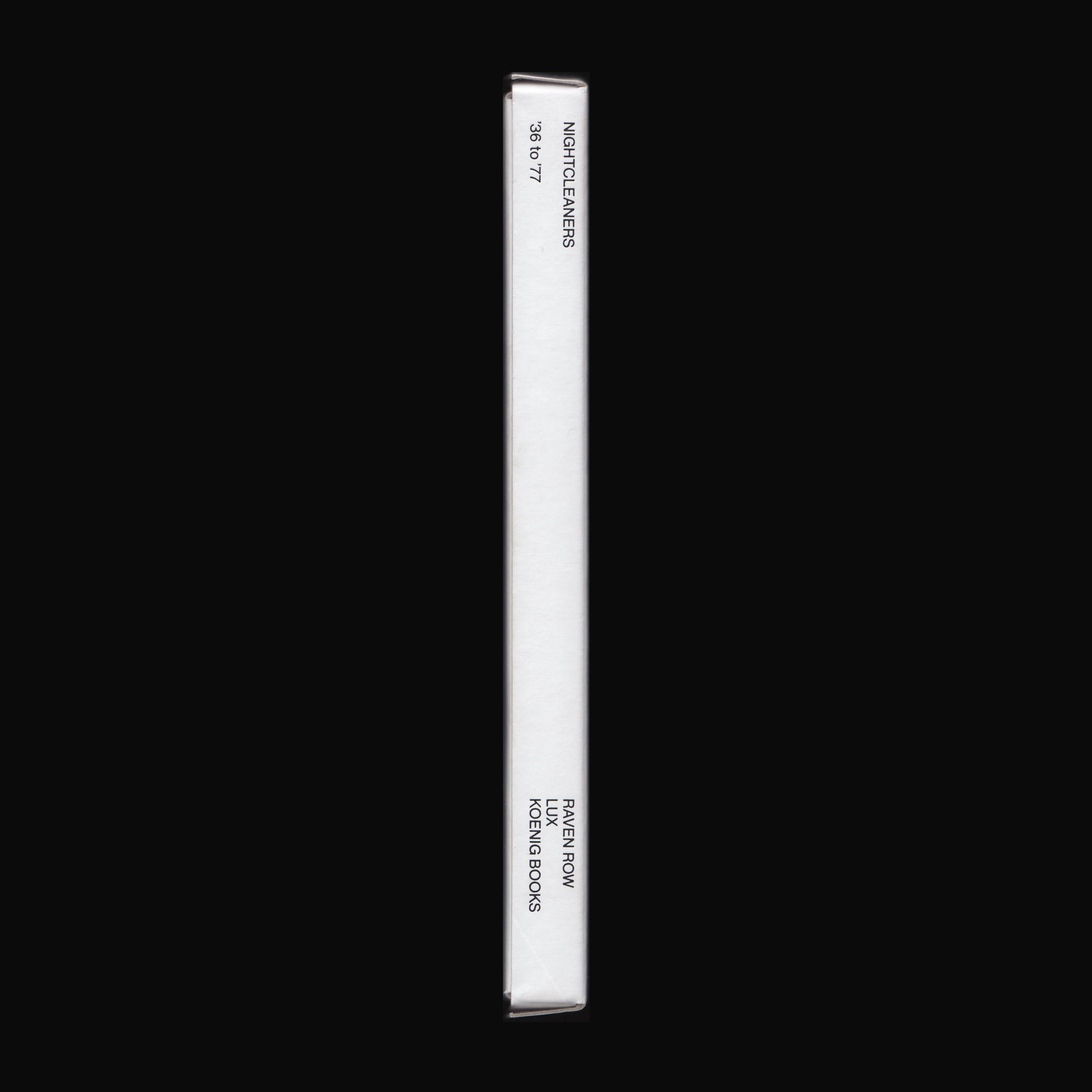 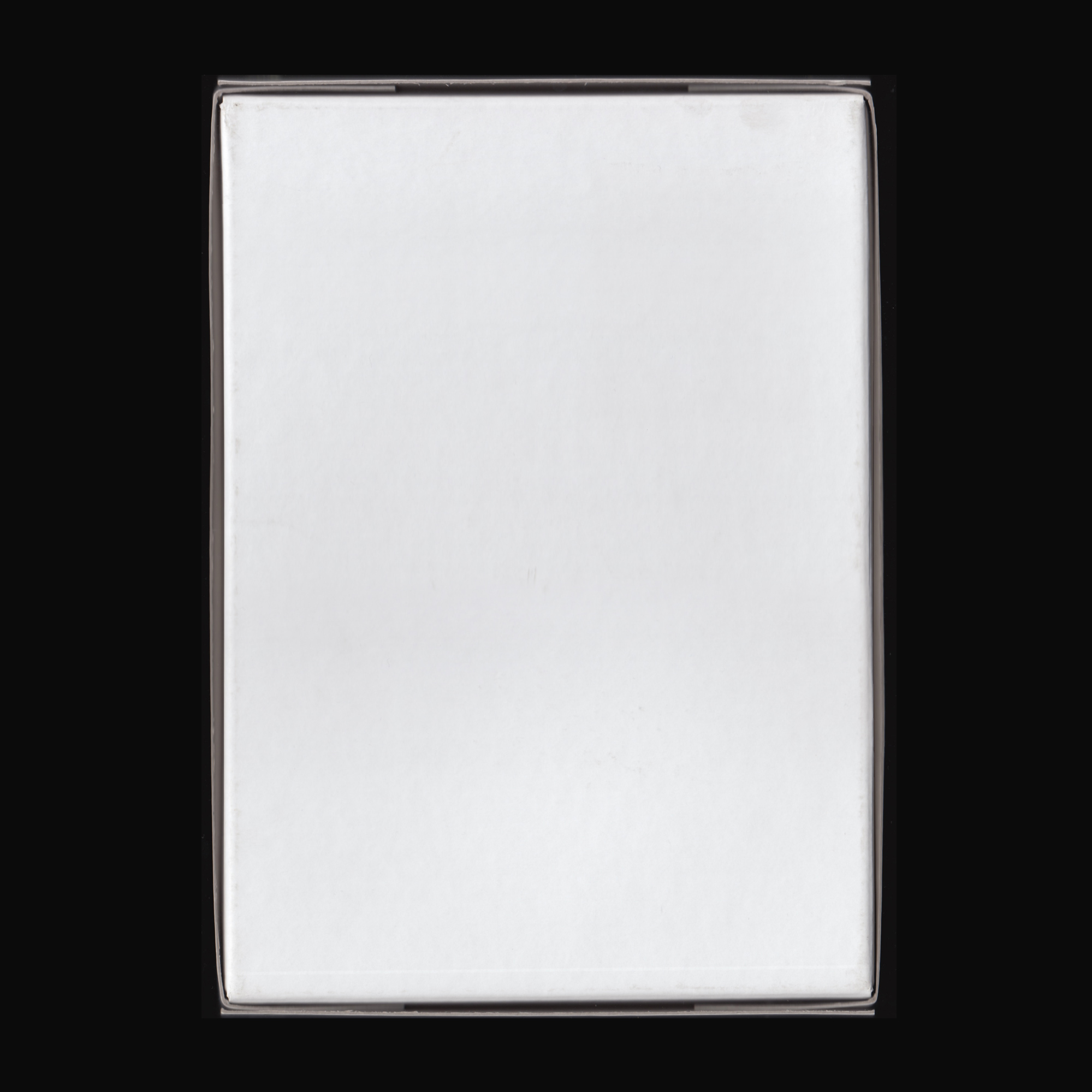 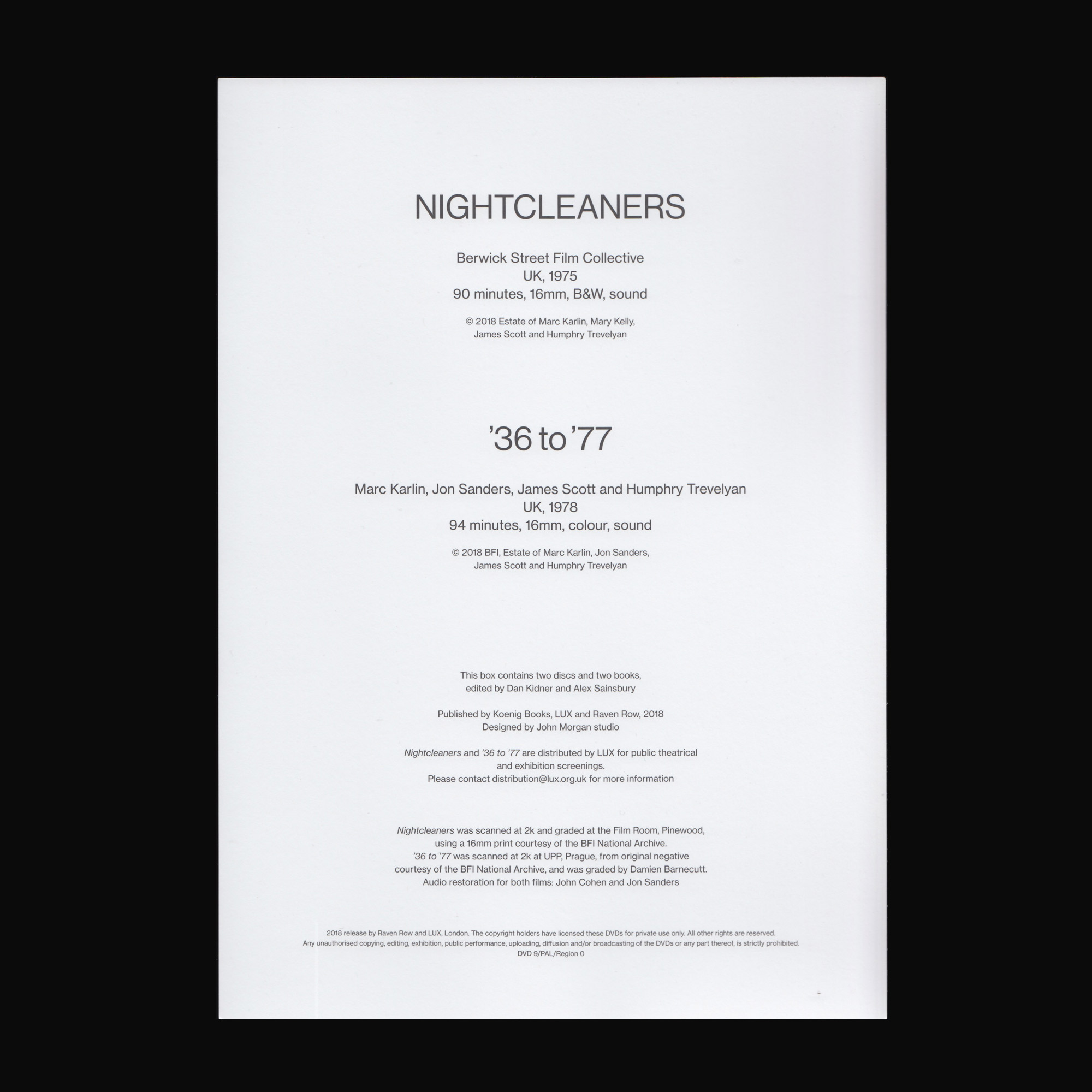 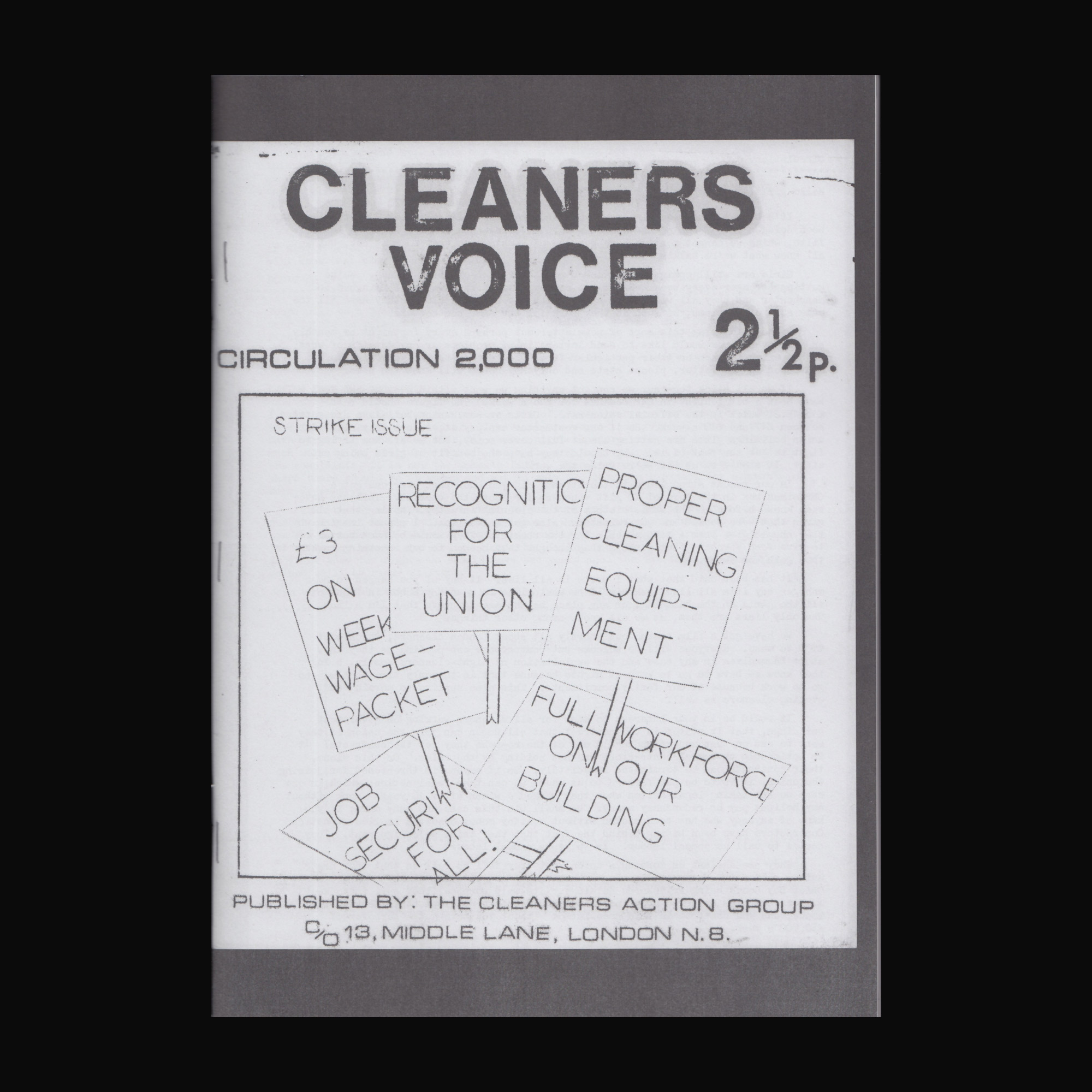 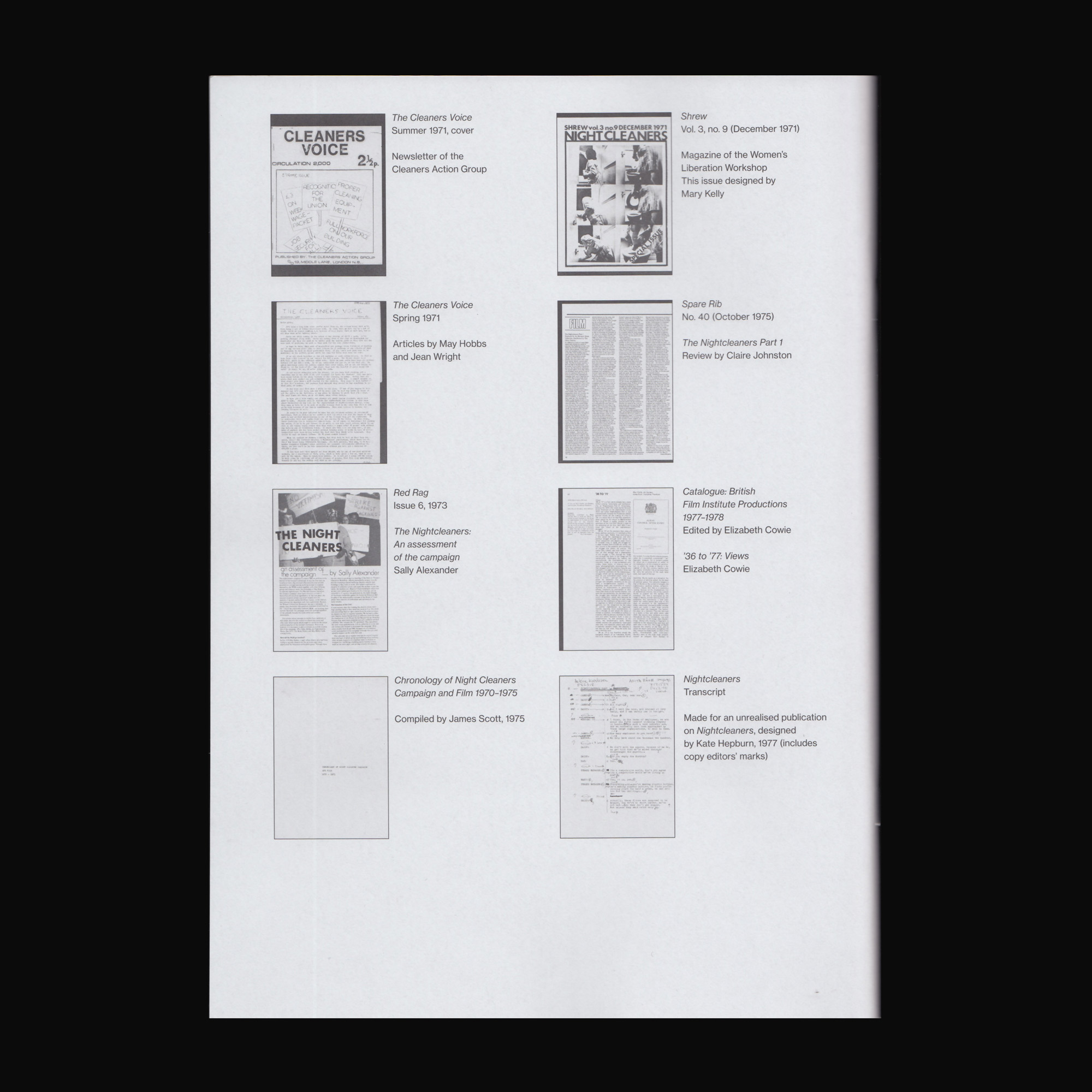 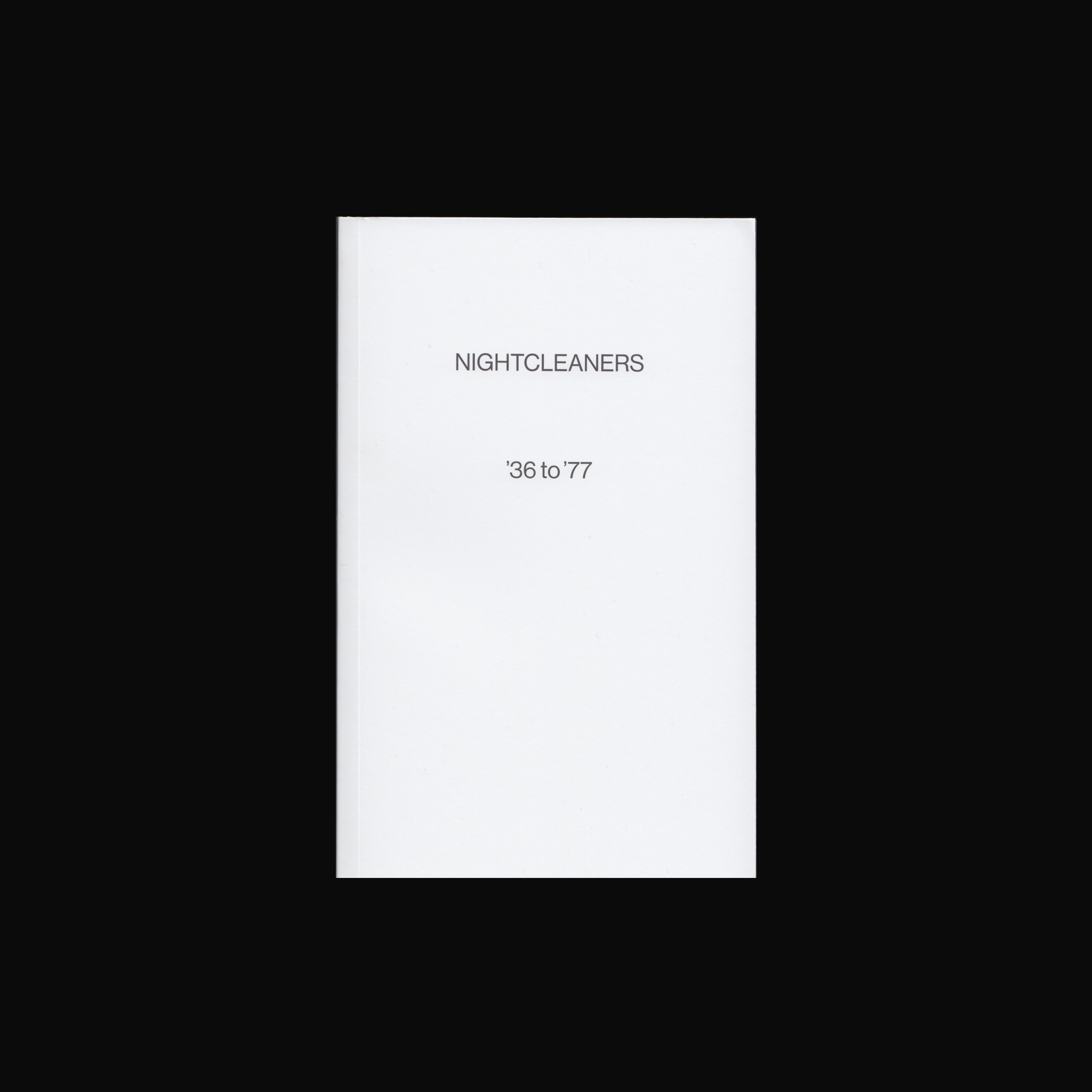 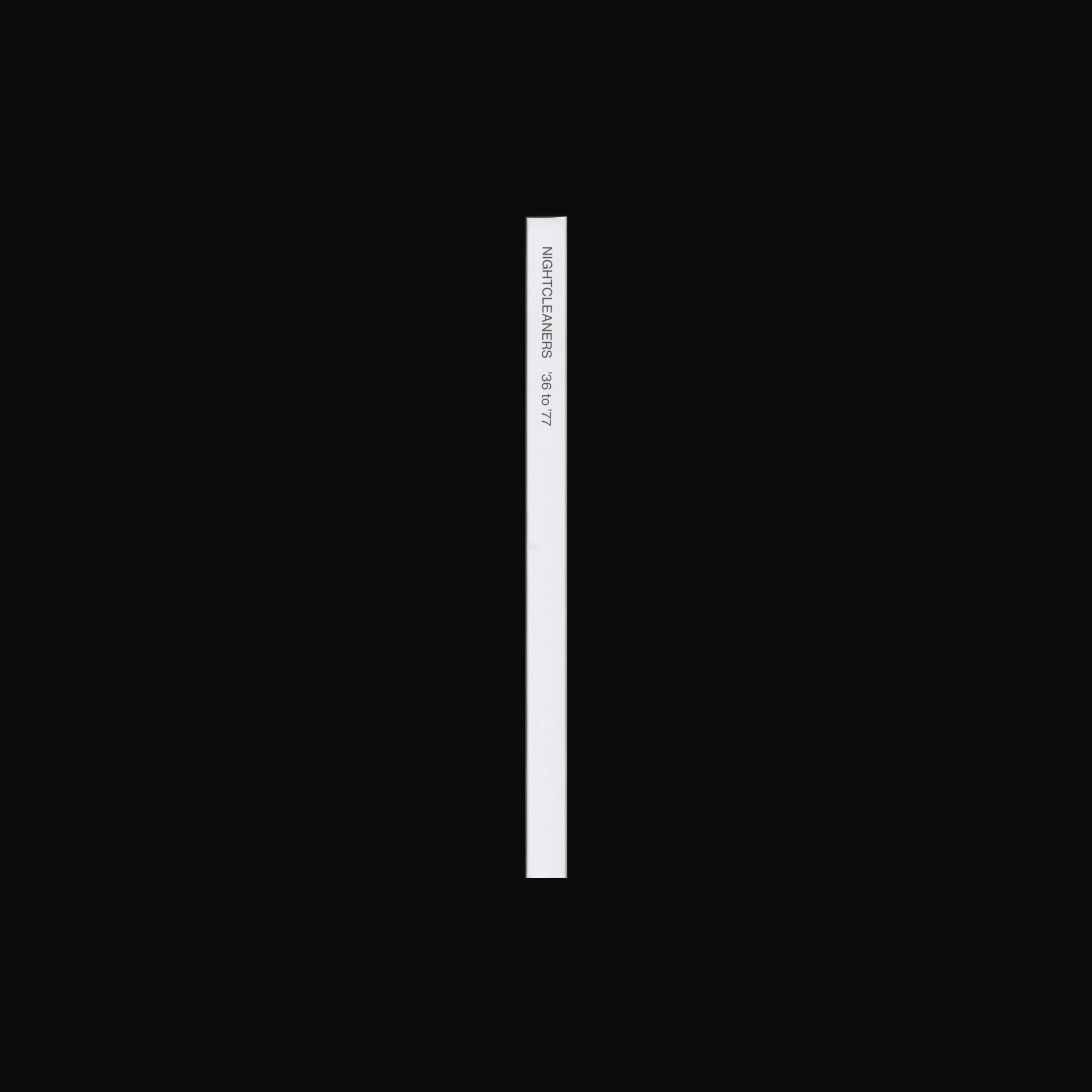 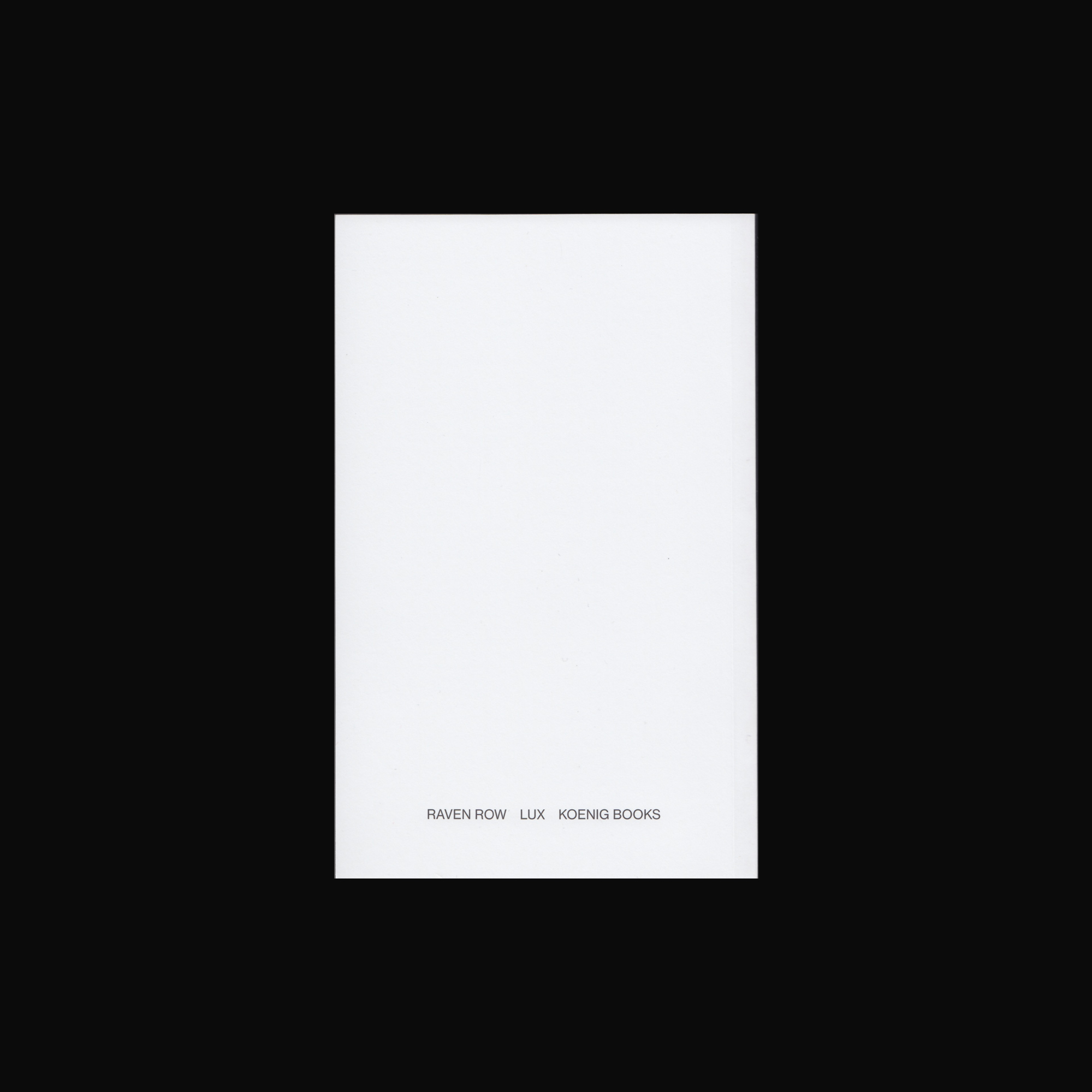 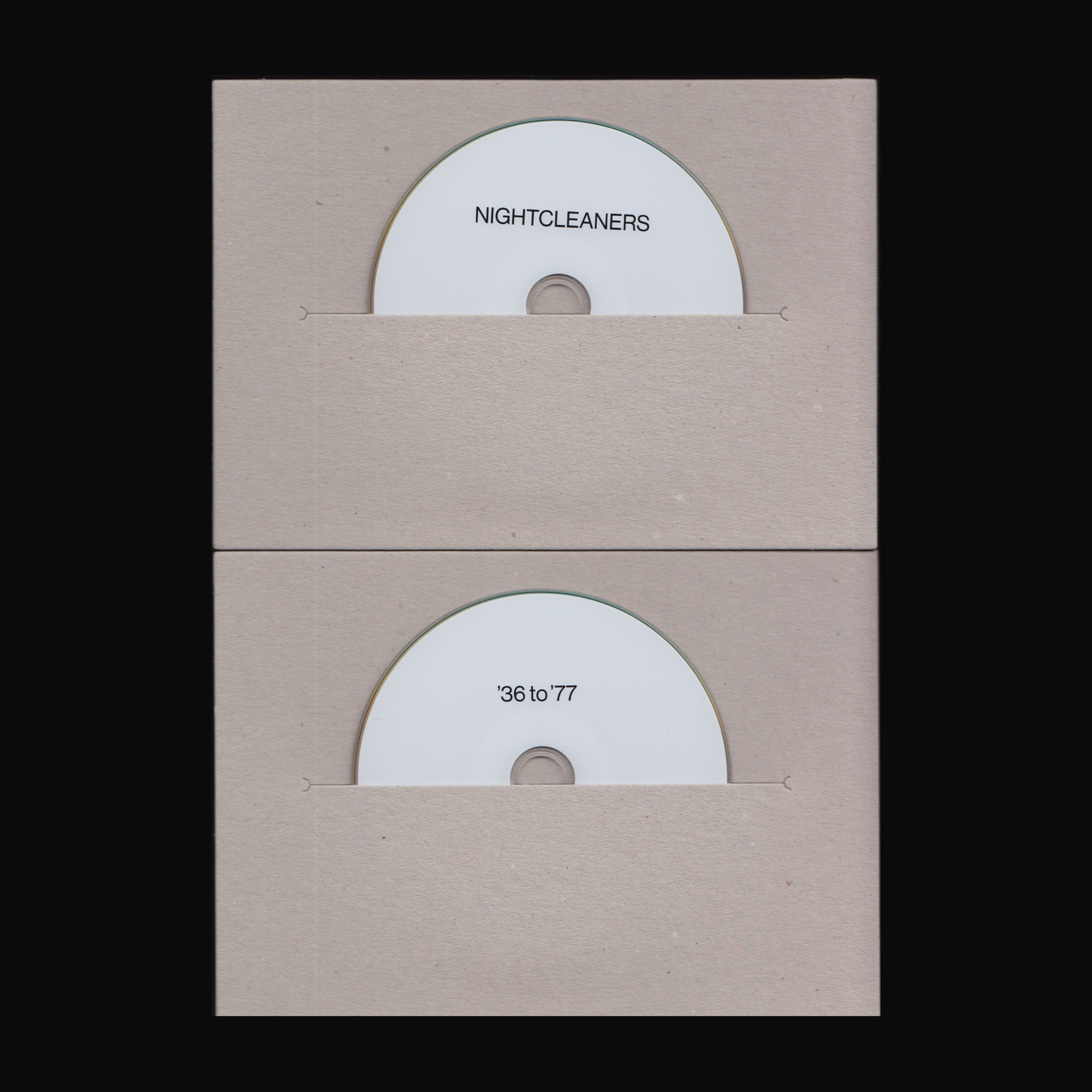 Price: €25 (Temporarily out of stock)

Nightcleaners (1975) by the Berwick Street Film Collective has long been recognised as a landmark of British experimental film and political cinema. Together with its companion film ’36 to ’77 (1978), it pioneered a film form as radical as the Collective’s politics. The films chronicle one of the key campaigns of the women’s movement in the 1970s. The campaign to unionise women night cleaners in London anticipates contemporary issues regarding precarious labour. To celebrate the first digital release of the films, a special box set has been produced containing the two films on disc, reproductions of historical material, including news sheets of the women’s movement – one designed by Mary Kelly, a member of the Film Collective, an interview with whom is also included as well as rare illustrations and contributions from the filmmakers.