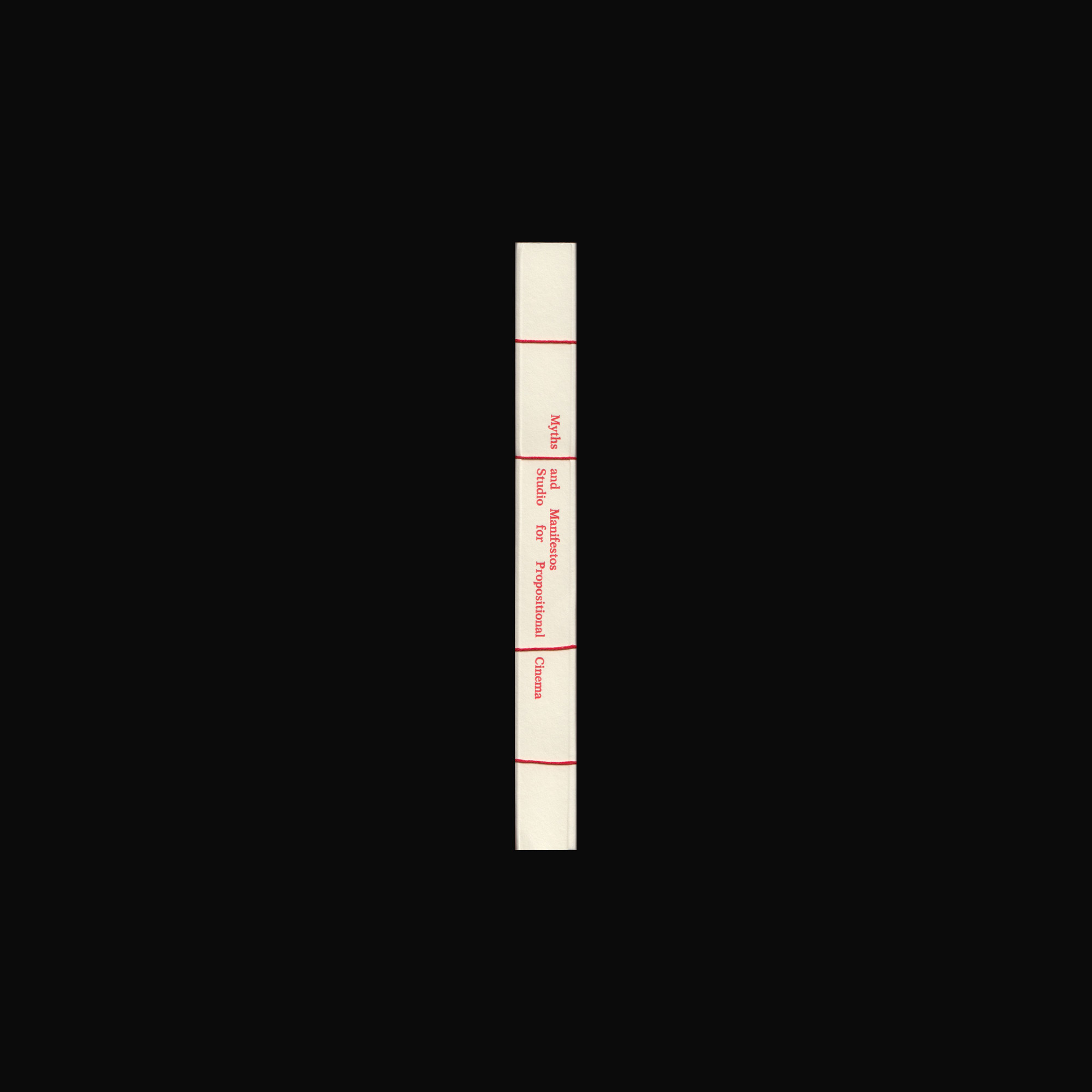 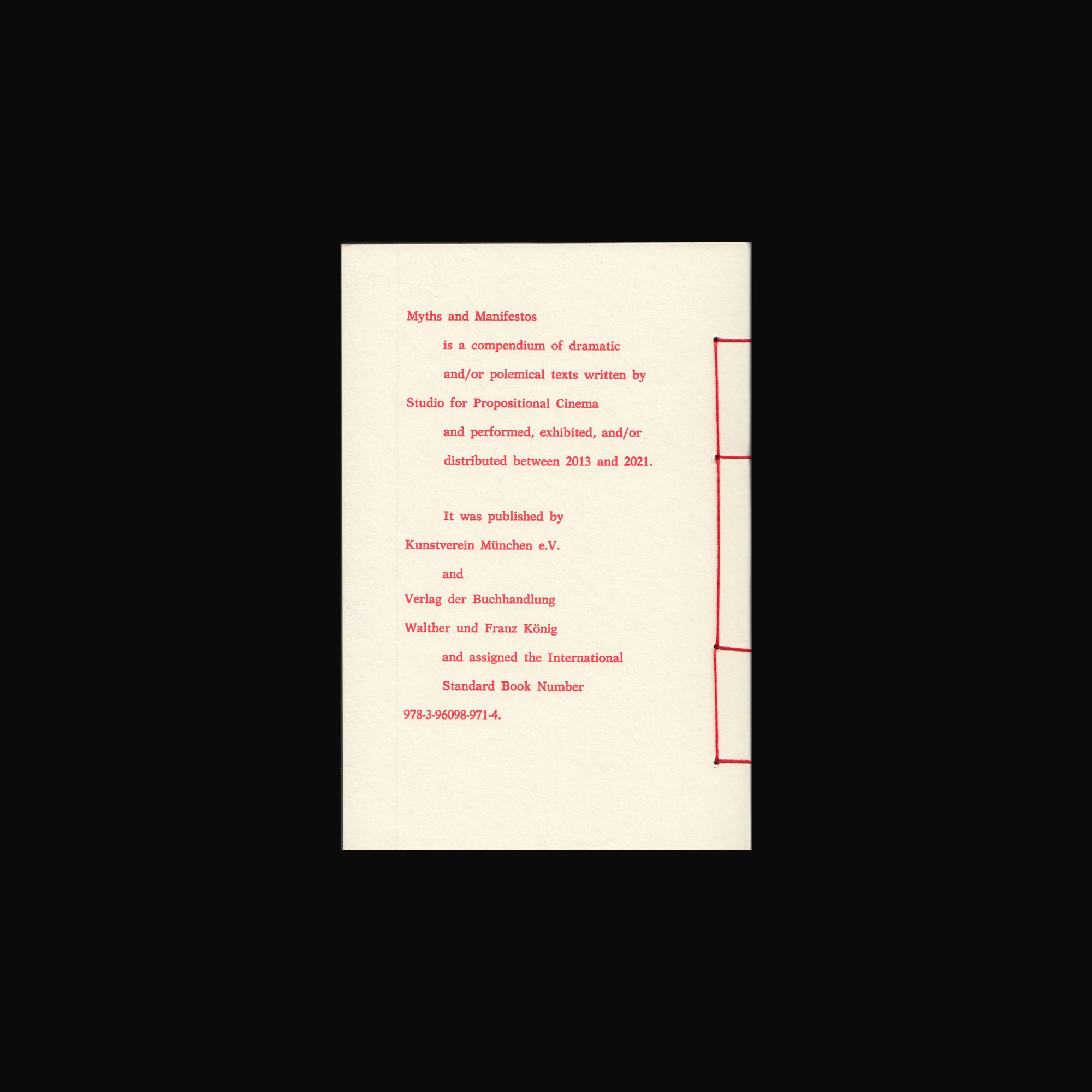 Myths and Manifestos is a compendium of dramatic and polemical texts written and released, by the artist entity Studio for Propositional Cinema between 2009 and 2021. Scripts for a play, a libretto, and an epic poem are punctuated by manifestos and public speeches that act as bridges between them. Together they reflect and warn of an encroaching ideological dark age in which our culture’s communicational forms are becoming increasingly endangered and alienated from our collective control, while making some modest proposals for how we can make space to relearn and retain them, if there is still enough time to do so.