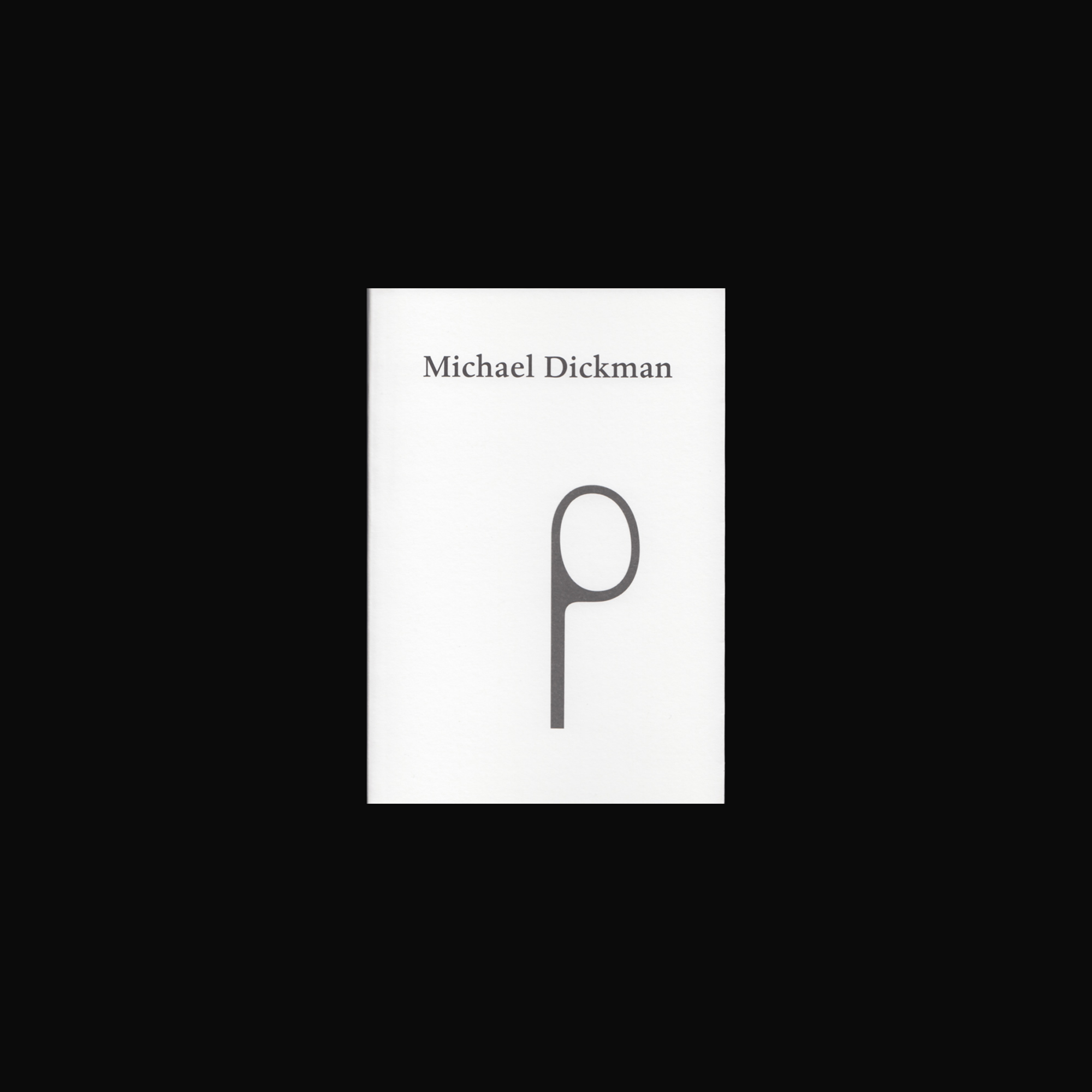 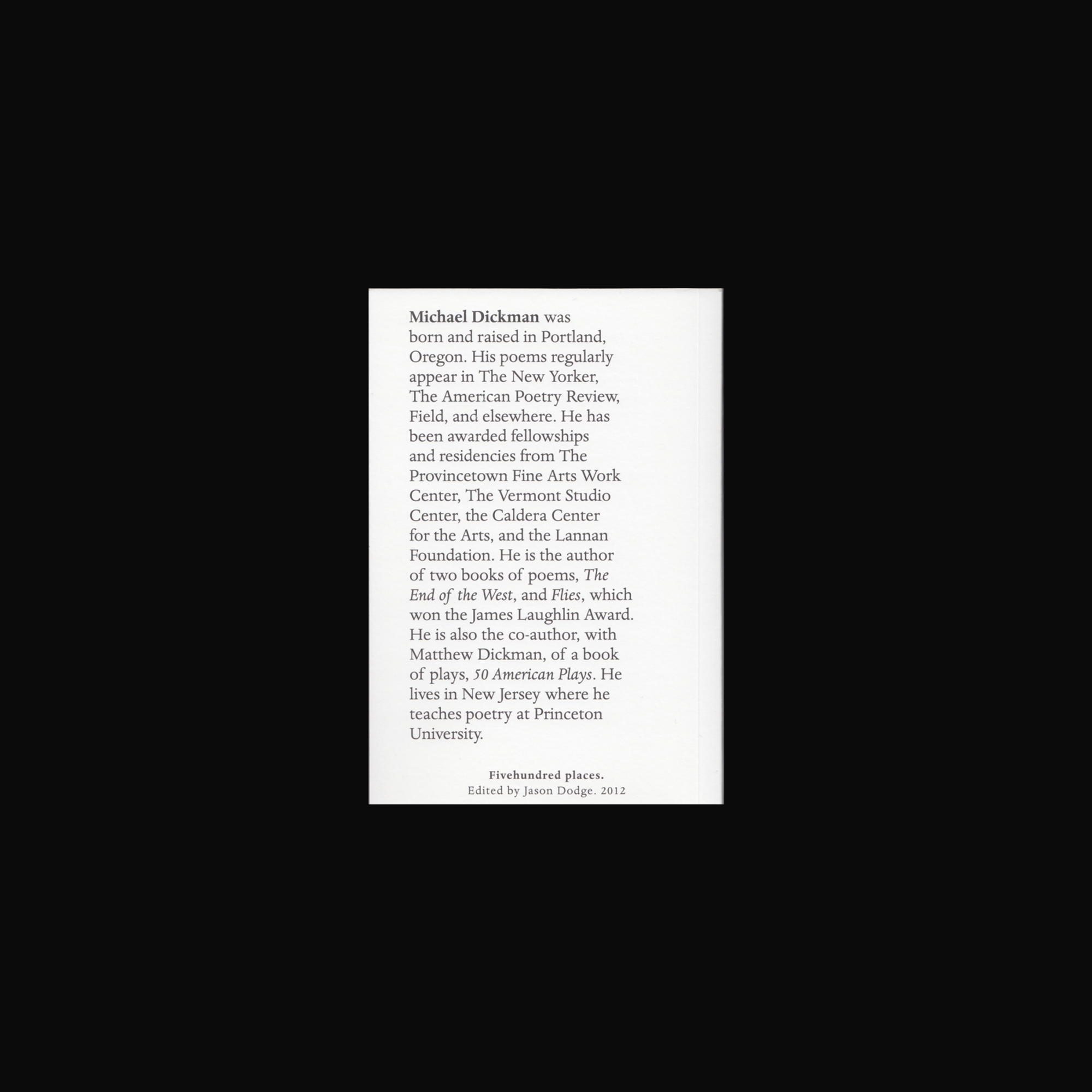 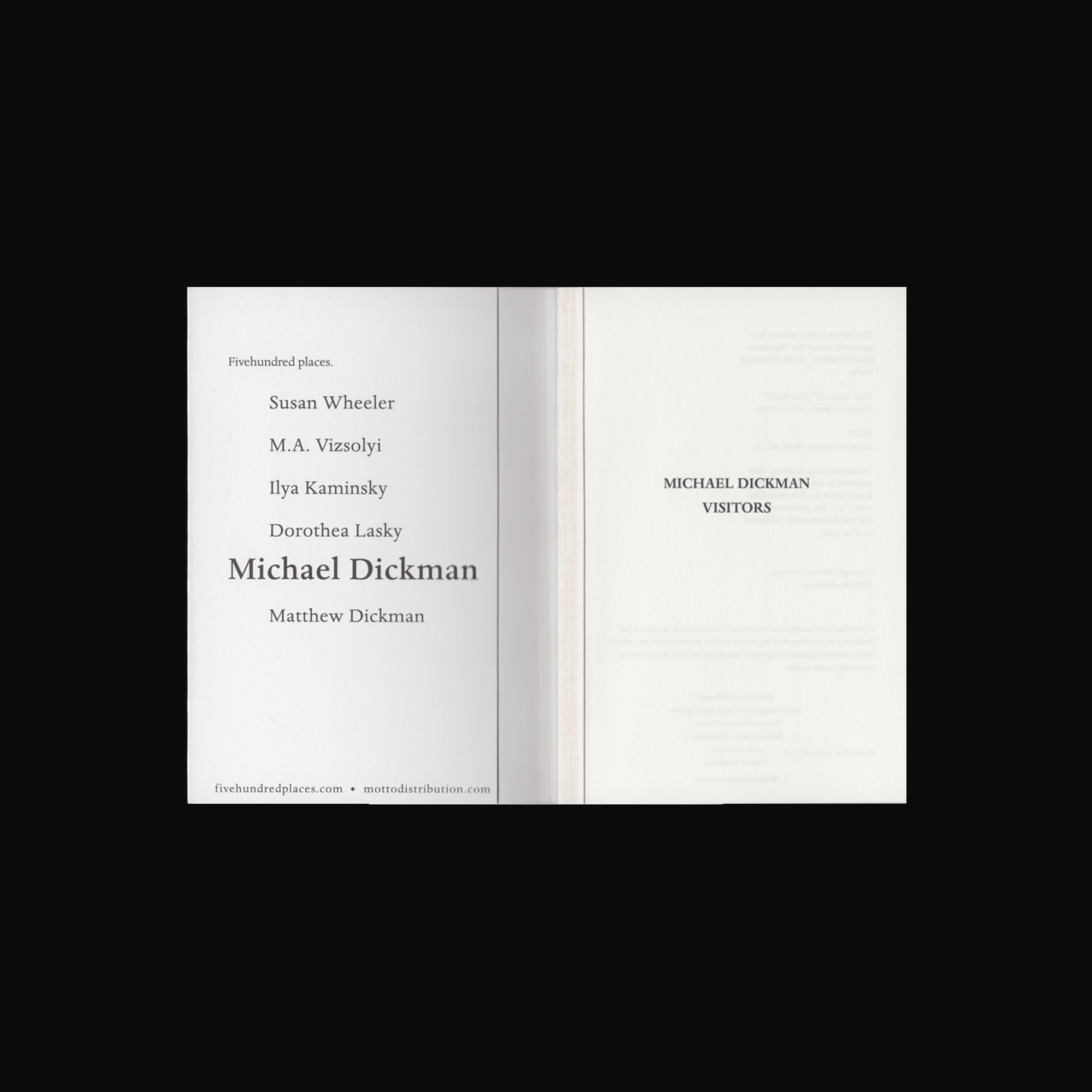 Michael Dickman was born and raised in Portland, Oregon. His poems regularly appear in The New Yorker, The American Poetry Review, Field, and elsewhere. He is the author of two books of poems, The End of the West, and Flies, which won the James Laughlin Award.