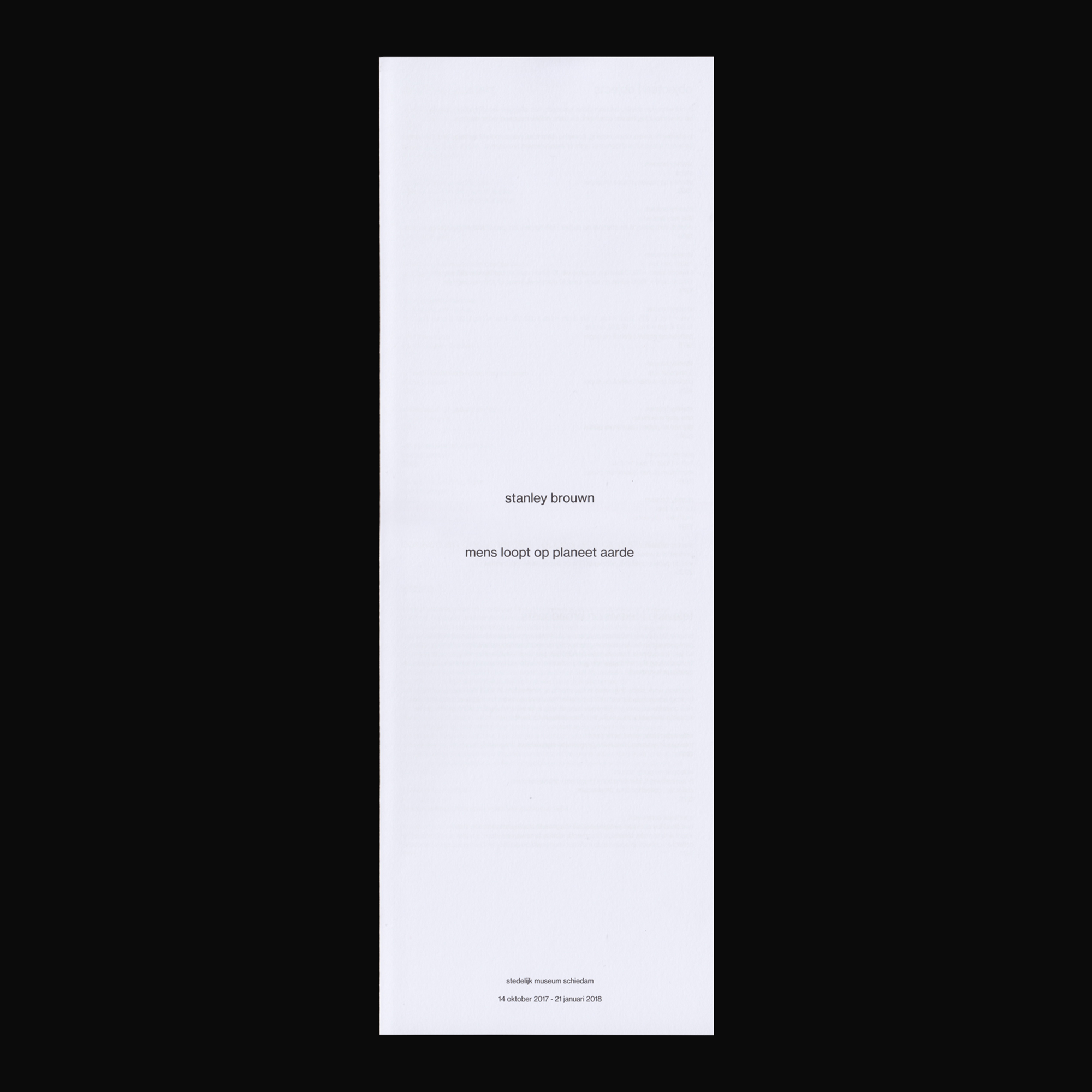 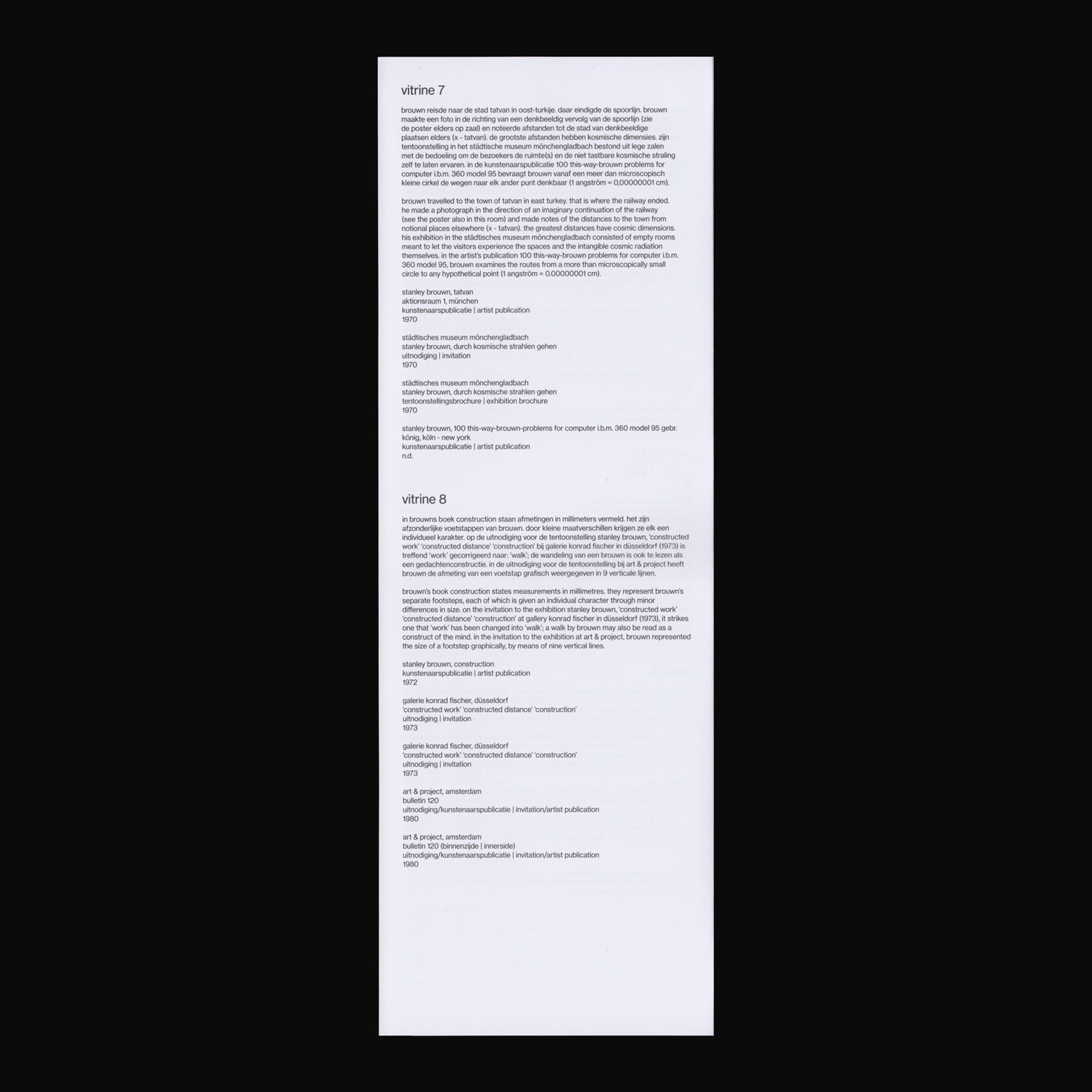 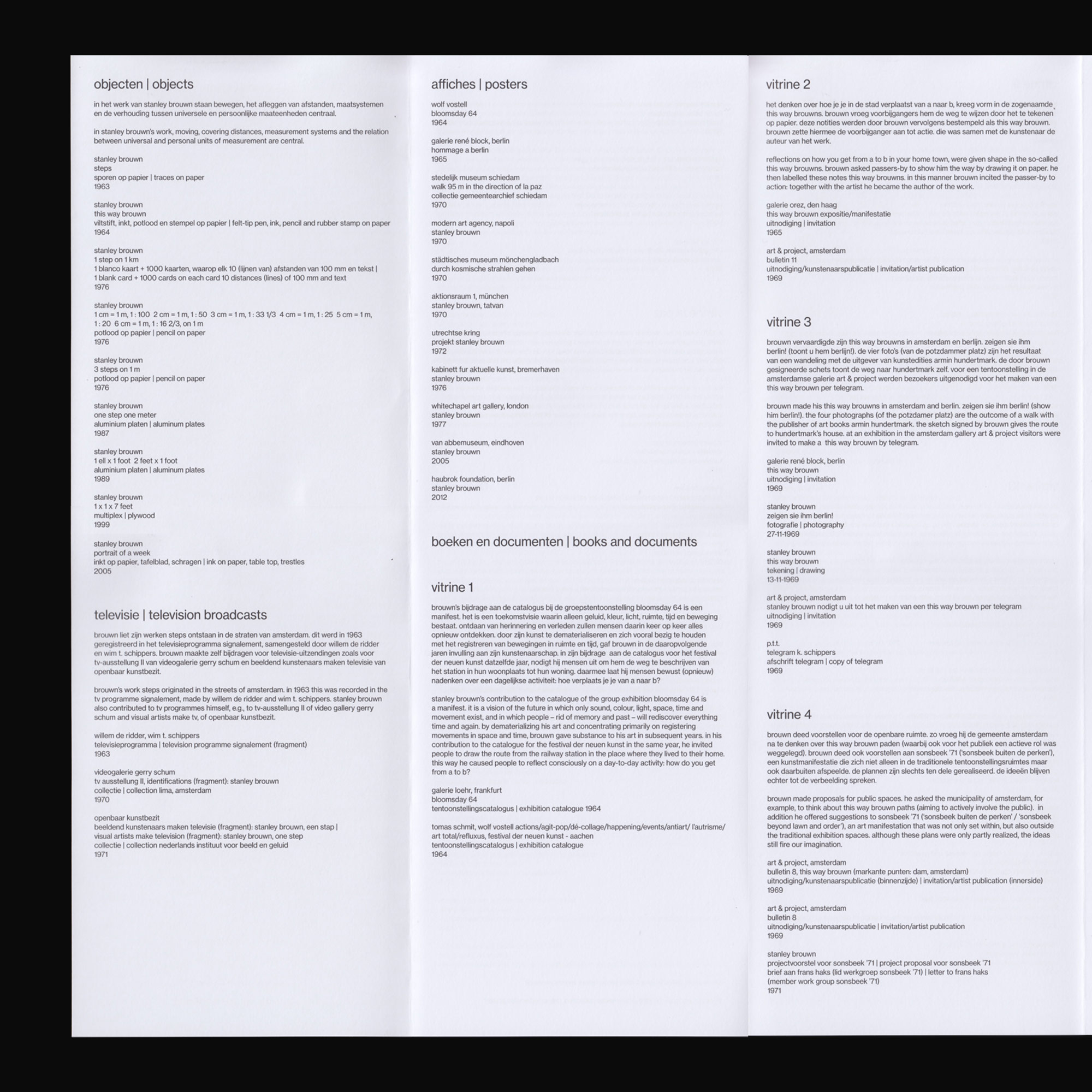 From the press release: “Where other artists give free rein to paint or pencil, stanley brouwn (1935-2017) opted for ‘distance’ and ‘measurement’ as media. His work is about directions and distances and how to move within that context. His first museological exhibition in the Stedelijk Museum Schiedam was in 1970. The exhibition Man Walking Planet Earth, close on half a century later, is a tribute to the artist who evolved into one of the most prominent conceptual artists in the world. He died in May 2017.”