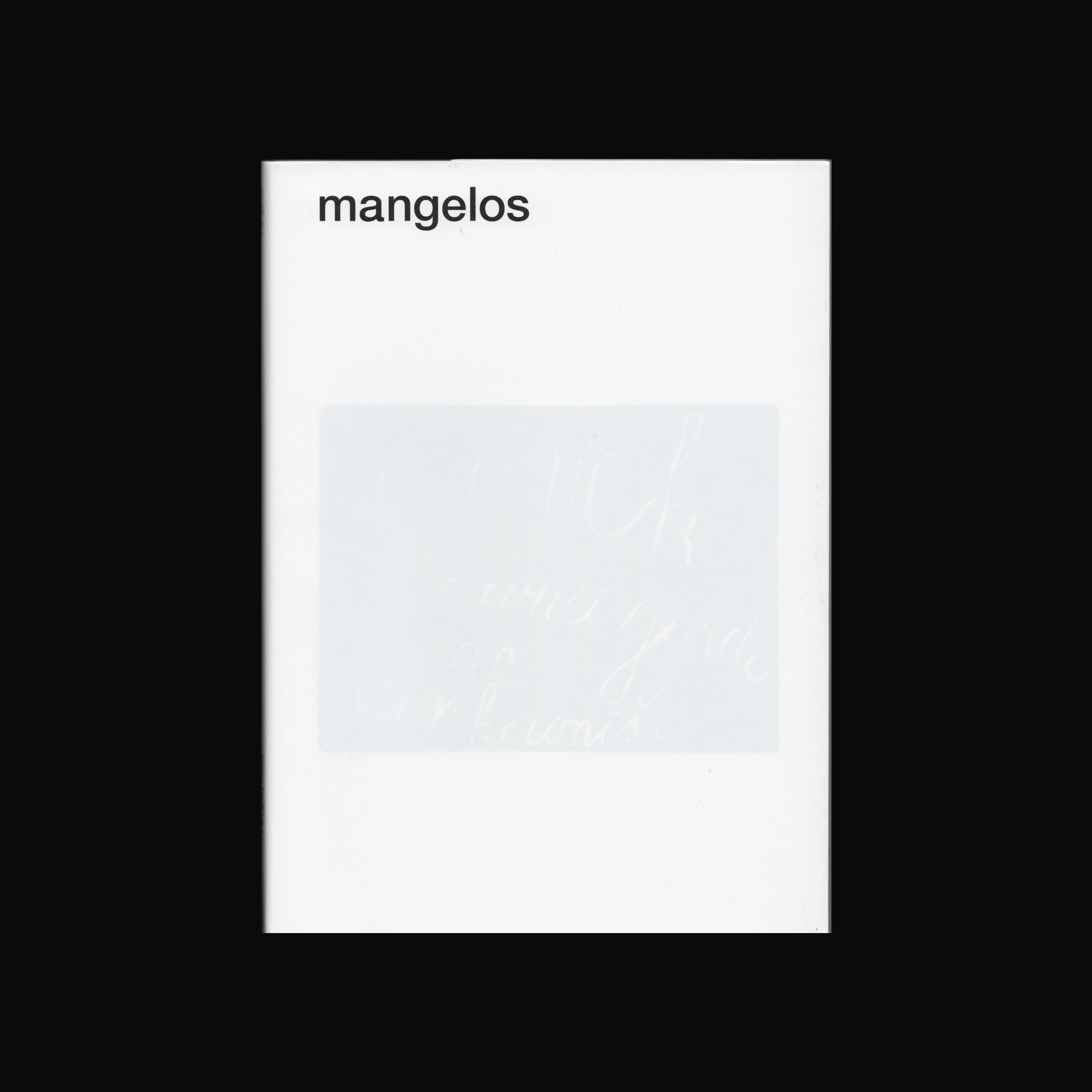 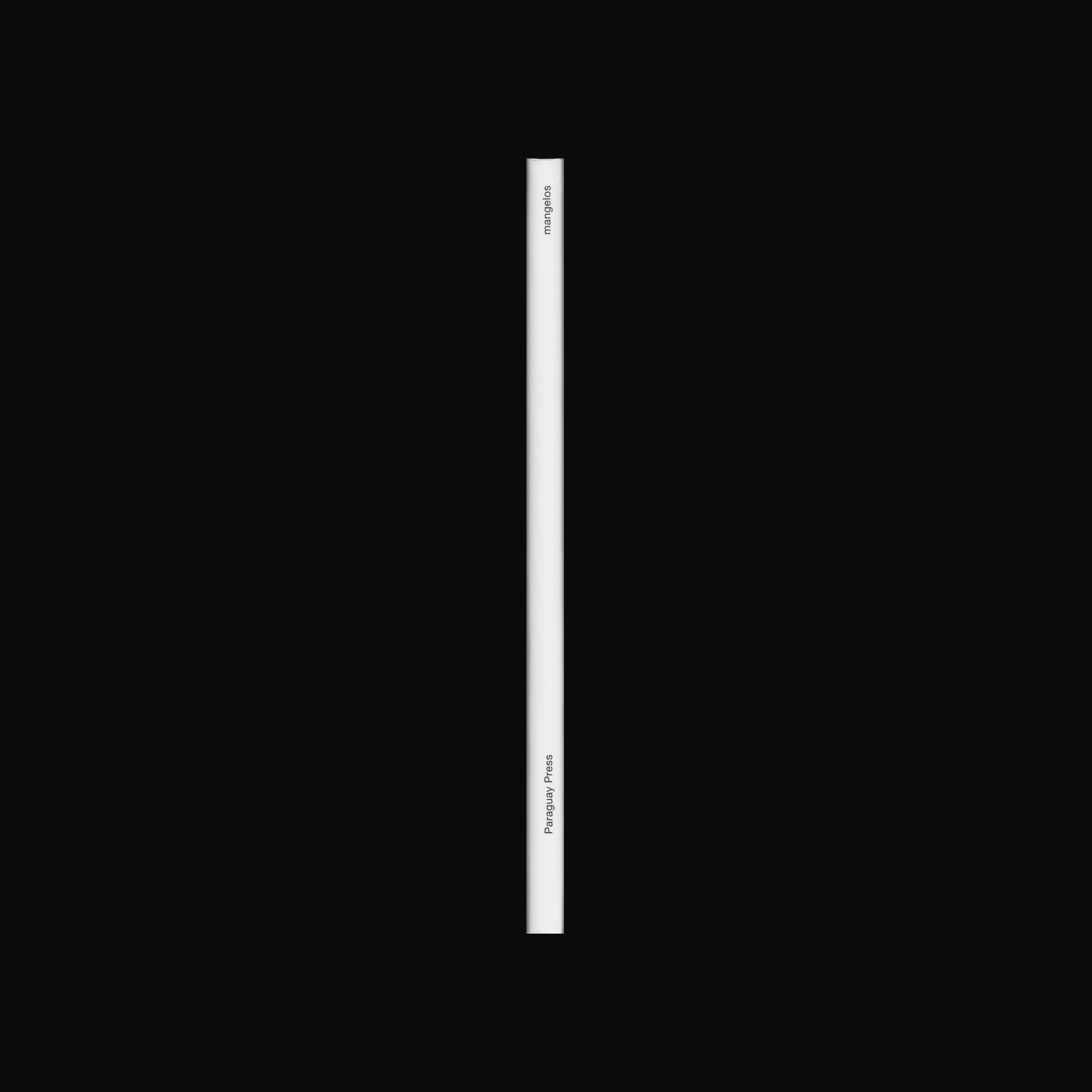 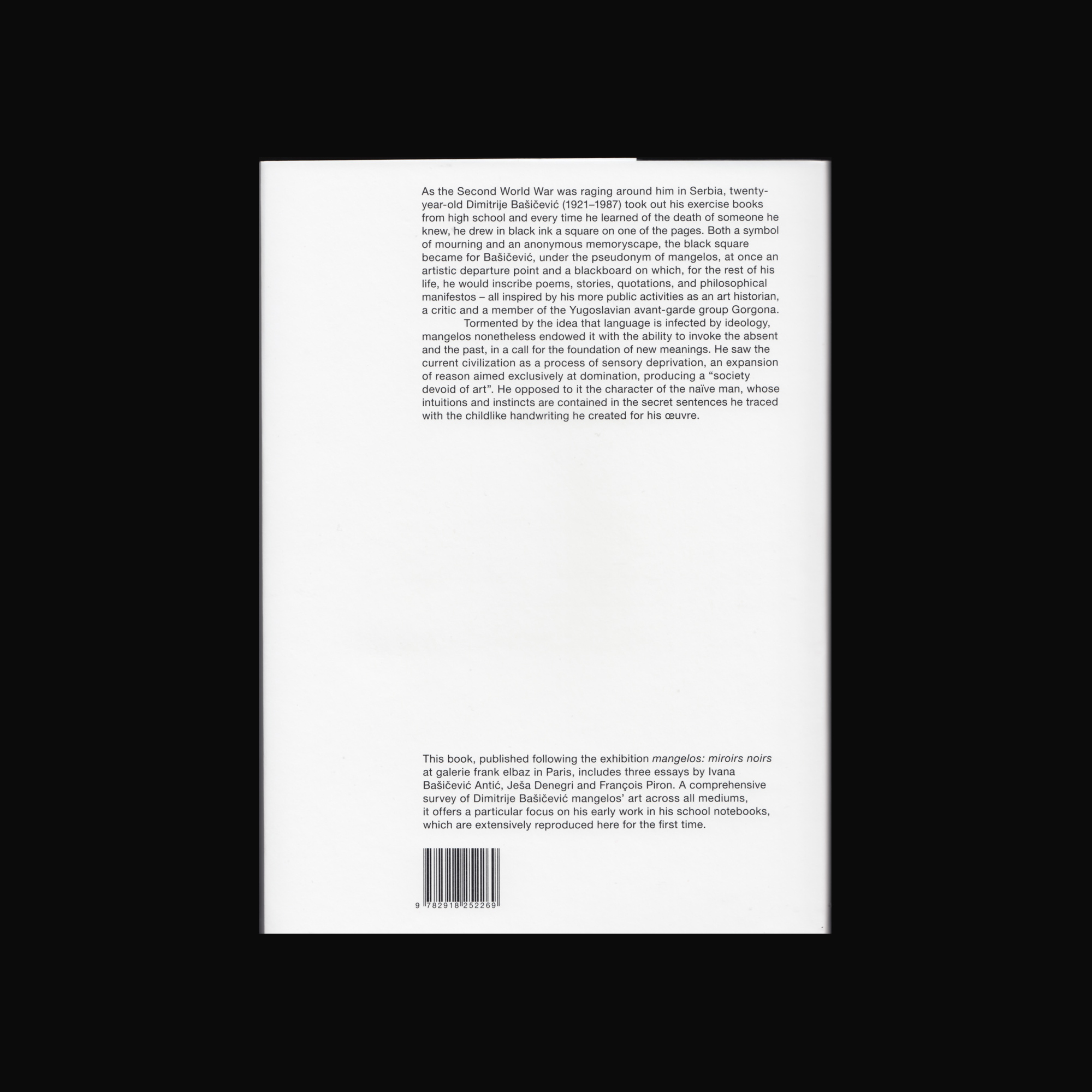 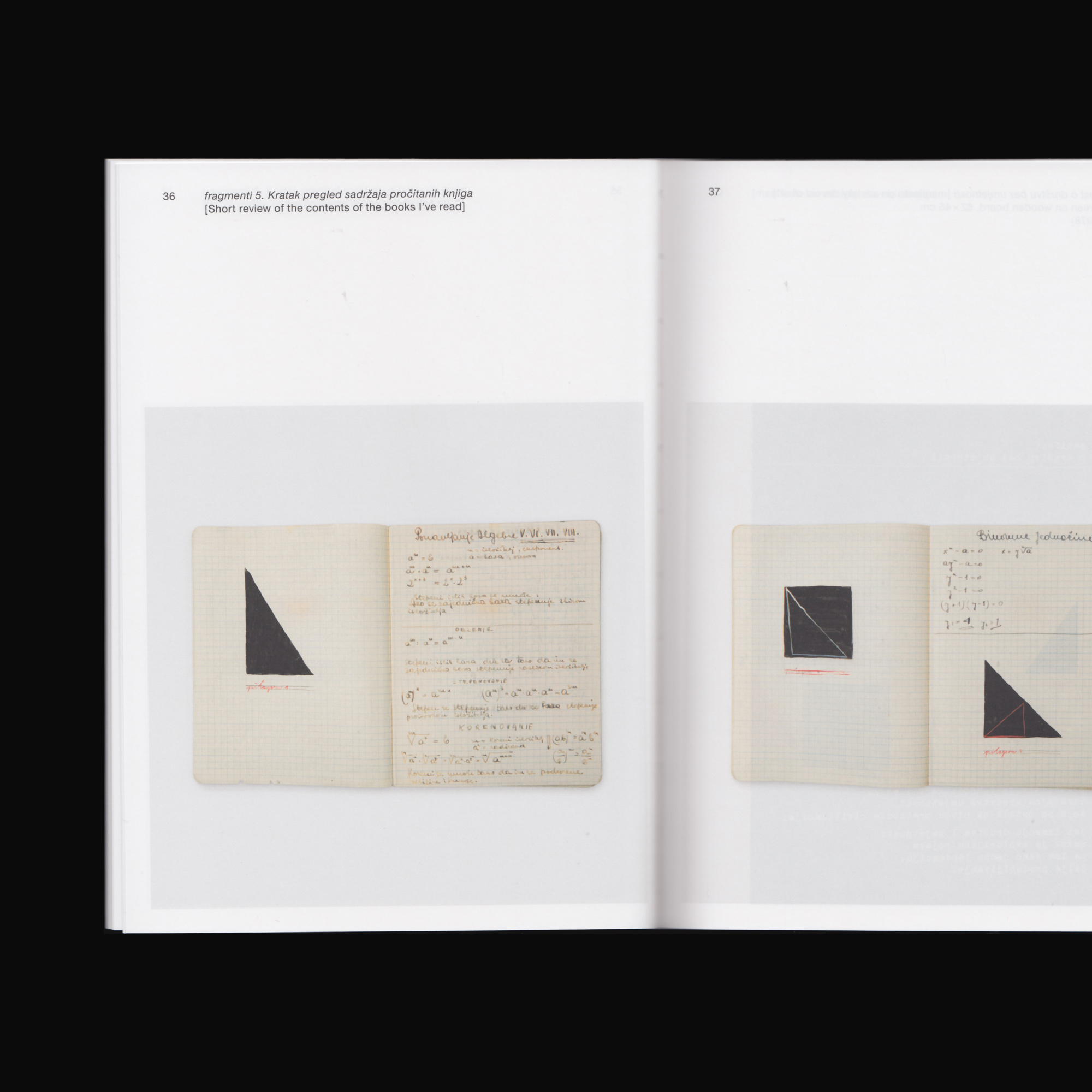 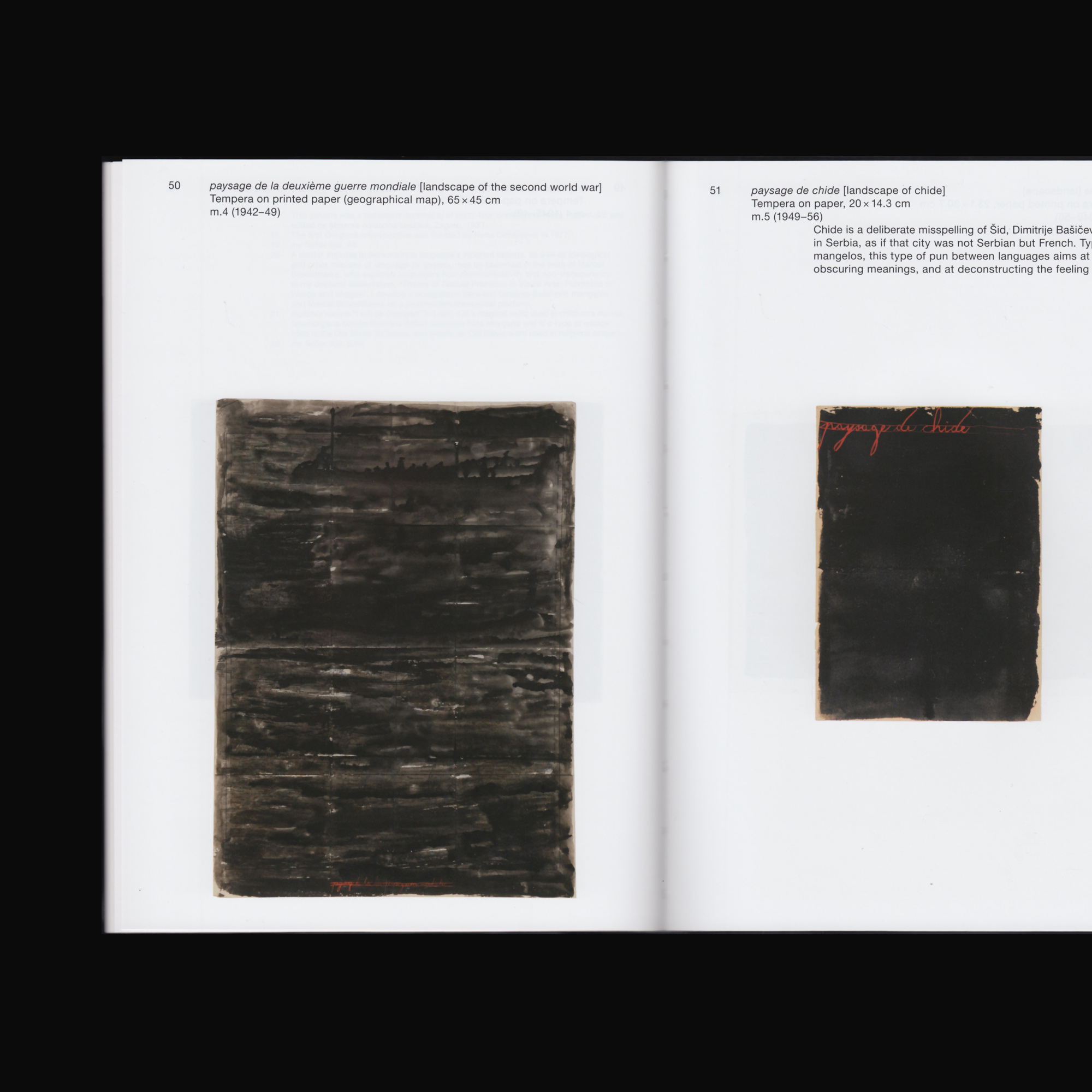 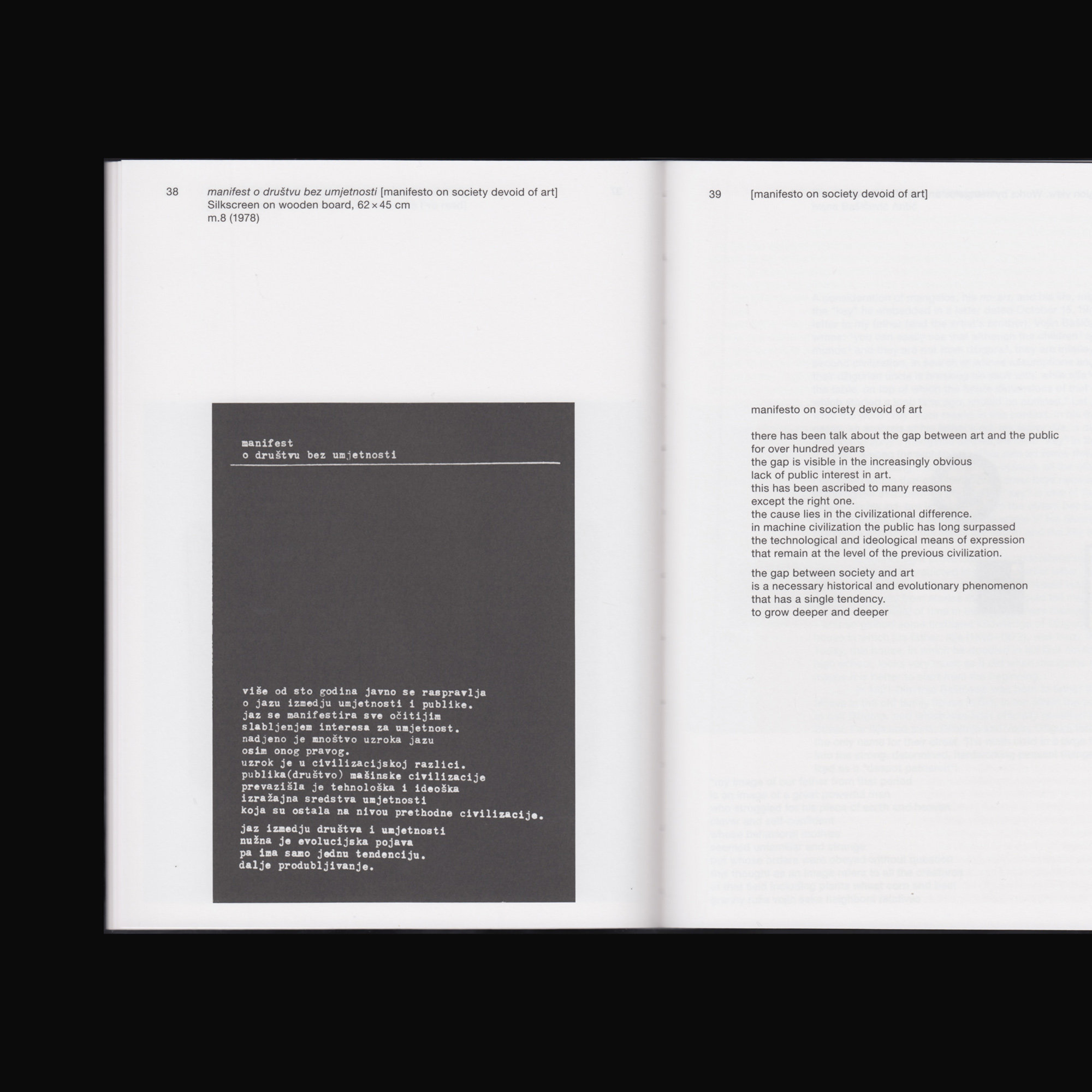 Acknowledged today as one of the most influential figures of post-war Yugoslavian art, mangelos is the pseudonym that the Yugoslavian art critic and historian Dimitrije Bašičević (1921–1987) used for his artistic activity, a parallel career he would only make public in the 1970s. Although he never considered himself an artist, he never stopped producing paintings, blackboards on which he inscribed poems, stories, quotations and philosophical manifestos, all inspired by his historical pessimism and the idea that language is infected by ideologies.