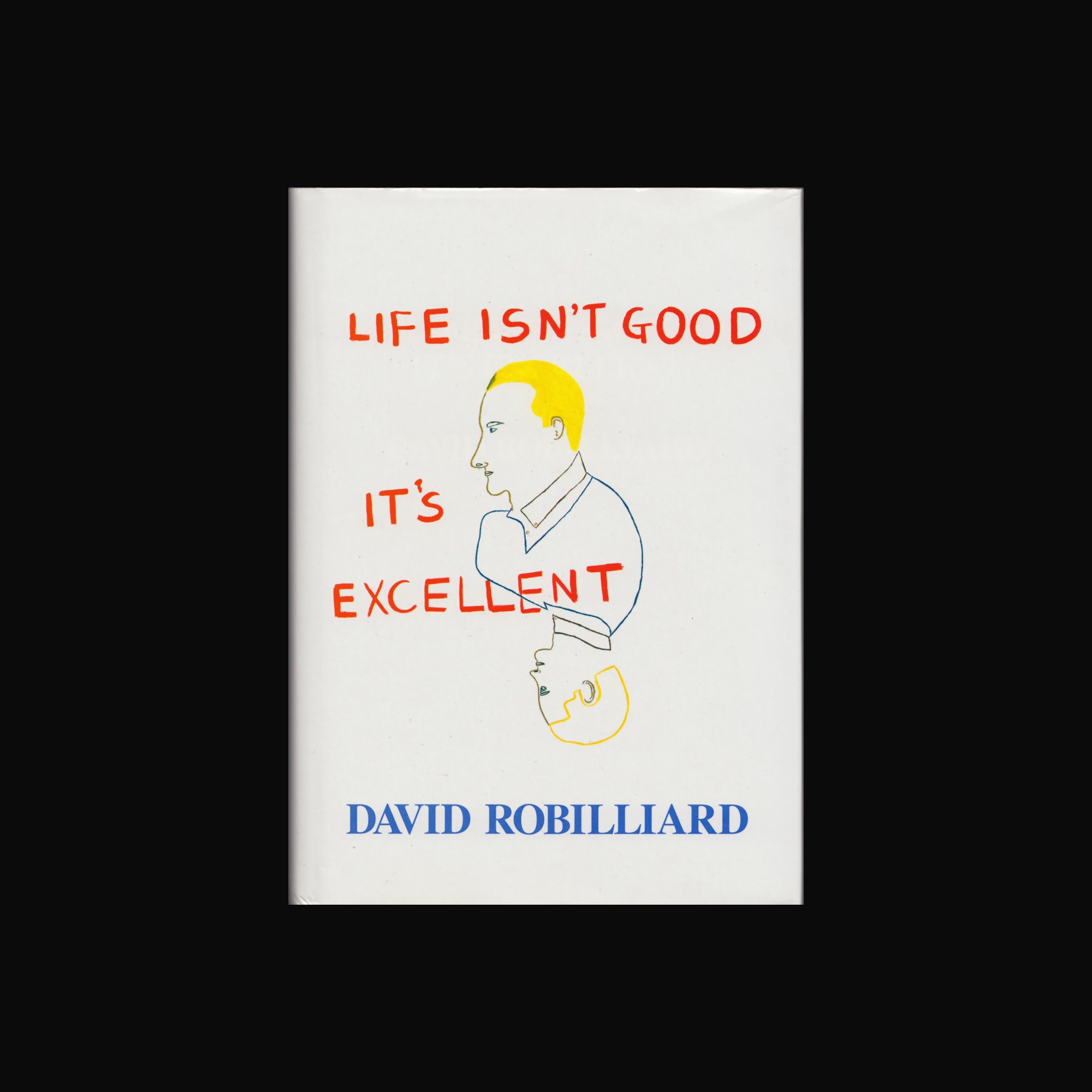 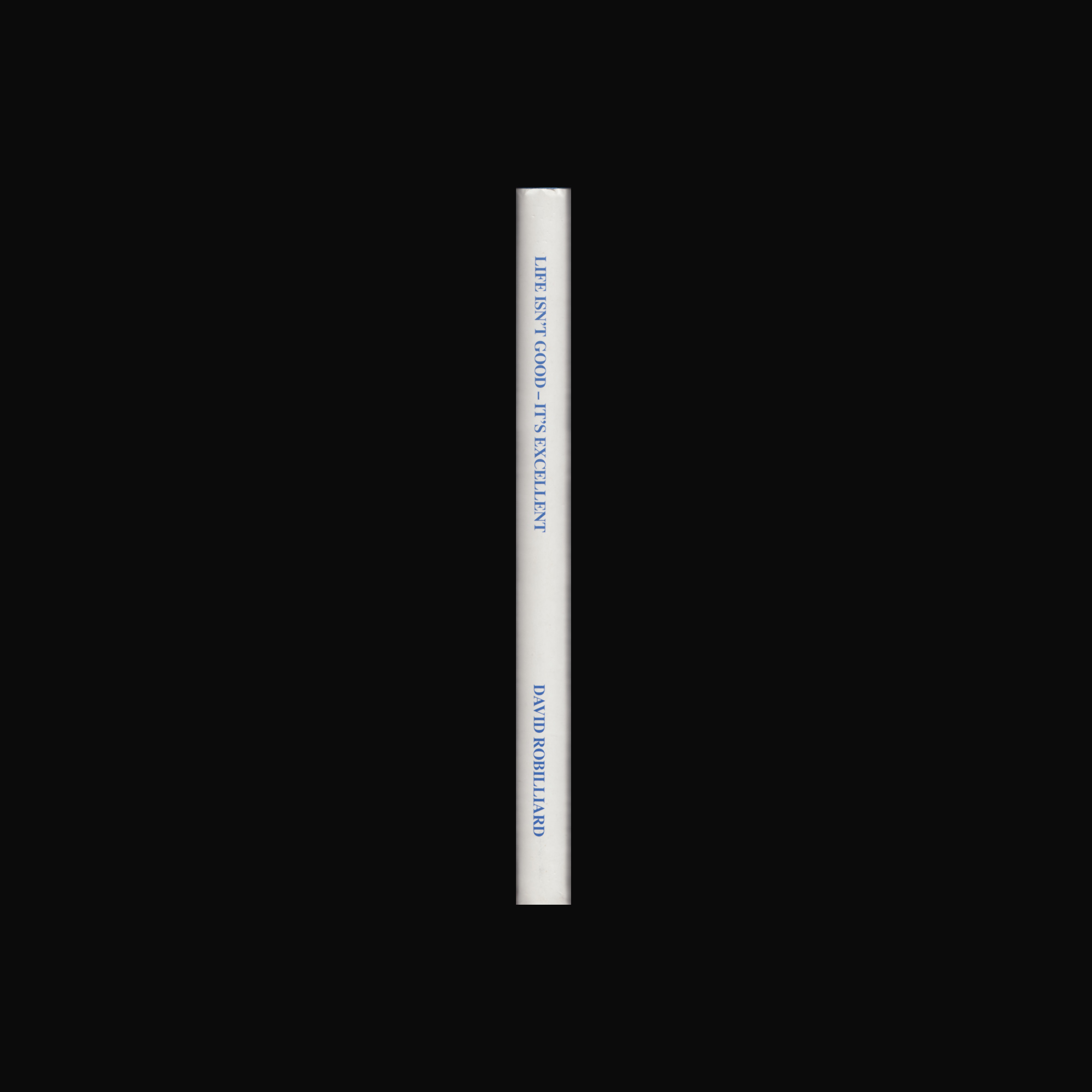 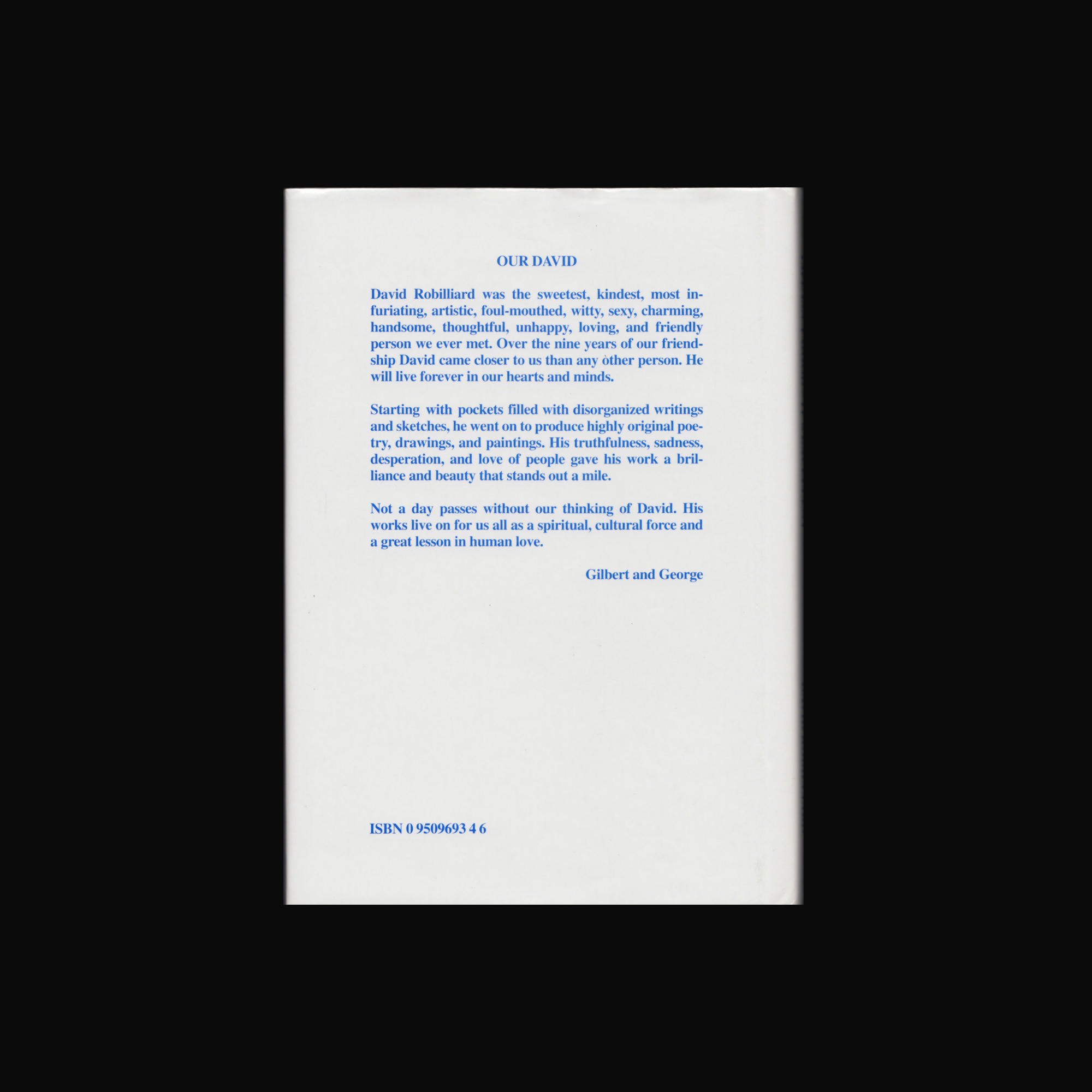 David Robilliard (b.1952, Guernsey) moved to London in the late 1970s where he established himself as a self-taught painter and poet. He began working for Gilbert & George after appearing as an ‘angry young man’ in their film ‘The World of Gilbert and George’ (1981). They actively promoted him as their favourite artist and in 1984 published ‘Inevitable’, his first volume of poetry. Three years later, in 1987, Robilliard was diagnosed as HIV positive and in 1988 he died at the age of 36. In his short life he produced a modest but important body of work now held in significant public collections including the Museum of Modern Art, New York; Stedelijk Museum, Amsterdam; Tate Modern, London and the Van Abbemuseum, Eindhoven. His work is direct both in content and form, comical and yet ultimately deeply romantic. (from Rob Tufnell David Robilliard Disorganised Writings and Sketches)