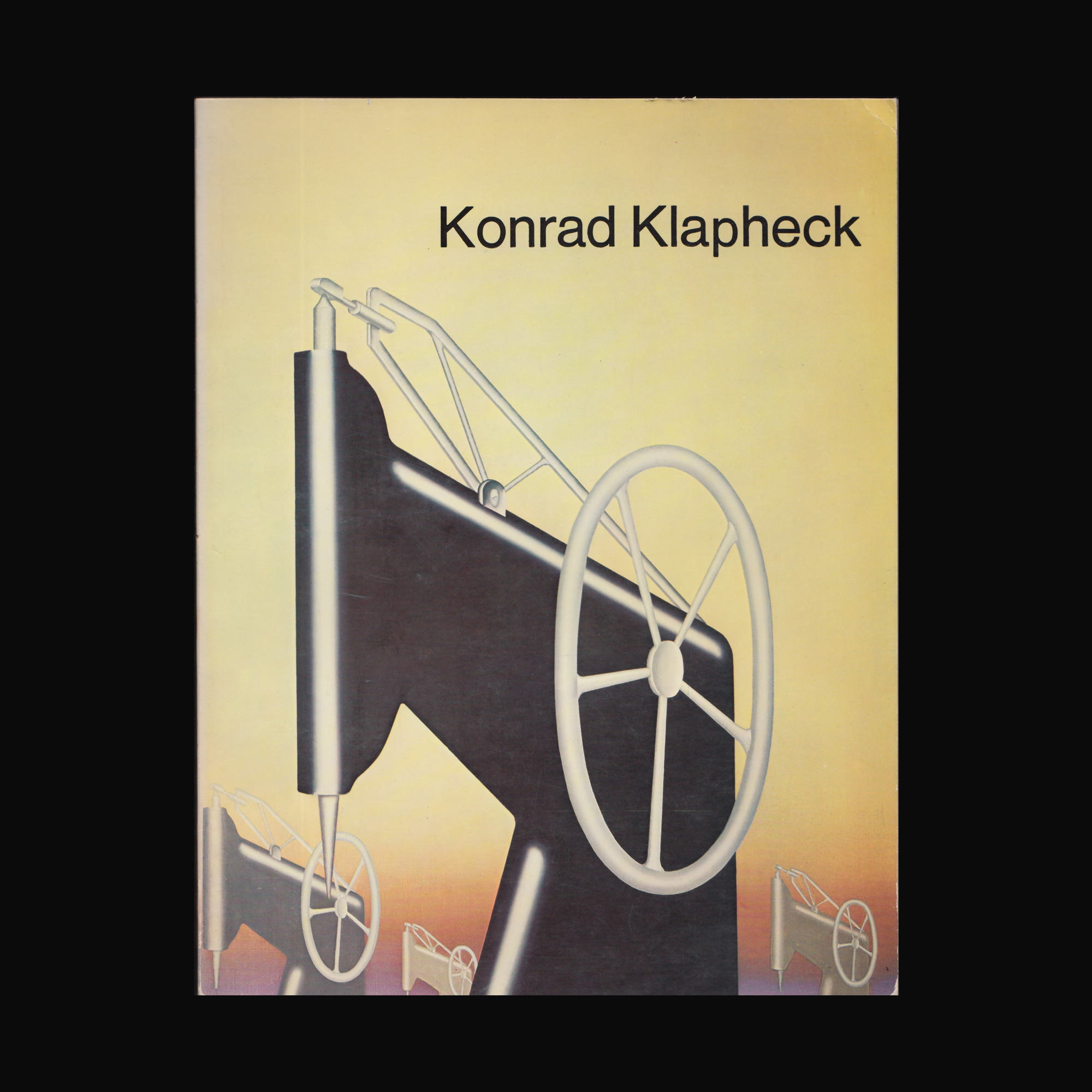 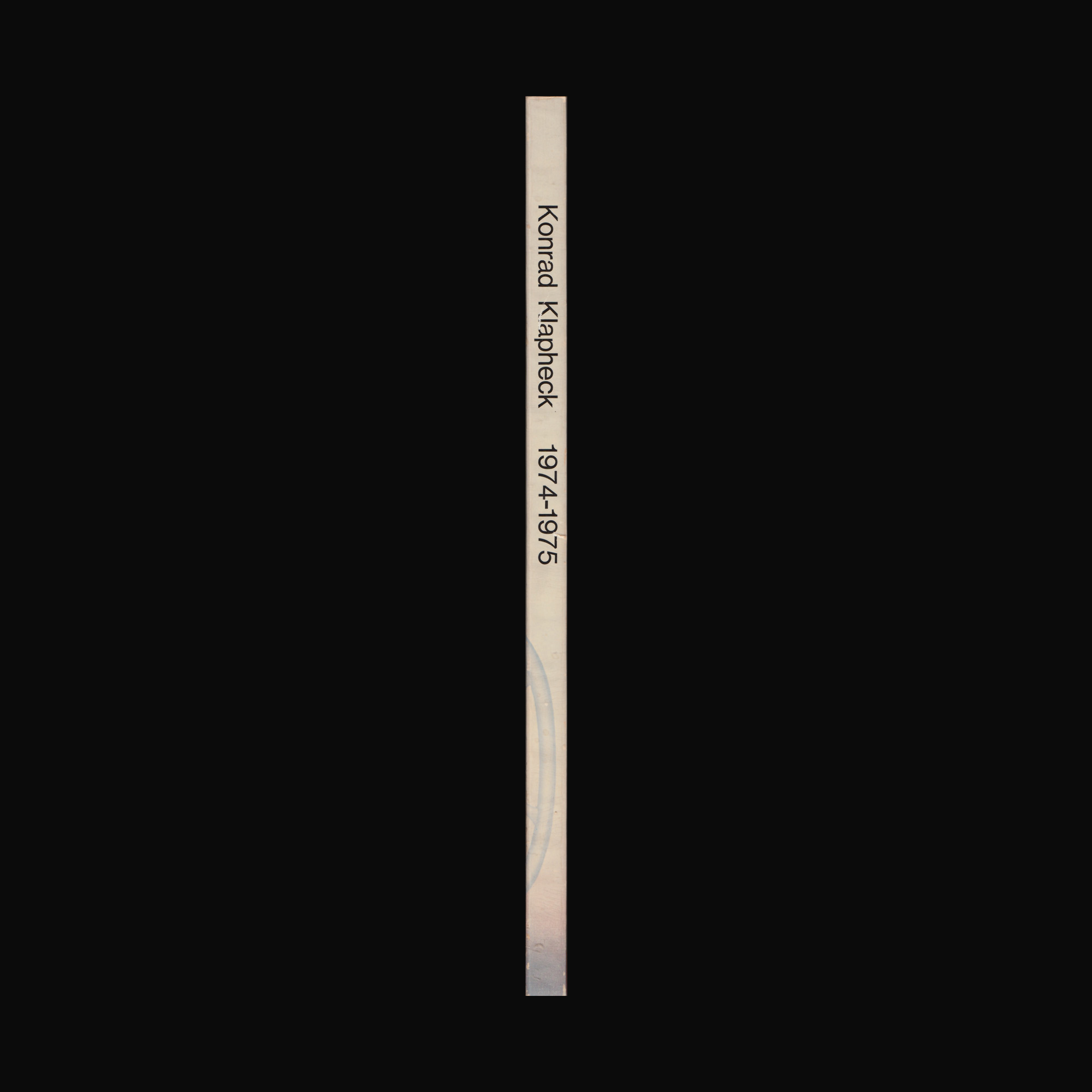 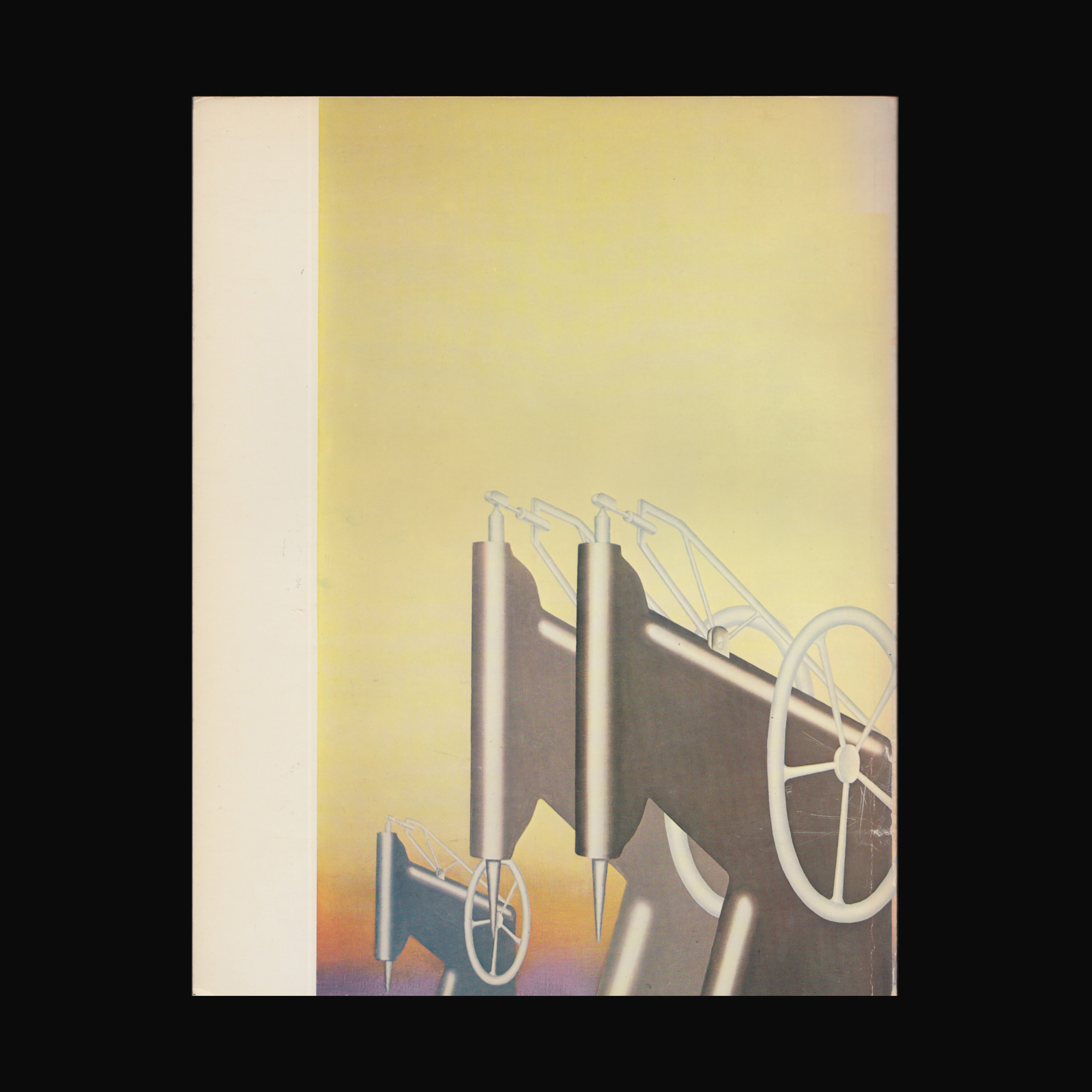 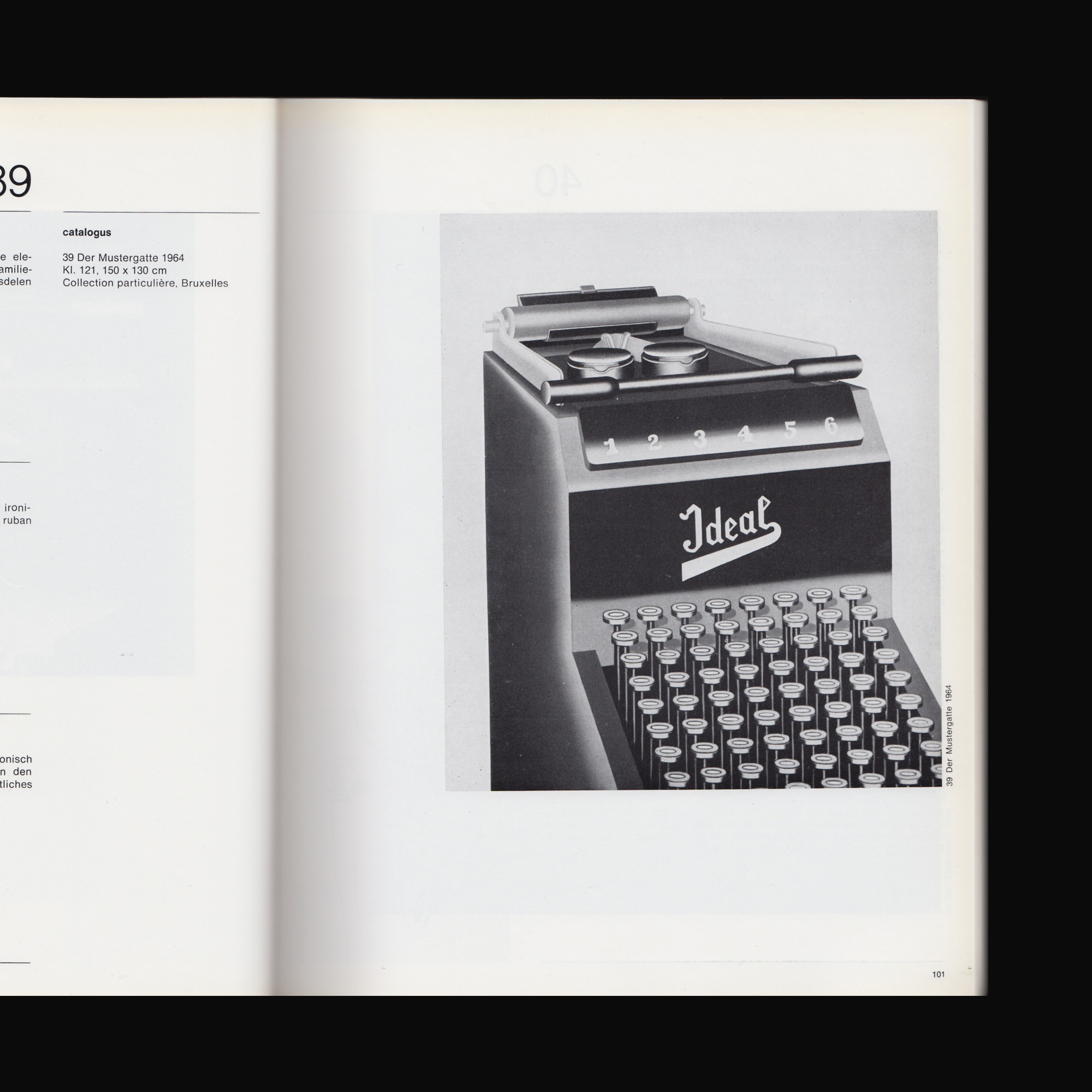 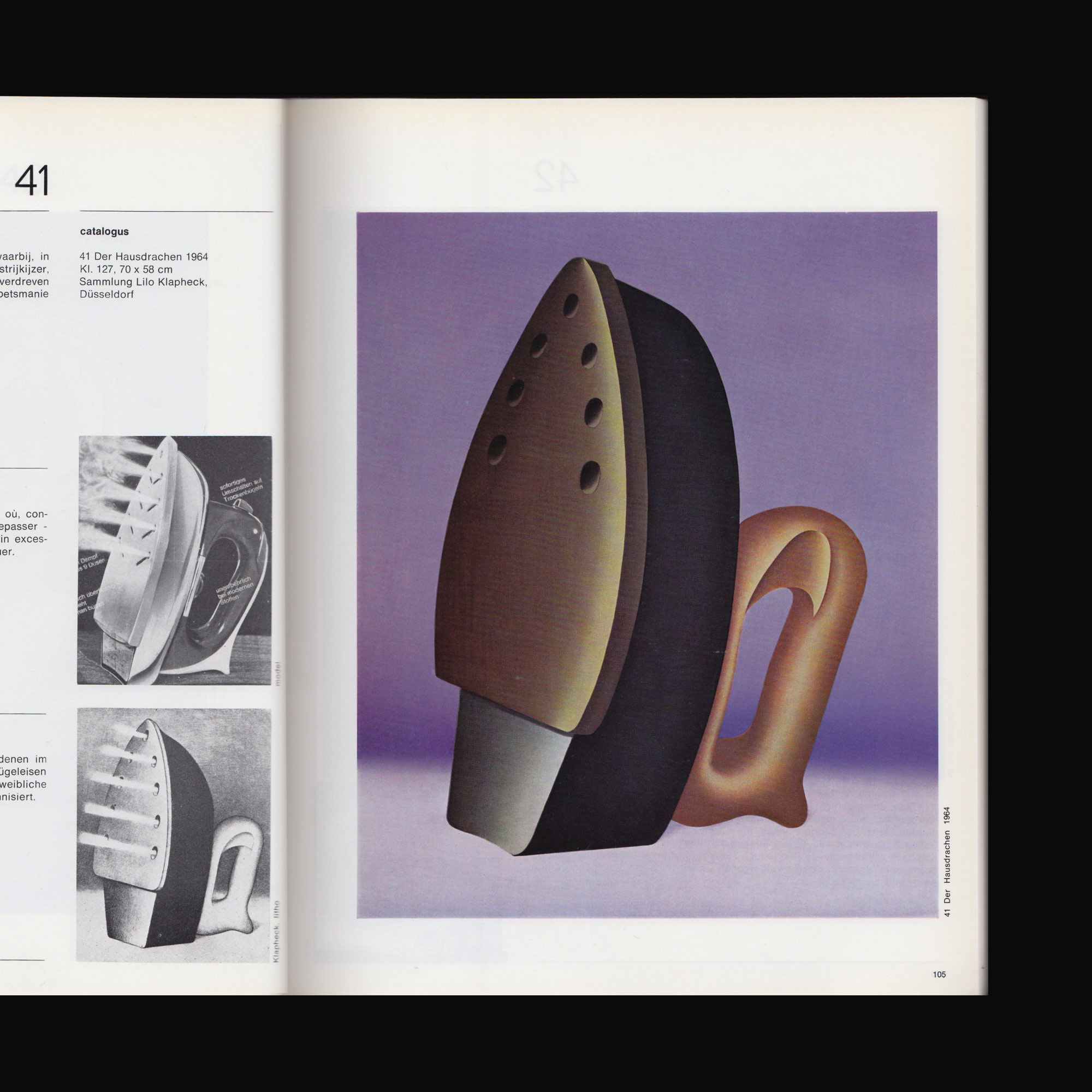 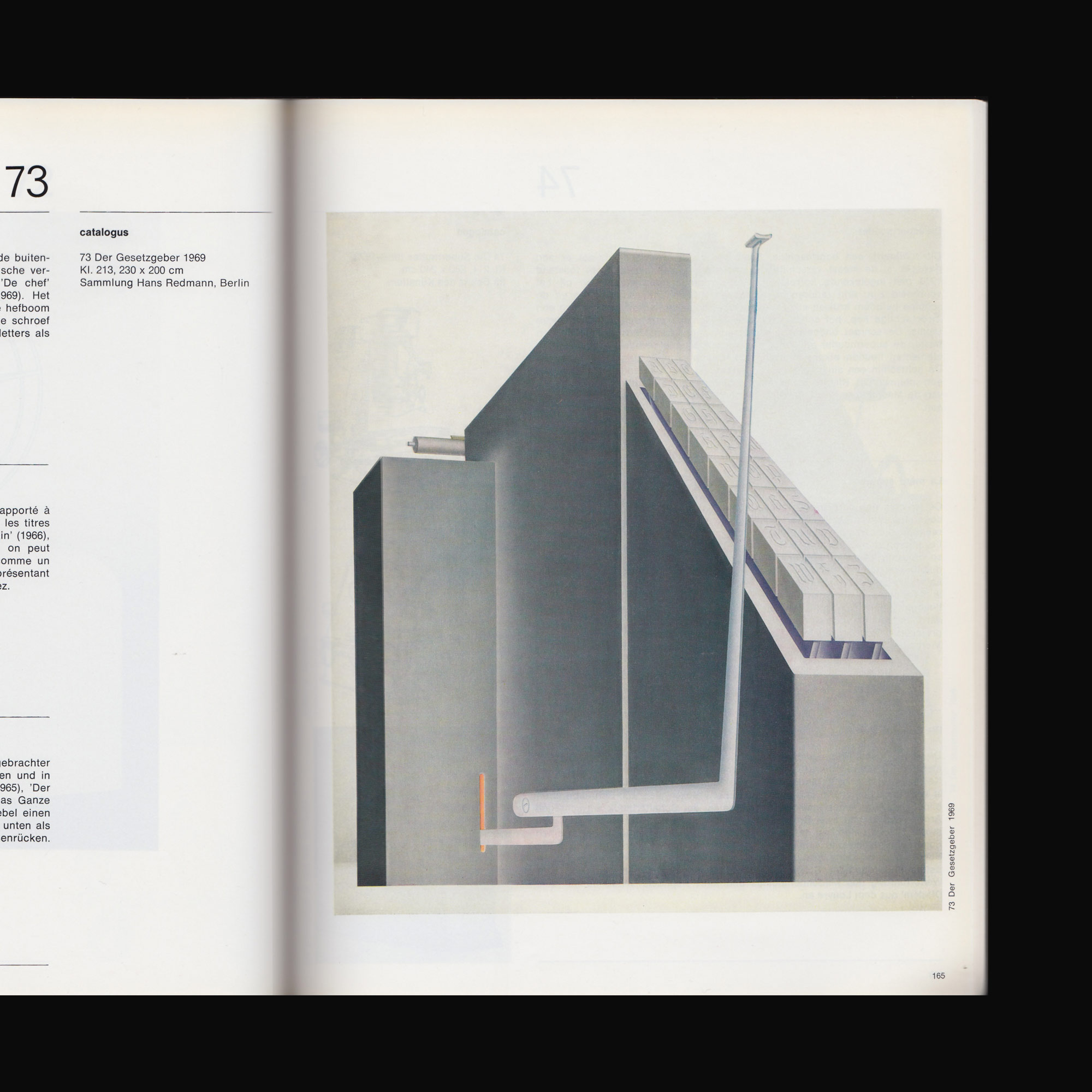 Produced on the occasion of Konrad Klapheck’s 1974 exhibition at the Museum Boijmans Van Beuningen, Rotterdam. Klapheck, who was just 10 when World War II ended, saw in the destroyed cities and ruined buildings all around him a certain beauty or spectacle. After becoming a student at the Düsseldorf Art Academy, Klapheck turned to a different kind of subject matter, creating the first of his many “machine pictures”: the 1955 painting Typewriter. He went on to expand his repertoire to include sewing machines, faucets, telephones, irons, and even a hay-turning machine