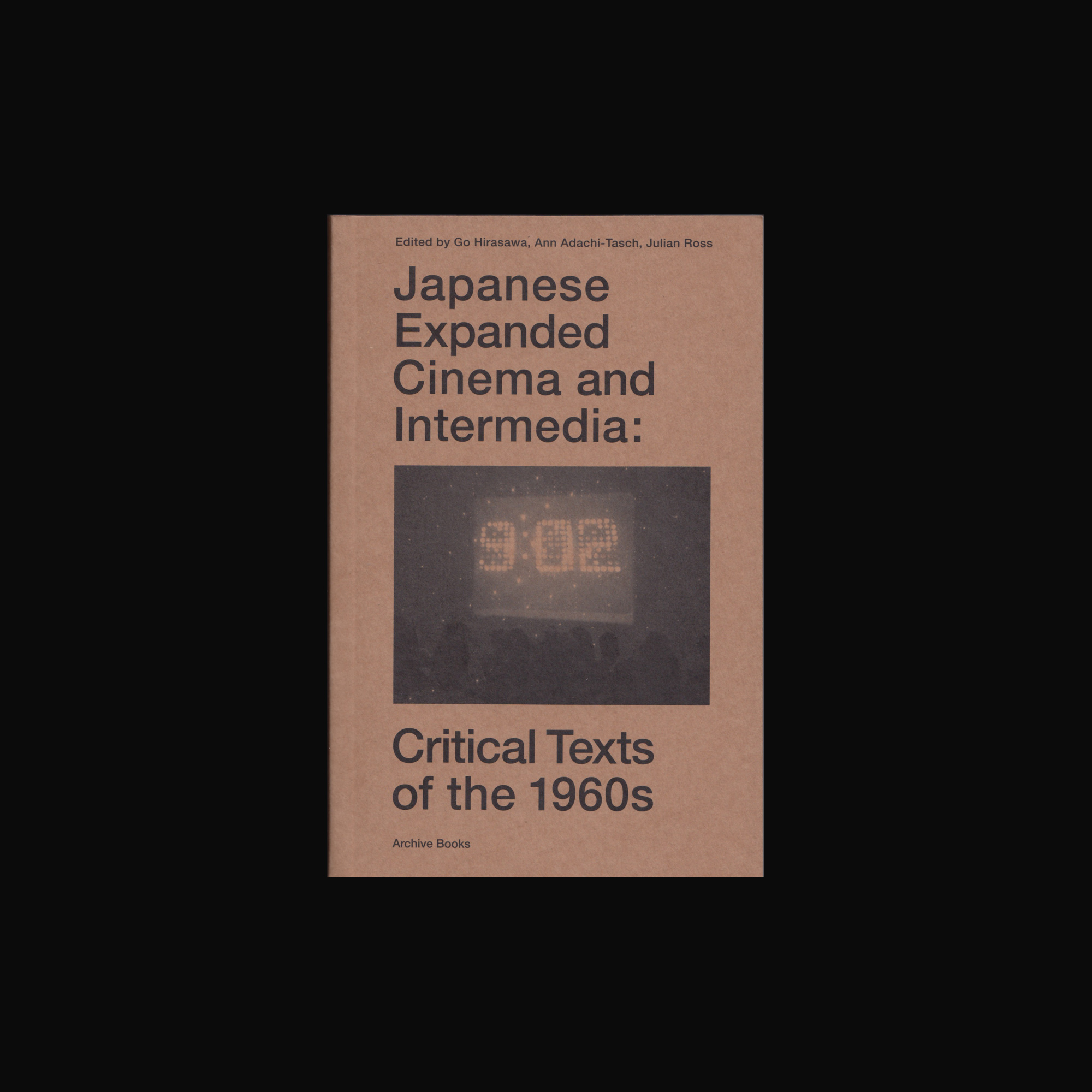 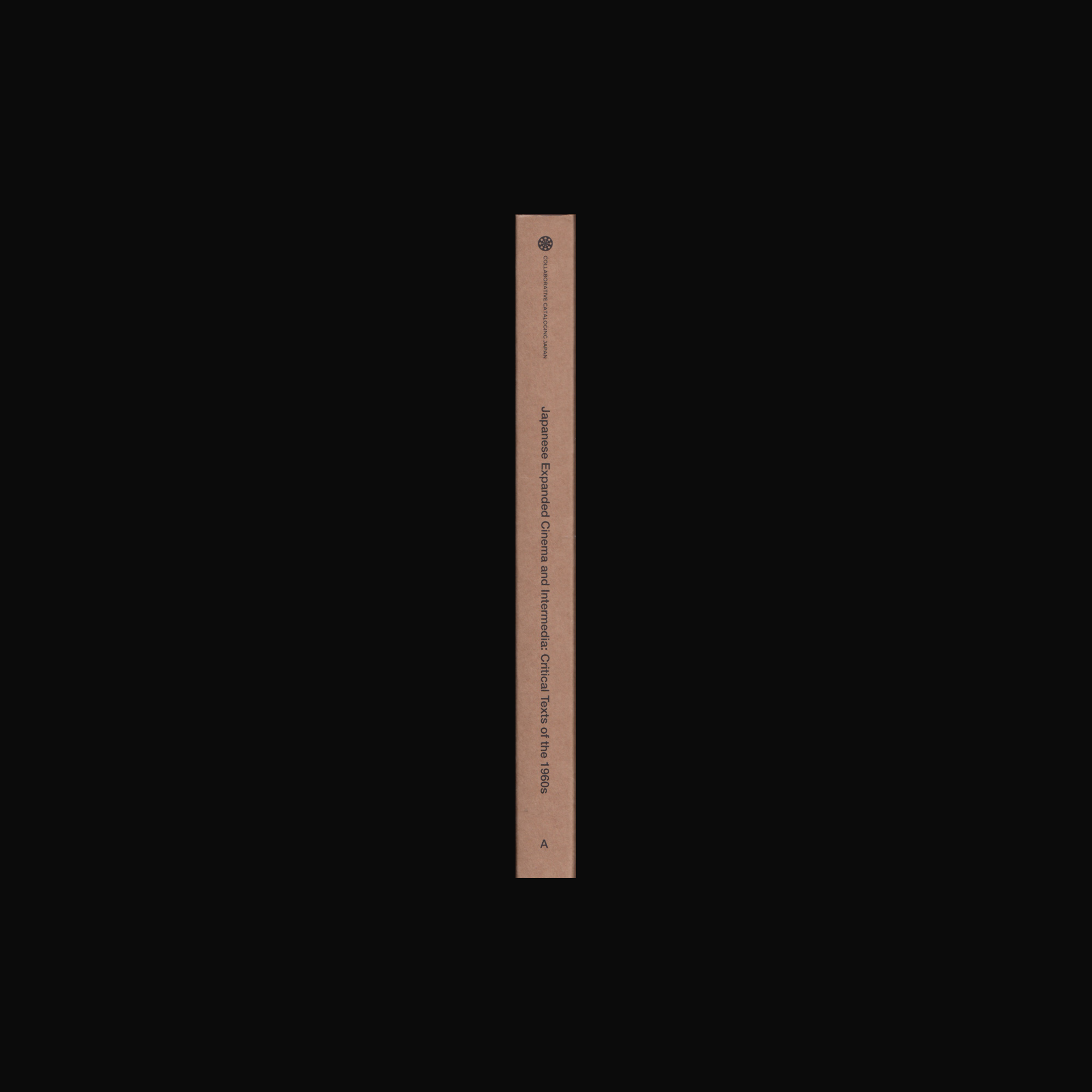 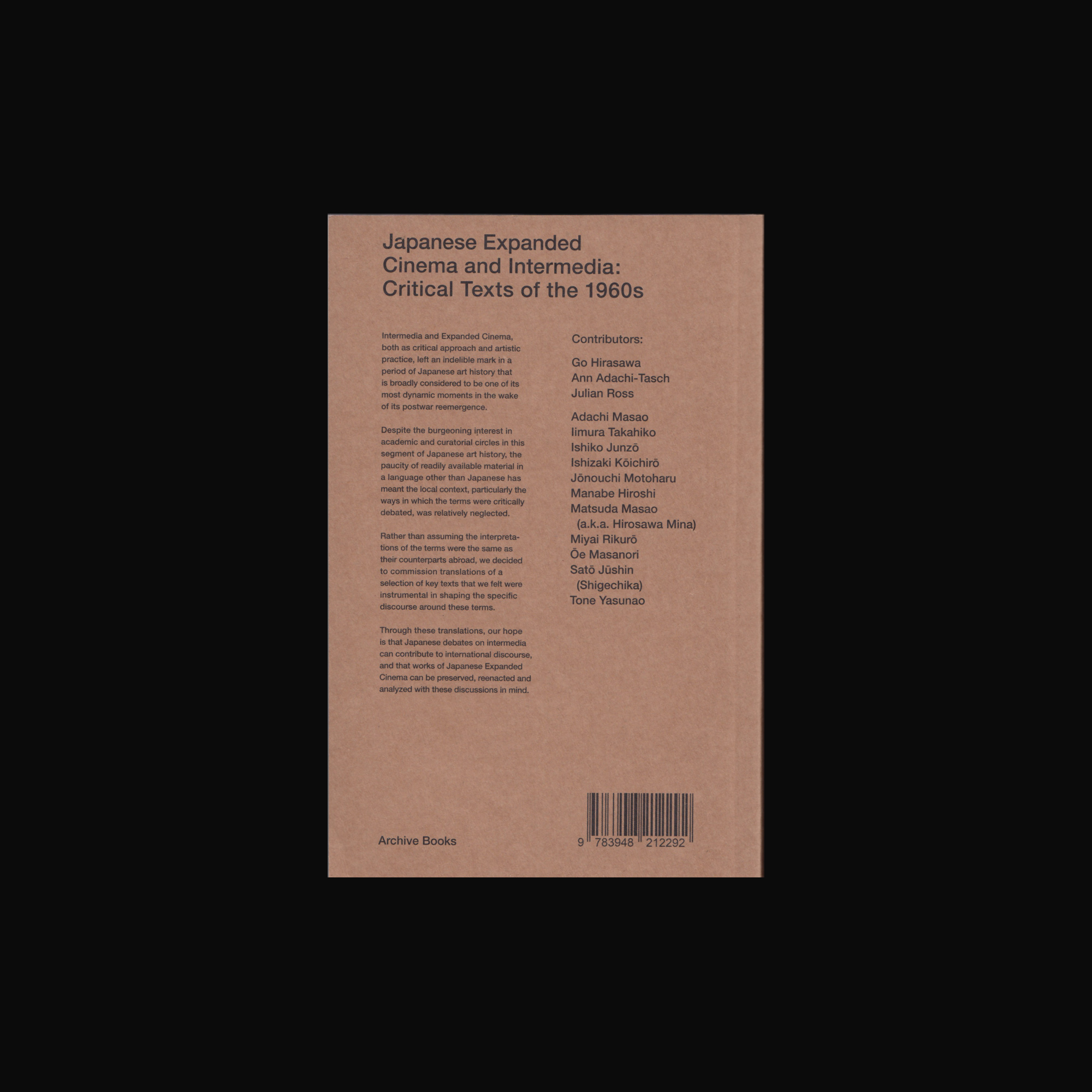 Japanese Expanded Cinema and Intermedia: Critical Texts of the 1960s

Intermedia and Expanded Cinema, both as critical approach and artistic practice, left an indelible mark in a period of Japanese art history that is broadly considered to be one of its most dynamic moments in the wake of its postwar reemergence.

Despite the burgeoning interest in academic and curatorial circles in this segment of Japanese art history, the paucity of readily available material in a language other that Japanese has meant the local context, particularly the ways in which the terms were critically debated, was relatively neglected.

Rather than assuming the interpretations of the terms were the same as their counterparts abroad, translations of a selection of key texts that were instrumental in shaping the specific discourse around these terms have been commissioned.