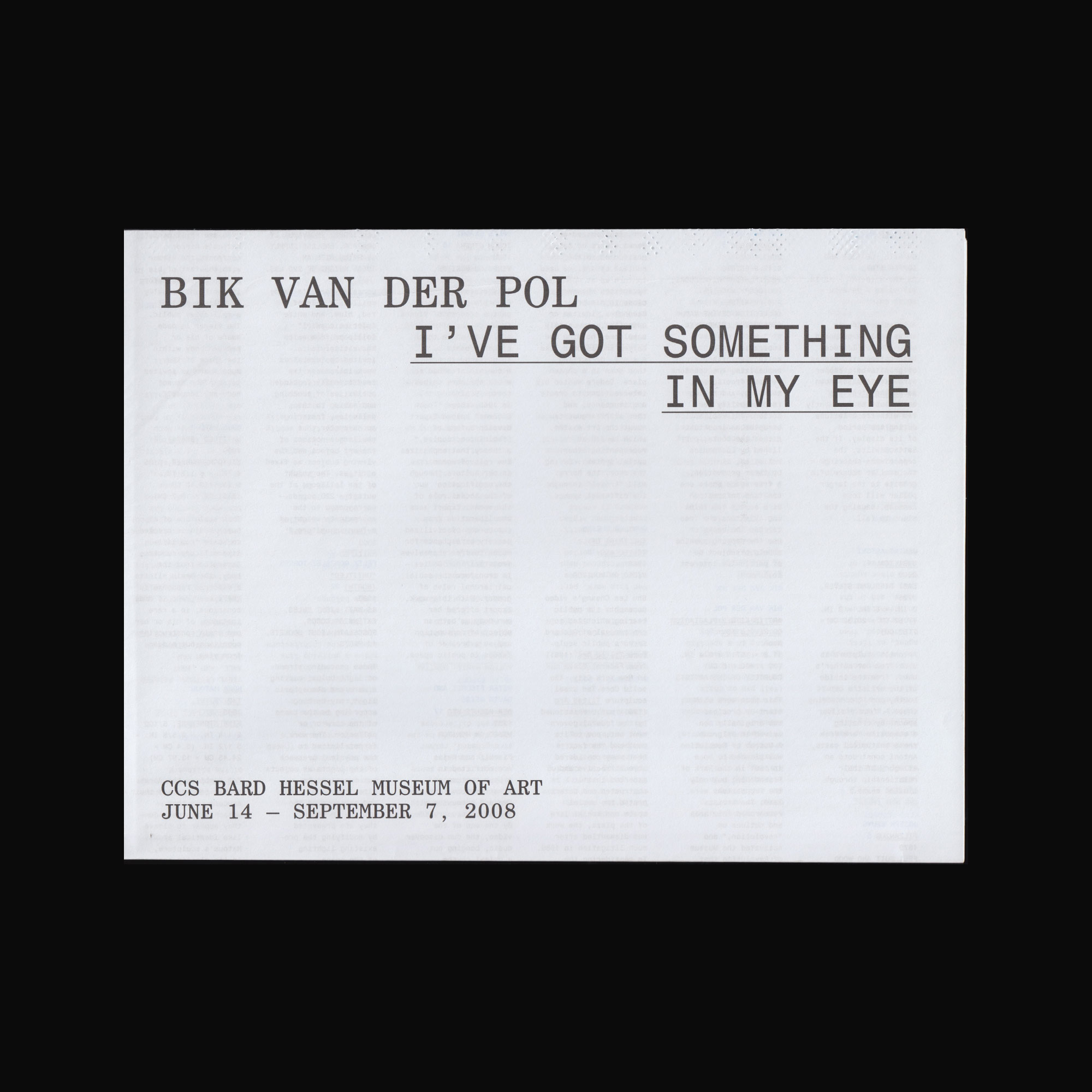 I’ve Got Something In My Eye Bik van der Pol

Pamphlet produced on the occasion of Bik van der Pol’s exhibition I’ve Got Something In My Eye at CCS Bard Hessel Museum of Art. For this project, Bik Van der Pol brought together works from the Marieluise Hessel Collection, selections from the collection of the Van Abbemuseum in Eindhoven, their own works, and ephemera from the CCS Bard archive. Following Henri Bergson’s idea that perception is a function of time, the artists allowed themselves to look at how works potentially are surrounded by different sources of knowledge and how they sometimes grow from and are feed back into these connections. Objects, once acquired for specific reasons, are in a constant flux of changing meaning, both in the context and dynamics of a collection (which means continuously in the company other concepts and perceptions), as well as in time.