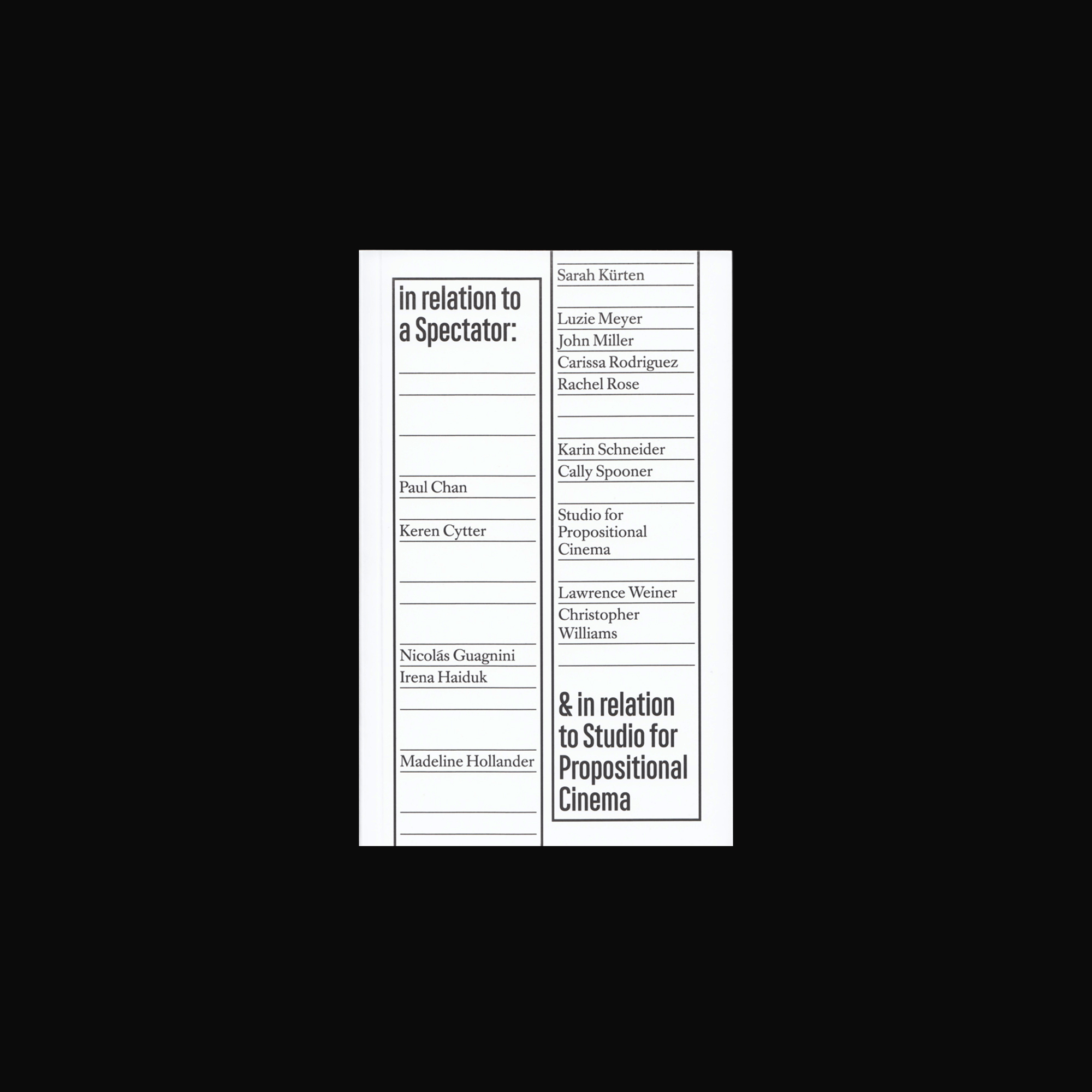 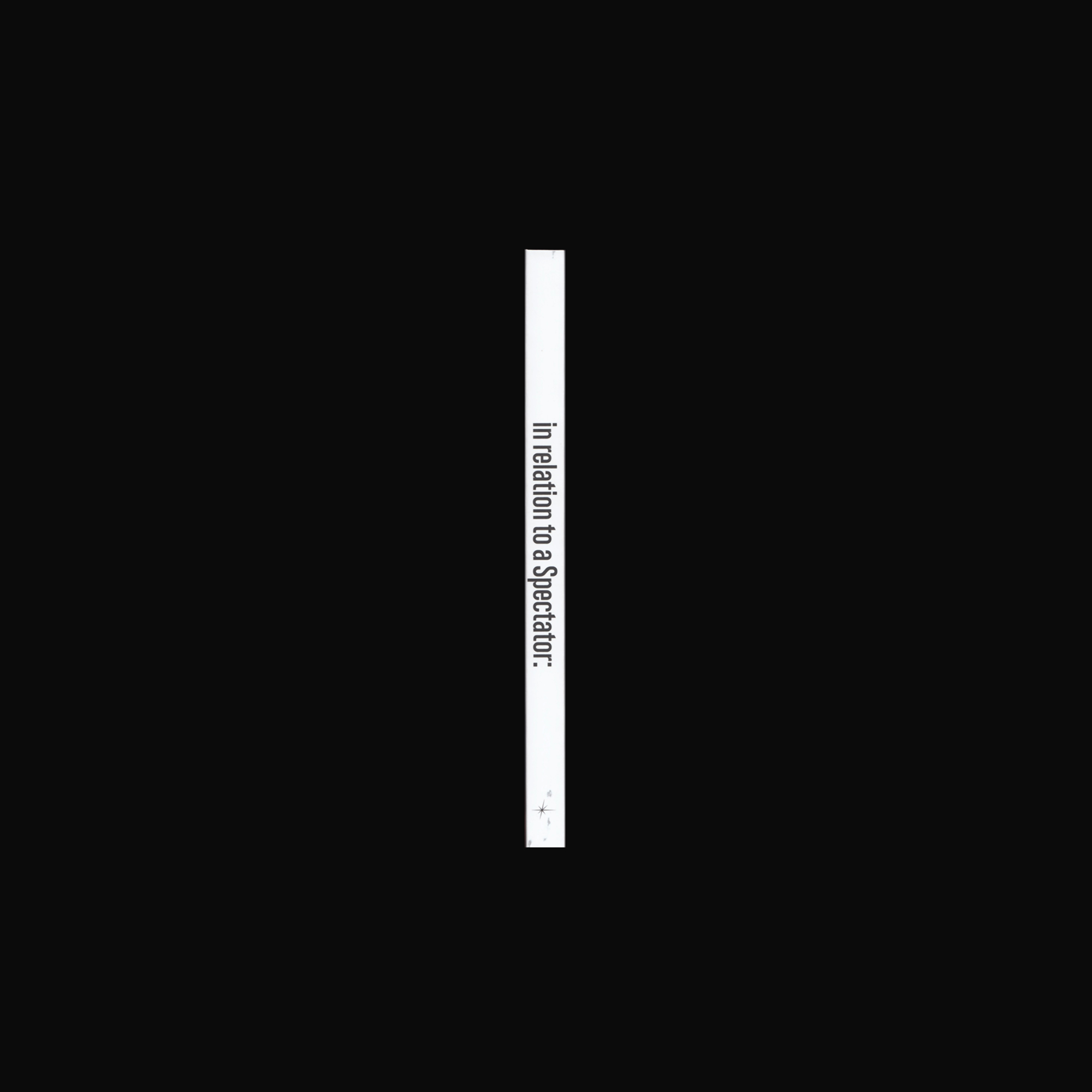 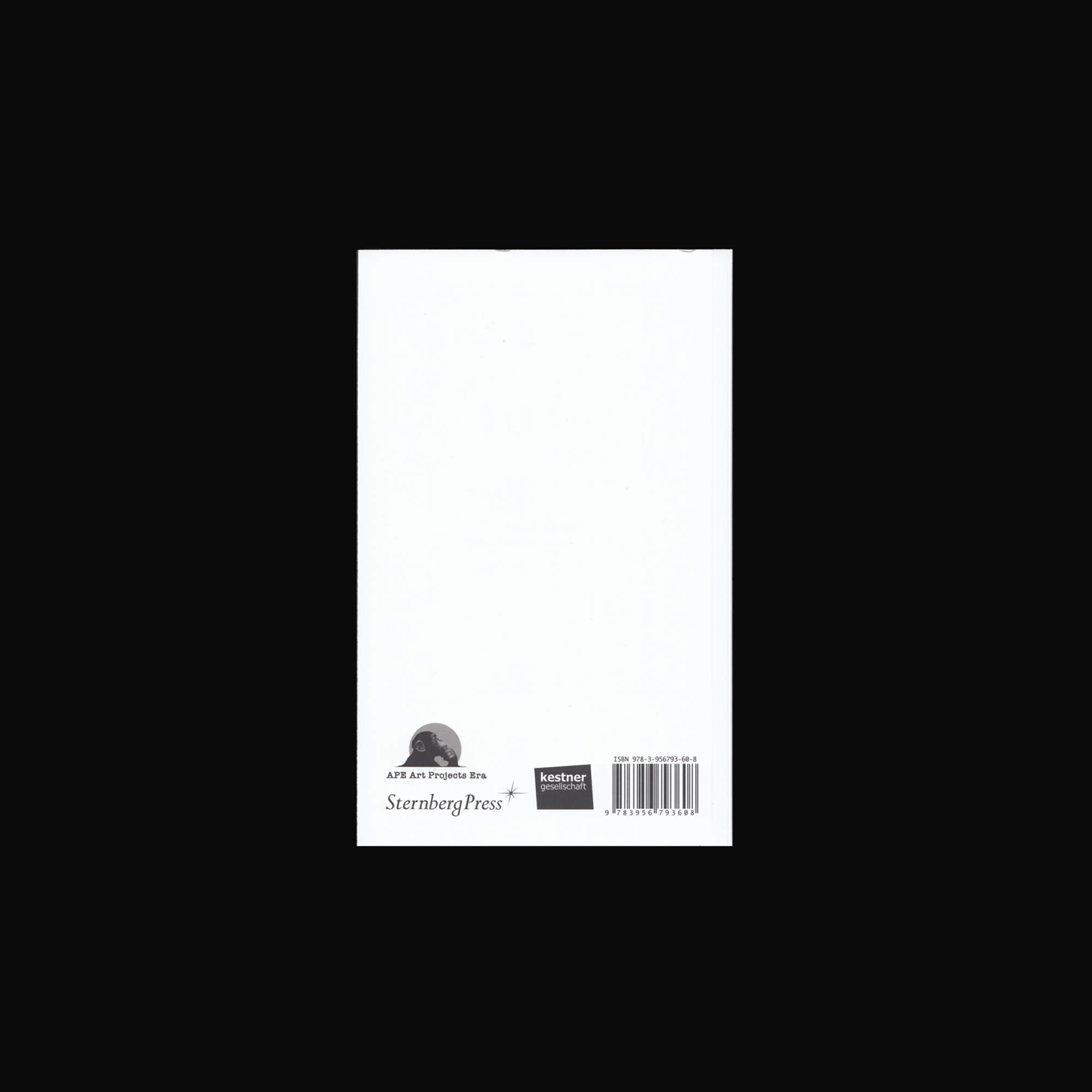 in relation to a Spectator: Studio for Propositional Cinema

A compendium of essays, scripts, poems, and proposals by various artists, in relation to a Spectator: was compiled by Studio for Propositional Cinema for their eponymous exhibition at the Kestner Gesellschaft in Hannover. In the opening text, Studio for Propositional Cinema—an artist collective founded in Düsseldorf in 2013—sets the context for the book’s investigations into notions of the script, staging, and the conditions of the exhibition itself. Other contributions include Keren Cytter’s rules and declarations for engaging life; Irena Haiduk and John Miller’s ruminations on the nature of the image and of the cinematic, respectively; a series of missives to Kevin Spacey from Cally Spooner; and an “open letter” by Christopher Williams detailing the labor and material conditions that have furnished the walls on which his exhibitions have hung.

This book is part of an ensemble of structures related to the nature of presentation in the Kestner Gesellschaft exhibition. Visually connected in their ultra-gloss white surfaces, they are meant to be seen as intertwined sites for the display of objects, the reproduction of images, the staging of performances, and the transmission language through talks and conversations. Design by Ronnie Fueglister