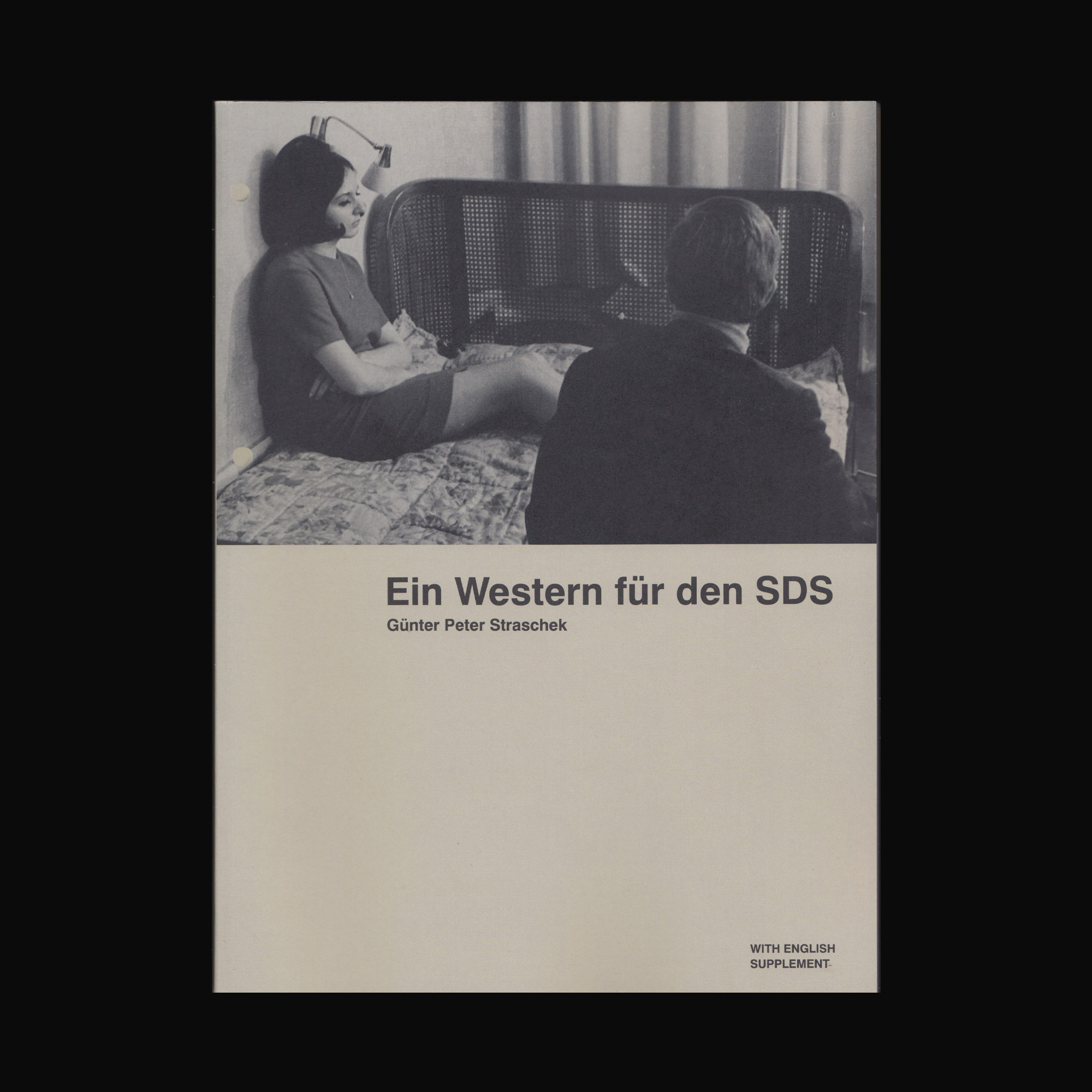 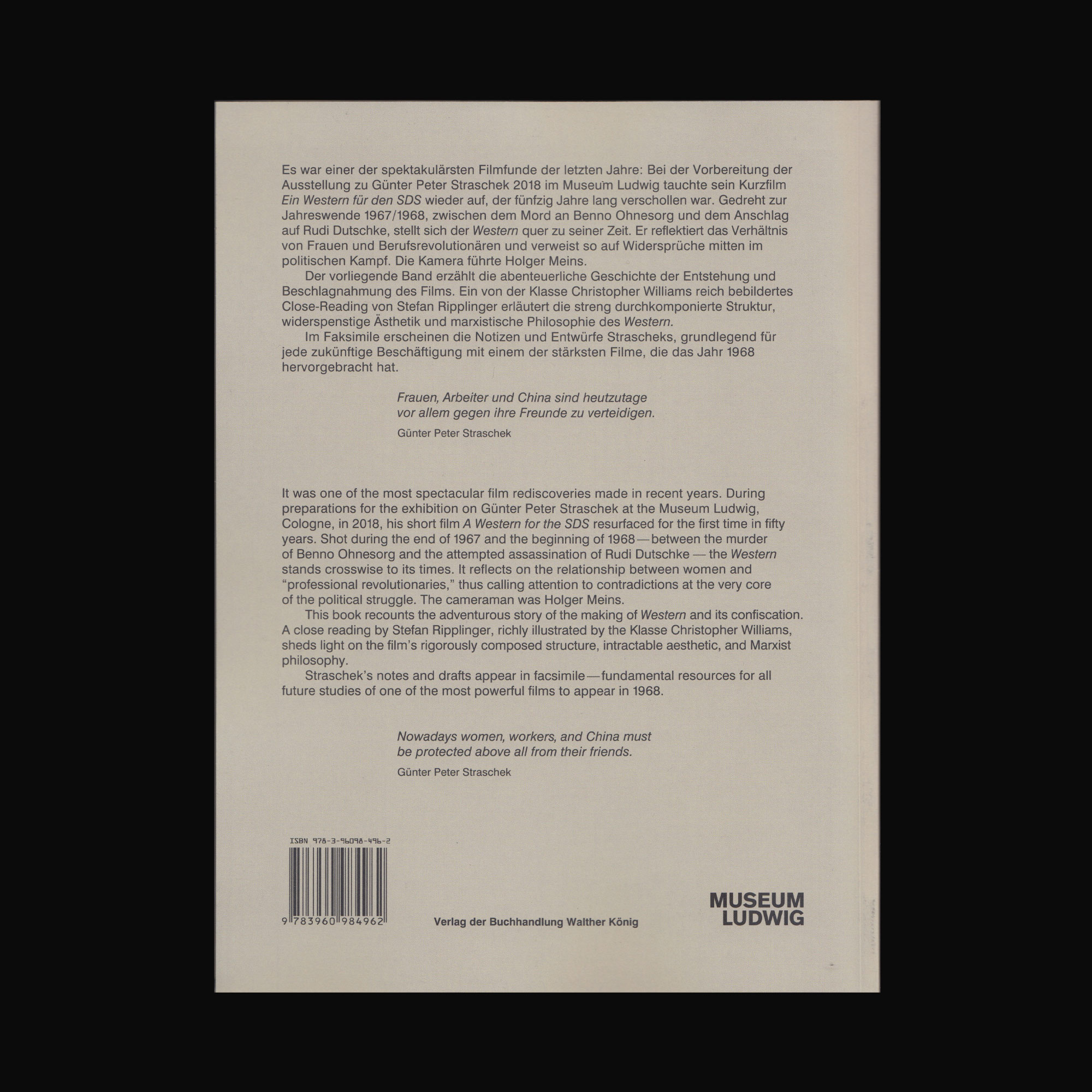 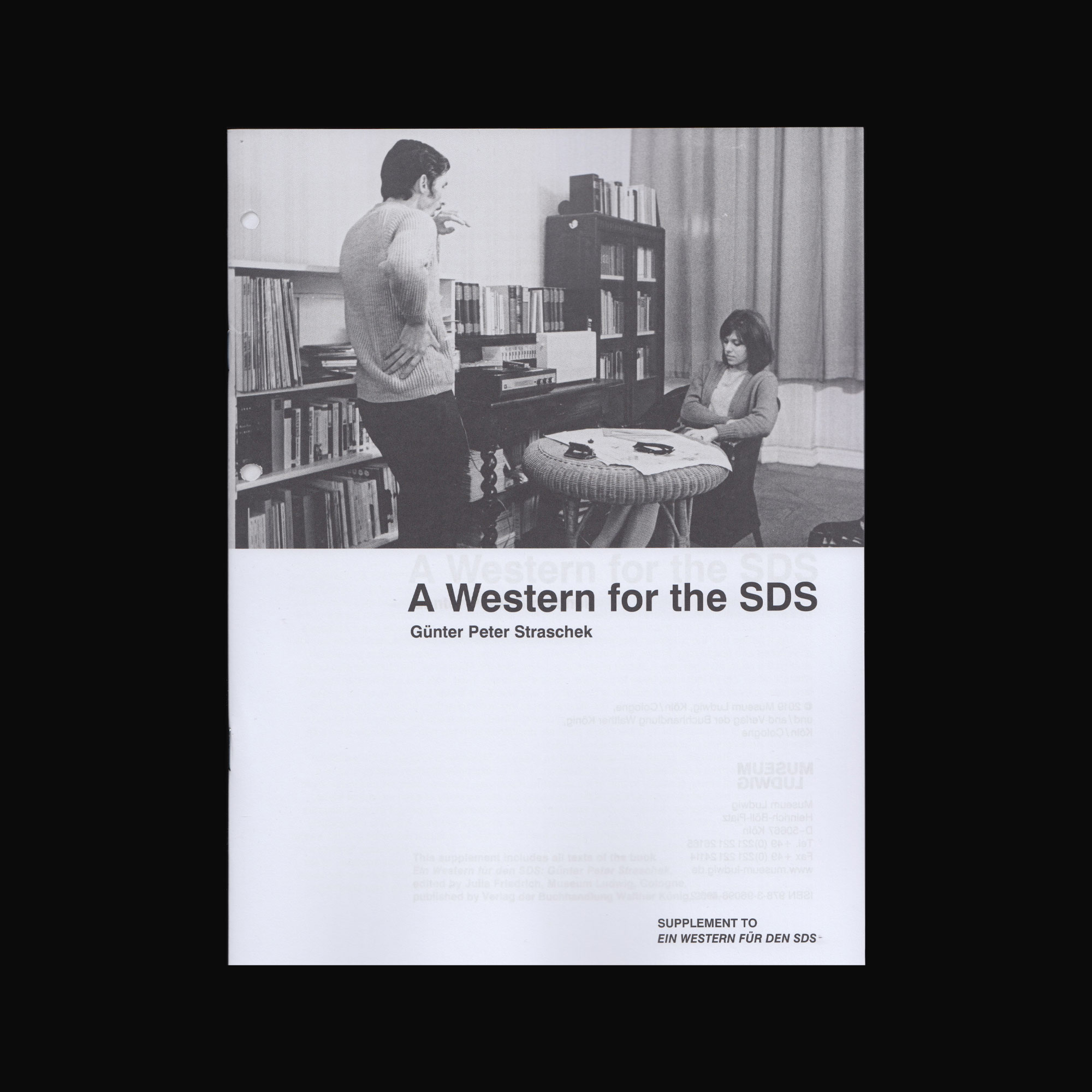 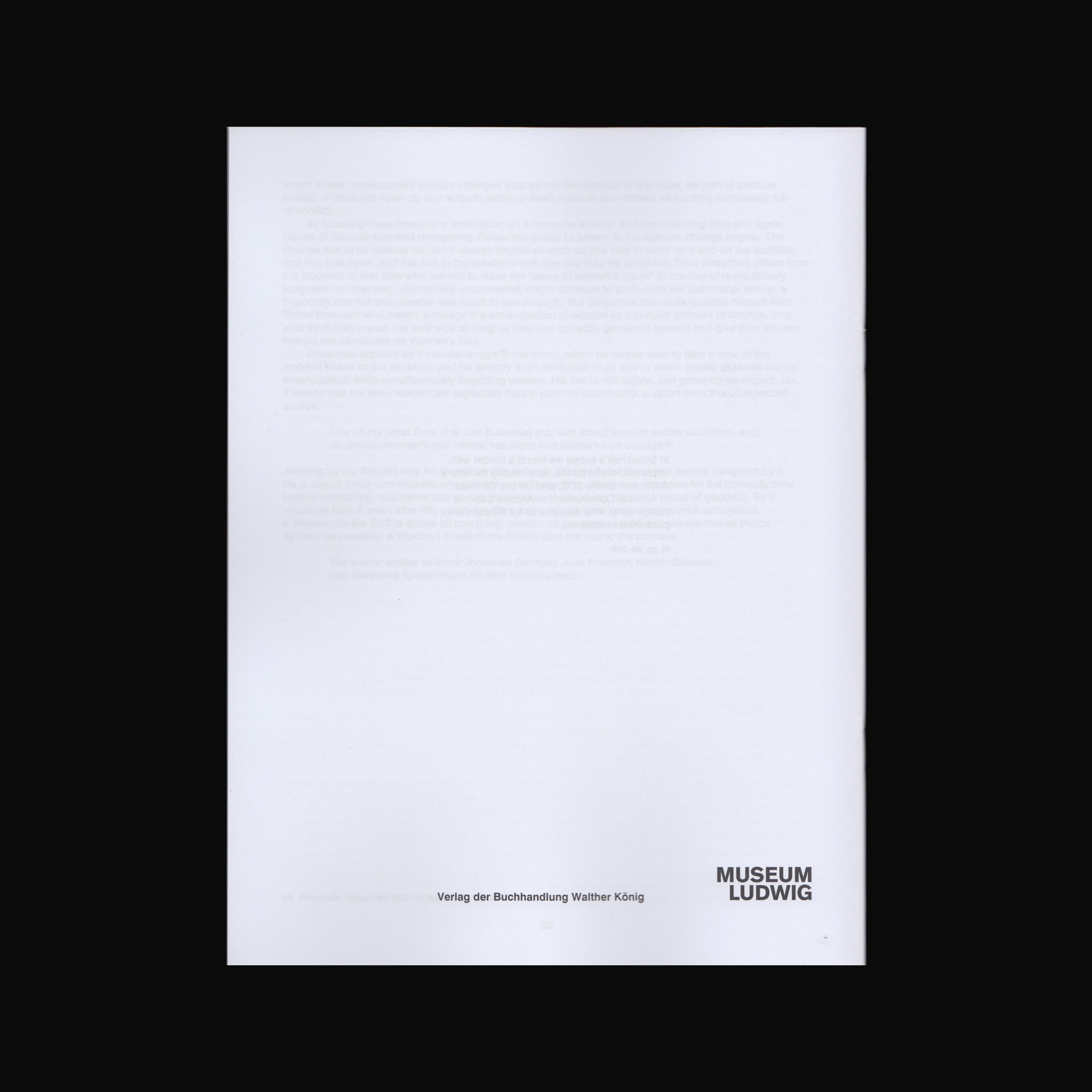 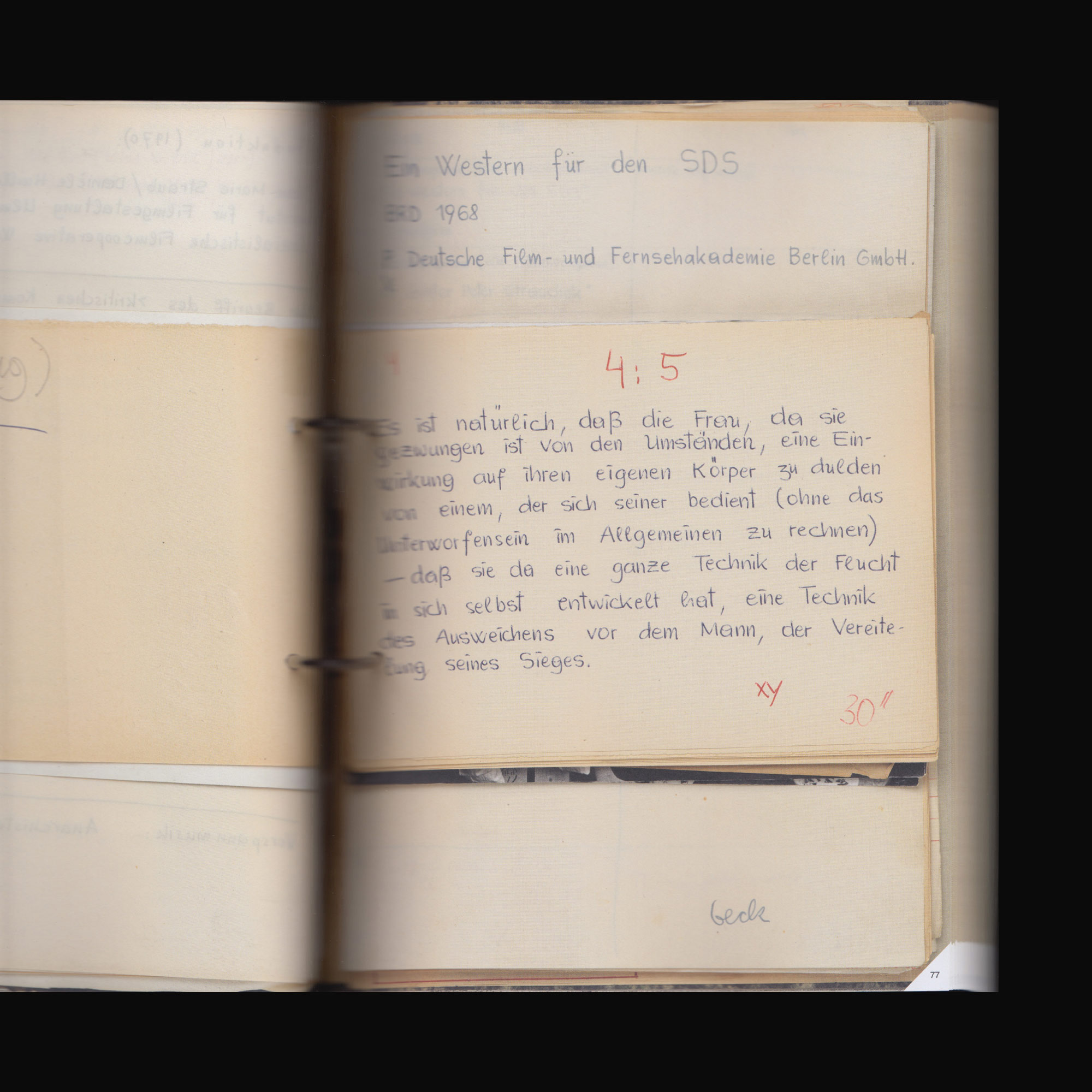 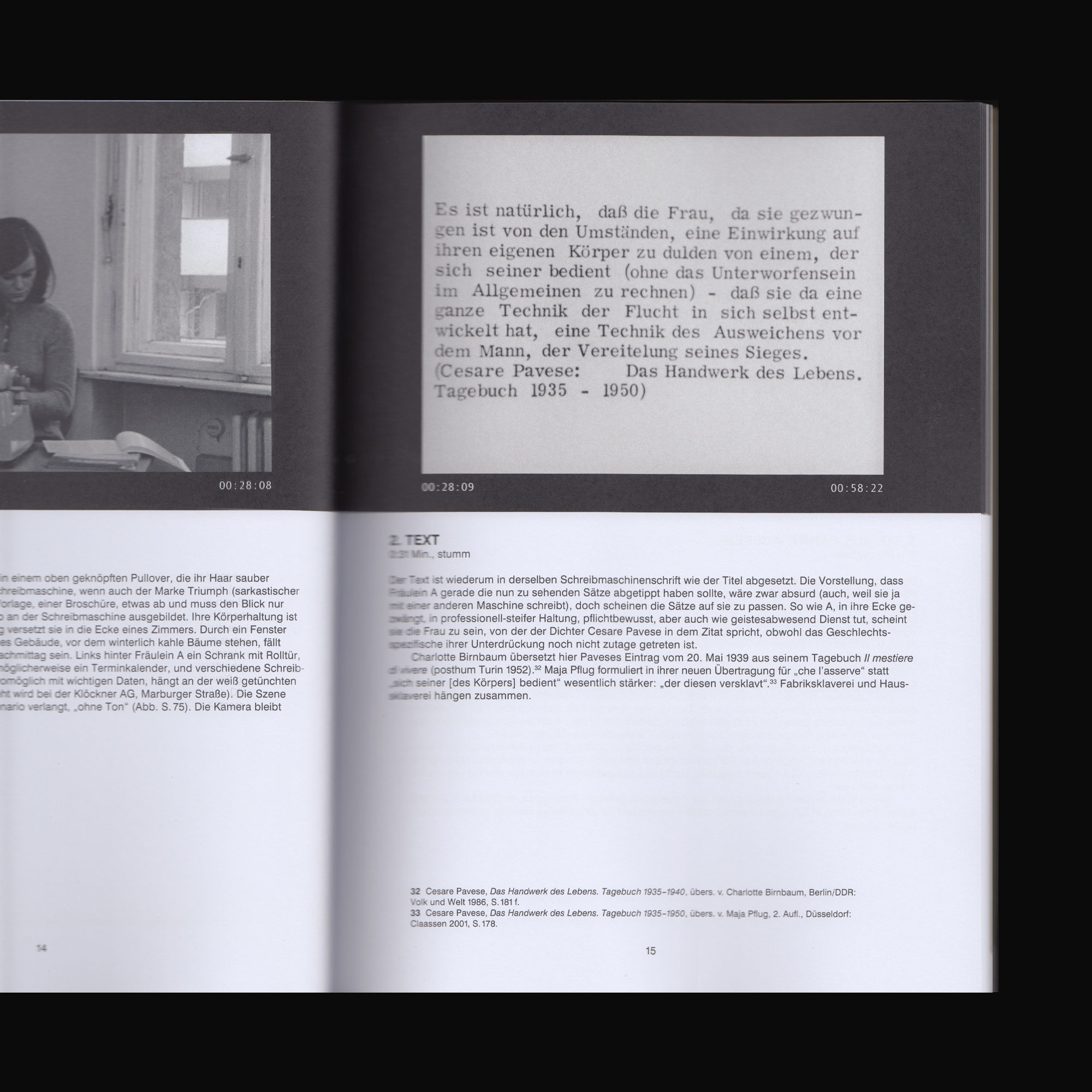 The Austrian Günter Peter Straschek belonged to the very first cohort of students at the Deutschen Film- und Fernsehakademie in West Berlin – alongside Hartmut Bitomsky, Harun Farocki and Helke Sander. He and many of his fellow students participated in the New Left movement, recording demonstrations and supporting campaigns. Straschek’s Western für den SDS (1967/68, cinematography: Holger Meins) depicts the development of the left as a learning process for women, whose consciousness grows through the movement, but who continue to have no say in it. It was seized by the governing body of the film school in 1968, never screened and consequentially became legendary. Western für den SDS was finally given its premiere in 2018 at Museum Ludwig, as part of an exhibition dedicated to Straschek. This book publishes previously unreleased work material related to the film, which is a key work of the student movement and of Günter Peter Straschek’s oeuvre. Includes a photo gallery from the Christopher Williams class, Köln, 2019.