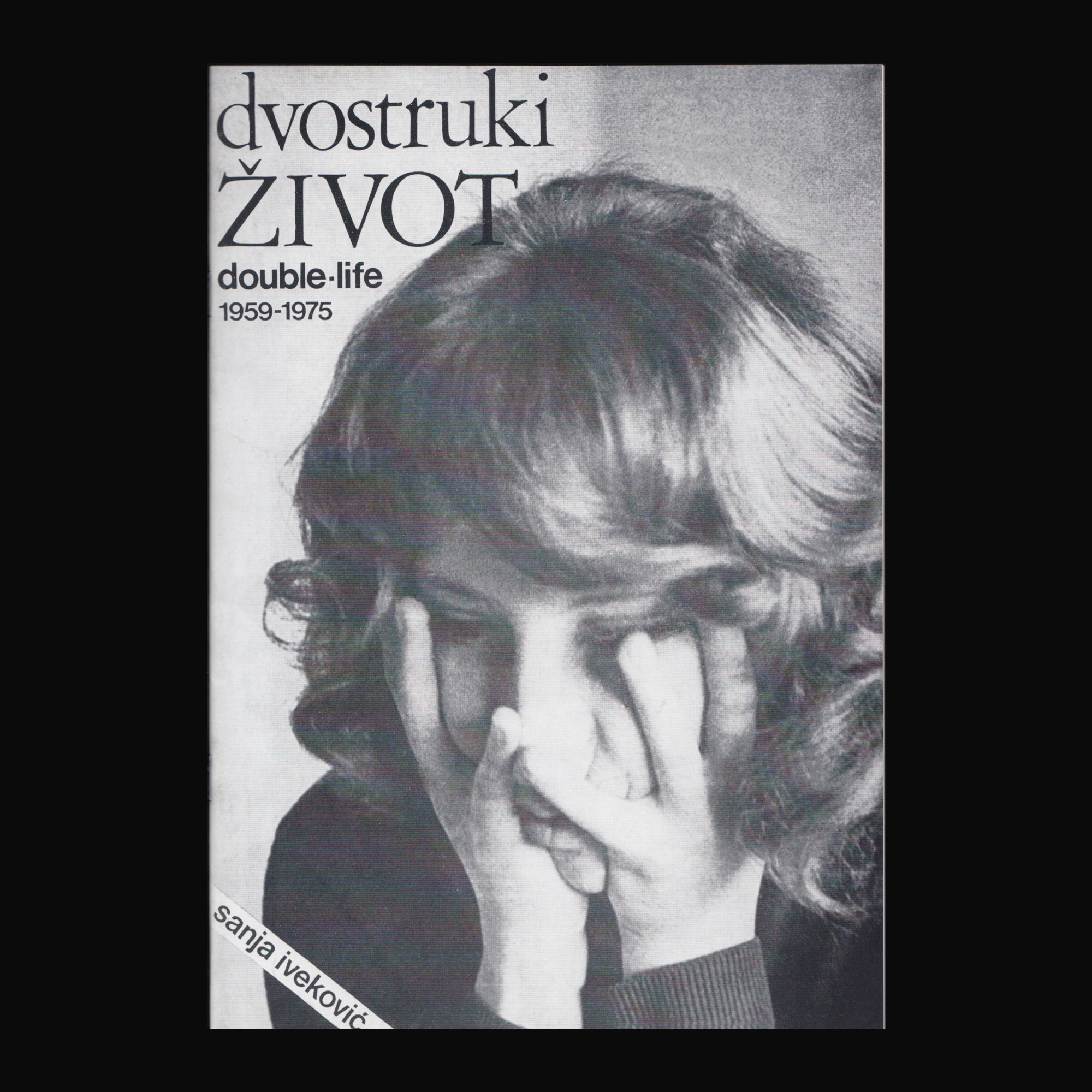 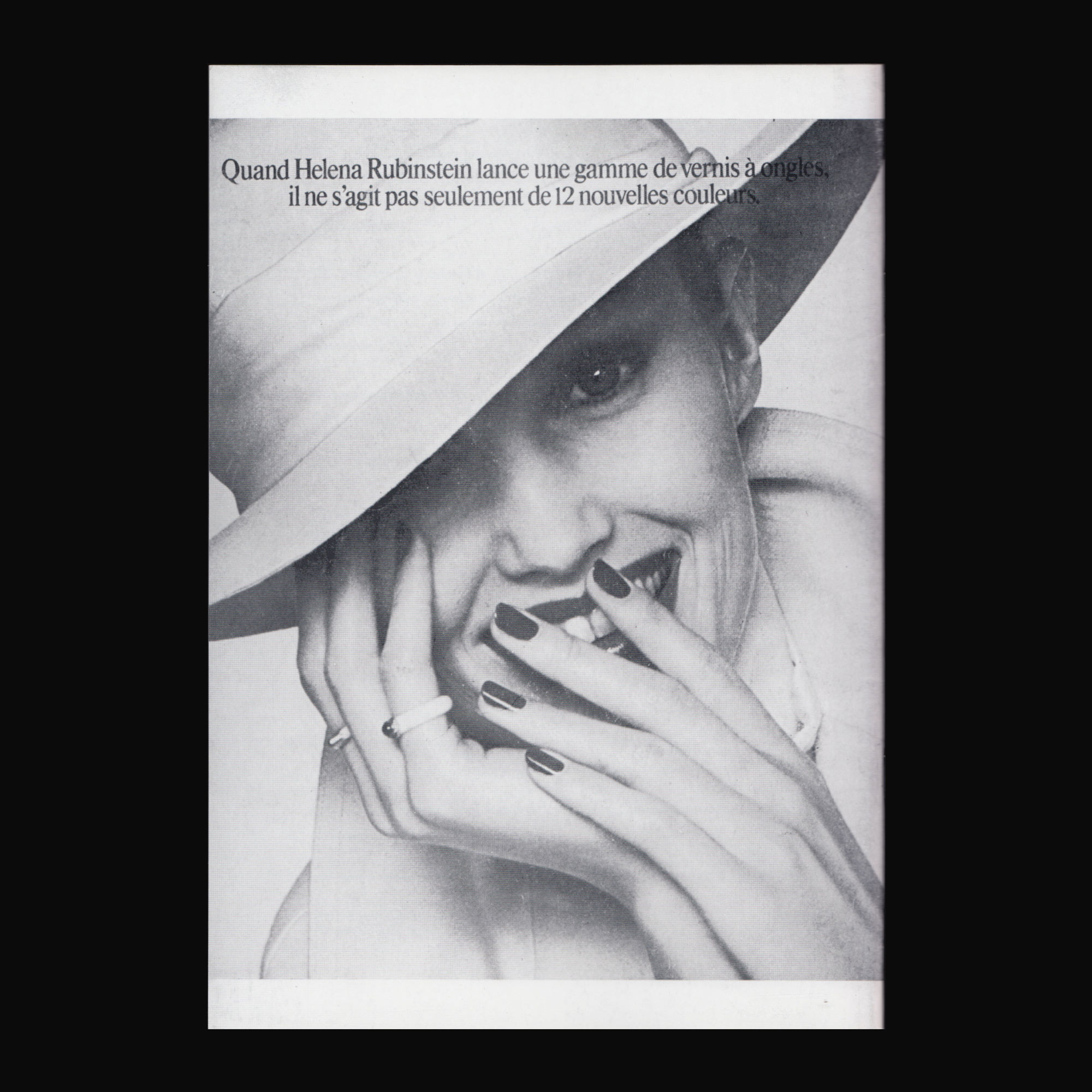 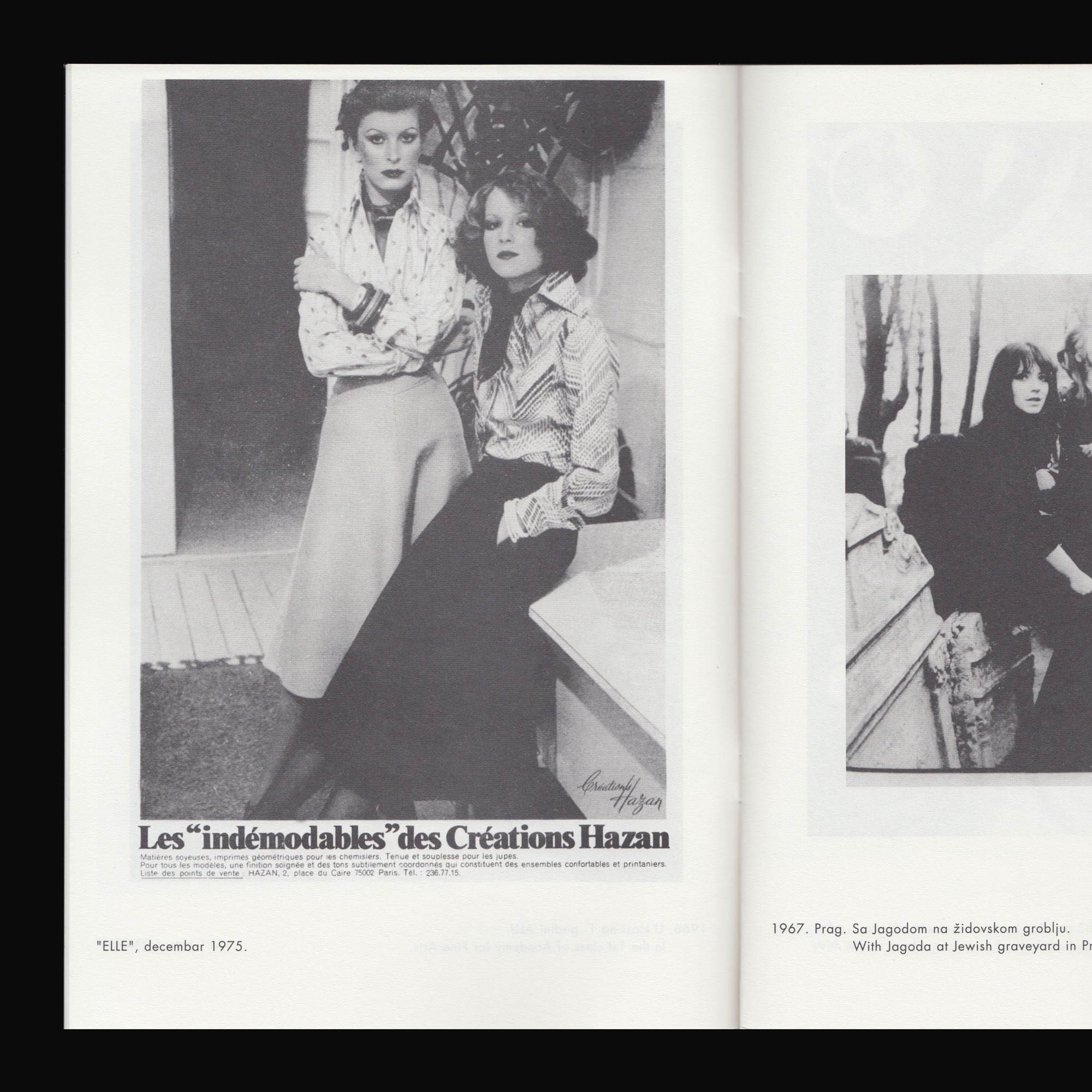 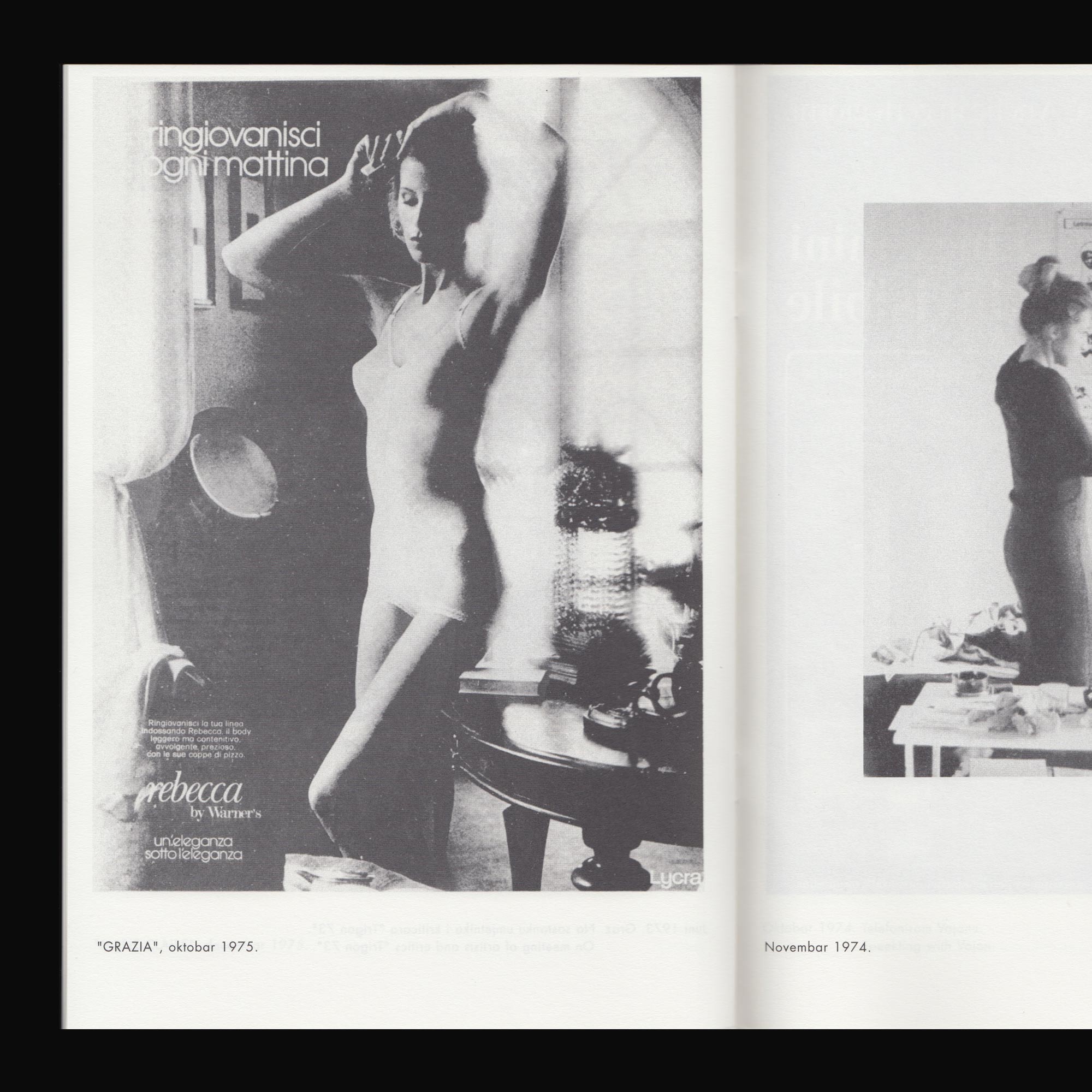 Reprint of the publication originally published in 1976 for Sanja Iveković’s exhibition at the Museum of Contemporary Art, Zagreb.

Dedicated to the series Double Life 1959-1975, where the artist juxtaposed pictures of herself culled from her private albums with commercial ads clipped from the pages of popular magazines and newspapers. One part of each pair depicts Iveković through distinct periods of her life, enacting for the camera different poses, while the other part shows models advertising in women’s magazines such as Elle, Grazia, Brigitte, and Svijet.