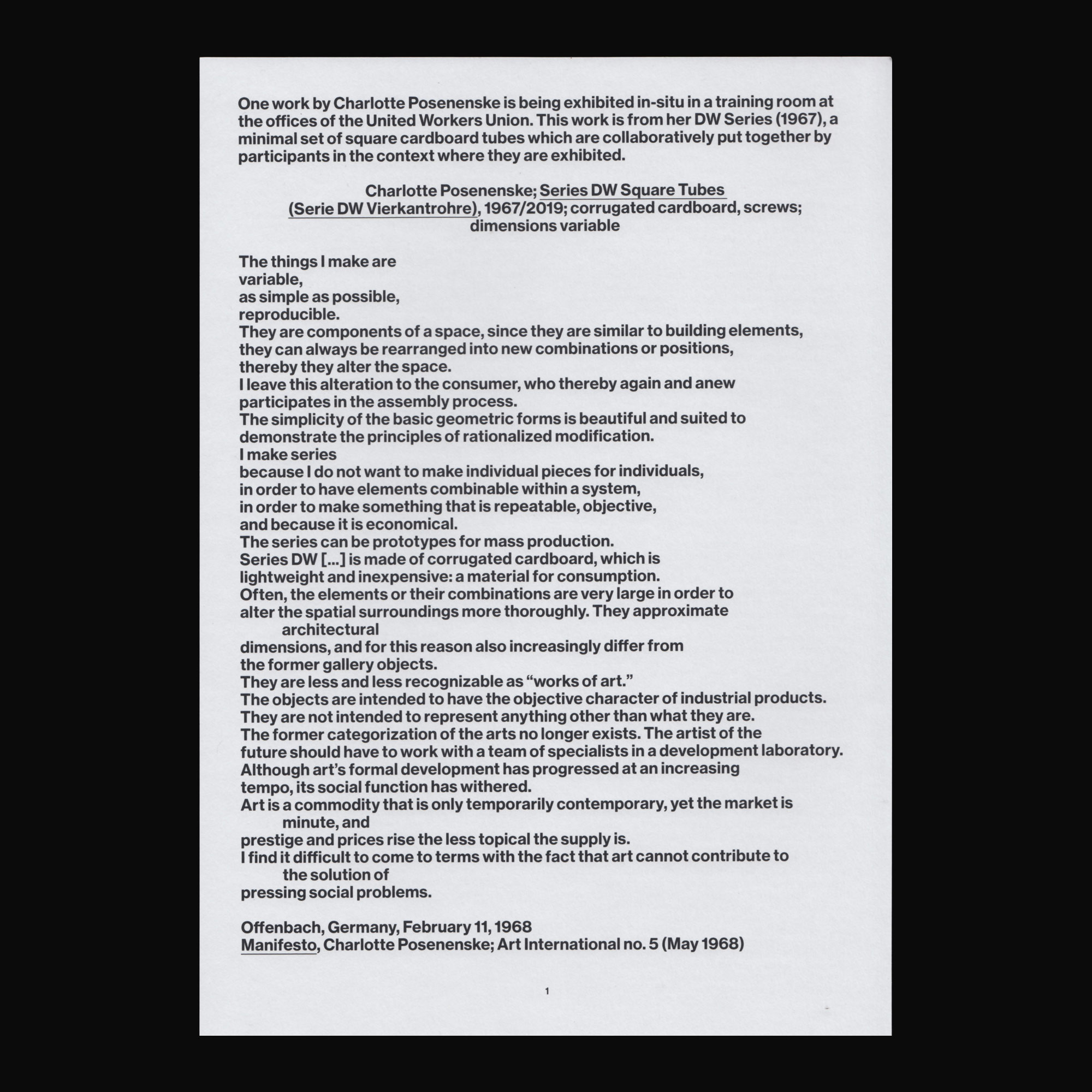 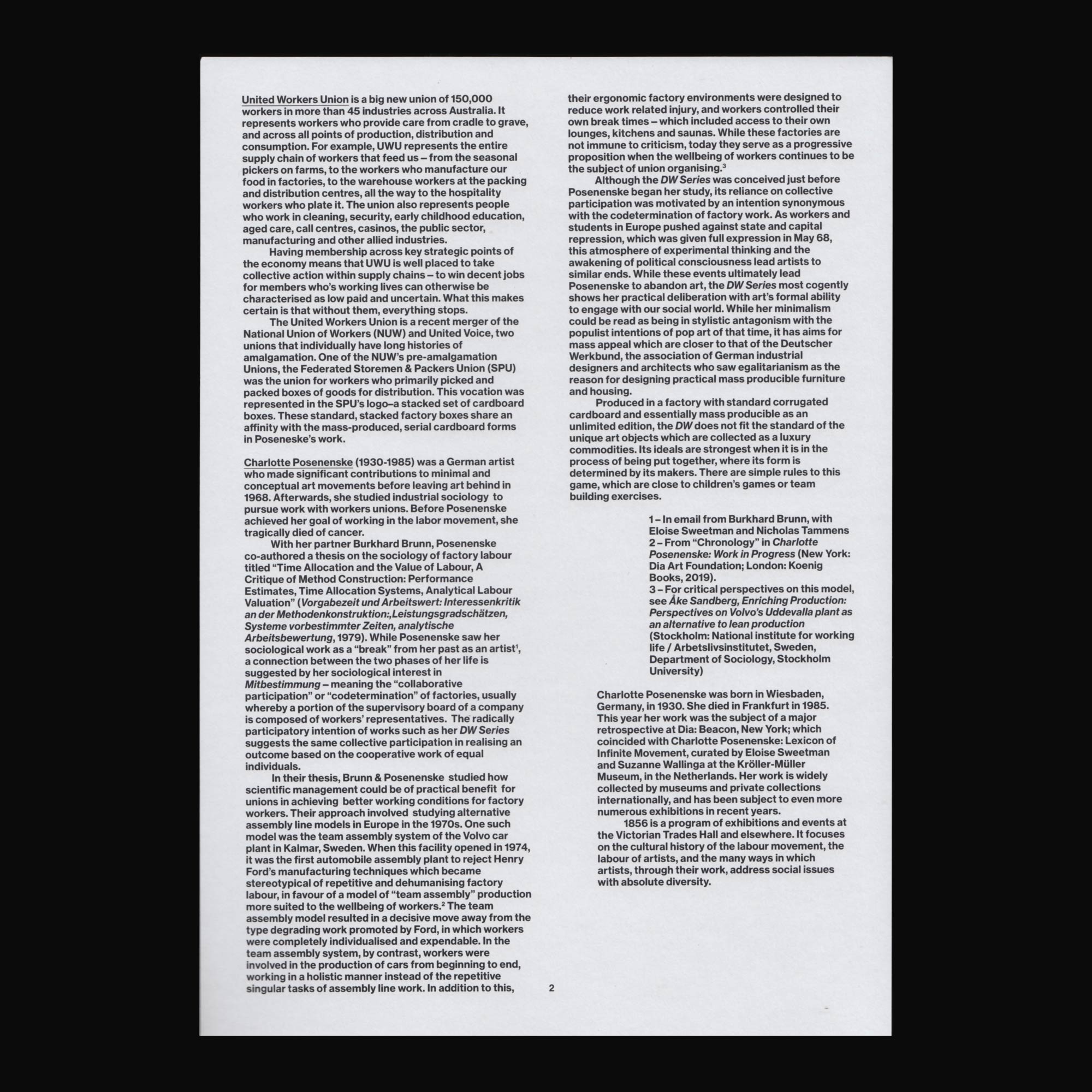 Pamphlet for the exhibition of one work by Charlotte Posenenske, exhibited in-situ in a training room at the offices of the United Workers Union. The work was from her “DW Series” (1967), a minimal set of square cardboard tubes which are collaboratively put together by participants in the context where they are exhibited.

You can find more on the exhibition here