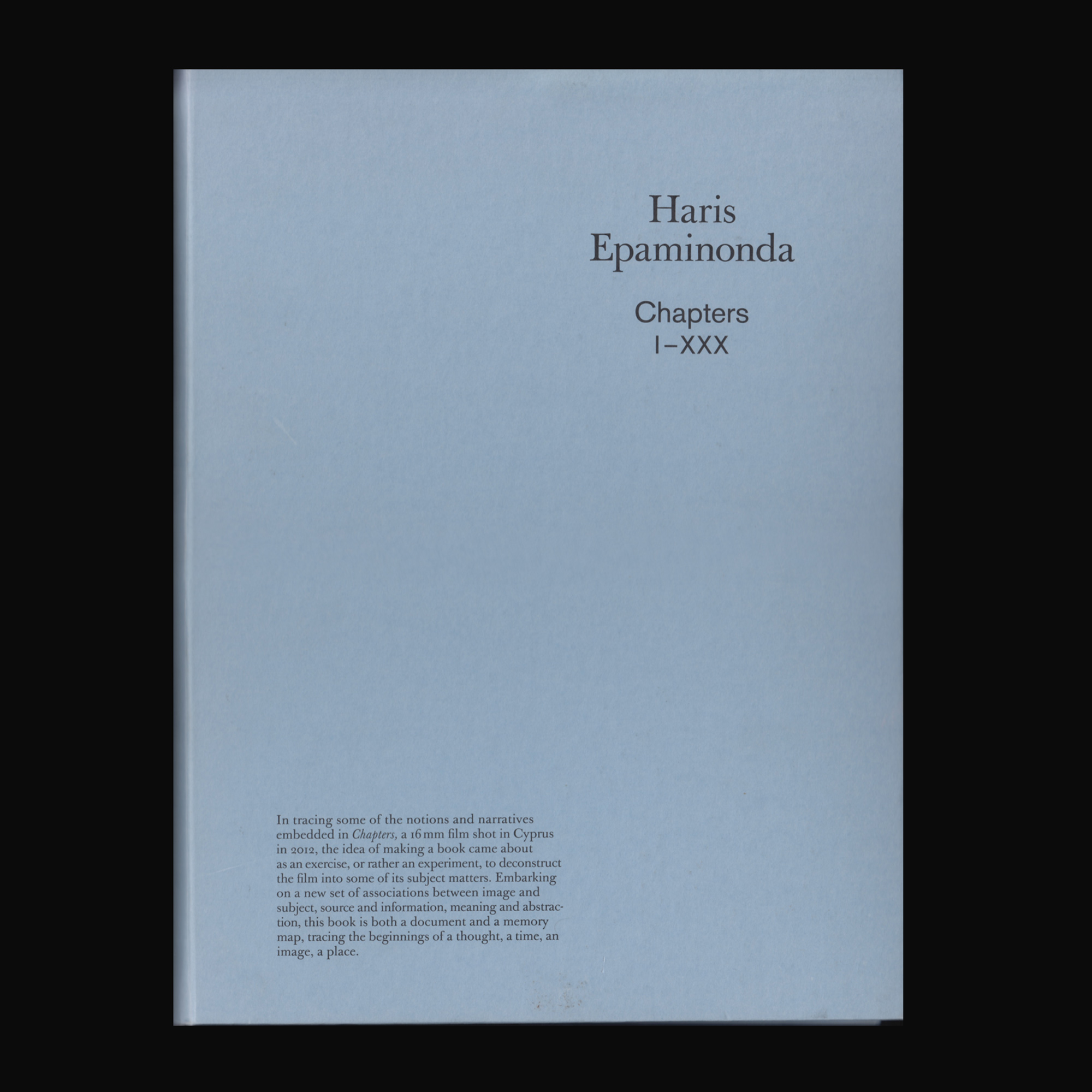 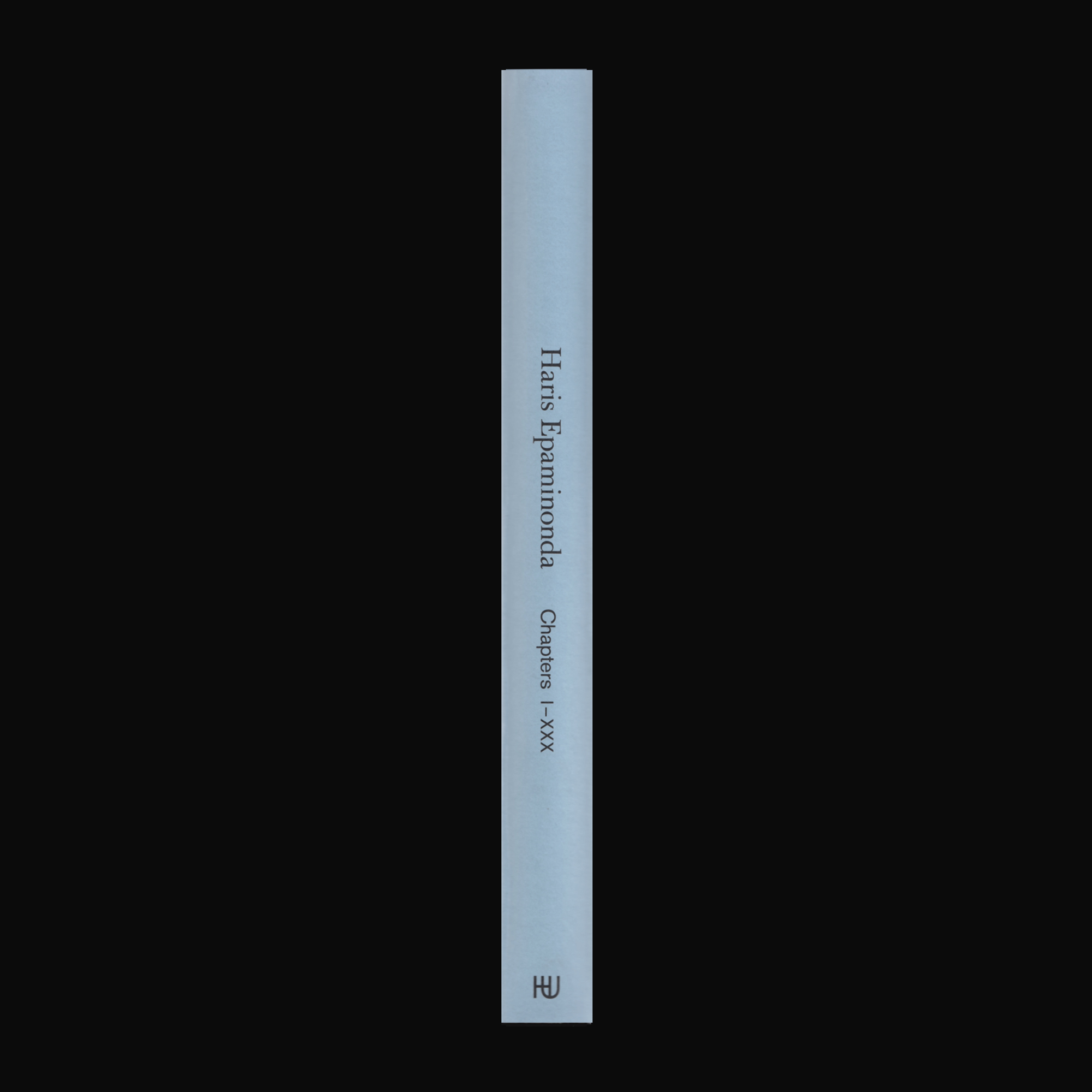 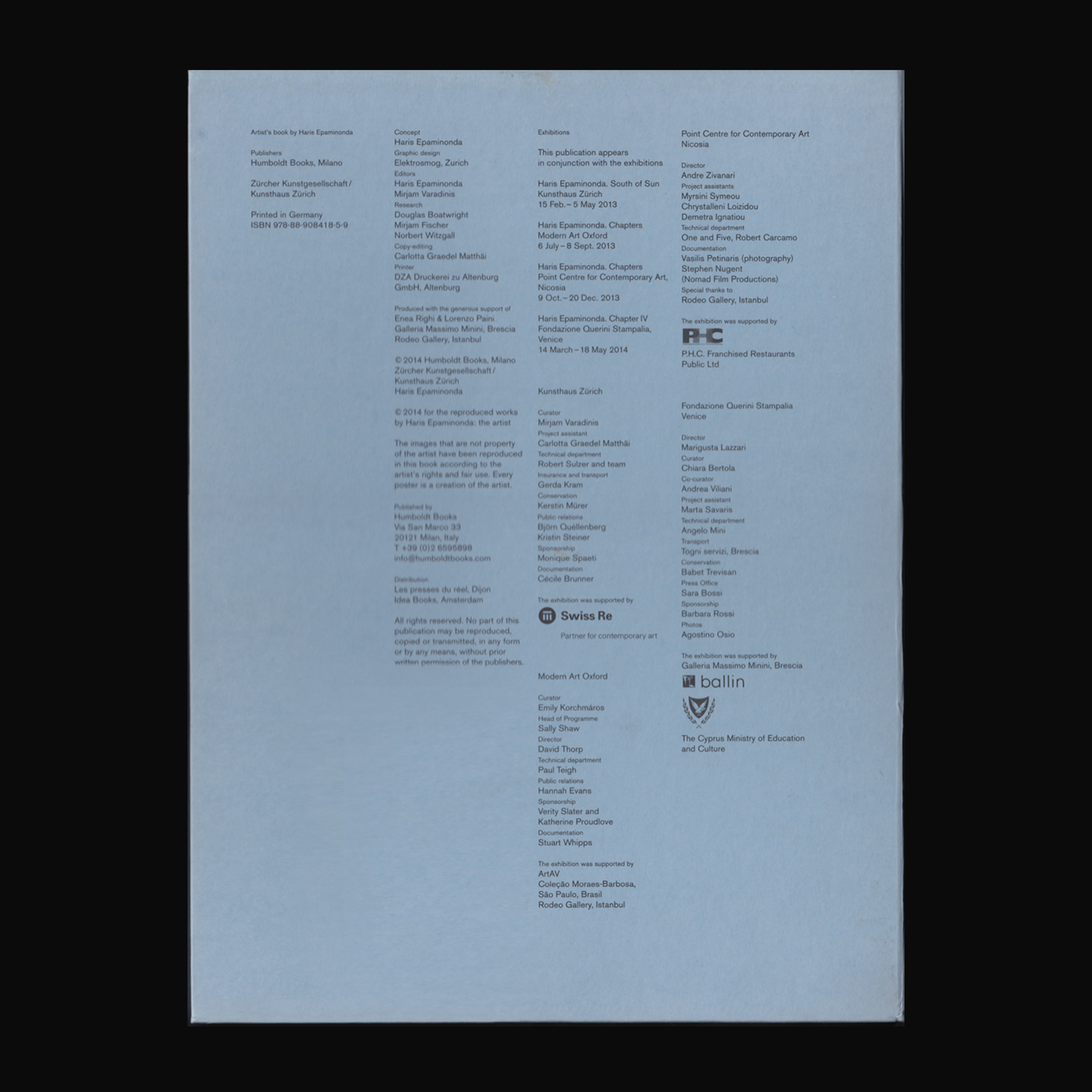 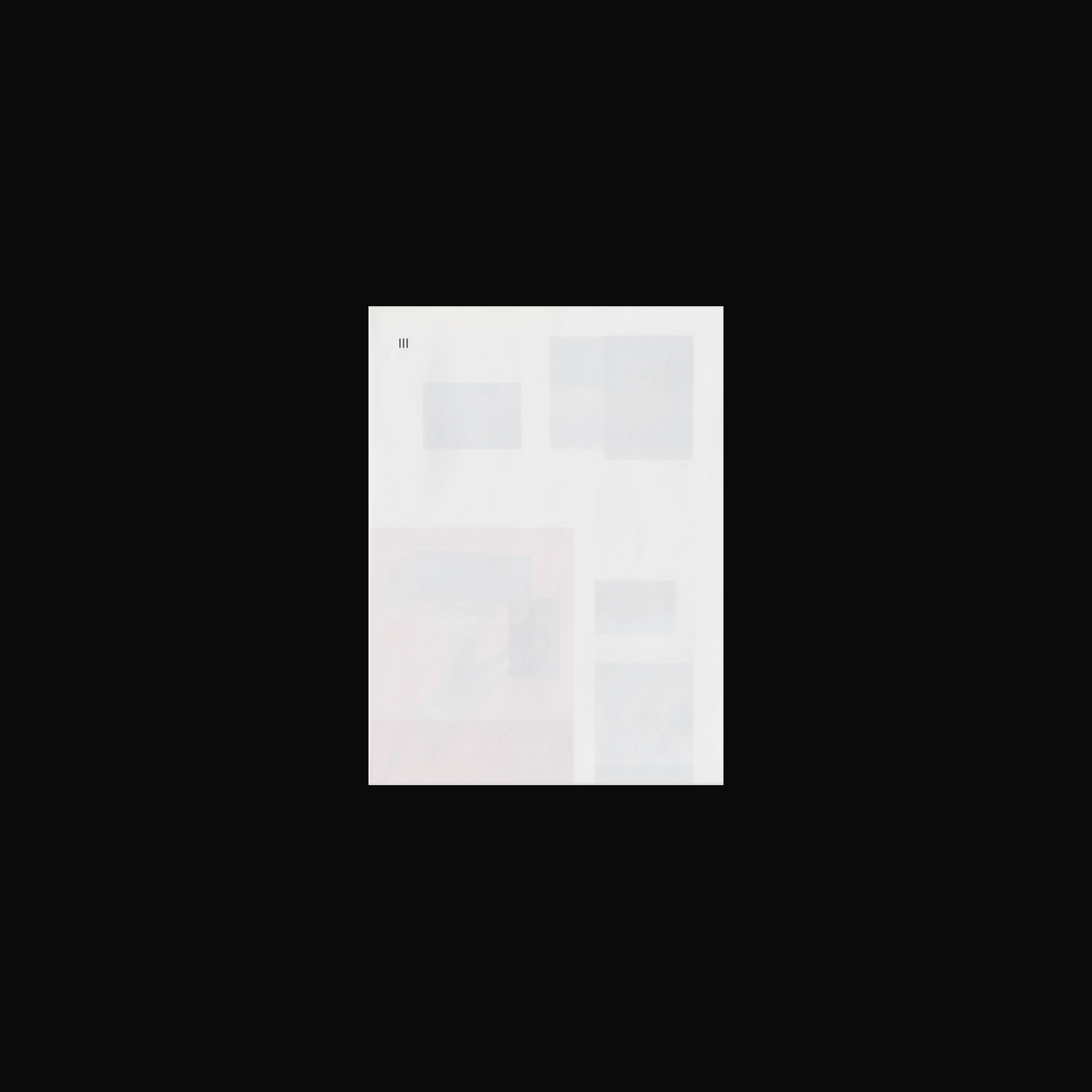 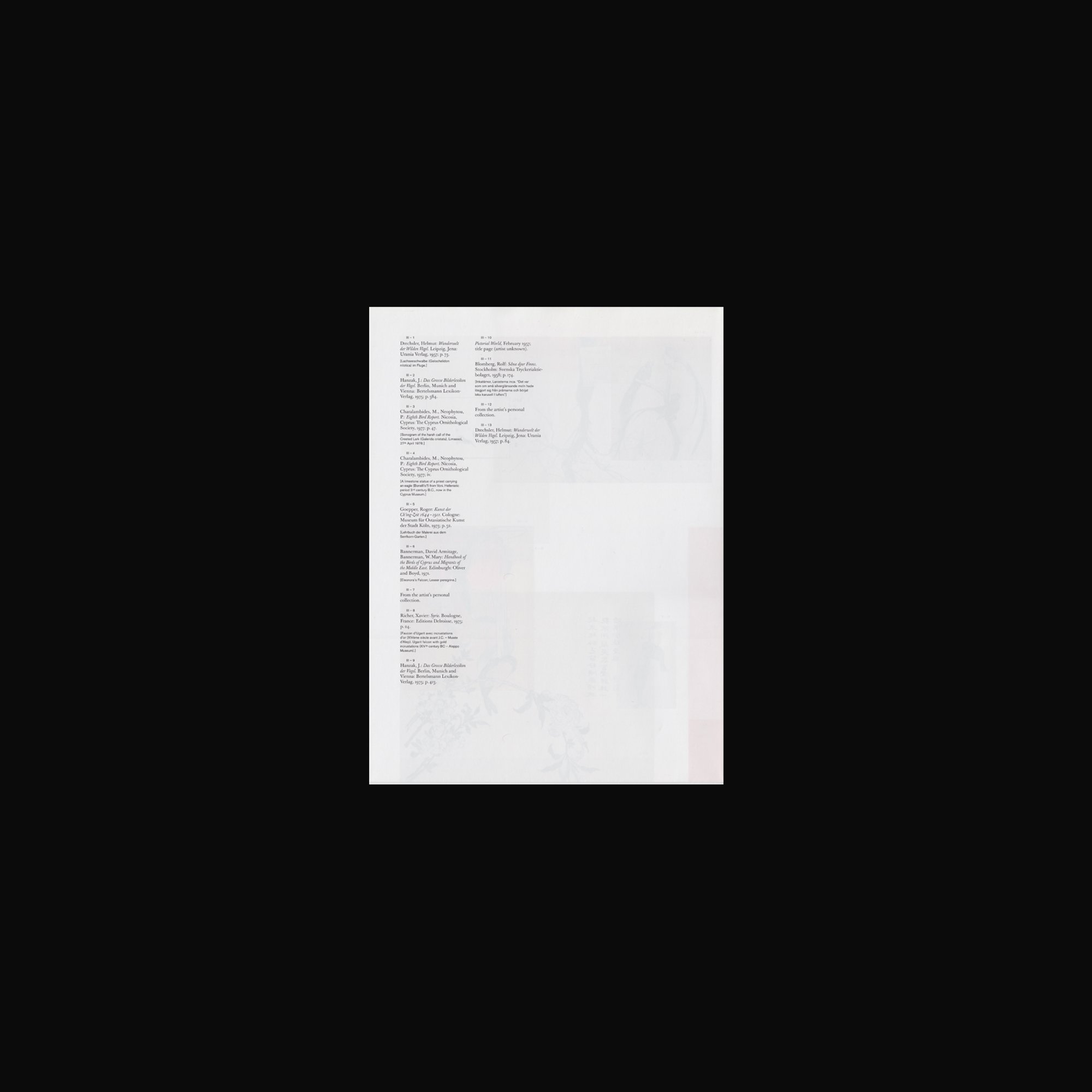 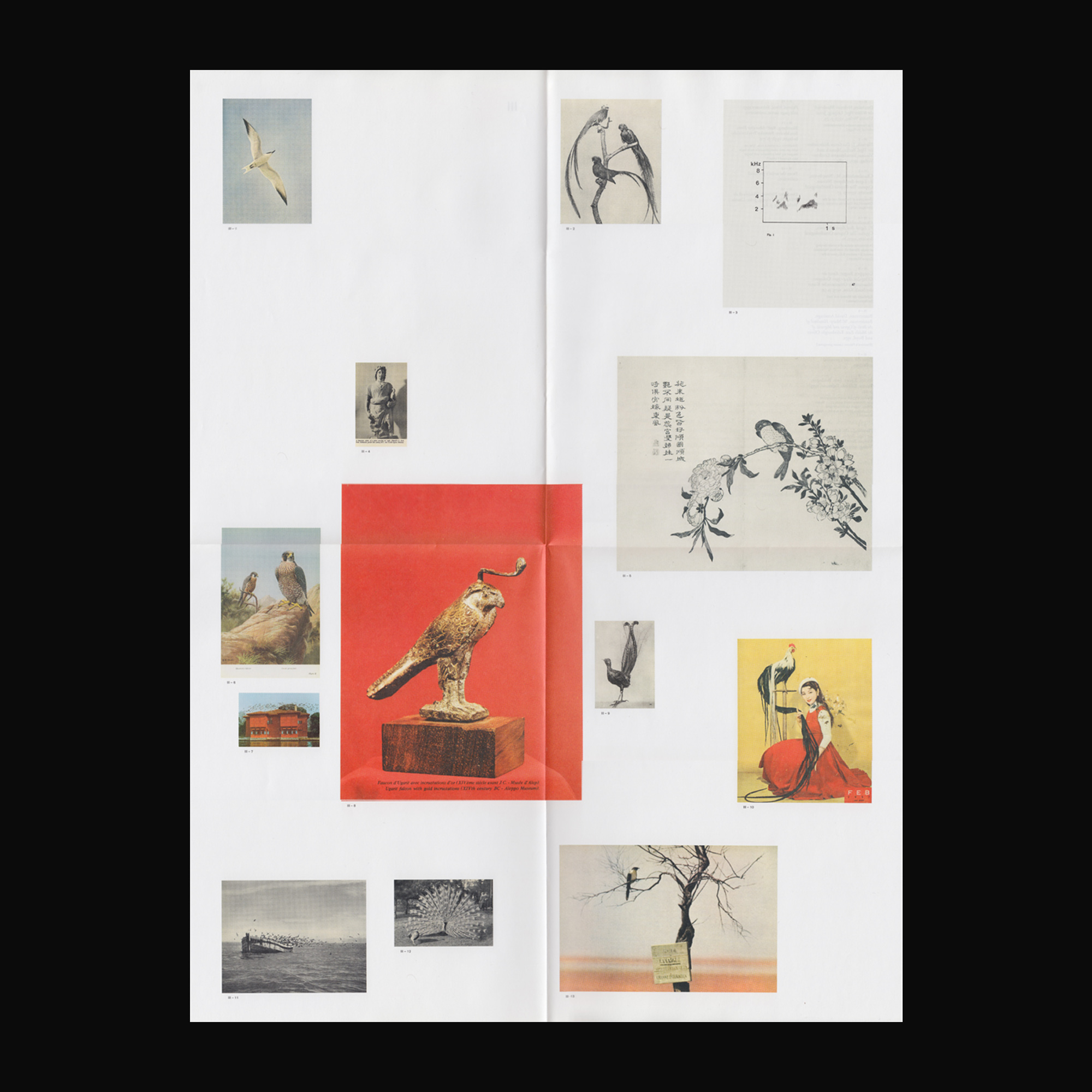 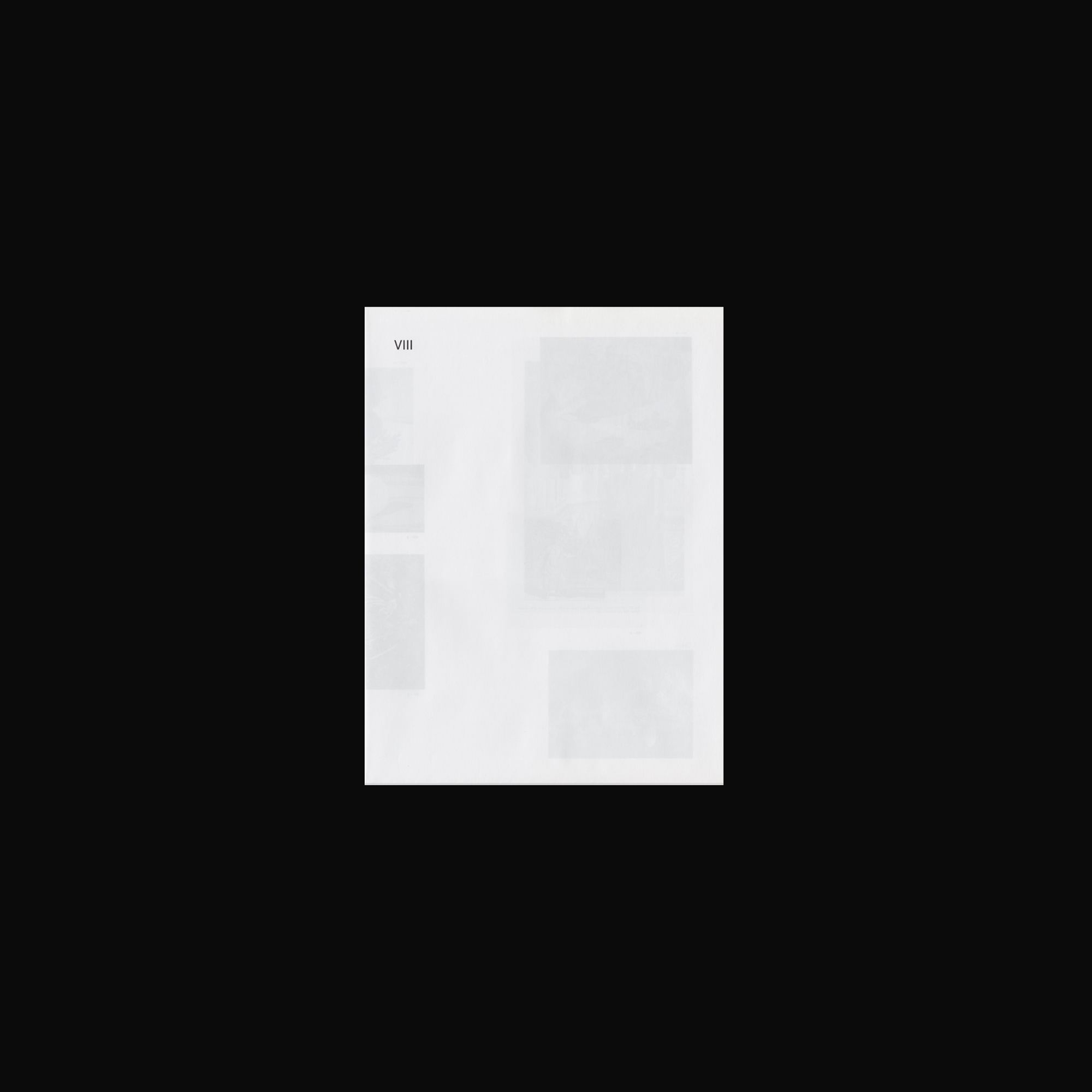 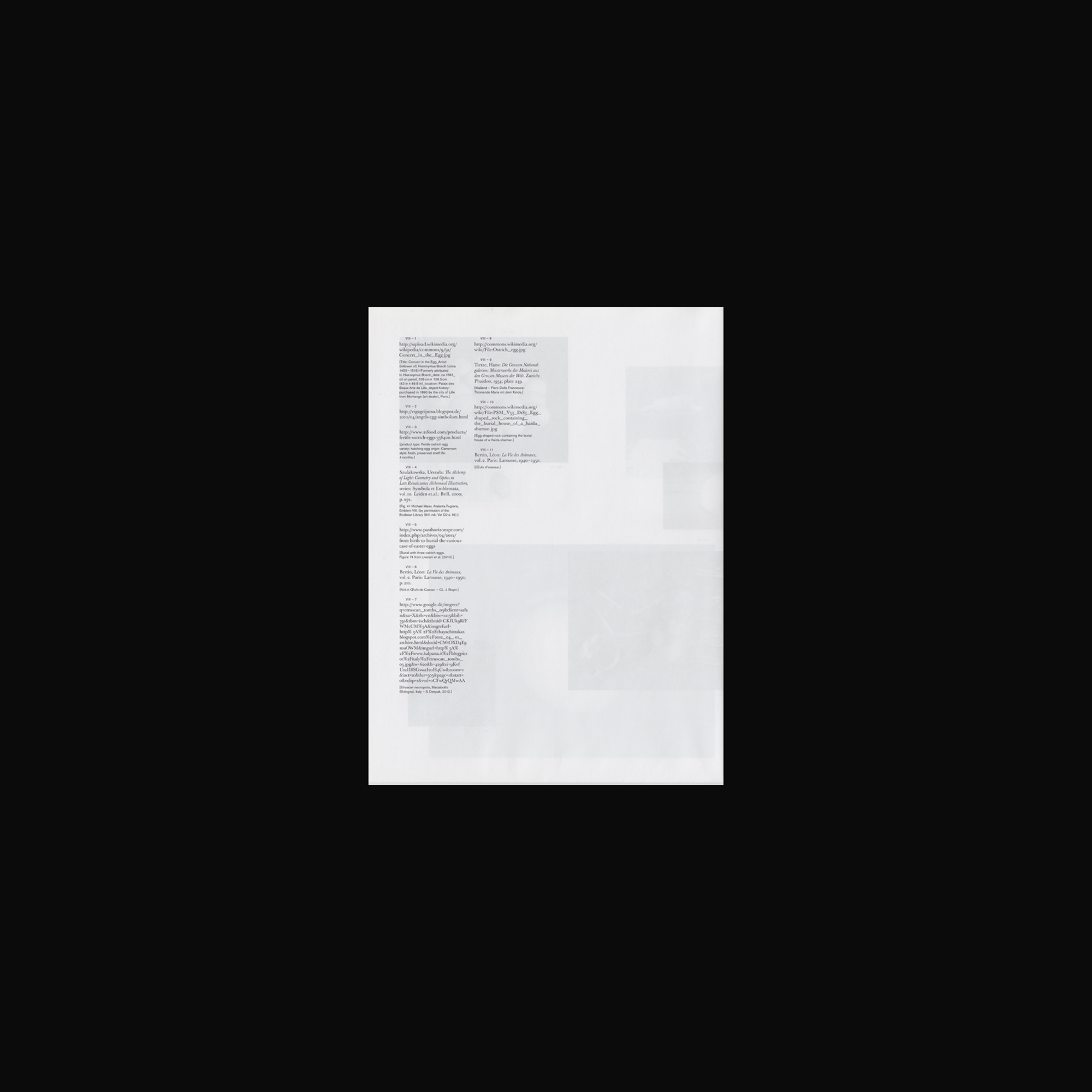 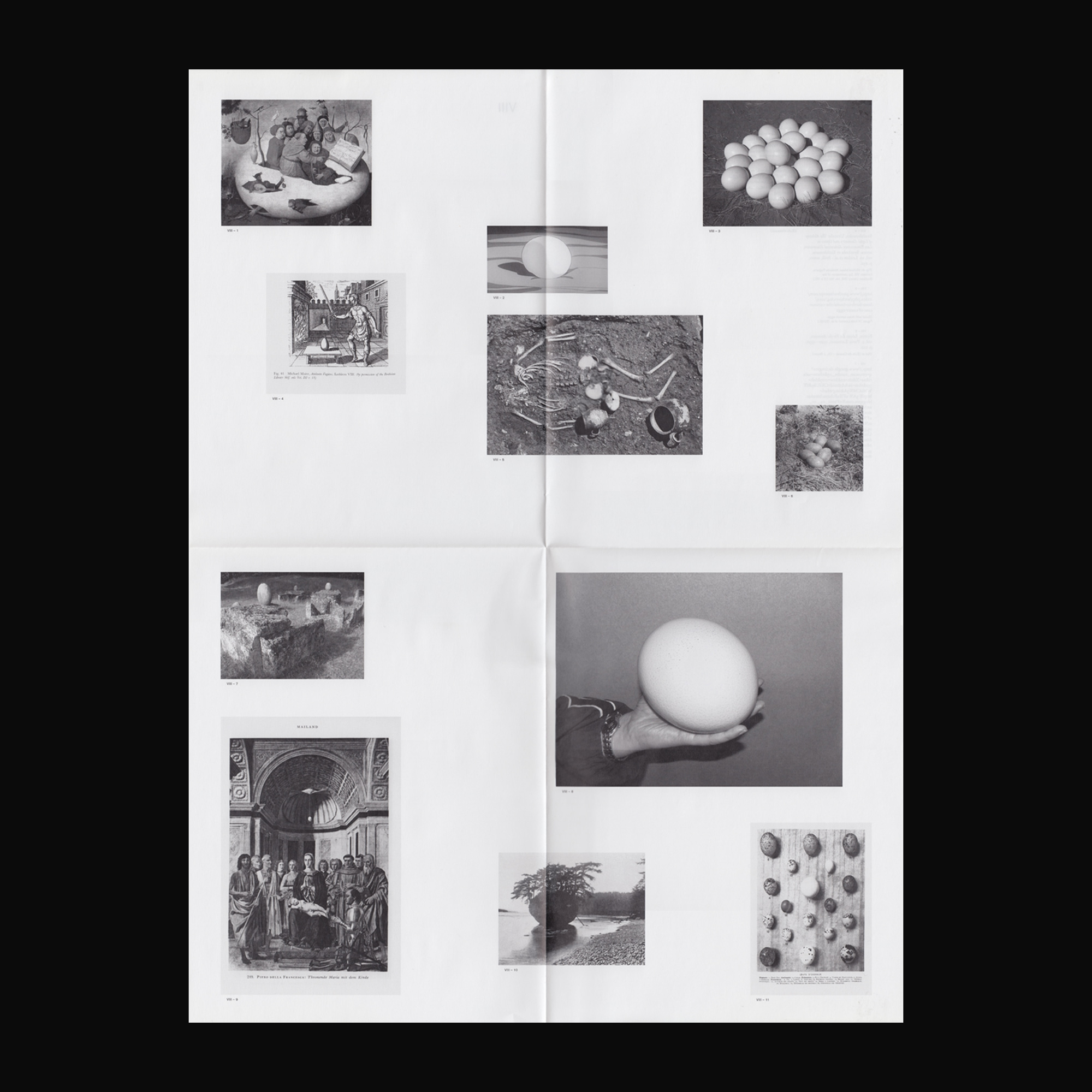 Haris Epaminonda uses video and film, collage, photography, books and objects in an extensive process of assembling and disassembling appropriated materials to reconstruct non-linear narratives. The artist works with found images from the past – sometimes faded travel photographs, or the pages of old nature magazines, ethnographic artifacts or footage from forgotten television programmes. Epaminonda then manipulates the images, cutting and layering, to create new works that feel wholly part of the present.

In tracing some of the notions and narratives embedded in Chapters, a 16 mm film shot in Cyprus in 2012, the idea of making a book came about as an exercise, or rather an experiment, to deconstruct the film into some of its subject matters. Embarking on a new set of associations between image and subject, source and information, meaning and abstraction, this book is both a document and a memory map, tracing the beginnings of a thought, a time, an image, a place.