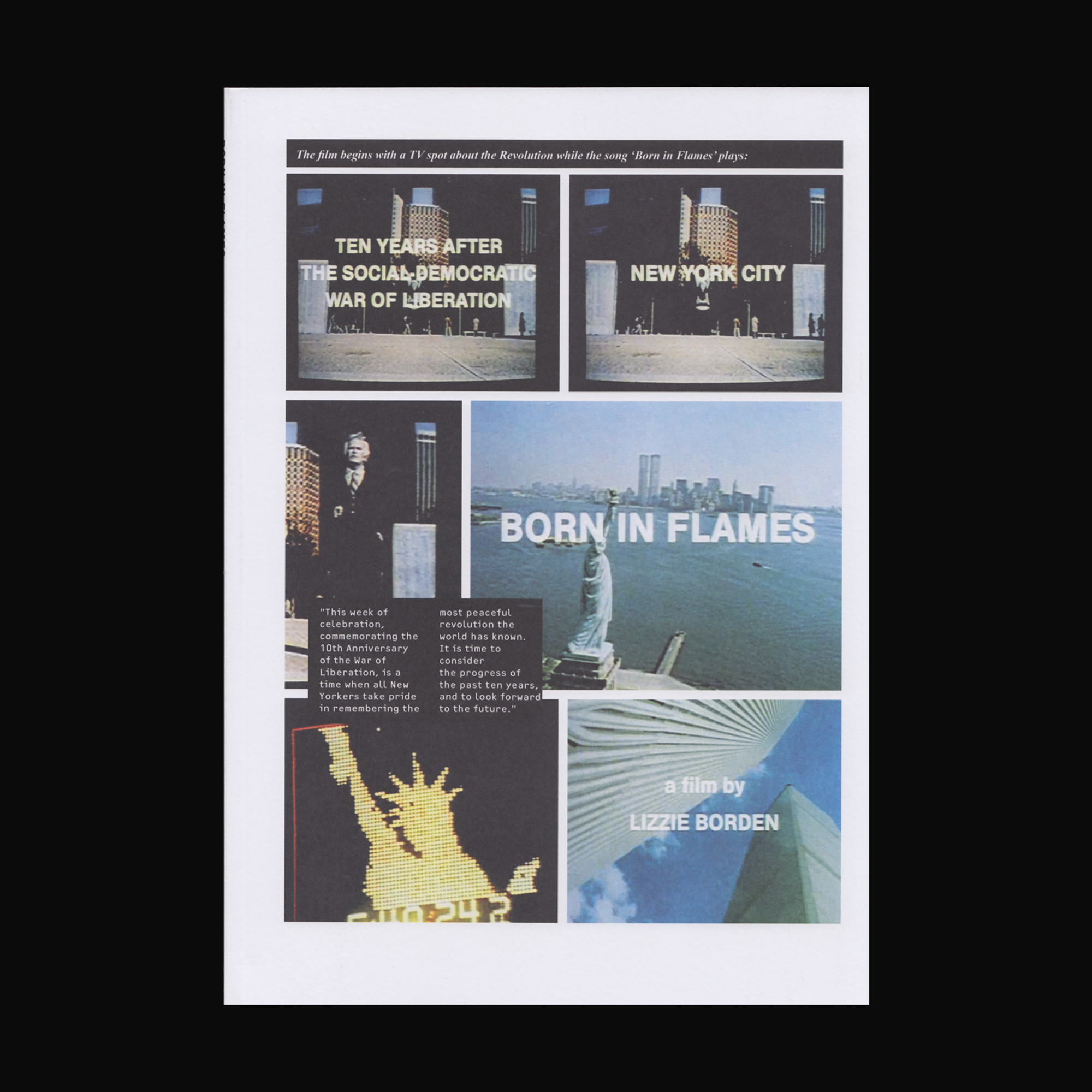 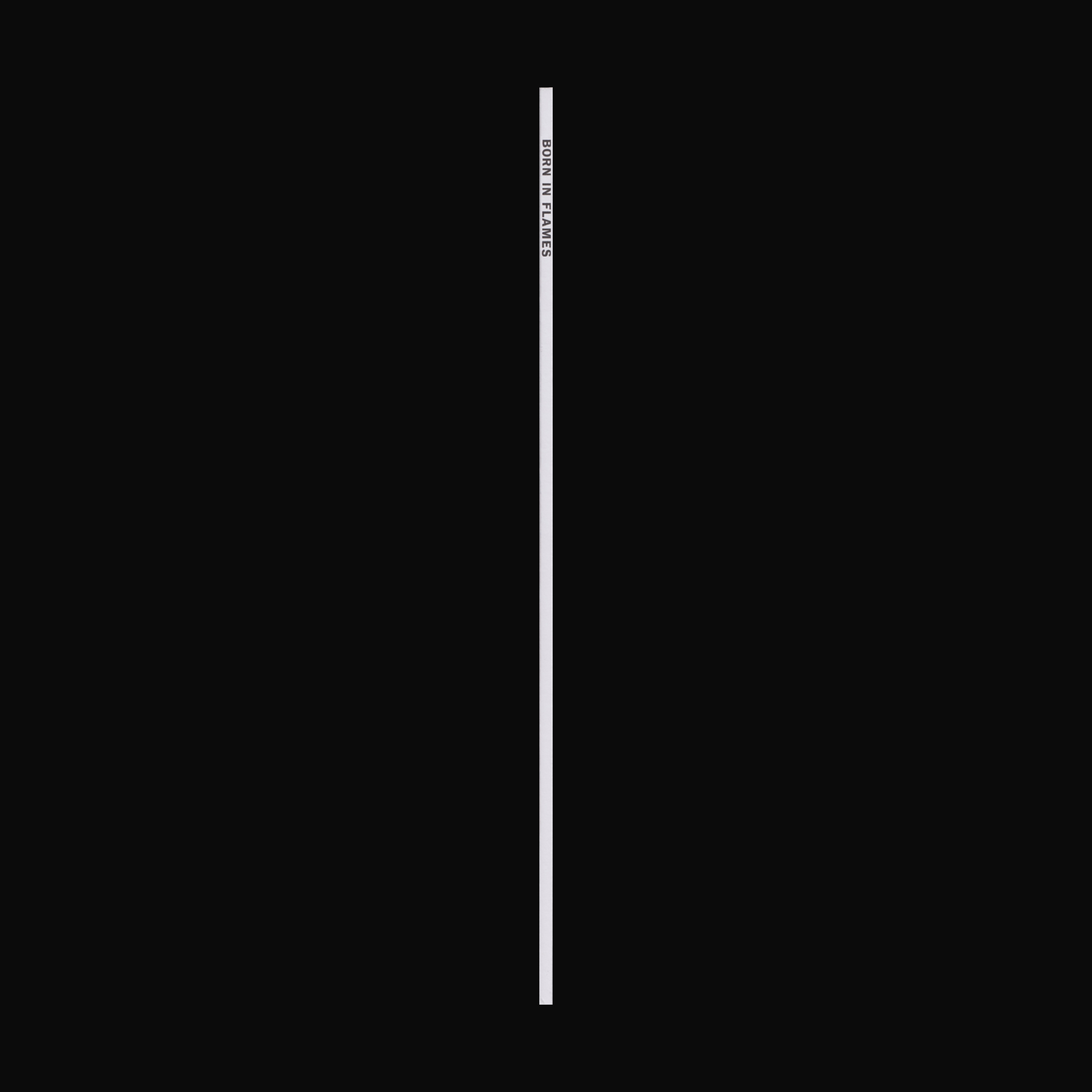 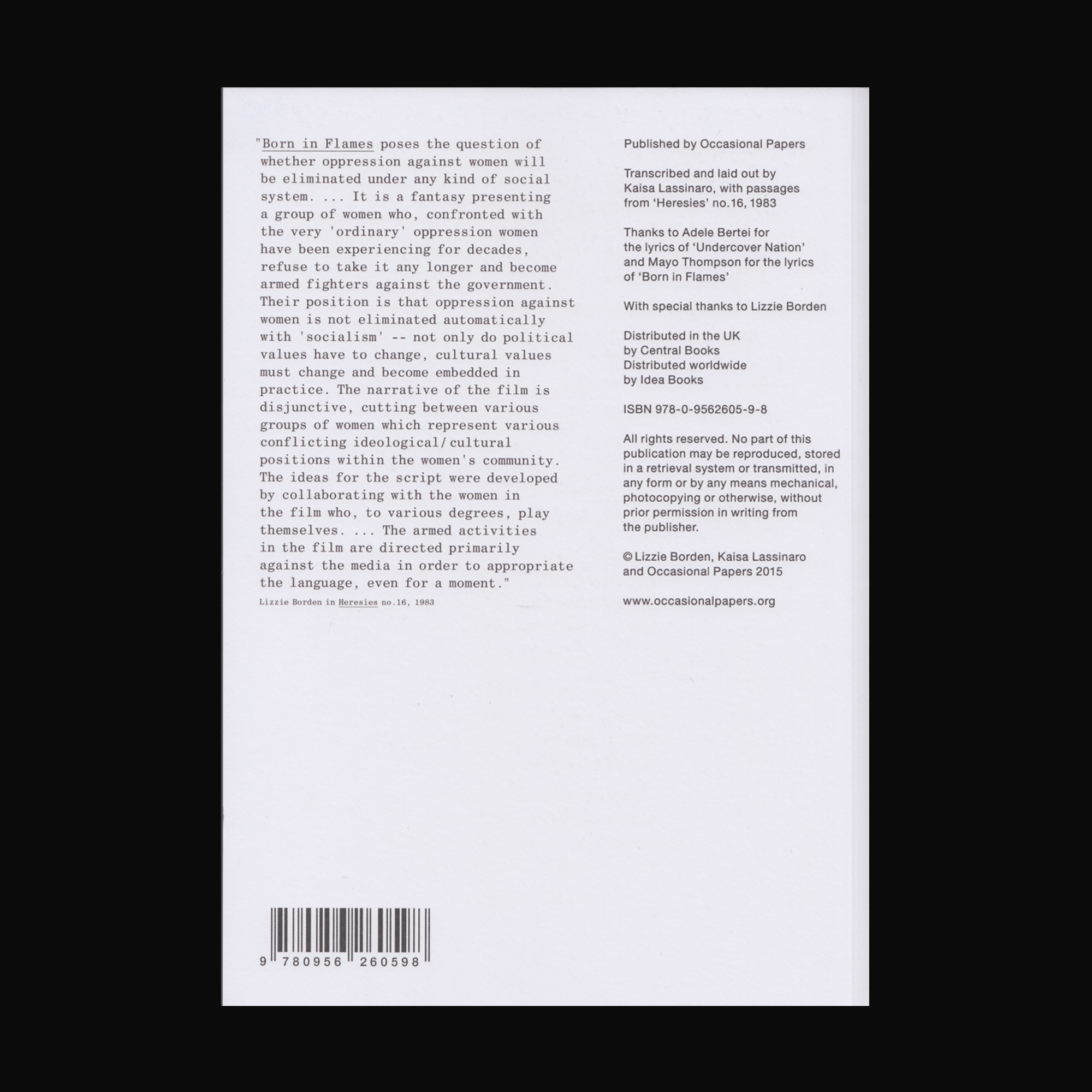 Born in Flames – the publication – is the complete authorised graphic translation of Lizzie Borden’s mythical 1983 film ‘Born in Flames’. Kaisa Lassinaro’s post-facto screenplay captures all the political energy and visual brilliance of Borden’s film, which describes a futuristic society (eerily similar to our own) where the achievements of a past revolution are threatened by reactionary sexist forces. The film suggests various modes of female resistance – from armed struggle to intellectual opposition – without endorsing one strategy over another. The published version of Born in Flames allows for a frame-by-frame analysis of the film’s complex plot and soundtrack, with songs by The Bloods and Red Crayola. Included is an interview with Borden conducted by Lassinaro, in which the filmmaker looks back on the making of the film in late 70s/early 80s New York.