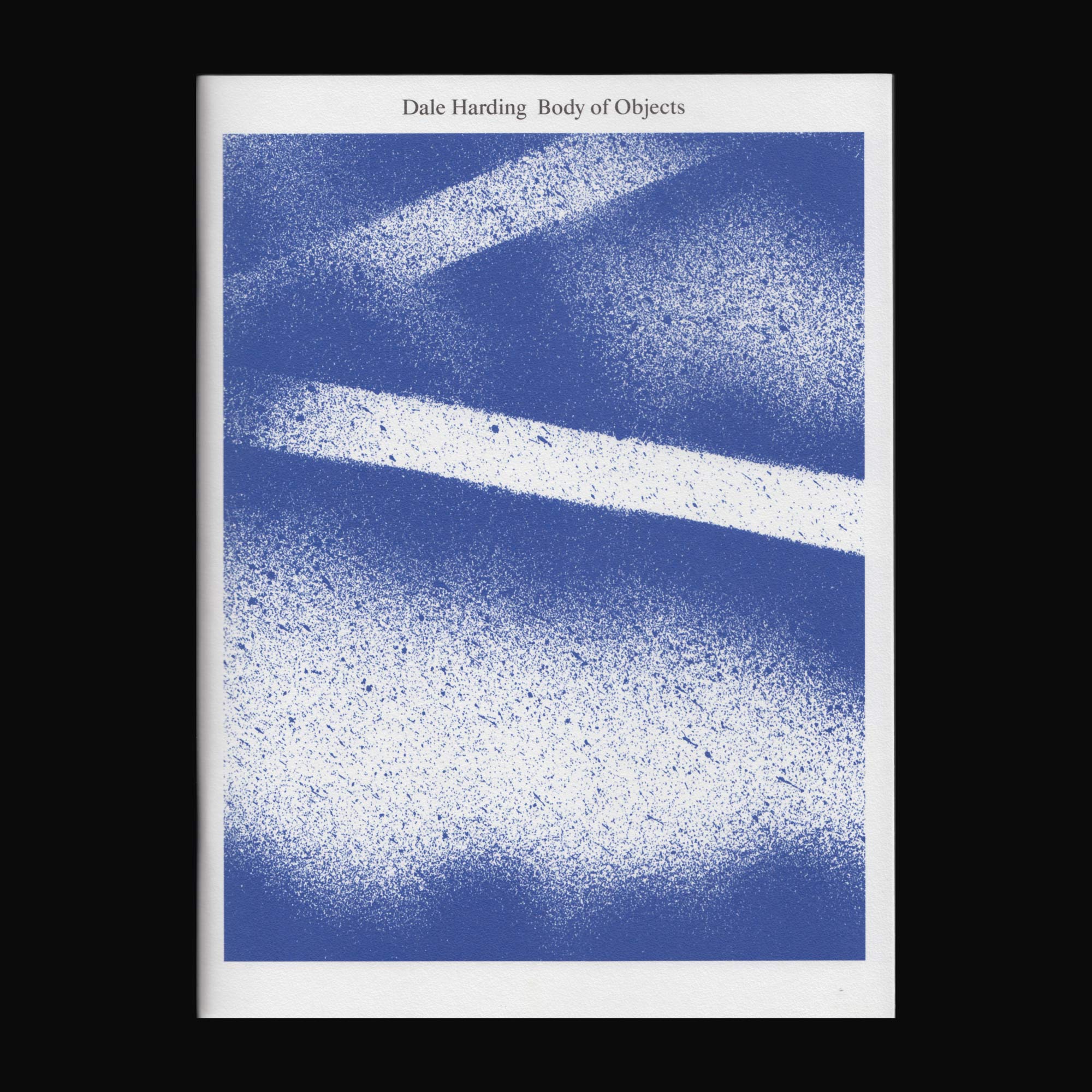 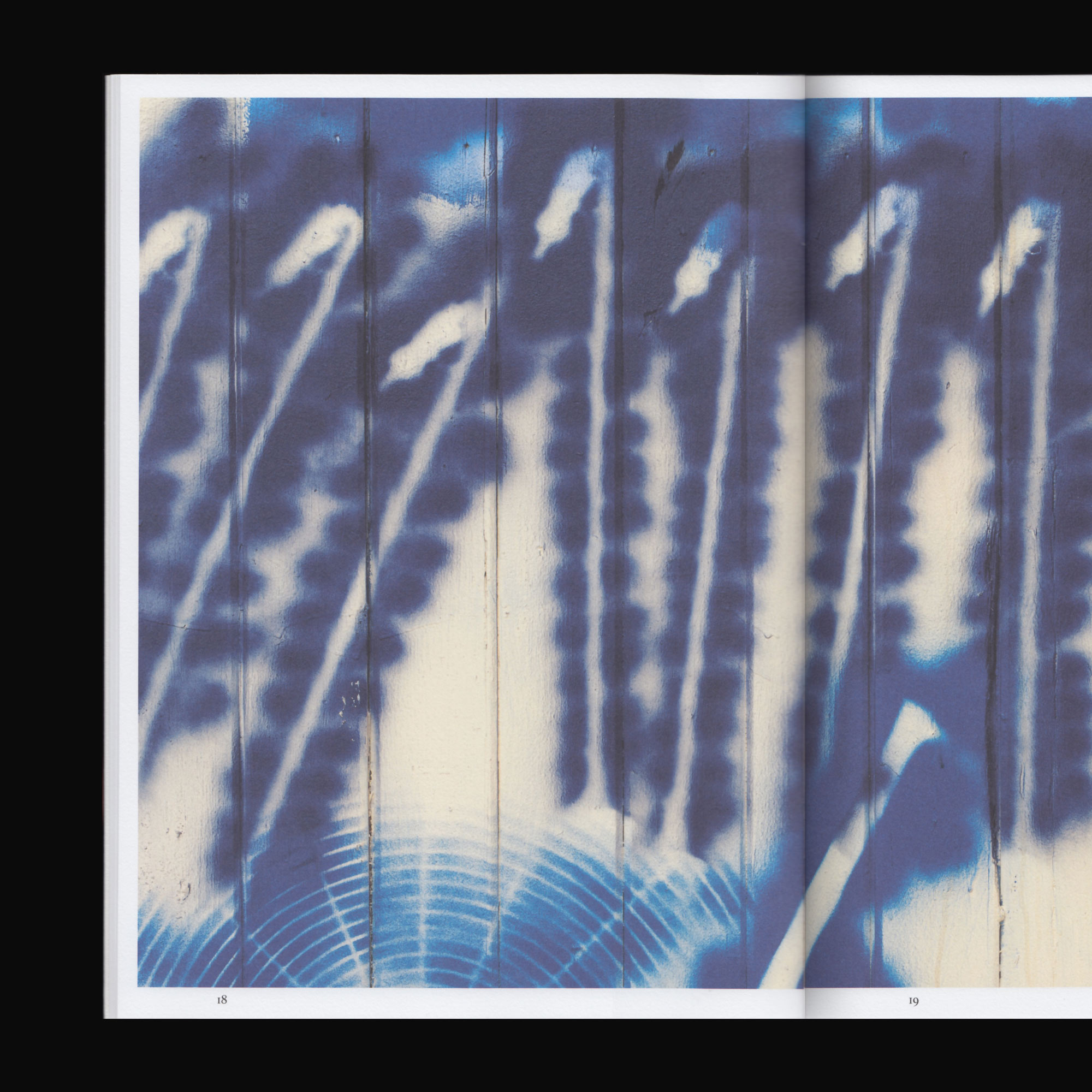 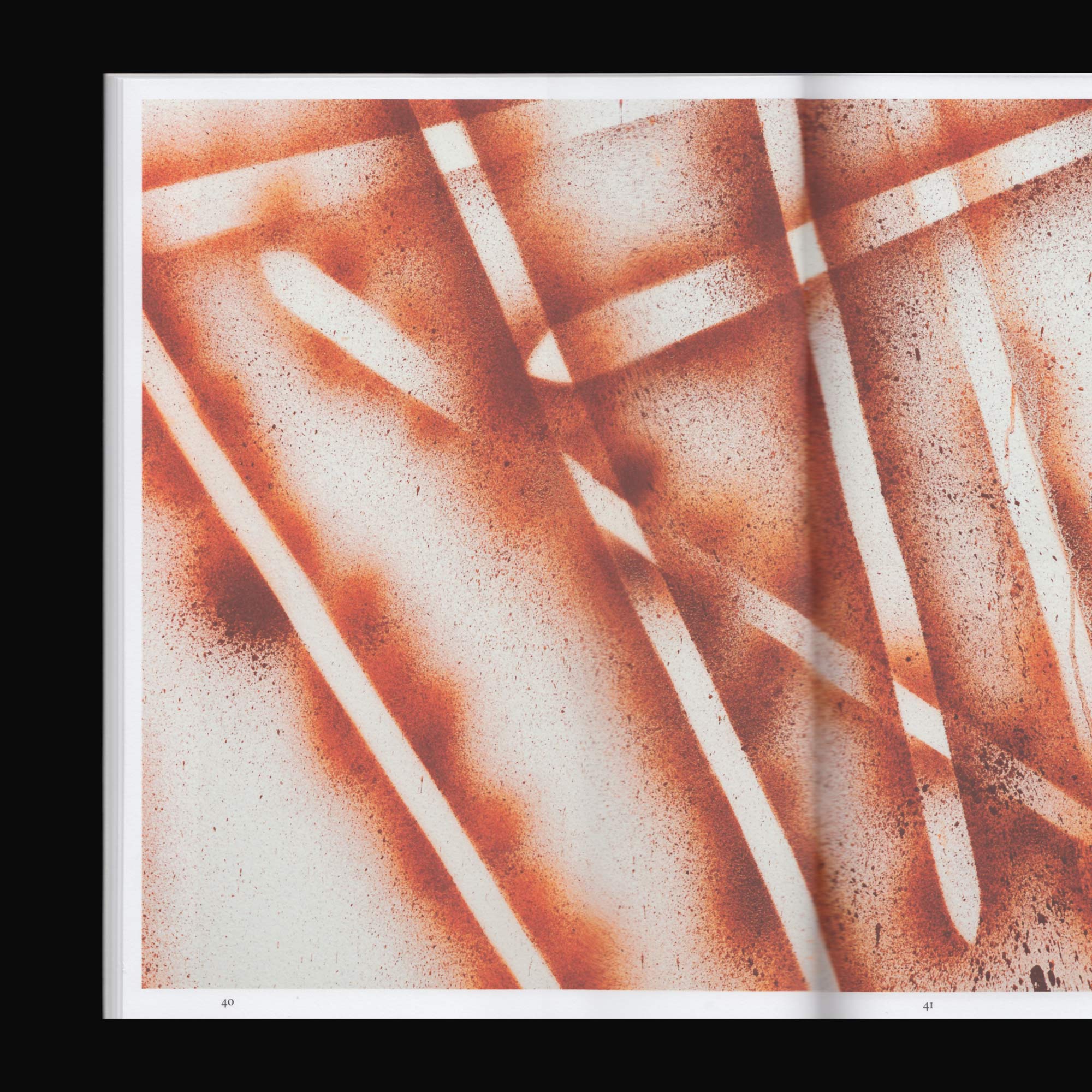 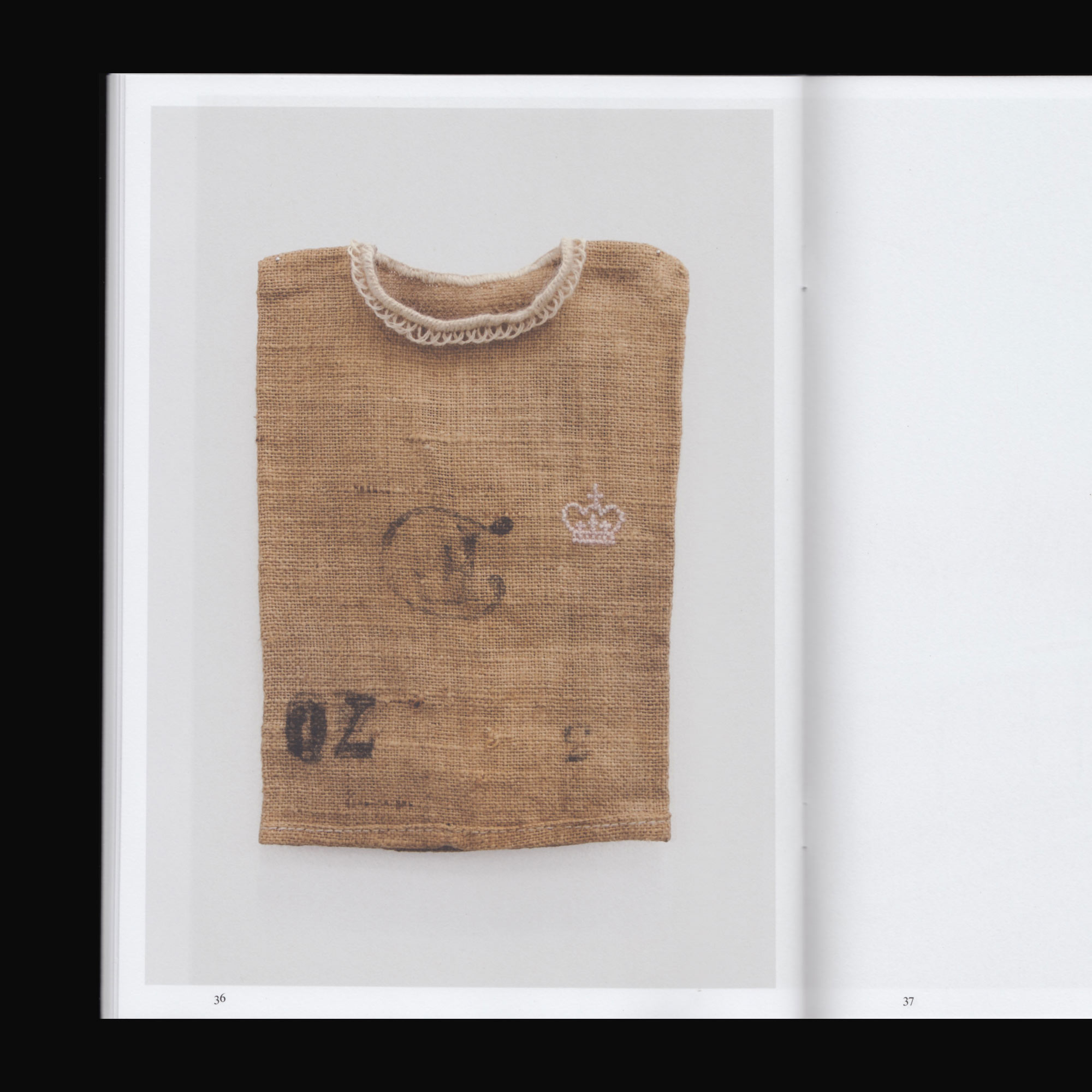 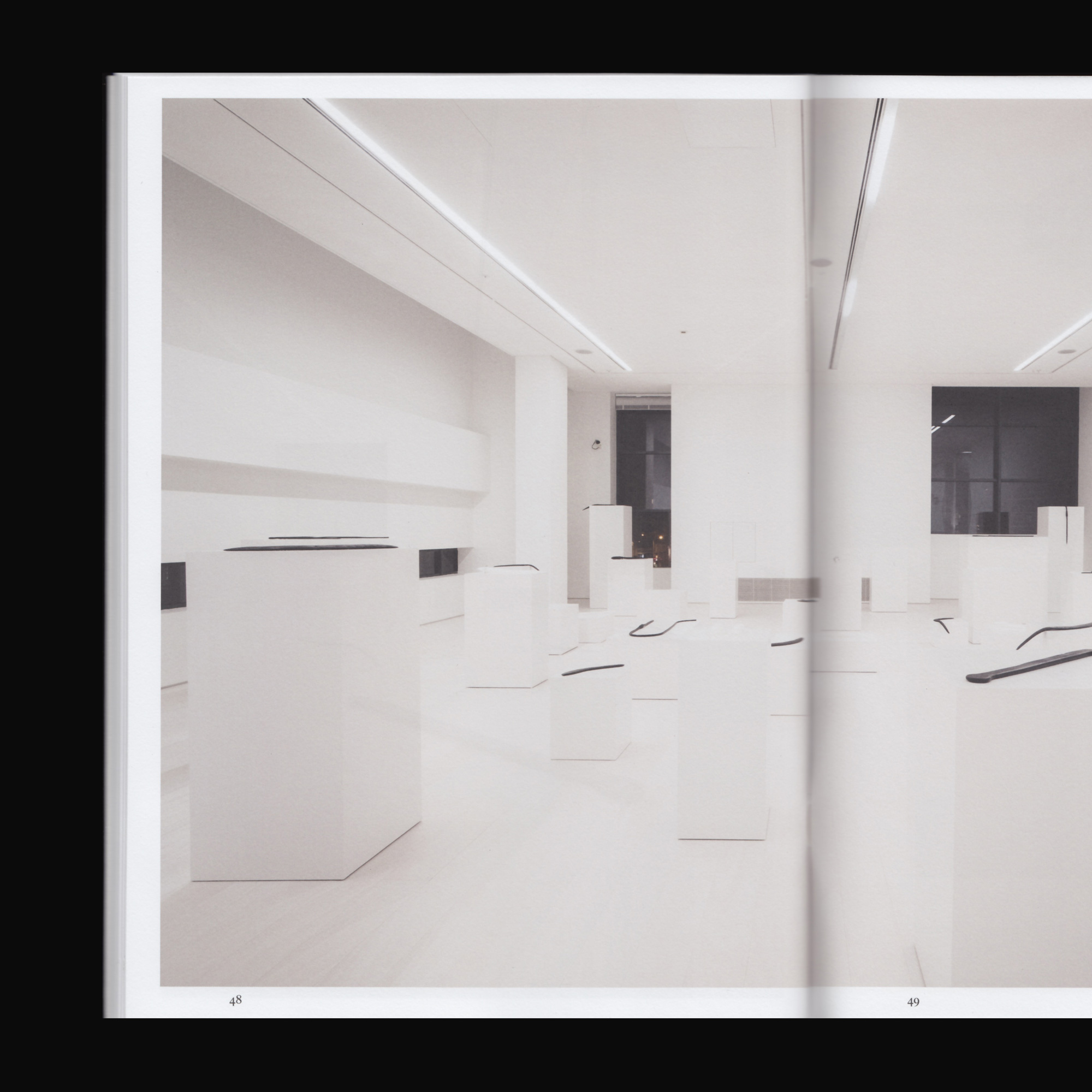 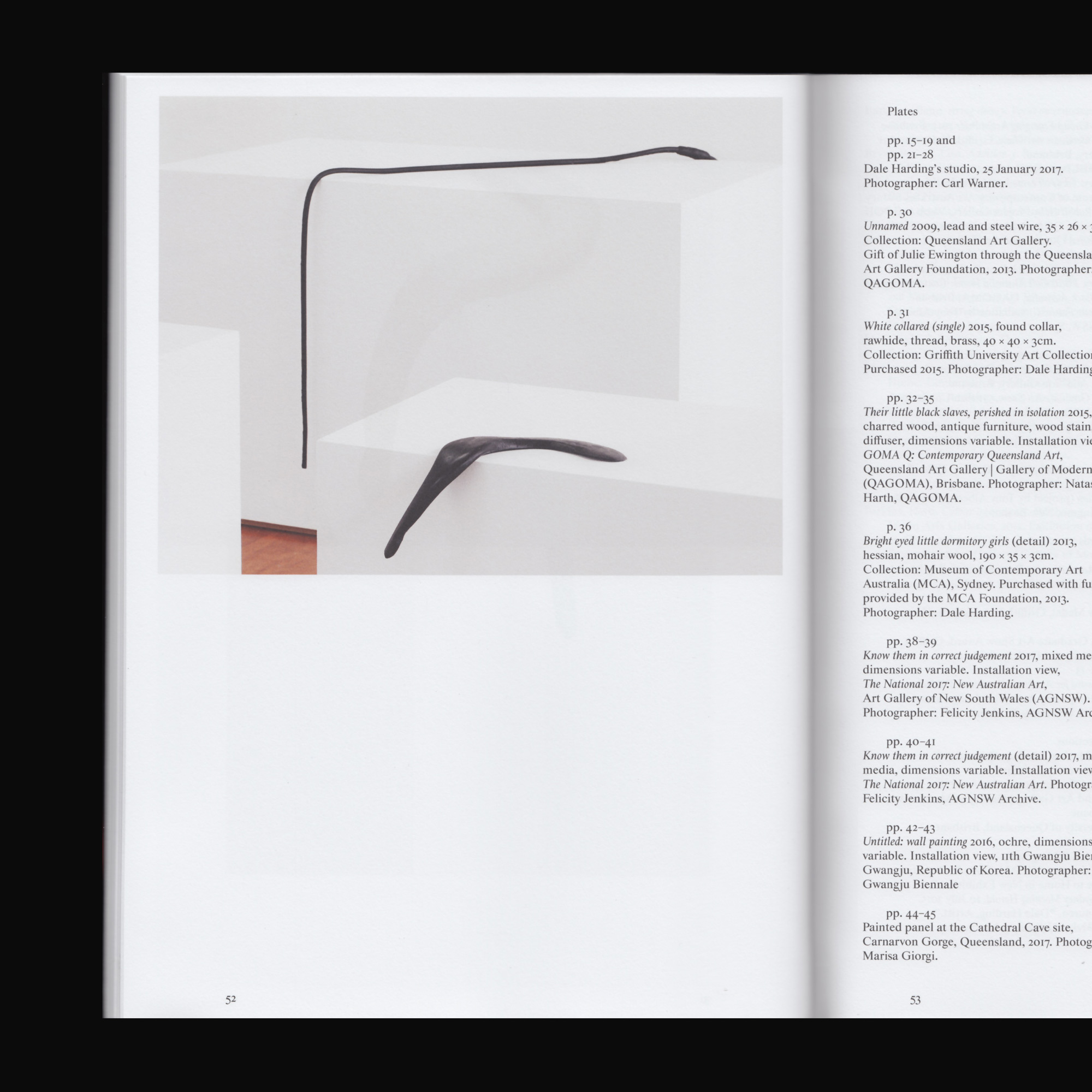 Located in what is now Central Queensland, Australia, Carnarvon Gorge is one of Australia’s most important historical and natural landmarks. For many centuries, the gorge has been a canvas on which Indigenous artists and communities have imprinted their histories, through stenciled images of weaponry and shields, domestic tools, ceremonial objects, and indexes of the human body. Brisbane-based artist Dale Harding—a descendant of the Bidjara, Ghungalu, and Garingbal peoples of Central Queensland, born in 1982—approaches the site as a map. By making copies of the represented objects, he traces their formal and material lineage, which is often embedded in the colonial narrative by their problematic inclusion in ethnographic collections and museums.