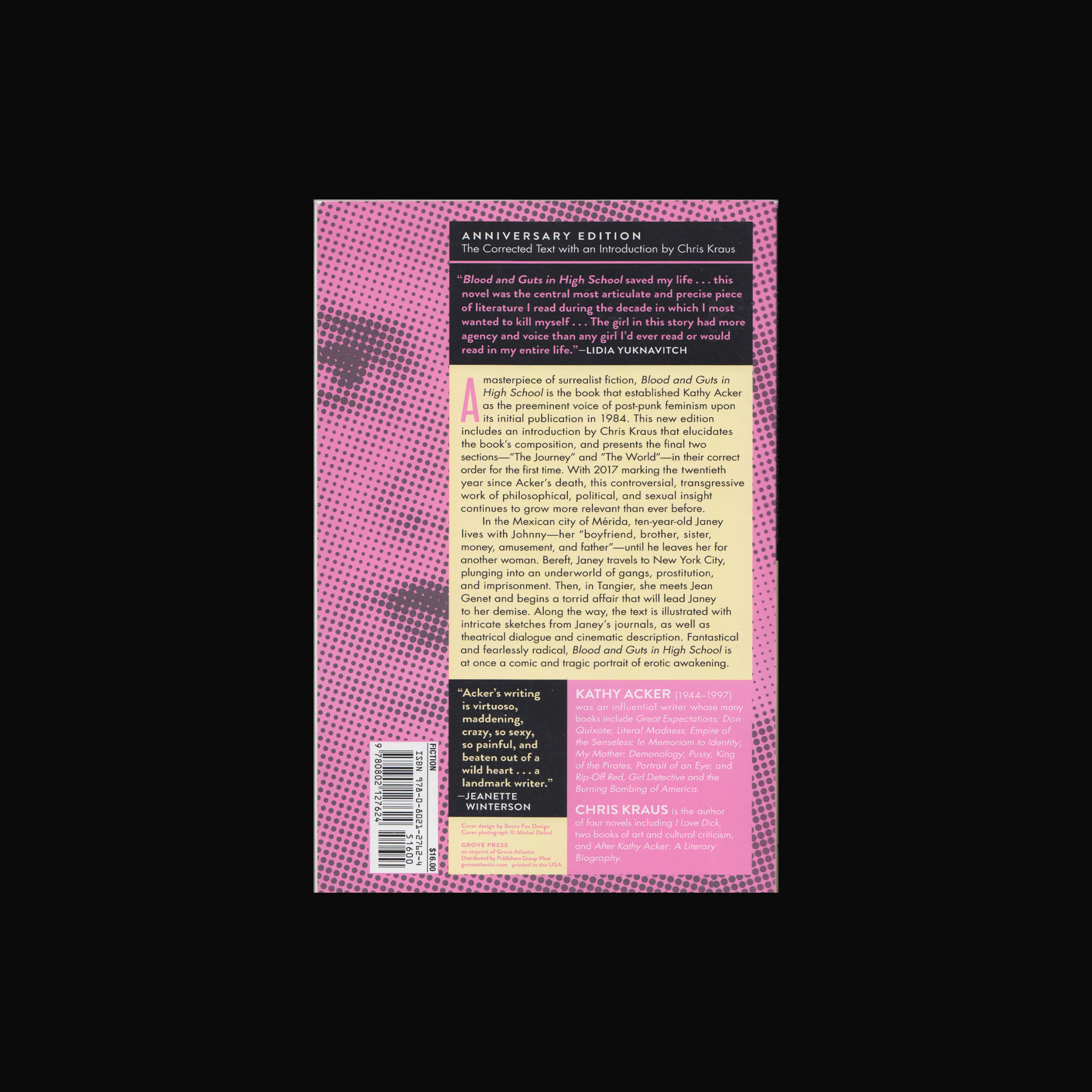 A masterpiece of surrealist fiction, steeped in controversy upon its first publication in 1984, Blood and Guts in High School is the book that established Kathy Acker as the preeminent voice of post-punk feminism. With 2017 marking the 70th anniversary of her birth, as well as the 10th year since her death this transgressive work of philosophical, political, and sexual insight—with a new introduction by Chris Kraus—continues to become more relevant than ever before.