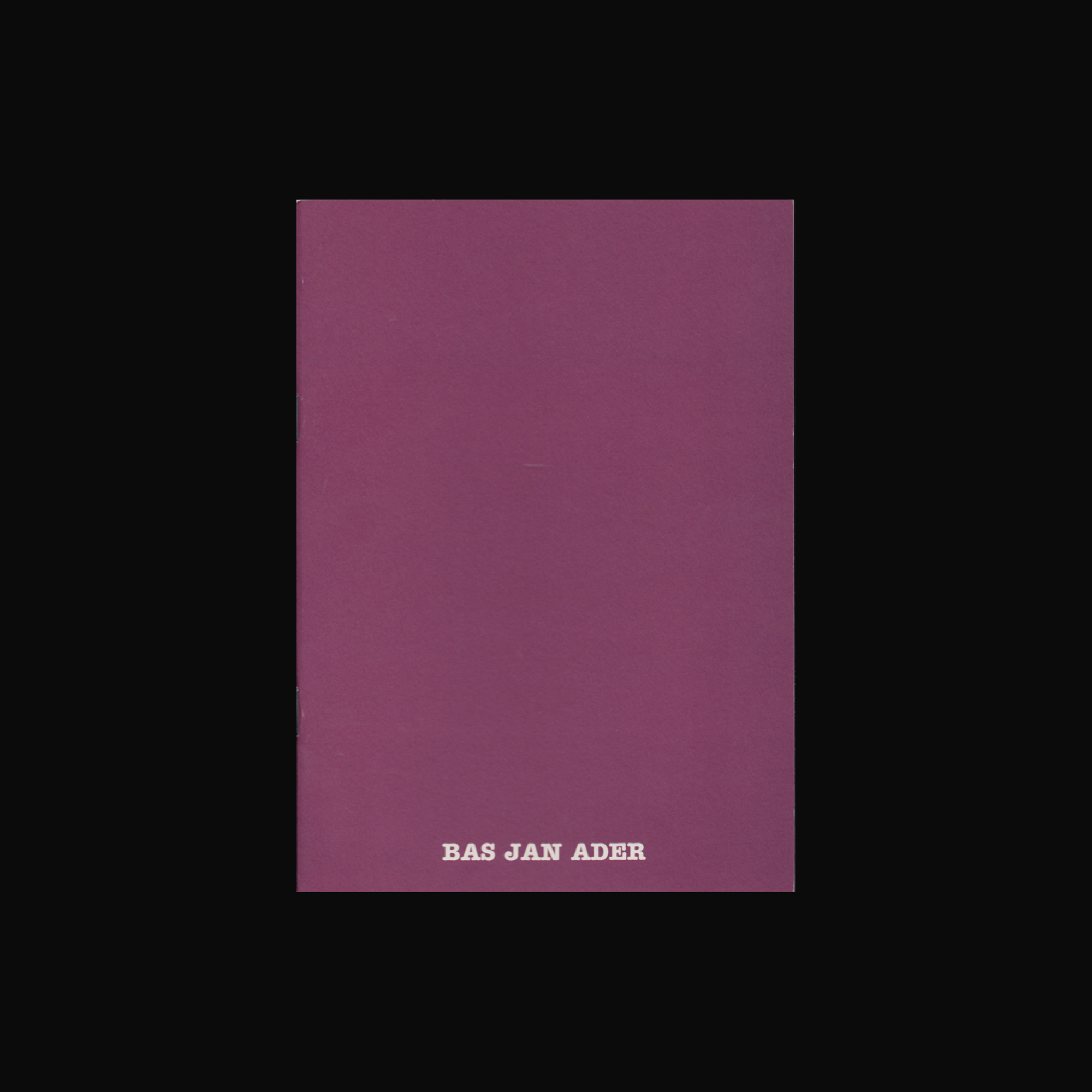 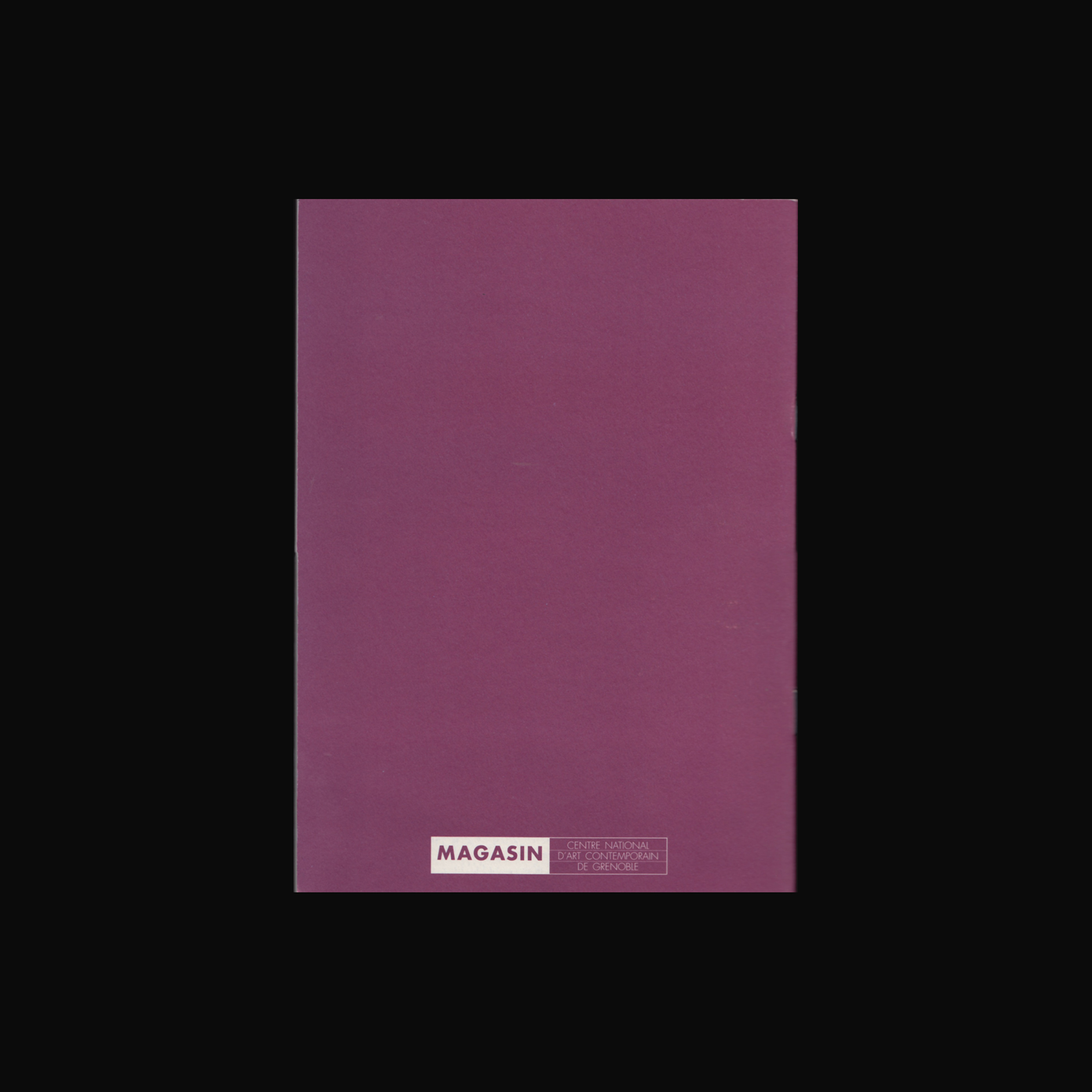 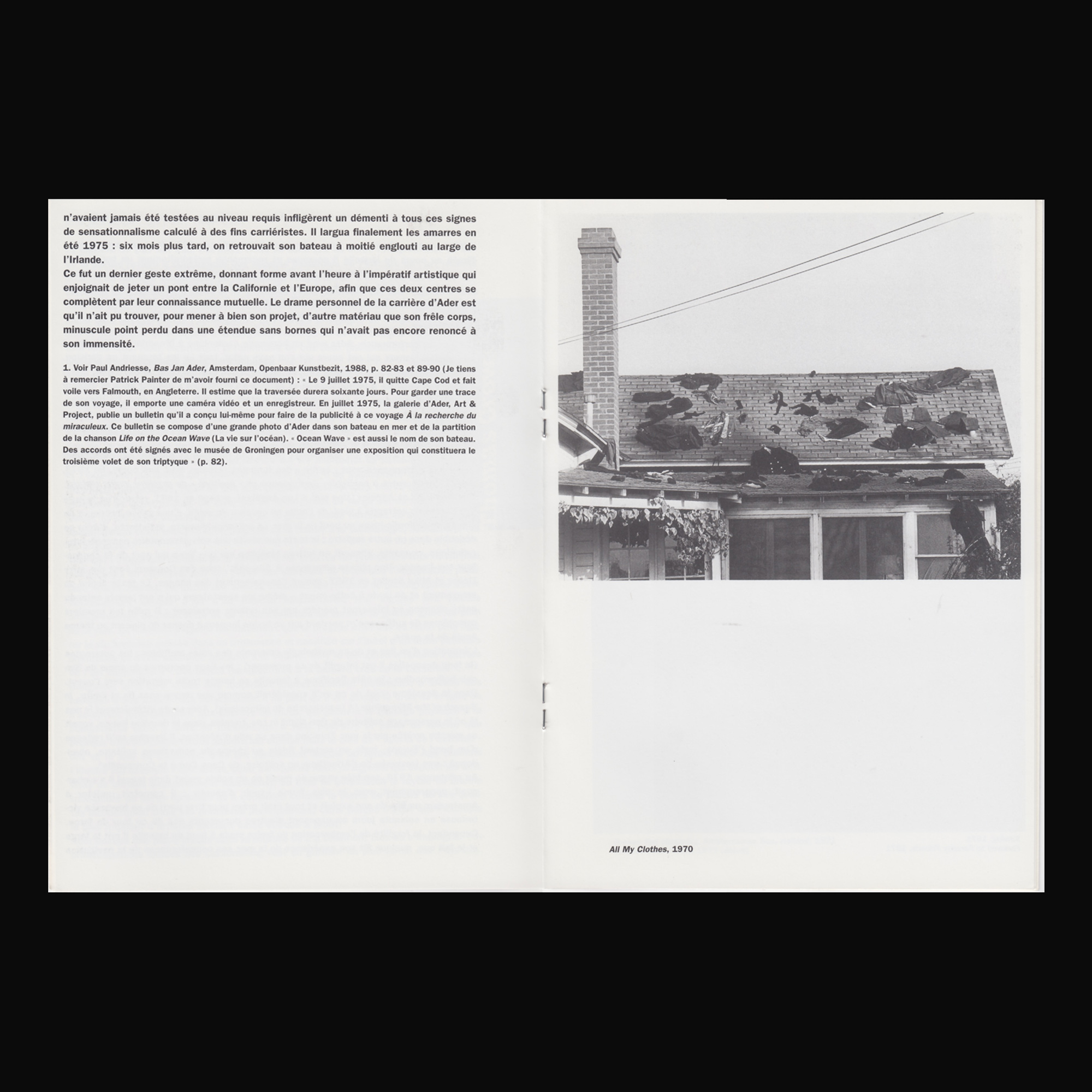 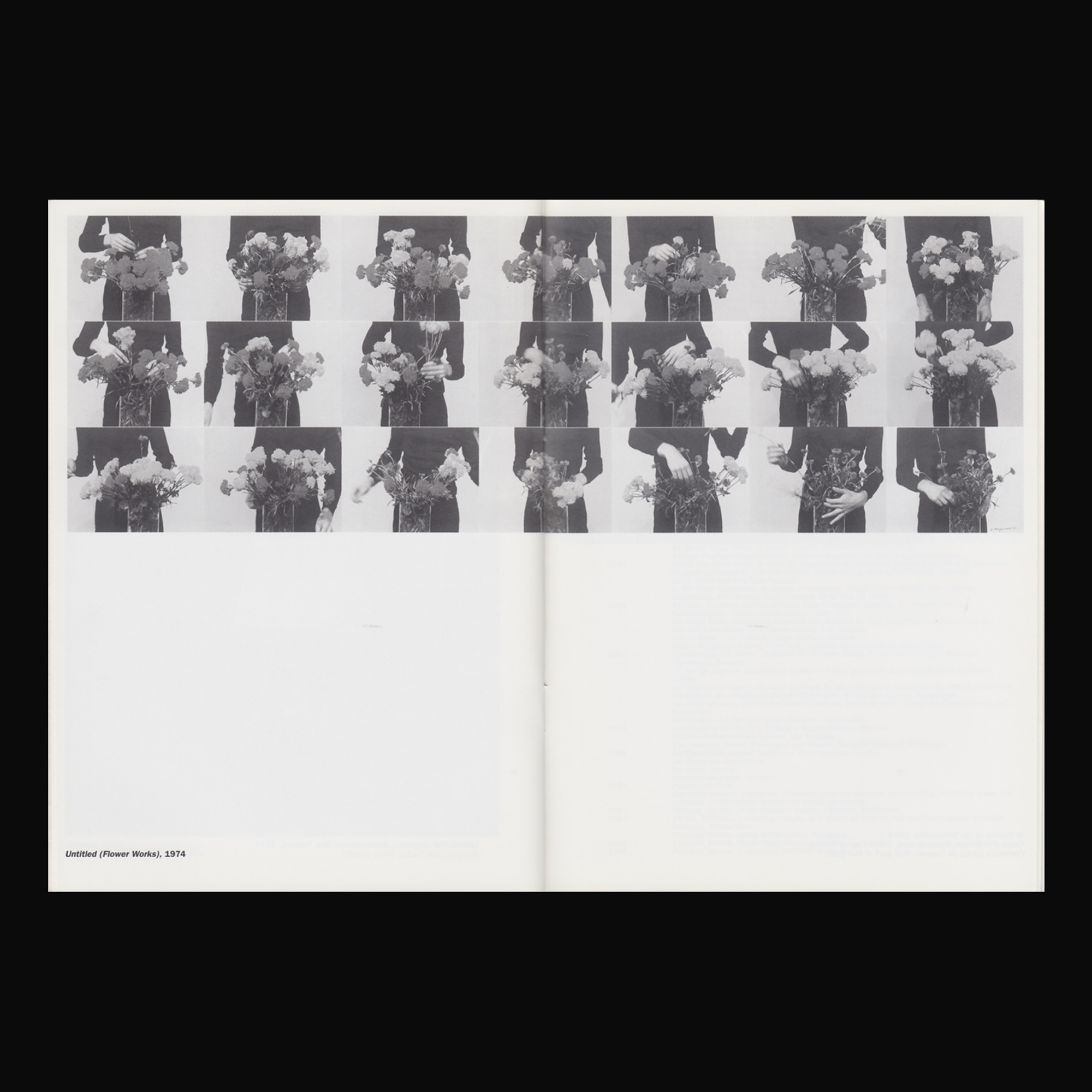 Dutch/Californian performance artist Bas Jan Ader (1942-1975) was last seen in 1975 when he took off in what would have been the smallest sailboat ever to cross the Atlantic. He left behind a small oeuvre, often using gravity as a medium, which more than 30 years after his disappearance at sea is more influential than ever before.