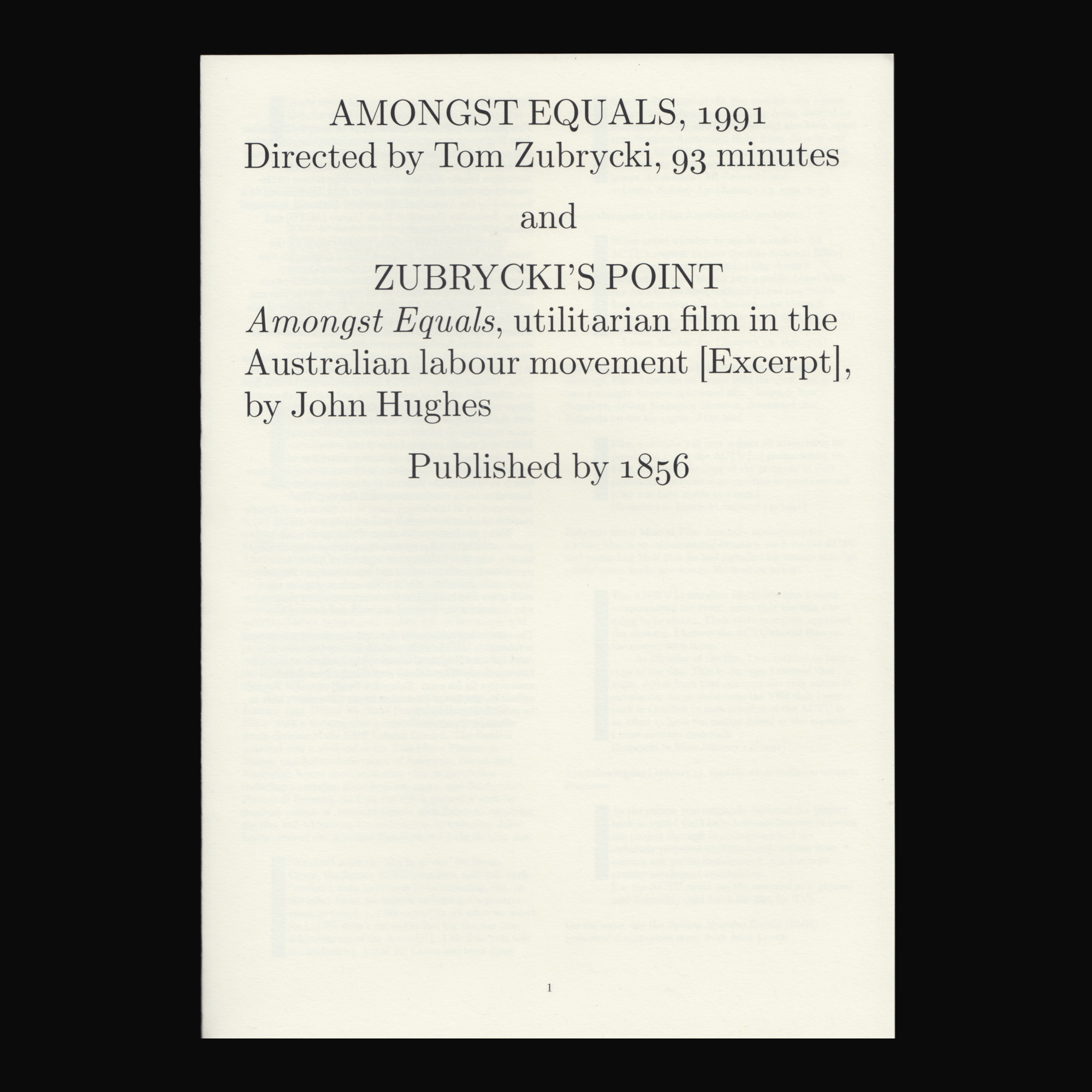 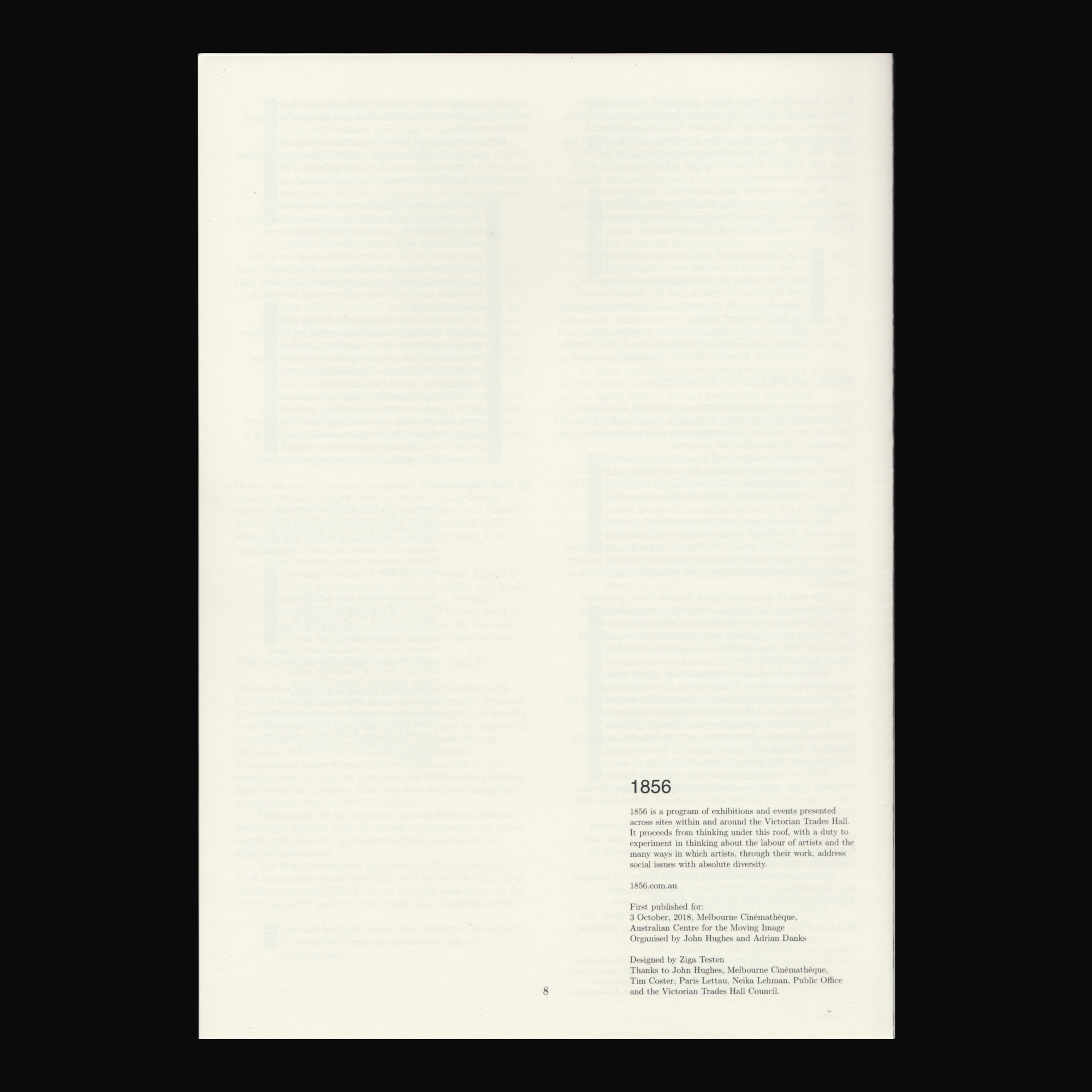 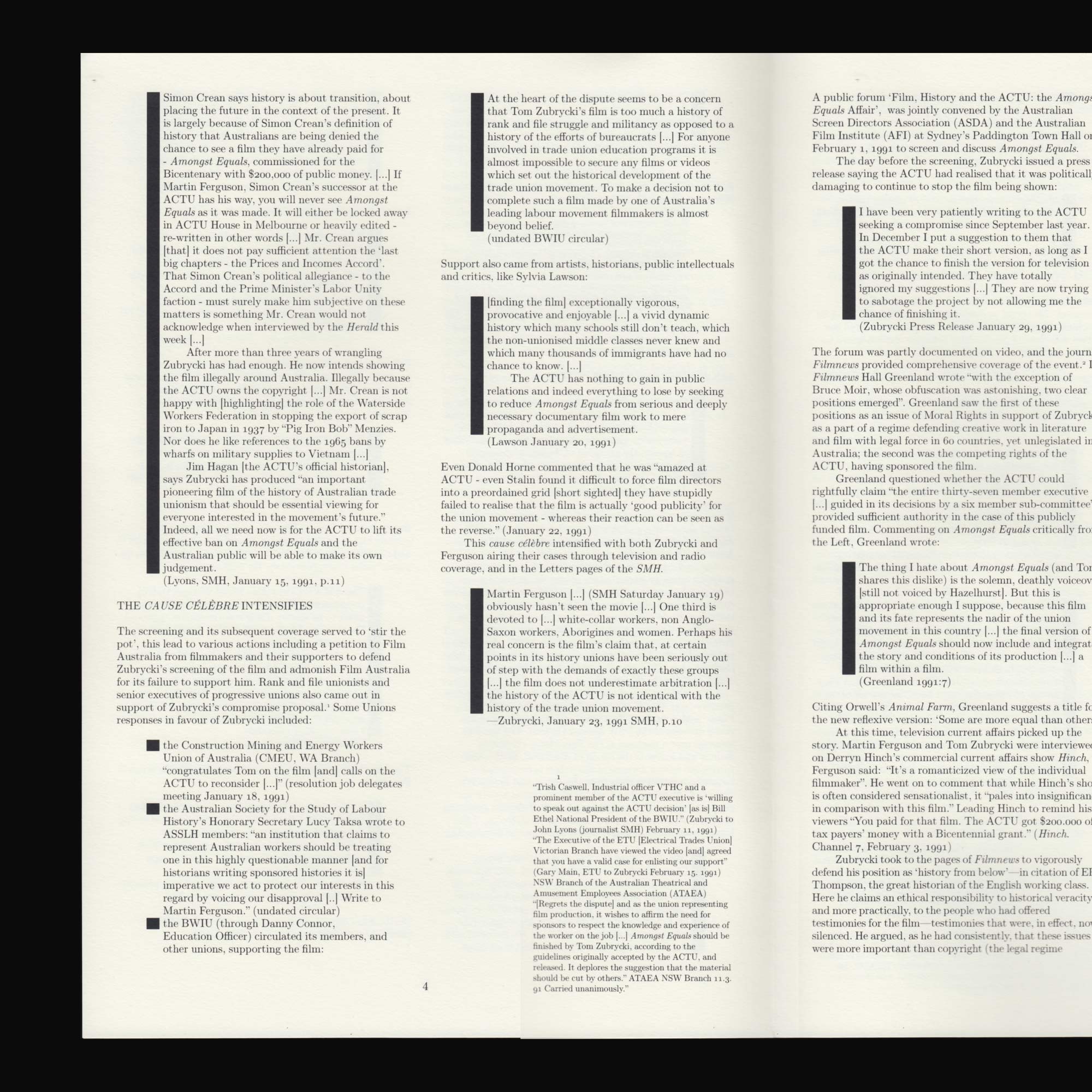 Produced the occasion of the screening of Tom Zubrycki’s unfinished documentary film on the history of the Australian labour movement, from the 1850’s up until the bicentenary of 1988. Originally sponsored by the Australian Council for Trade Unions, produced by Film Australia, and funded by the Australian Bicentennial Authority, the film was effectively censored when the ACTU rejected the film’s representation of union history.

With an excerpt from John Hughes’ manuscript for his essay Zubrycki’s Point: Amongst Equals, utilitarian film in the Australian labour movement, on the controversy surrounding the production of Amongst Equals.

More information on the screenings can be found here.