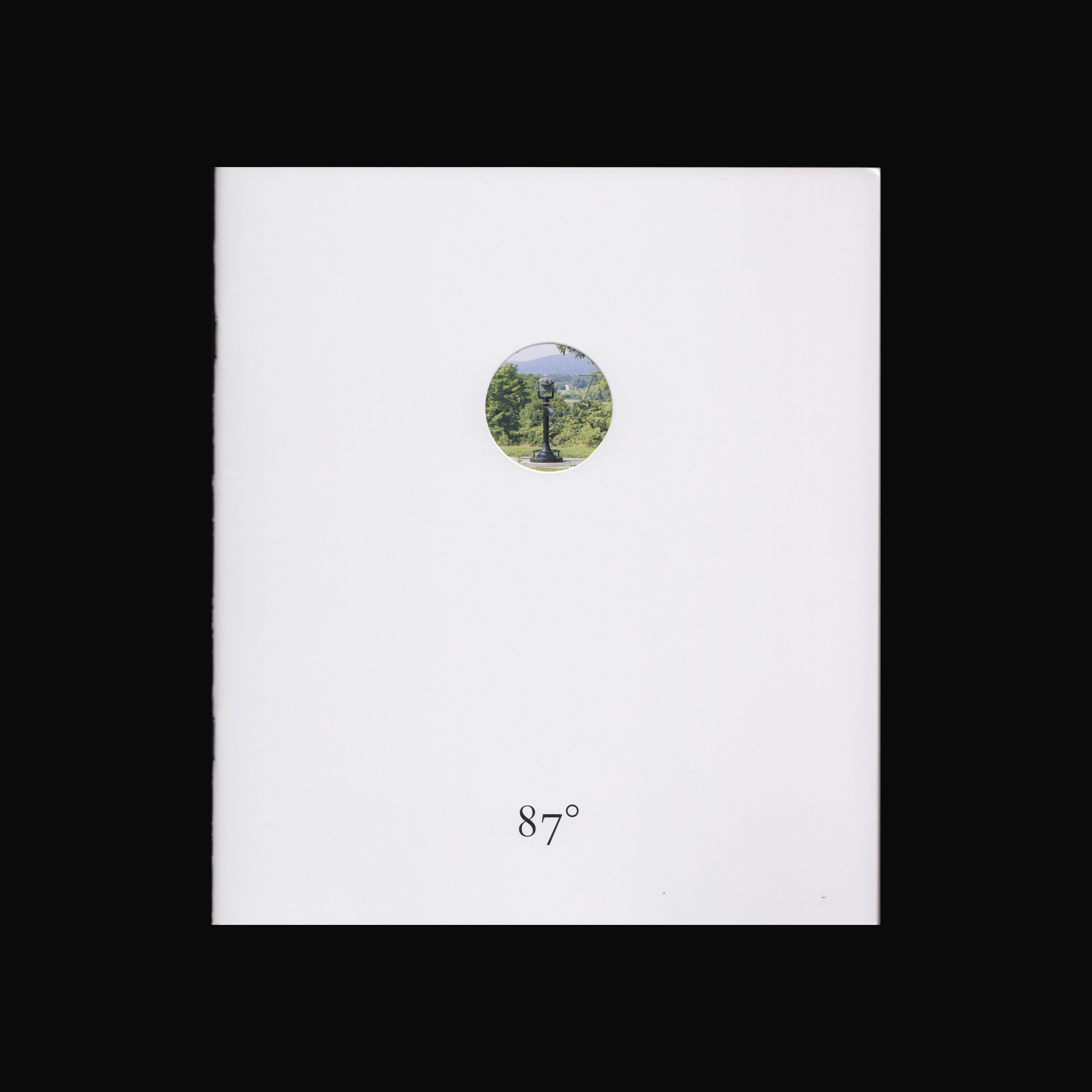 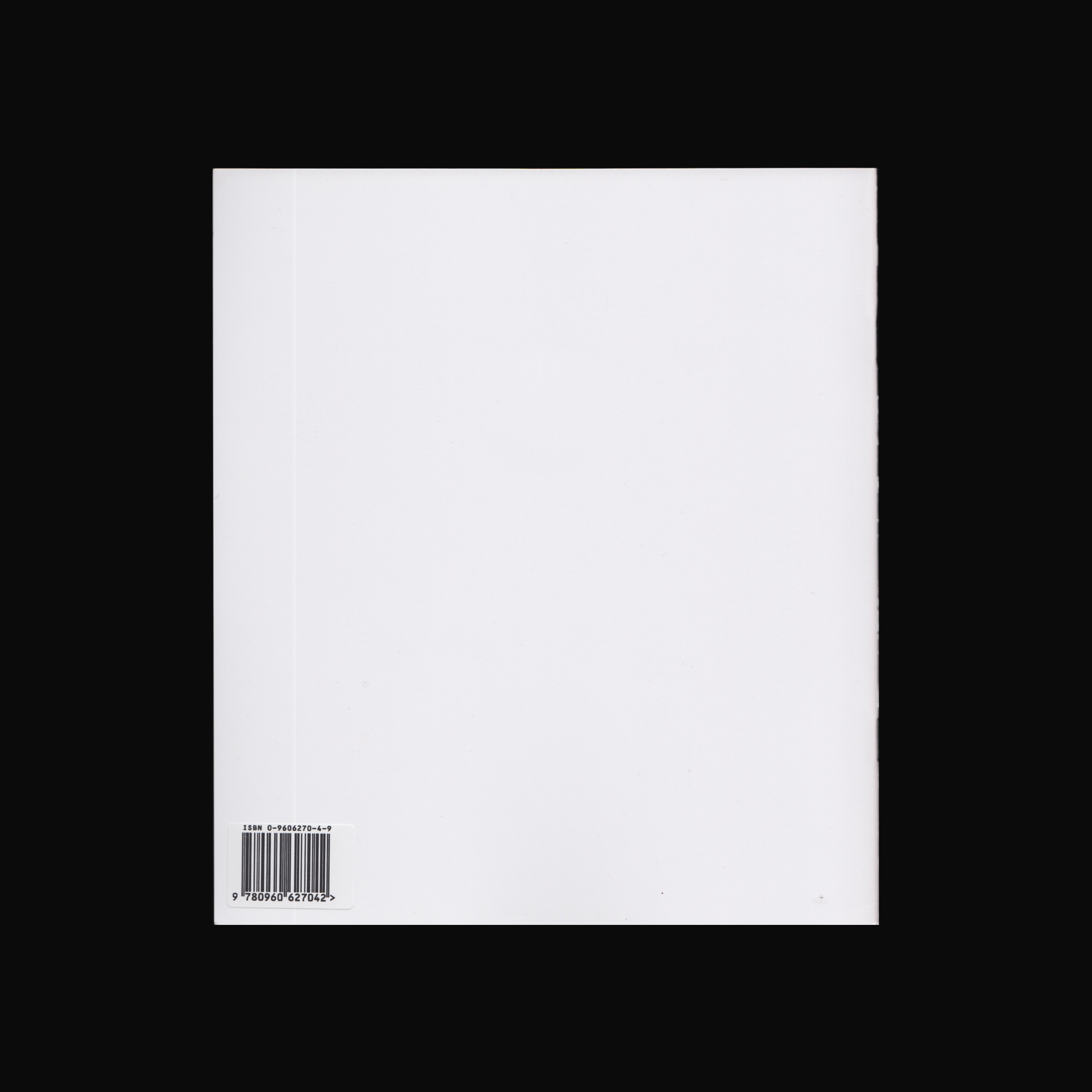 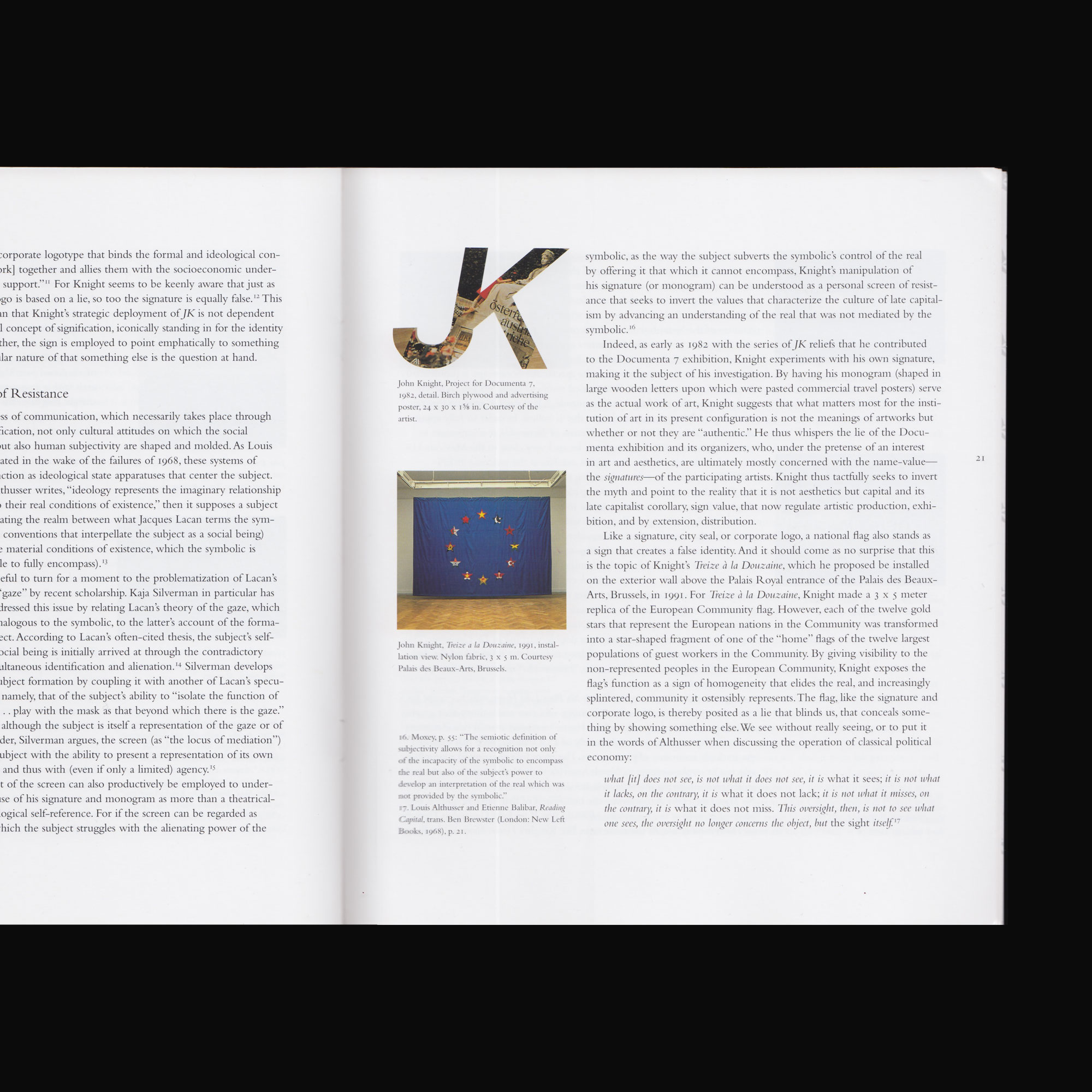 Produced to accompany John Knight’s site-specific project 87º at the Storm King Art Center. Installed on Storm King’s Museum Hill, it comprised of a telescope—similar to those used by tourists at scenic overlooks—and the view through the telescope’s lens. When directed toward the 87 degrees of the work’s title, the telescope focuses in on a rounded water tower, erected by the former Star Expansion Company in 1958, just south of Storm King’s property. In prioritizing this viewpoint, Knight conceptually connects Storm King’s pastoral hills with the industrial production just beyond them. Star Expansion Company, which manufactured industrial fasteners, was owned and operated by the family that founded Storm King.